Converting a ATC250R into a quad 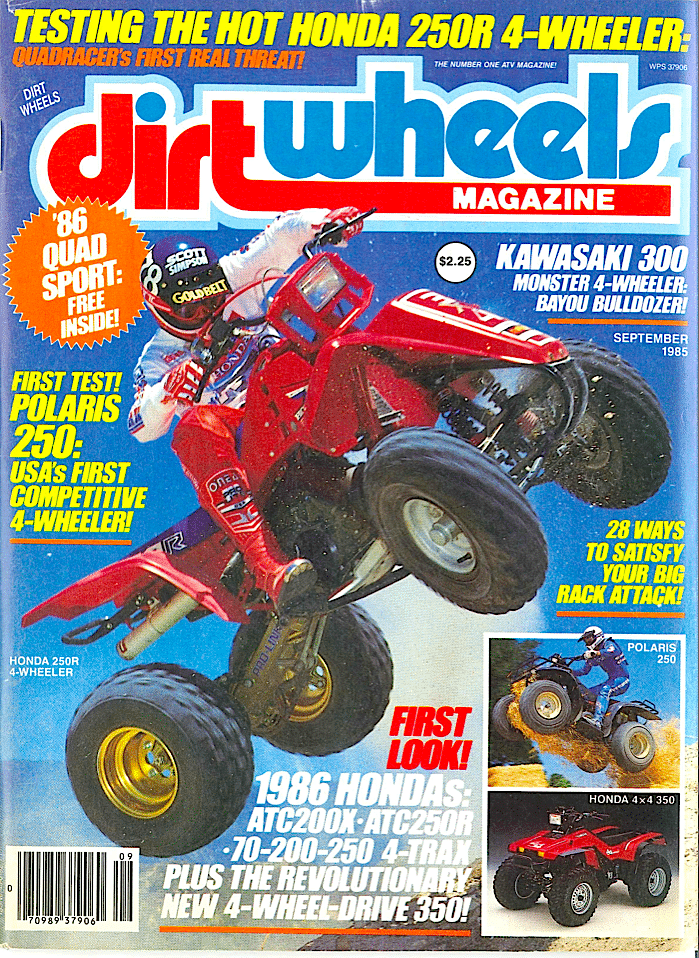 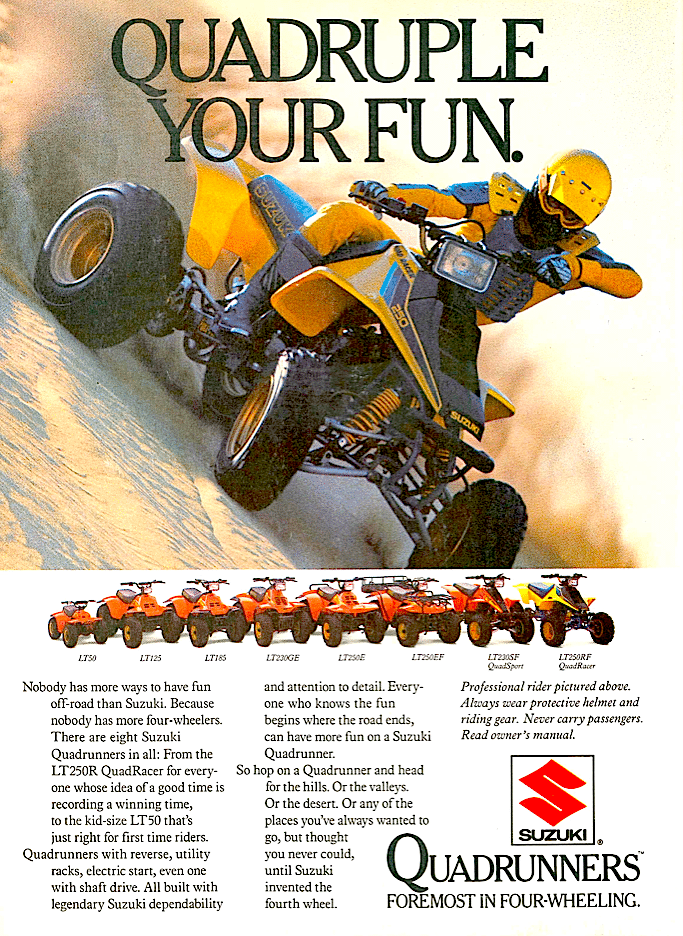 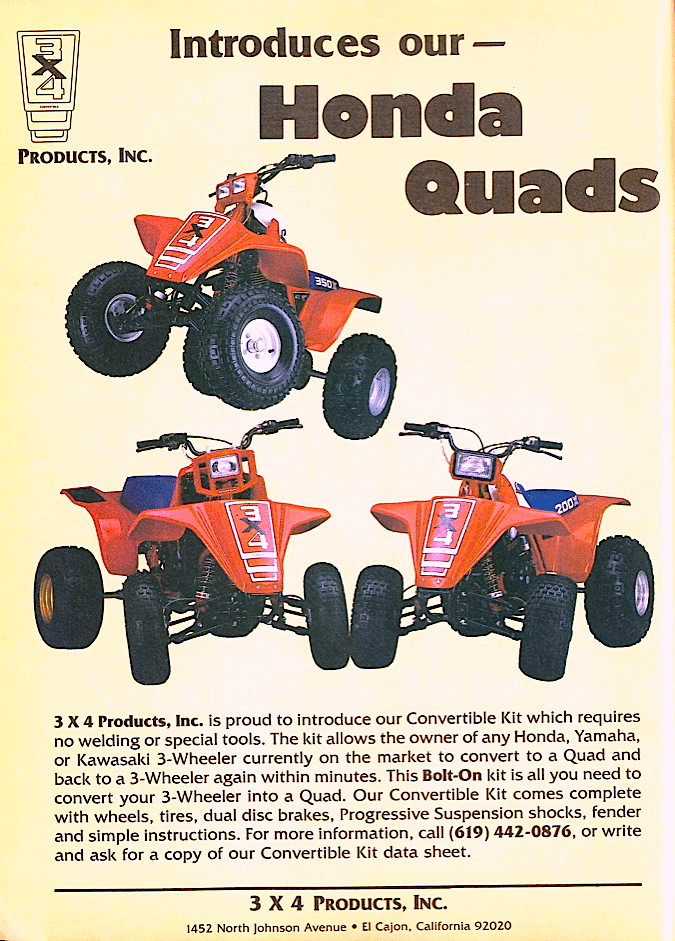 When the 1985 Suzuki Quadracer 250 came out it instantly won our shootout between Honda’s ATC250R, Kawasaki’s Tecate 250, and Yamaha’s Tri-Z250. At that point, everyone knew that Honda, Kawasaki, and Yamaha would have to come out with 250cc, 2-stroke quads too.

While waiting a year for that to happen, 3 to 4 wheel conversion kits became available. The Dirt Wheels crew got a hold of one and turned an ATC250R into a quad. Below is the full test as it appeared in our September 1985 issue. 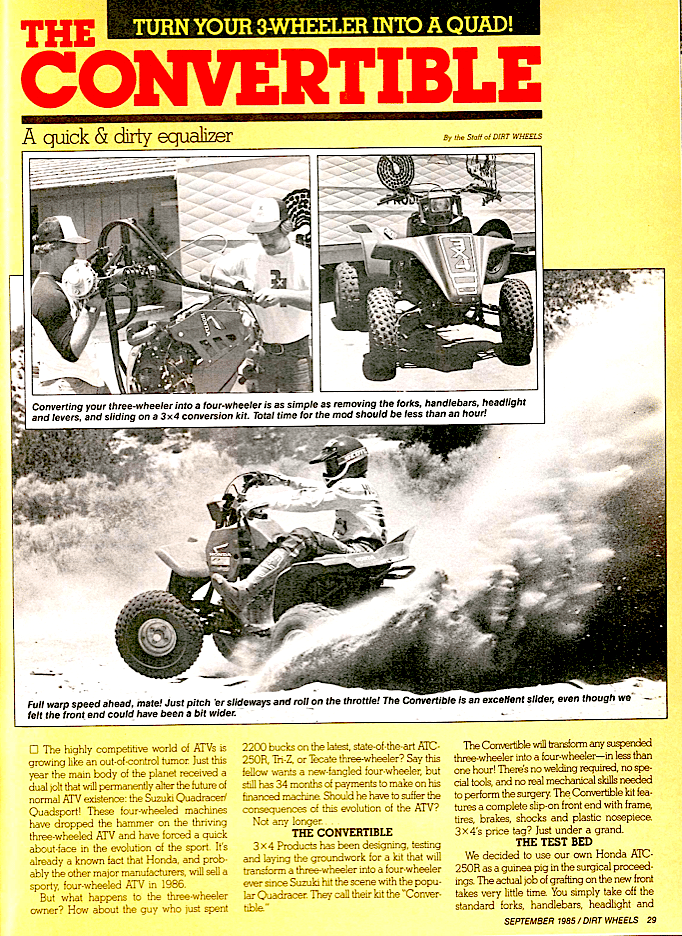 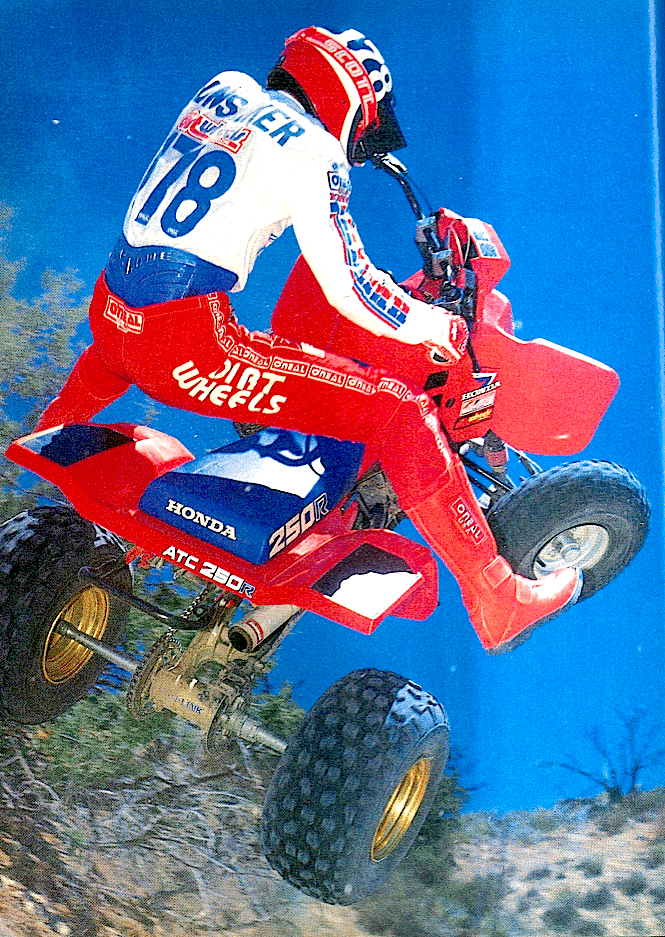 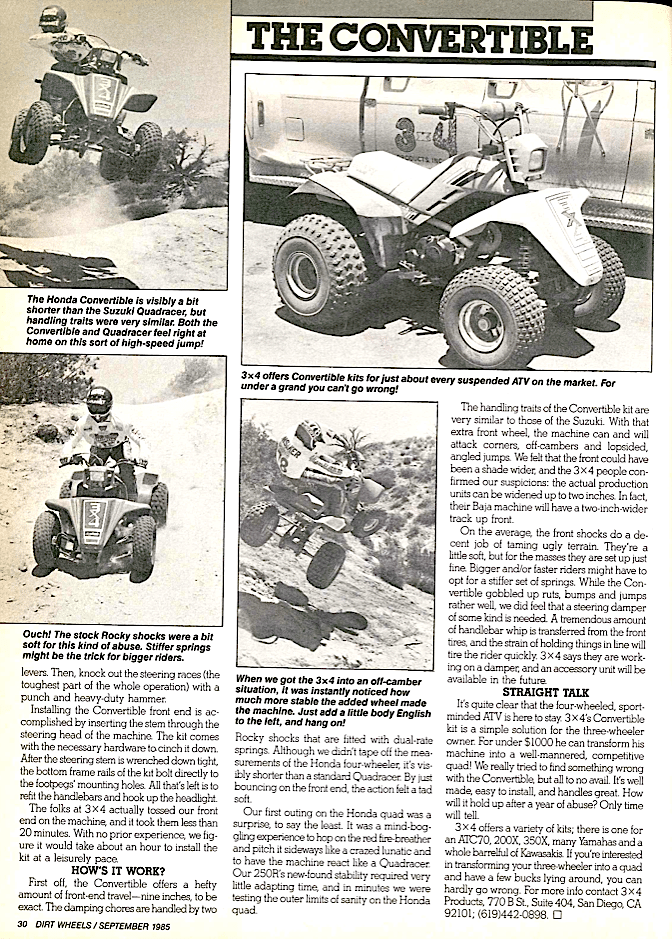 HOW TO: CHOOSE SKID PLATES