The 2016 UTV World Championship race was held in Laughlin, Nevada February 18-20 presented by Mad Media and UTV Underground. This years event started off with tech and contingency on Friday and racing starting early Saturday morning. Racing started with the ATV and Bikes leaving the line at 6:30am with a 9:30am finish time. The track consisted of a 14 mile course going through the desert. The ATV race had tough battles in all classes leaving some racers victorious with wins and others broken on the side lines. ATV Pro winner was Jeremy Gray and Robbie Cockrell aboard their Honda TRX 450. 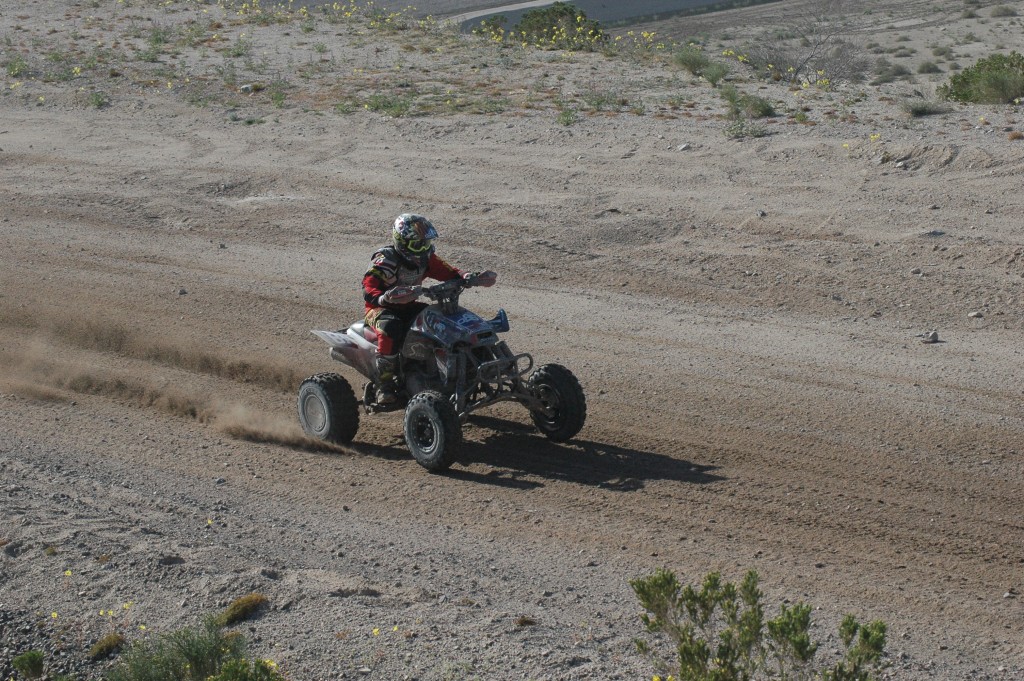 The Desert UTV World Championship race started at 10am tackling the course for a brutal four hours. On the first lap Brandon Sims had the lead then later falling back with mechanical issues. Racing action was on fire with fierce battles and even a local power plant catching fire Friday night putting the town in complete darkness with no power for hours. At race mile 6.5 one racers day was cut short with a fire making the vehicle unable to continue on. Another car caught fire at the same race mile hours into the race taking them out of a finish.  No injuries were reported for the driver’s and co-driver’s.  Eventual winner after the grueling four hour race was Justin Lambert in his Cognito Motorsports Polaris RZR. 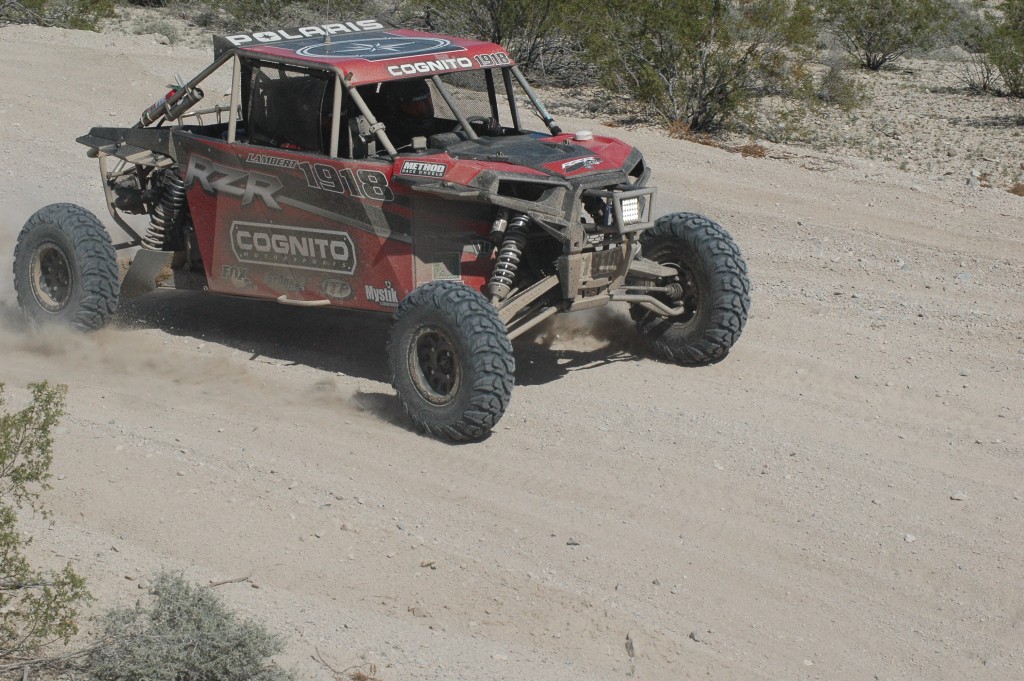 For a complete race write up and photos check out the May issue of Dirt Wheels Magazine. 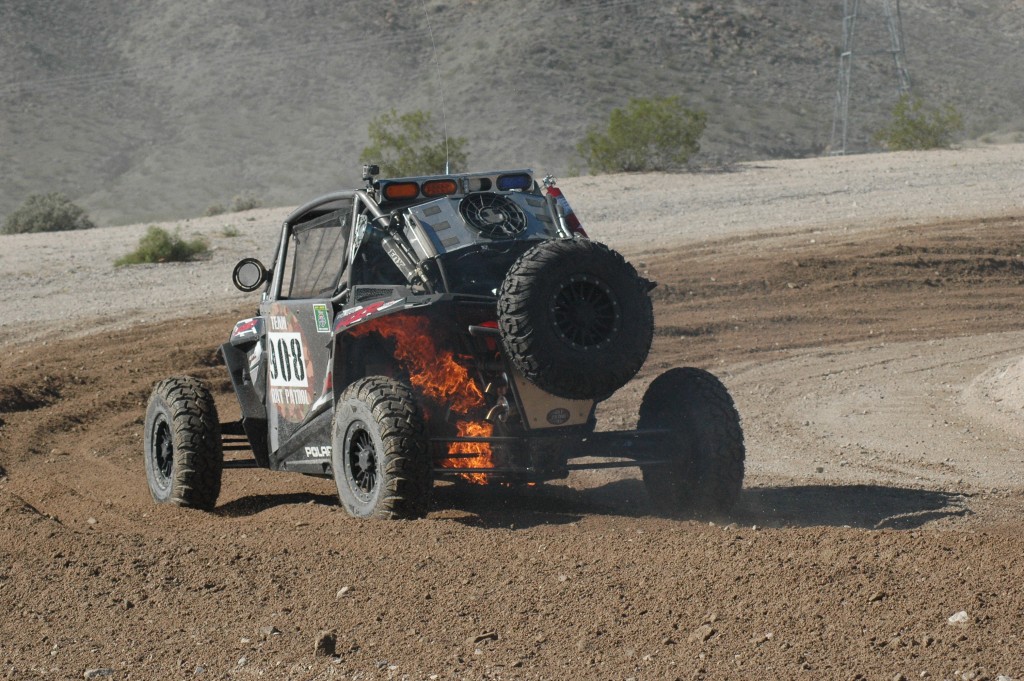 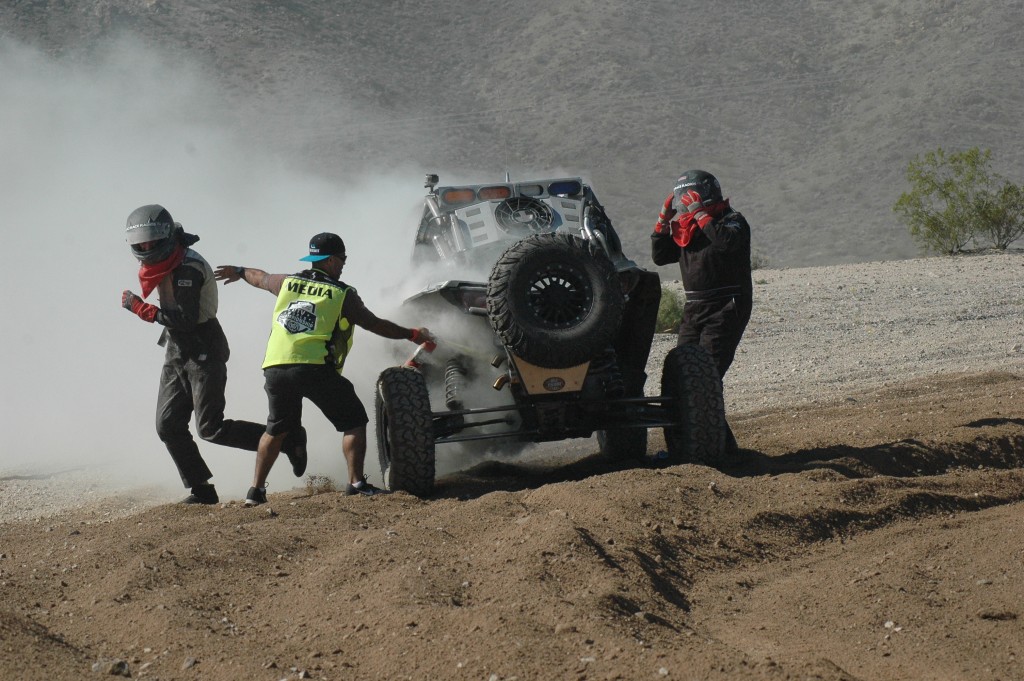