— Before getting in the machine we checked out all the information on what the RZR Dynamix is suppose to do. What we’re calling “Smart Suspension” is its ability to electronically adjust the shock settings on the fly, and it does so very quickly. 200 times a second the ECU is monitoring readings from seven different sensors and adjusting individual shocks to be stiffer or softer as needed. 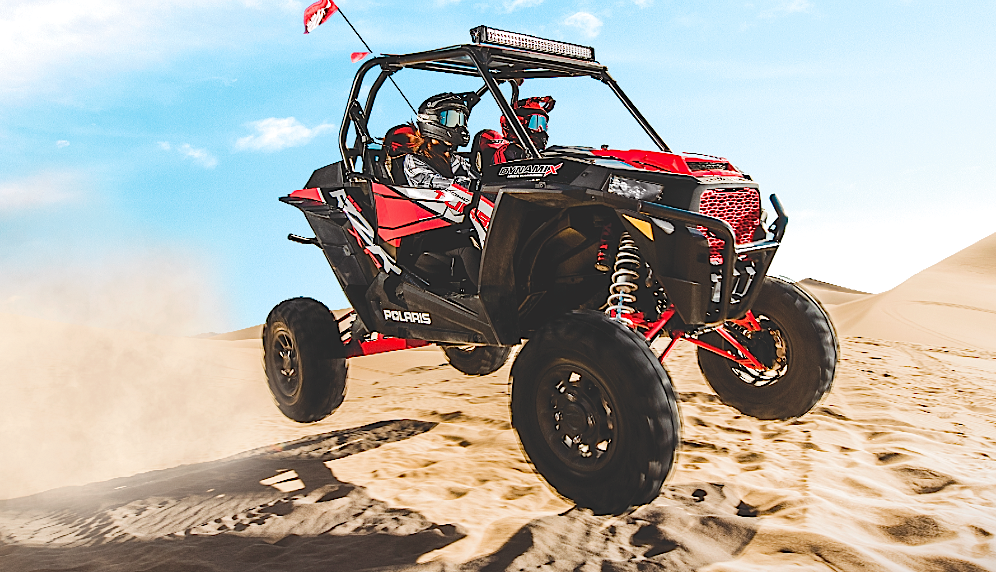 For example, when you hit the brakes, the front shocks get stiffer to control nose dive. When driving around a turn the outside shocks get stiffer to reduce body roll. Under hard acceleration the rear shocks stiffen up to reduce squat. It’s suppose to make adjustments to each corner within milliseconds while you’re driving hard from one turn to the next, and it even knows when you’re flying through the air after being launched from a jump. The shocks get stiffer for the first second upon landing, then soften out. 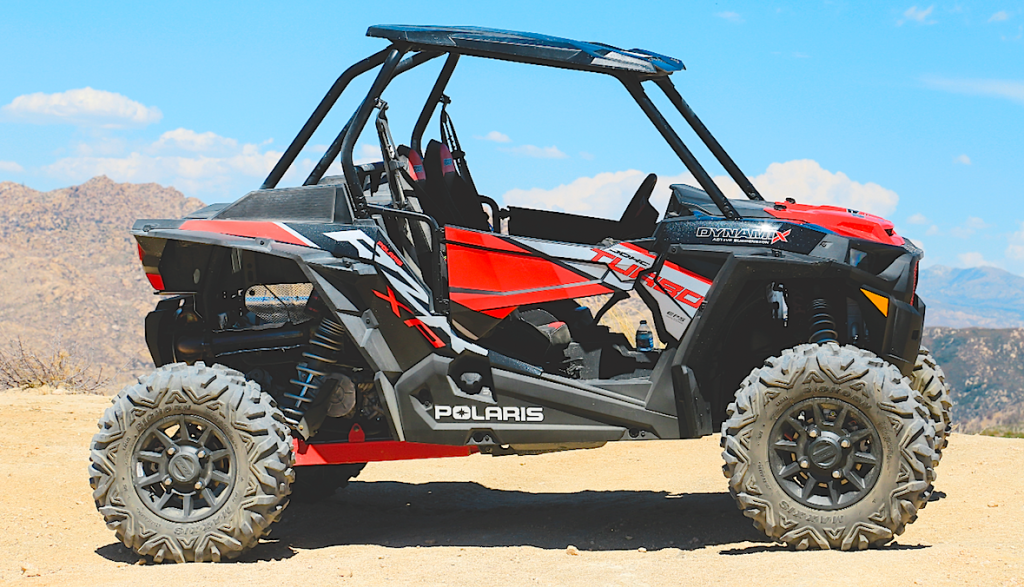 This all sounds great in theory, but how does that translate to real seat-of-the pants testing? That is our job to find out. The Dirt Wheels crew has just begun putting the 2018 Polaris RZR XP Turbo Dynamix through a tough torture test and we’ll reveal our final thoughts when the test is complete. What we can tell you now is you’ll definitely want to read what we learned when the test appears is the next issue of Dirt Wheels.

Until then, here are some photos you might enjoy of the RZR Dynamix in action. Stay tuned for more to come.