The event was held at Mesquite MX on the track’s motocross circuit combined with its desert off-road section. Sunday’s SXS Pro Production race turned into a battle of attrition with the off-road section taking its toll on the field. Especially difficult were the deep ruts, square edges, and silty whoops which took out many top competitors including Beau Baron, Cody Bradbury, Cody Miller, and Hunter Miller.

While Haagsma got the jump at the start of the race, he only briefly held the top spot as Leaverton passed him going into the off-road section. From there Leaverton drove a smooth and flawless race to turn in the victory. The win puts him in the points lead, but Haagsma is close behind.

“After that DNF at Havasu we needed a win,” said Leaverton. “I didn’t get many points on Davey, but every point counts and we’re going for this championship. The track was brutal; it was as rough as I’ve ever seen it. I’m just thankful to be back out here doing what I love, and to get the win.” 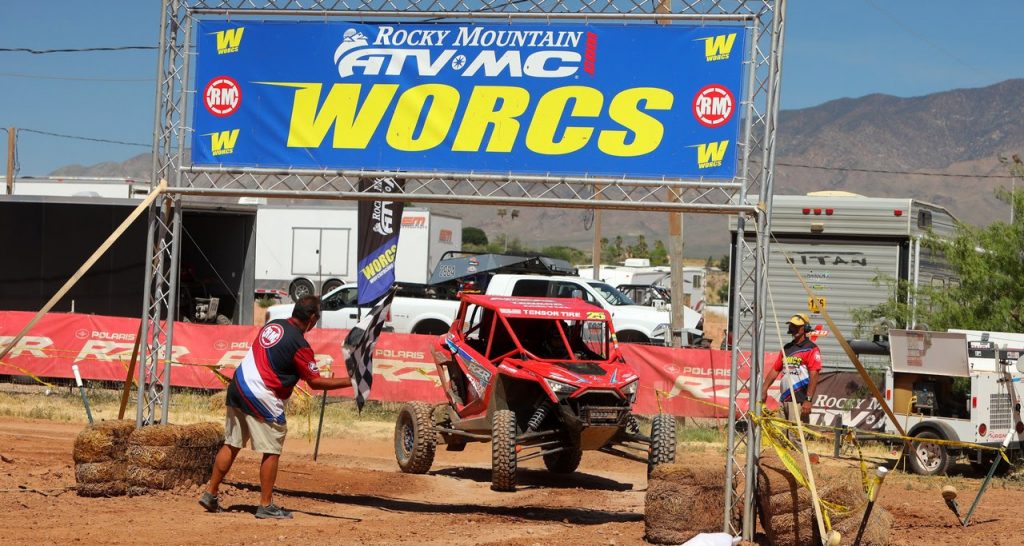 After falling to second, Haagsma observed the carnage around him and wisely backed it down. He finished second and earned his third podium of the season. With Leaverton and Haagsma close in the points battle, look for these two to fight it out as the season enters the stretch. “He got a huge gap right away so after seeing so many people breaking I just backed it down and aimed for the podium,” said Haagsma. “The track had big square edges that were hidden under the silt and they just took everyone out left and right. Racing is always better than being at home, so I’m pumped.”

Saxton was wheeling a brand new murdered-out Polaris RZR Turbo S. He rewarded new sponsor Fatal Motorsports with a podium finish, his first of the season. Saxton is quickly gaining traction in the series and may make it a three-car race to the championship this season.

“The track was super rough, but the car handled amazing,” said Saxton. “We’re going to get some new shocks from Elka and we’re going to try to put it on the box at the next one. I don’t know how these machines hold up to this abuse, but Polaris just nailed it. We made a statement today.” 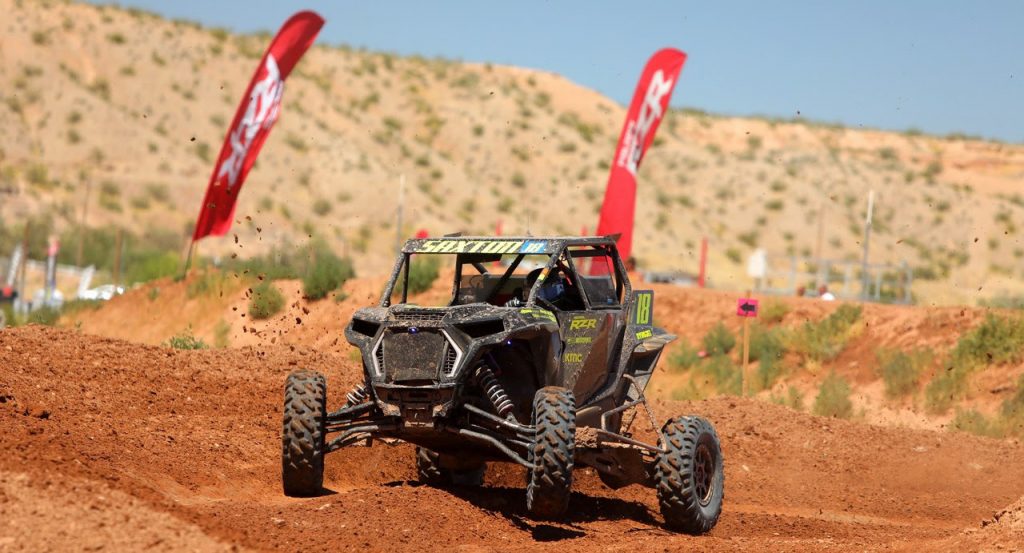 In Pro Stock, Baron recorded his second victory of the weekend after winning the Pro ATV event. Matthew Hancock was second, followed by Tyson Leaver. It marked Baron’s first SXS victory of the season. 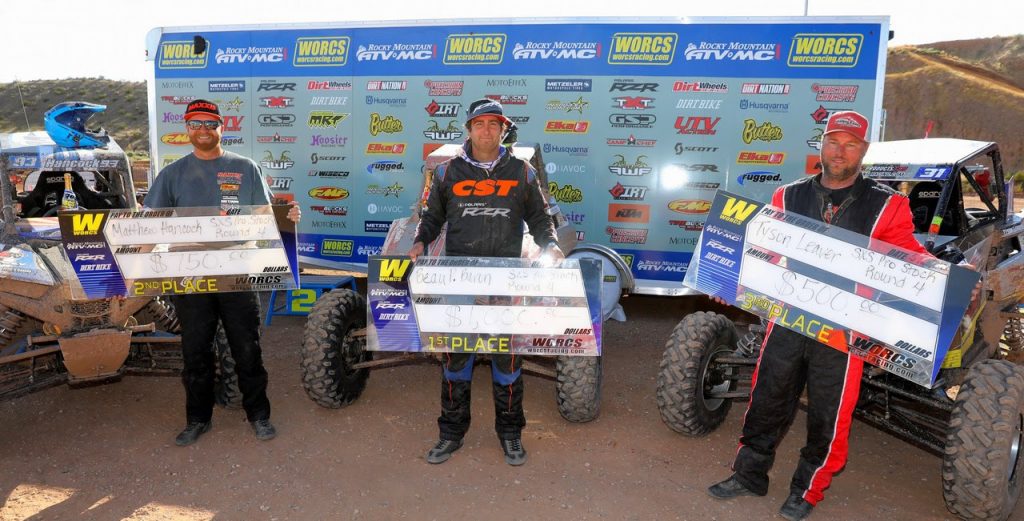 Chris Johnson took the lead at the start of the race and, with Baron in tow, he led every lap…except the last one. After getting stuck behind a lapped car, Johnson ended up on his lid on the final lap, handing the lead and the victory to Baron. Baron said that lapped traffic—and luck—figured heavily into his win. “On the last lap I was behind Chris and I hit a big tractor tire,” said Baron. “Boom! I spun my car completely around. All I could do was not lift, so I spun a 360 and jumped right into the off-road. It was scary as hell. I got lucky, my car didn’t break, and I made it.” 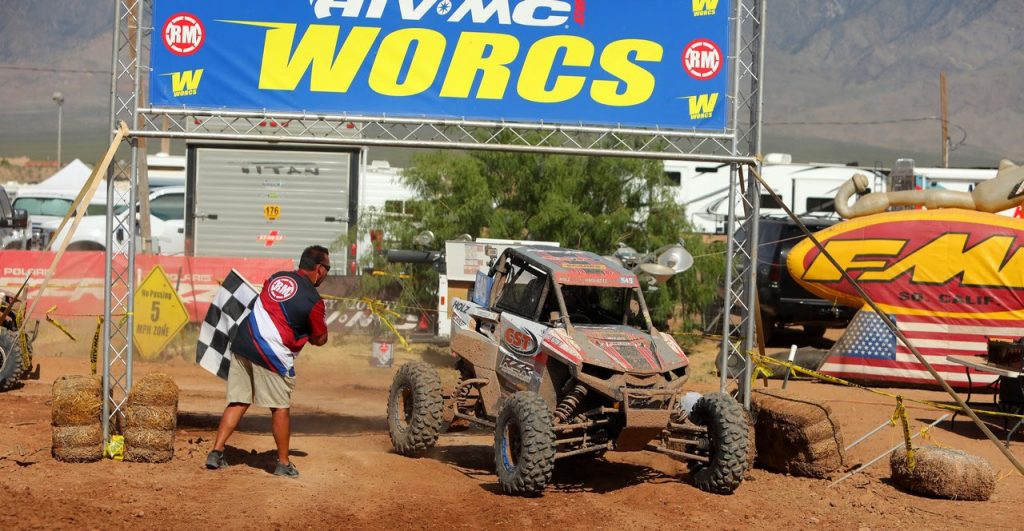 Hancock ran third for most of the race and showcased one of his smoothest runs this season. With Johnson falling back to eighth at the finish, Hanock finished second and netted his second podium of the season. “Today I drove smooth and stayed steady,” said Hancock. “The car was working great and that made it easy on me to keep pushing. Chris had some issues at the end and that moved me up to third, but I will take it, however, I can get it.” 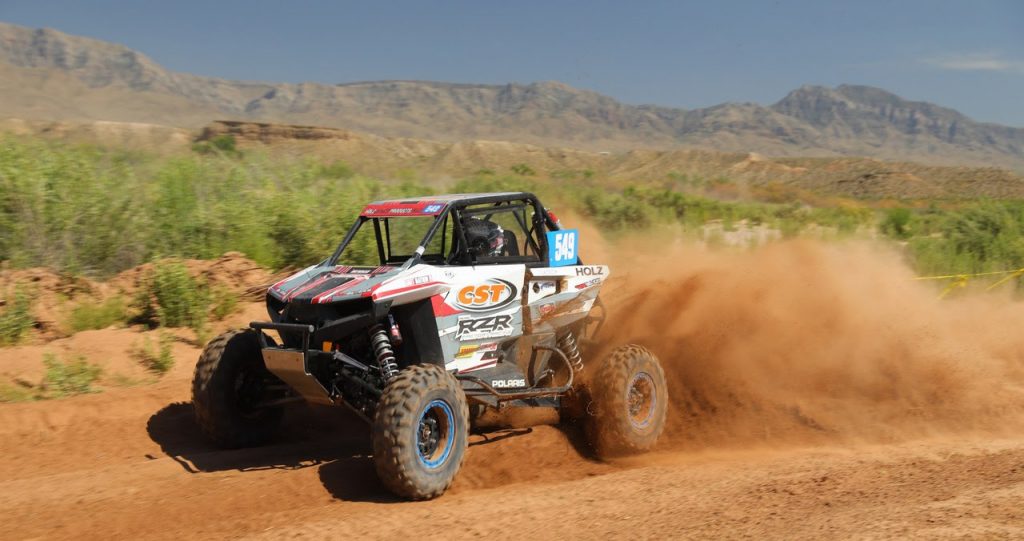 Fifth-year driver Leaver was happy to get back on the box, scoring his first podium of the season. Hard work paid off. “It’s been a long time since I’ve been up here; too long,” said Leaver. “I knew I was getting close to the top five, so I’m super happy. This makes all of the hard work worth it.” 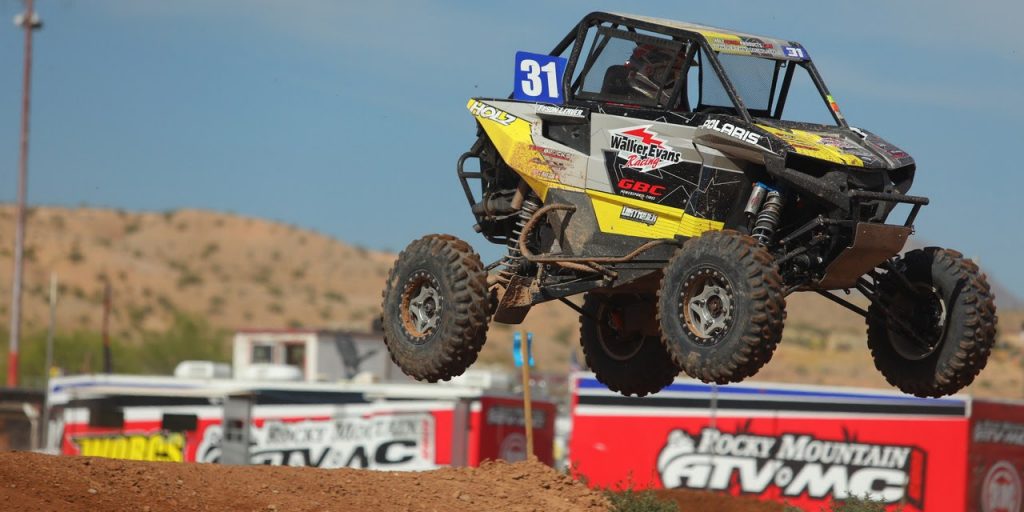 Though he watched a victory slip his grasp, Johnson was pleased with his run. Johnson has been on a tear all season, scoring one victory and two additional podiums prior to this race. He truly controlled the race for all but one lap. “I thought I was going to make my team proud today but a bonehead move on the final lap got me a little squirrelly and it was too big to correct,” said Johnson. “Overall, I’m stoked on my progress as a driver. I’ll get ‘em next time.”