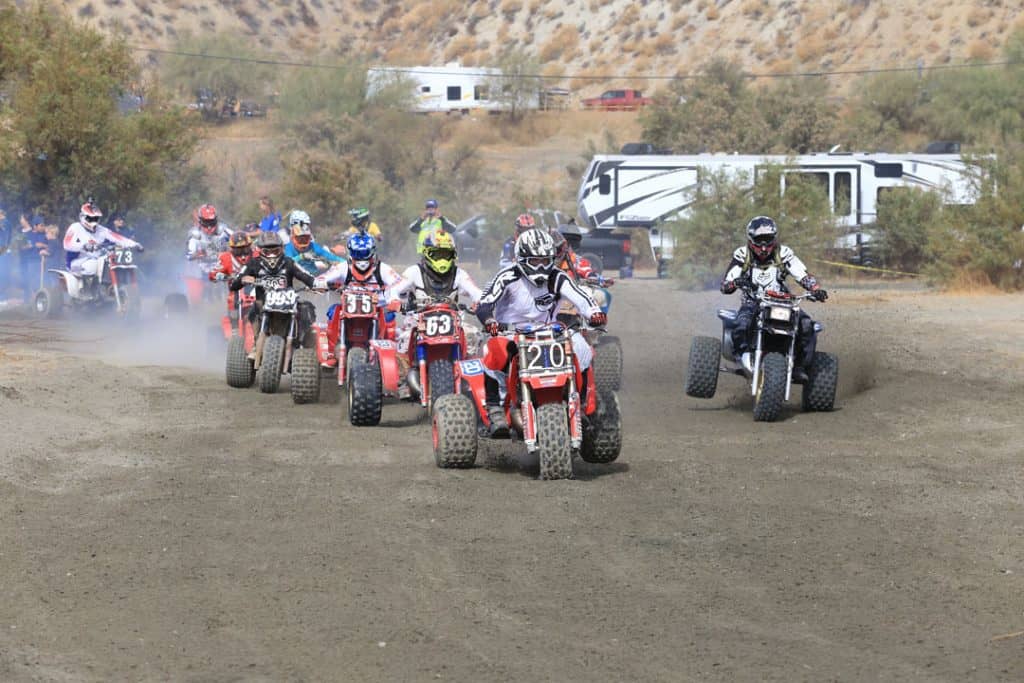 An enthusiastic group of Three-Wheeler racers hit the rough, miles long course at what Dirt Series called the 49th Annual Lake Elsinore Grand Prix. While it has been 49 years since the first event, there were many years when it wasn’t held. Basically from the early 1970s until 1996 when Riverside resident Goat Breker brought the GP back. Now it is run by Dirt Series in conjunction with the city of Lake Elsinore.

Tom Decrescente (63) and Cody Webber (20) were first and second in the ATC 250cc class, and Dwight Jeckel (35) was second in the ATC Open class. These three riders and and ATC Open winner Ed Hicks (208 not visible) all turned times that had them well up in the results of the modern 450 quads. 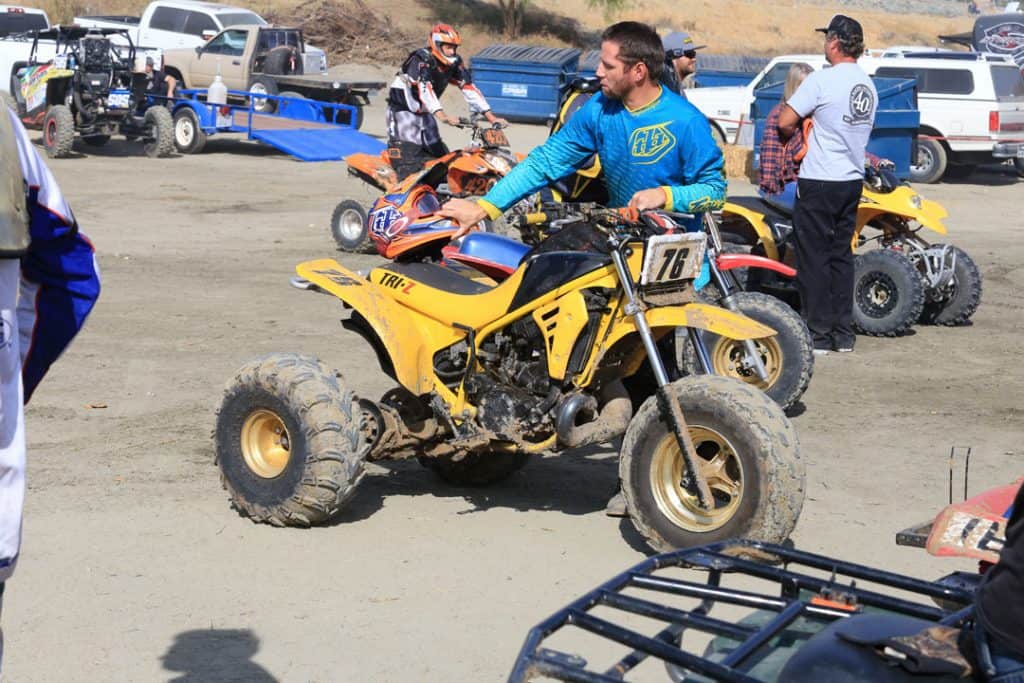 While Hondas dominated the class, there were a couple of Yamahas. One was this somewhat rare Yamaha Tri-Z… 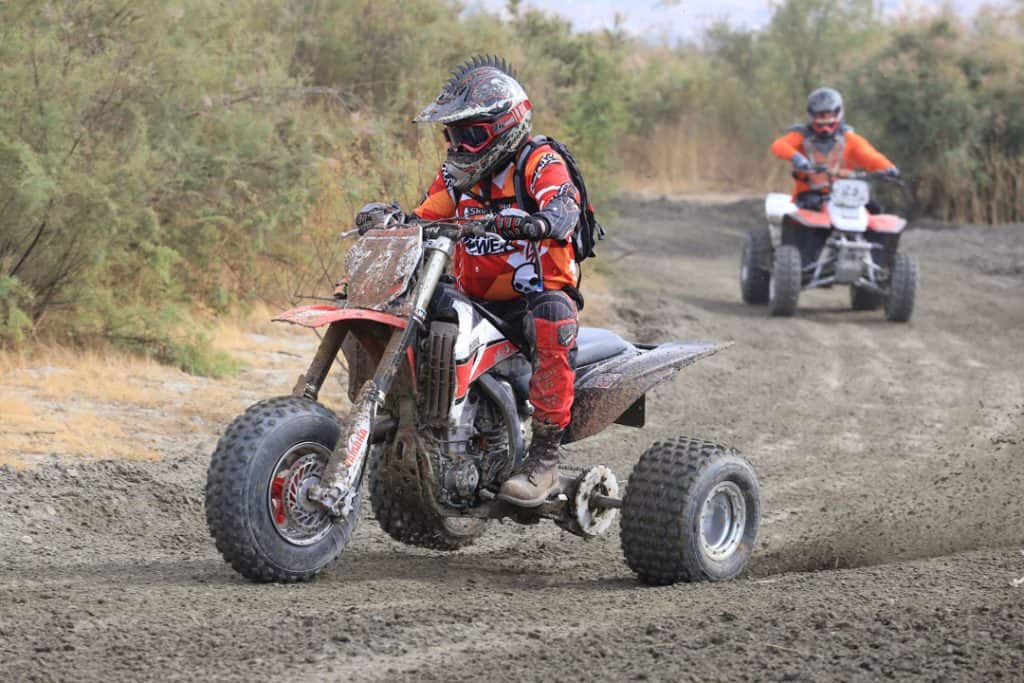 The other was this converted Yamaha YZ450. 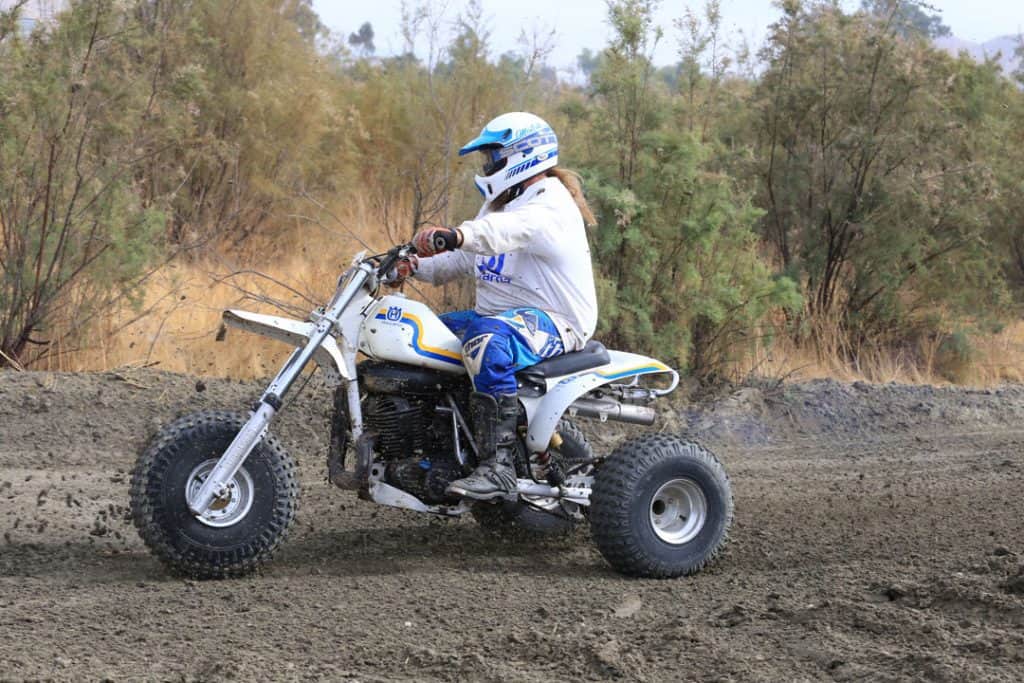 At one time the Swedish Husqvarna factory built a prototype three-wheeler. Building replicas of that machine has become popular, and there was one entered in the class. 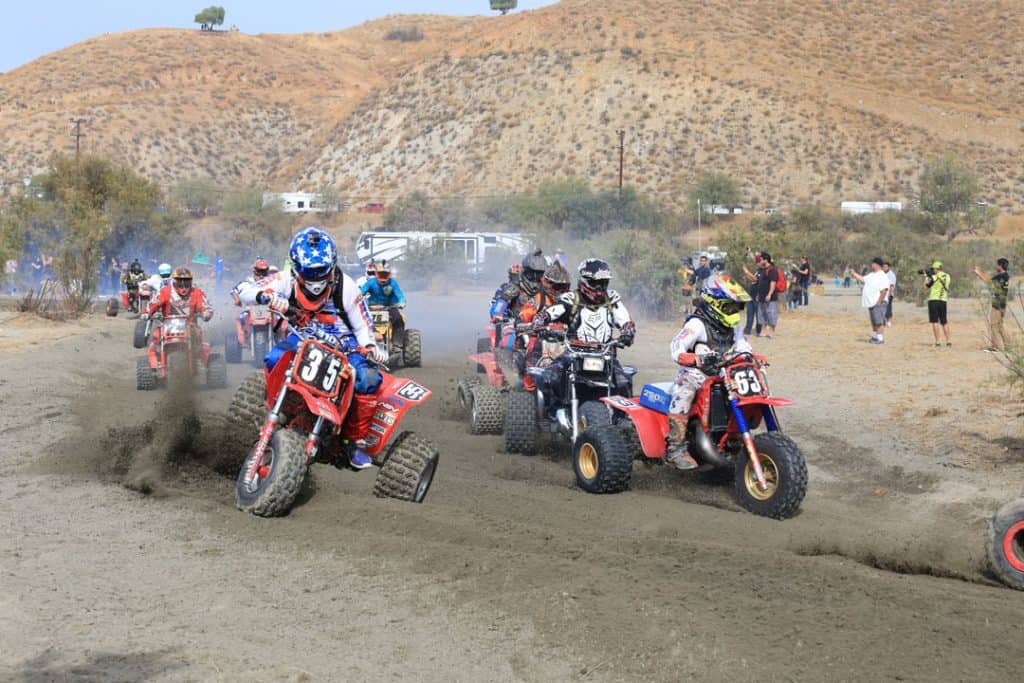 Dwight Jeckel (35) had to overcome this awkward second turn before he recovered to take second.