40th year of Dirt Wheels By D. West, 2020 marks the 40th year that Dirt Wheels has been producing magazines. So, what happened four decades ago that caused this magazine to suddenly exist? Well, let’s go back to the summer of 1980 and see what was going on at Hi-Torque Publications. That is the company that published Dirt Bike magazine and Motocross Action magazine. It was owned by Bill Golden, but he was getting older and looking to retire from the publishing business. He wound up selling the rights to the two magazines to his friend Roland Hinz. 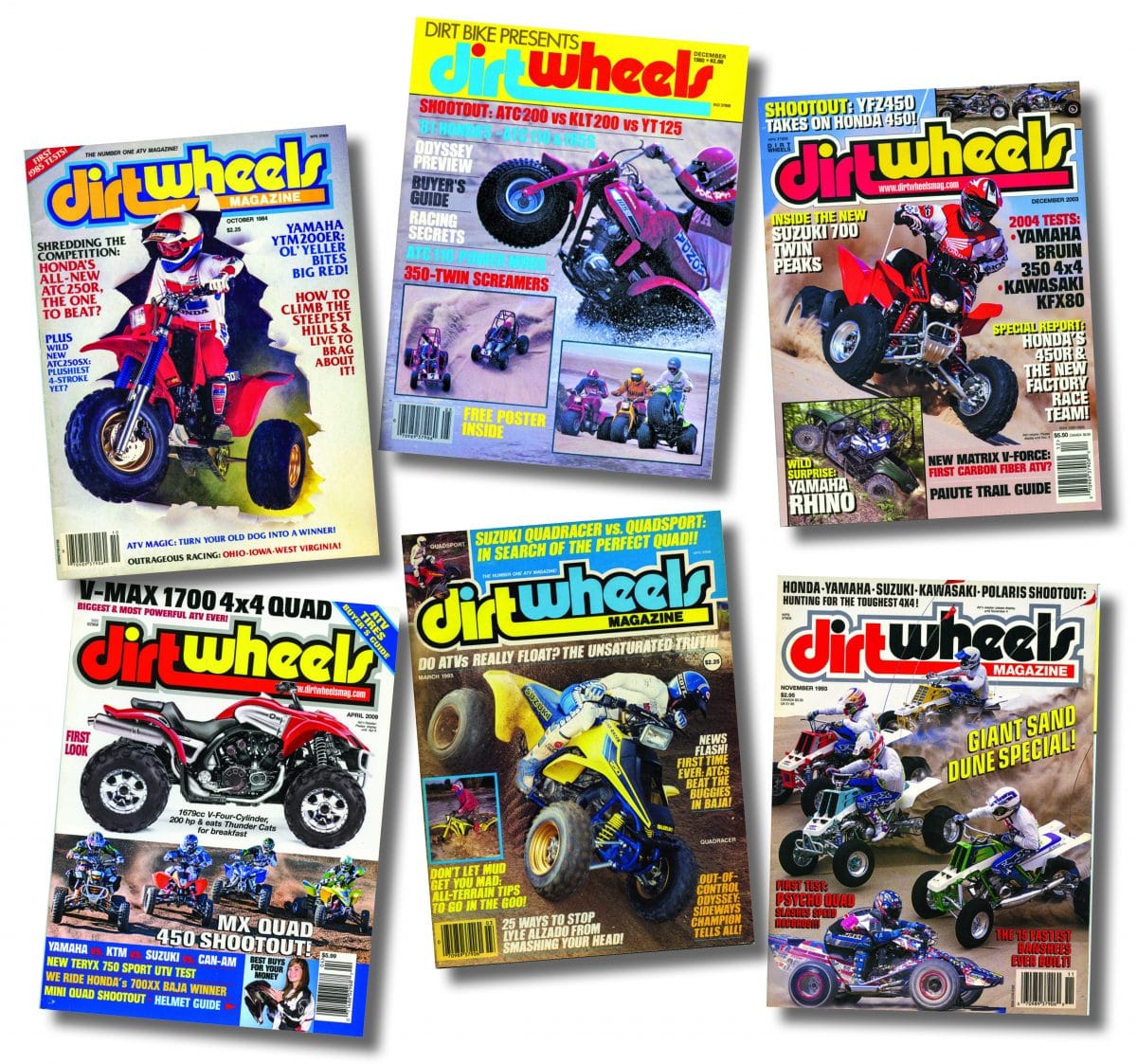 Roland’s expertise had been in the world of high finance, but his true love had to do with off-road riding. In the ’60s he had begun riding dirt bikes in the desert, and it was his dream to have a company that focused on that sport. He set his sights on making Dirt Bike and Motocross Action even better than they were before he took over. While doing so, he noticed the growing popularity of three-wheelers running around out on the trails he rode in the desert. So, almost immediately, Roland determined that Hi-Torque needed to start a third magazine devoted to another segment of off-road vehicles that wasn’t exactly motorcycles.

The first order of business was to come up with a name for this new magazine. Using the words “three” and “wheeler” in the title was discussed but then shot down. You see, along with dirt bikes, Roland also owned a dune buggy, and he also liked Honda’s Odyssey. He wanted to make sure the new magazine’s name didn’t exclude those machines, or any other type of vehicle that had more than three wheels. In fact, the first machines to get the ATV name were those six-wheelers that came out in the ‘60s.

So, in a meeting with the editorial staff members, Roland Hinz announced that the new magazine would be called Dirt Wheels. The name worked out perfect for when quads began to appear a few years after that first issue. Whatever new vehicle that would come along, if it had wheels and ran in the dirt, then Dirt Wheels was the magazine for it. This was proven to be true again when Yamaha’s Rhino became popular years later. And, as we know, that machine was the spark for the current UTV movement.

Based on the variety of dirt-wheeled machines that have appeared in this magazine over the past 40 years, it causes me to wonder what we’ll see in the next 40 years. Stick around, because it’ll surely be interesting as the 40th year of Dirt Wheels has been.

Be a subscriber to the next 40 Years of Dirt Wheels HERE.

BEST CRASHES FROM KING OF THE HAMMERS