There is no doubt that 2016 was a great year for the release of aggressively fast sport UTVs. Can-Am released a faster Maverick Turbo 1000, Polaris blew us away with their 144 horsepower RZR XP Turbo that is the fasted production model UTV from the big manufacturers, they also released a RZR 1000 S. Yamaha brought out their YXZ1oooR which made huge strides in the industry and even the Arctic Cat Wildcat Sport 700 was released originally as a 2015 model, it still is marked down on our list of favorite sport UTVs. Linked below are articles of all of these awesome two-seater shredders! 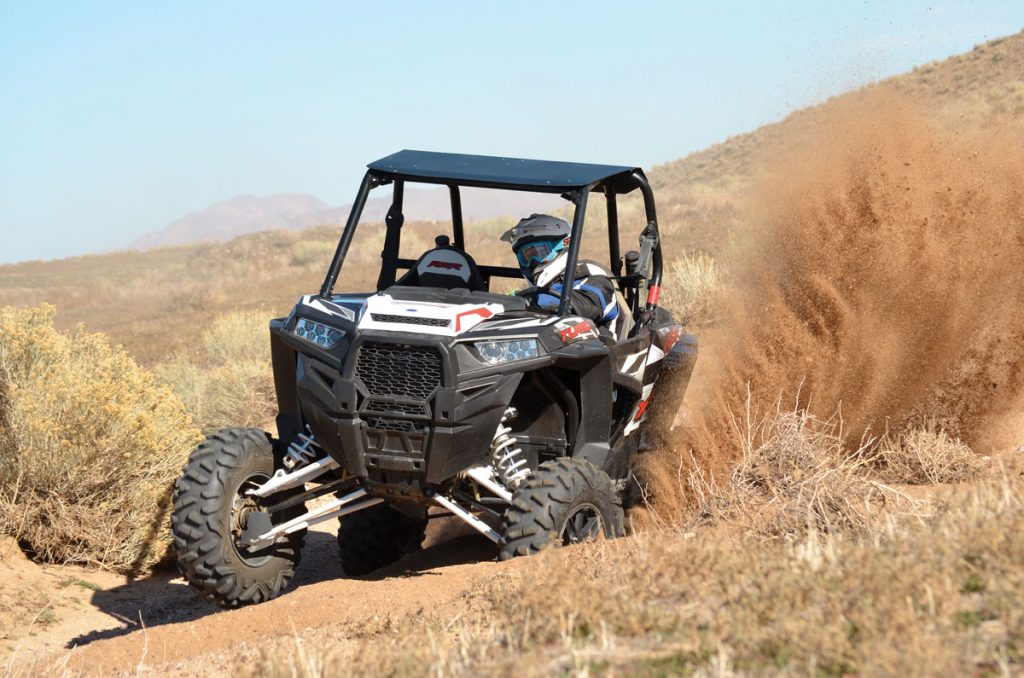 POLARIS RZR XP TURBO
The word fast, barely describes Polaris’ head honcho. The $24,999 Turbo boasts a new 925cc mil with a tubro charger to put out an impressive 144 horsepower through an automatic CVT style transmission. The suspension numbers go from 16 inches of front wheel travel to 18 inches in the rear. This machine will gobble up whoop sections at high speeds, while still being reserved enough to crawl up steep rock faces comfortably. 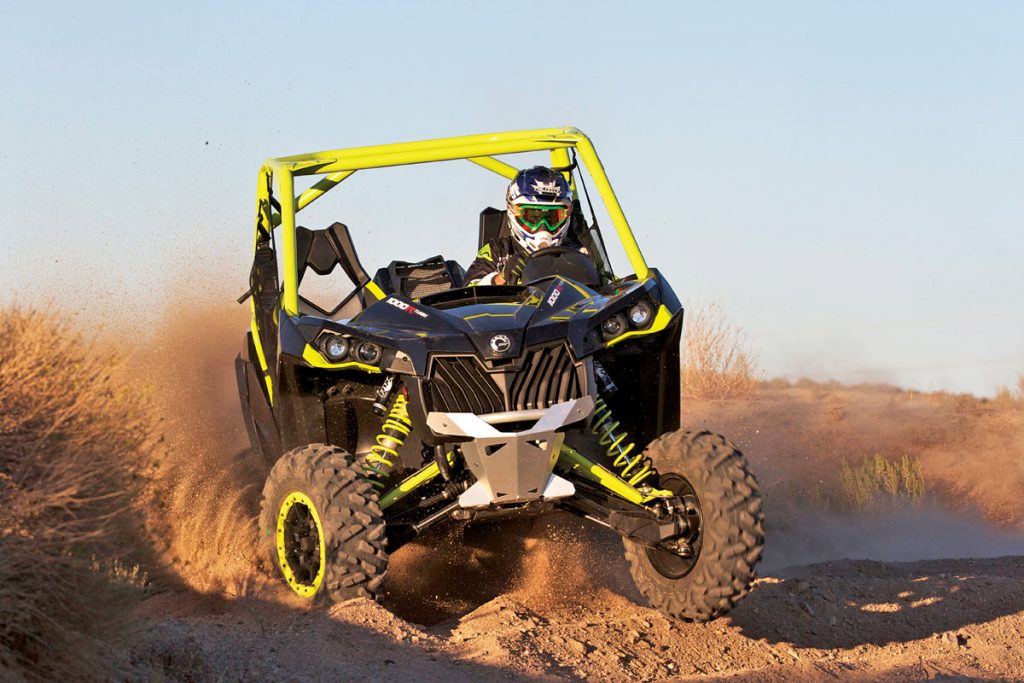 CAN-AM MAVERICK X ds TURBO
BRP found a way to school the competition in 2014 with the release of their Maverick X ds Turbo. It was the first OEM production UTV with a turbo charger installed and boasted a 121 horsepower engine. At the time they also upped the suspension travel by two inches from the 1000 and increased the wheel base by four inches to help keep up with the competition. Can-Am’s 2016 model of the Turbo gained an extra 10 horsepower by increasing the Turbo boost and adding new fuel injectors for a total of 131 horsepower. 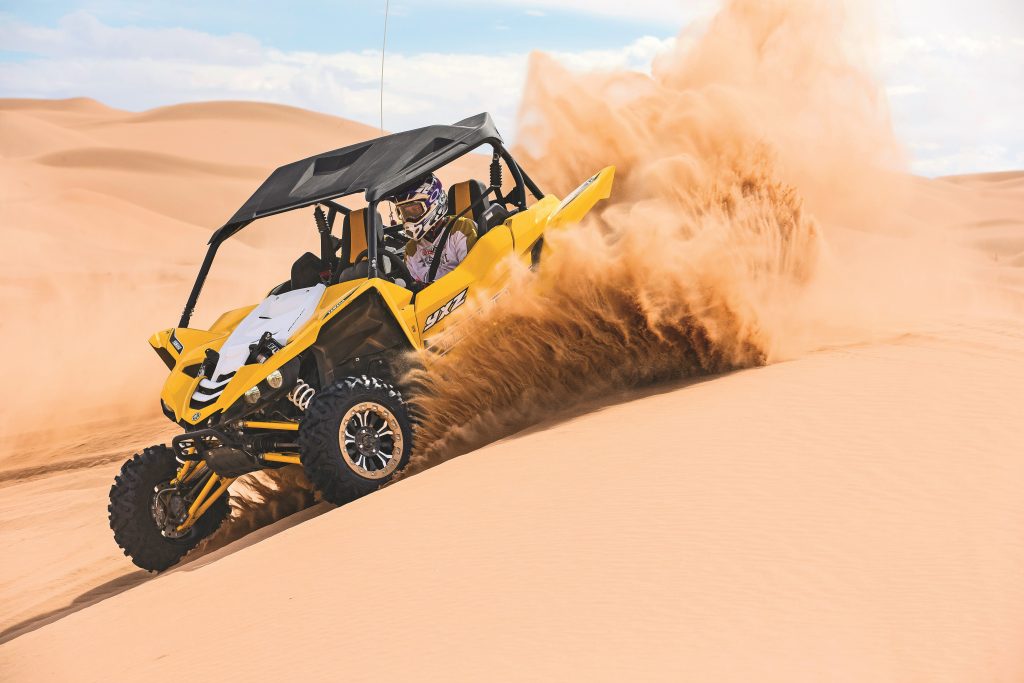 YAMAHA YXZ1000R
The wait was finally over for the highly anticipated Yamaha sport UTV that would go toe to toe with the 1000cc Can-Am, Polaris and Arctic Cat sport models. The YXZ was released with a sequentially shifted manual transmission that had five gears. The only was to drive this UTV was fast! If you wanted to crawl through rocks, clutching the triple-cylinder four-stroke machine was no easy task since it had most of its power up higher in the RPM range. However, if you planned to shred sand dunes and rip through the desert, the YXZ1000R is a blast to do it in. 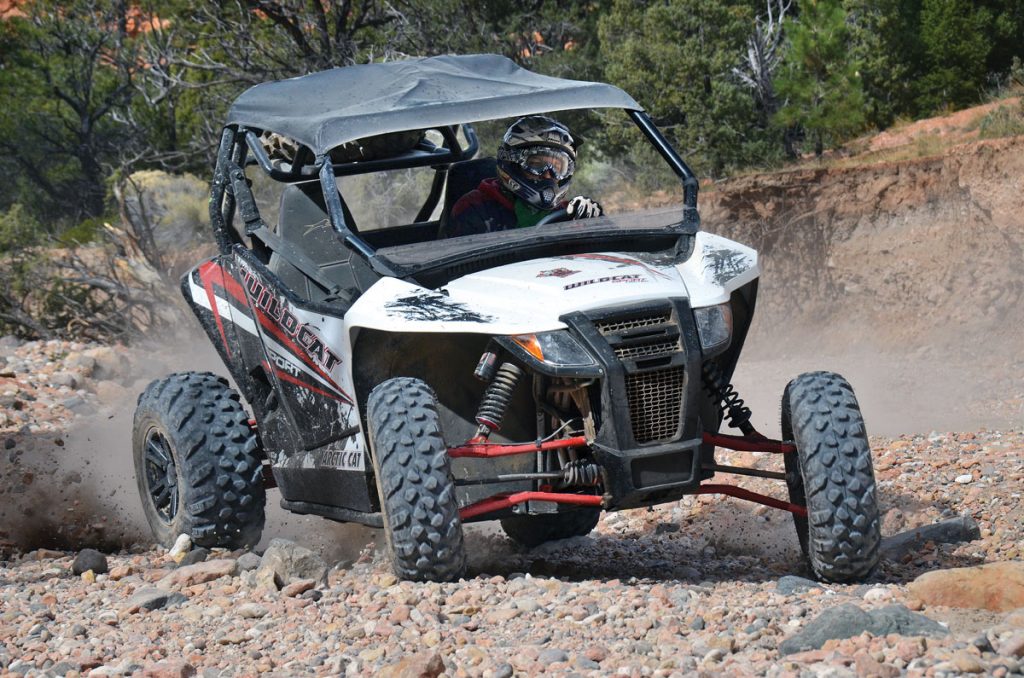 ARCTIC CAT SPORT CAT 700
It is strange to enjoy a manufacturers machine that doesn’t boast the most power and suspension travel numbers in their lineup, but their is no doubt that Arctic Cat struck gold with their 60-inch-wide Wildcat Sport 700. The Sport Cat runs Elka Suspension on all four corners that offers a smooth yet stable ride at high and low speeds. The suspension is set up so well in fact, that it feels like it has closer to 16 inches of travel instead of 12.5 inches. It wouldn’t hurt for another 100cc’s to be added to the engine though. 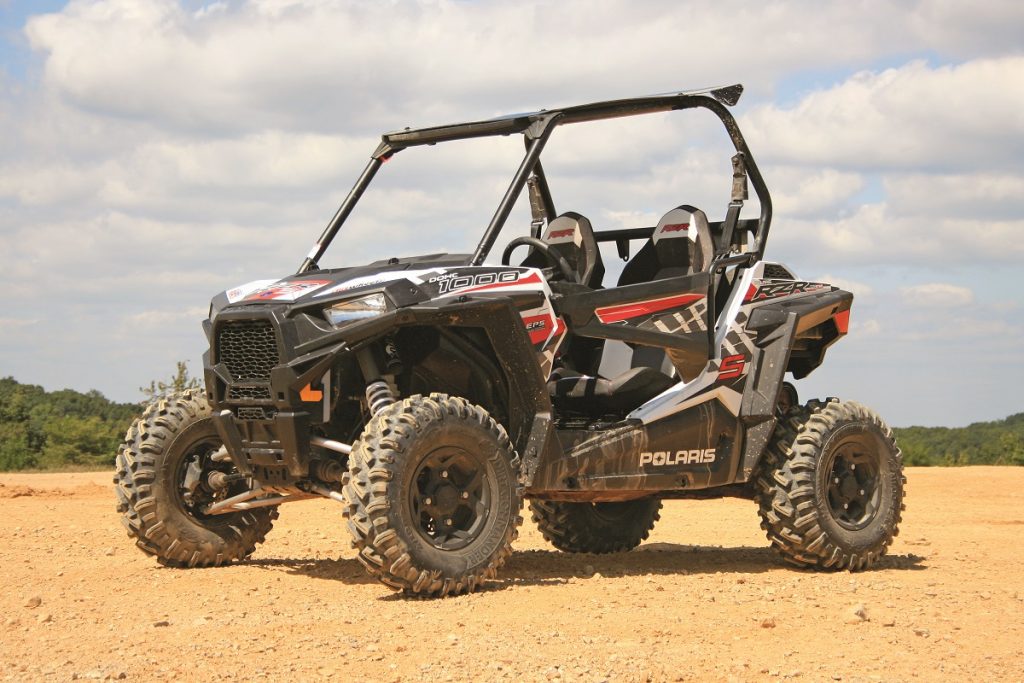 POLARIS RZR S 1000
We had far too much fun with the RZR S 900 in 2015 and a lot of our testers felt that it was a blast to drive and half the time more fun than a RZR XP 1000. The S 1000’s release put an even bigger smile on our faces, and when we went to the woods to test it, that smile lasted for a few days after. The 60-inch-wide RZR is perfect for tighter trails and the increase in engine size made the machine even more fun to drive!