Legends from the past invade Pine Lake Raceway

The ATV community gathered in Pine Lake Raceway in Ashtabula, Ohio to celebrate with the Fischer Family their 50th Anniversary EDT Event on July 26th-28th.

A man who would build a track for his children to race on would have this place that some call ATV Heaven,  or known as the Birth Place of ATV Racing.  The annual July event was televised on ABC Wide World of Sports, with even the Goodyear Blimp flying over the track.

We would see the evolution of ATV Racing that we know today.   From 6 wheeler racing starting in 1969, thru the ’70s, to 3 wheelers that peaked in the 1980s. Then came the next generation of 4 wheelers, we know today.

Legends from the past, industry leaders and representatives, riders from all over the world came together to celebrate this historic once-in-a-lifetime event. With over 890 signed up for the TT event and over 60 for the XC event, this event would see over 950 entries for this event.  There were fireworks, a live band, an ATV Show-n-Shine Event, a special Legends Race of 3 wheelers and 4 wheelers, an XC Race, and of course some Extreme Dirt Track Racing. 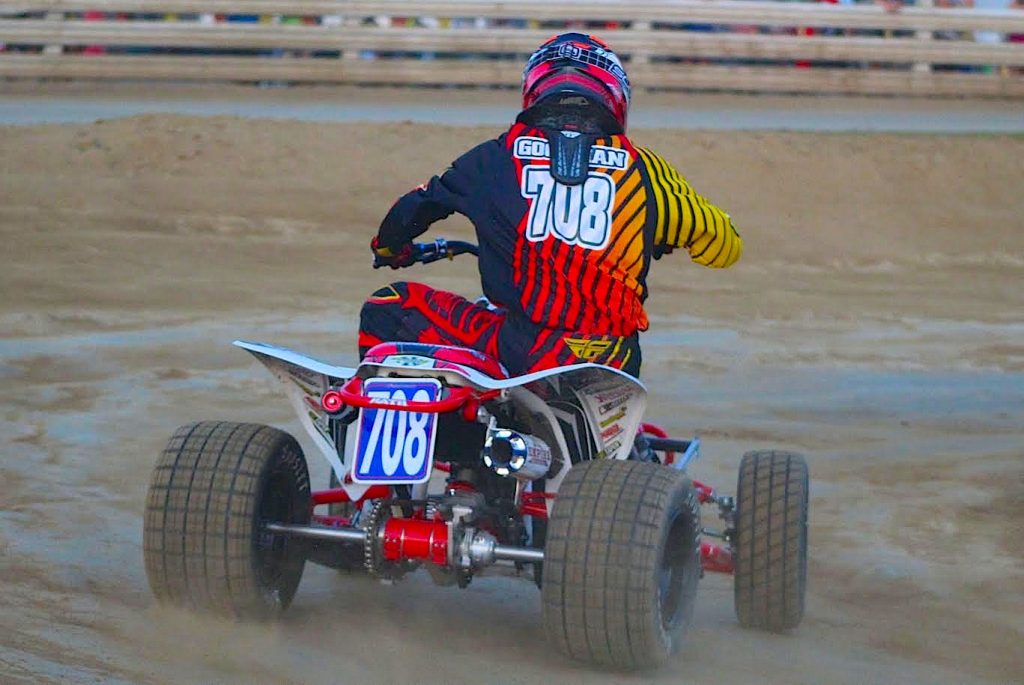 The 50th Anniversary Main Events as part of a special celebration would be entertained by many of the Legends of 3 Wheeler Racing. They would be telling their story via the 4 wheeler Legends Class. There was a full gate of 2 strokes from the past. There was also a separate class of 3 wheelers, to entertain the large crowd on hand.

The main event classes also featured some of the top youth supermini racers. Other race classes included a 6 wheeler class, as well as top amateur class racers.  There was even a 45 plus class, that featured riders as old as the event itself.   A special Women’s Class Main Event was held as well.  Megan Shephard would capture the win there. 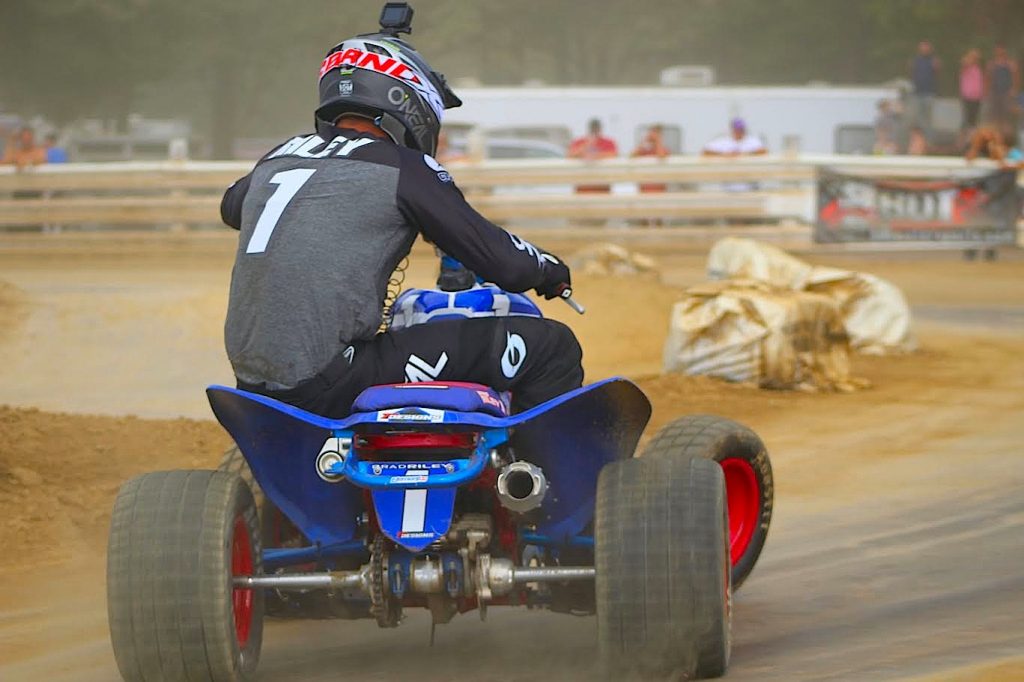 Brad Riley backing it in for the win

The 3 Wheeler Pro-Am Open Class had 39 of the top 3 Wheeled Riders in the country. That class was won by EDT Pro Rider, Jacob Hall.  The final race of the evening would feature the current top EDT Pros.

Thirty-three racers lined up for the EDT Top riders would sign up for the EDT Pro Main Event. When it was all said and done, Brad Riley (sporting the #1 plate) would capture the win in the EDT Pro Event, followed by #4 Garrett Keister and #137 Mitch Reynolds in third place. 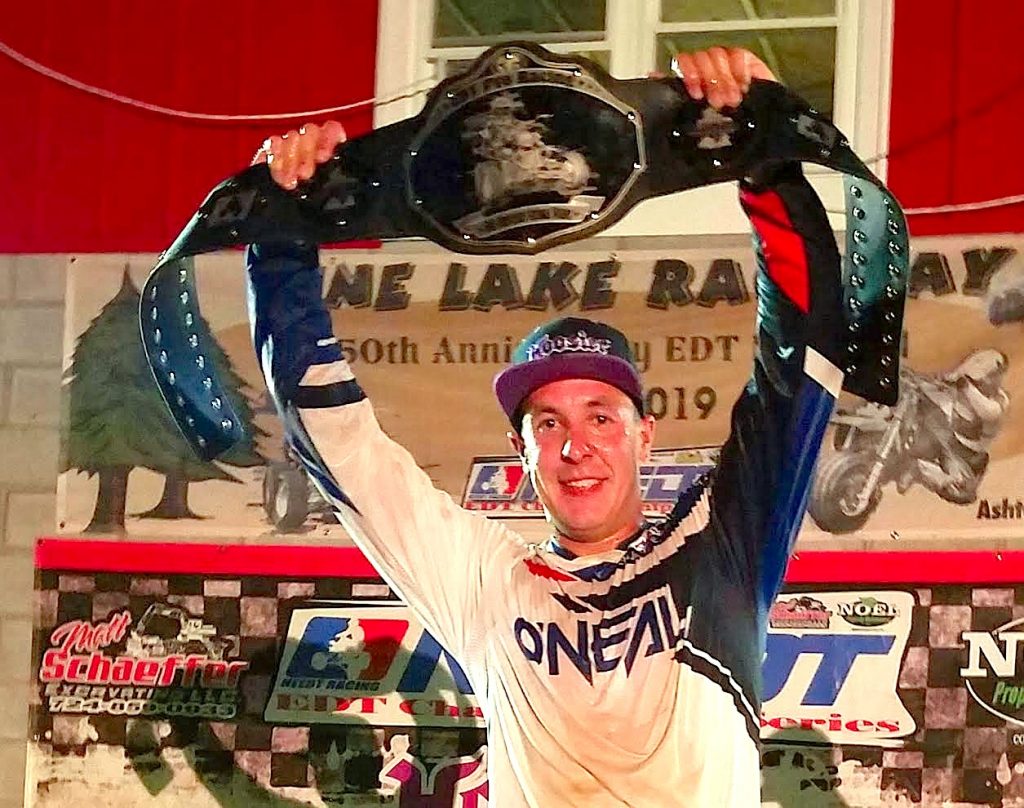