On Apr 19, 2022
Share
From the ATV Motocross Press Release 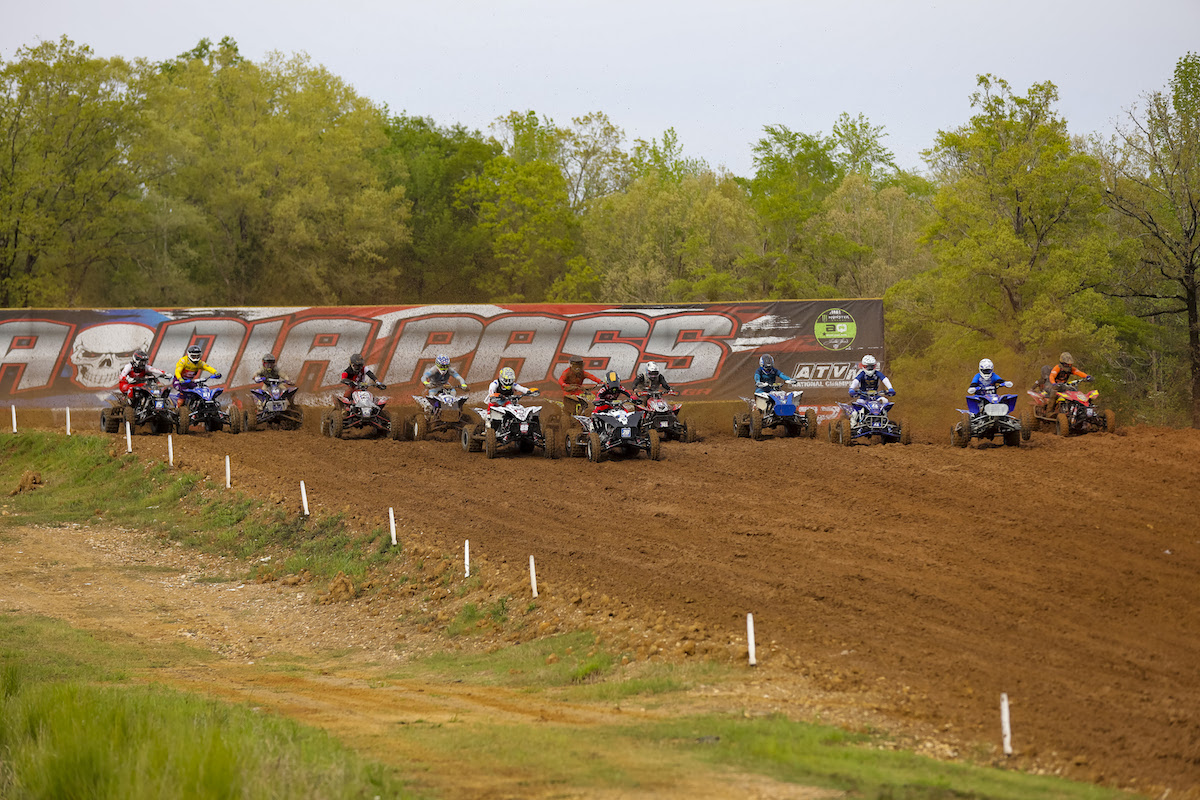 Round three for the AMA Pro racers was a muddy one at Aonia Pass MX in Washington, Georgia. Photo PH3 Photos.

WASHINGTON, Ga. (April 18, 2022) – Ominous skies greeted the ATV Motocross National Championship (ATVMX) Series, an AMA National Championship, as round three kicked off at Aonia Pass MX in Washington, Georgia, setting up another exciting round ATVMX racing. With some of the muddiest conditions seen in years, the day would not offer anyone a break as the teams worked tirelessly setting their machines up for an old fashioned mudder. Unfortunately, the conditions forced race officials to drop one of the qualifying sessions in the morning and delay racing until mid-afternoon.

In the qualifying session they did have, Phoenix Racing/CST Tires/Elka/Moose Racing’s Joel Hetrick was able to take the Dirt Nation Fastest Qualifier Award giving him the first gate pick. That gate pick would become paramount to taking the moto one SSi Decals holeshot, as Hetrick set the pace in what quickly became a one-lined racetrack offering little passing due to the conditions. 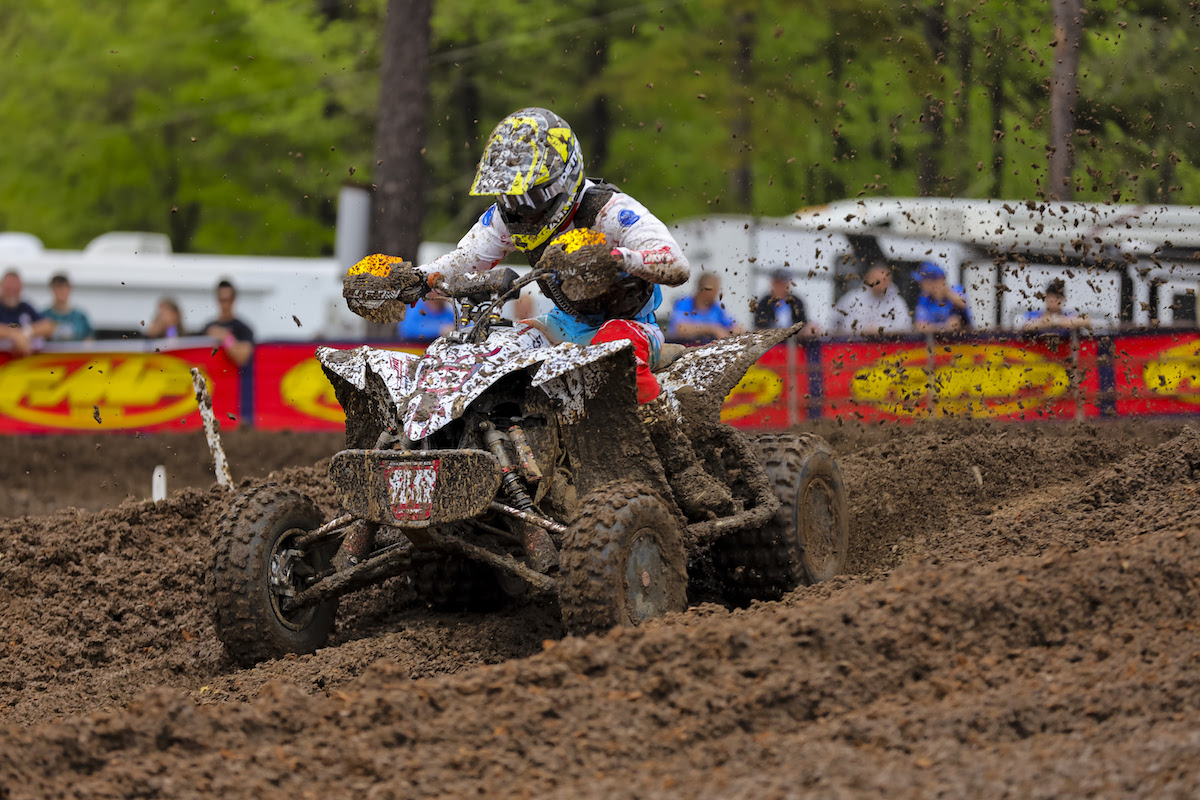 Joel Hetrick (Phoenix Racing) went on to earn his third-straight overall win of the season. Photo PH3 Photos
Undaunted, Hetrick poured on the power taking the moto win followed by a hard-charging Rastrelli Racing/FXR Moto/Rocket Machine Design’s Jeffrey Rastrelli in second and returning champion Wienen Motorsports/Maxxis/SSi Decals/Fly Racing/Yamaha’s Chad Wienen in third. Finishing just off the podium was Ford Brothers Racing/Fly/SSi/Maxxis/DWT/Maxima/Fourwerx/Walsh’s Bryce Ford who rode to a solid fourth with GennUSA Racing/Integrated Financial Concepts/CST Tires/Walsh Race Craft’s Nicholas Gennusa rounding out the top five.
Moto two would offer some better track conditions as Wienen took every advantage he could as he grabbed the SSi Decals Holeshot Award. After a strong performance in moto two, Wienen would earn the win giving him second overall for the weekend. The number 88 machine of Hetrick would keep the pressure on, but time ran out as he scored second in moto two, handing him another well-earned overall win.
Third overall would fall to Rastrelli as he continues to finish upfront but would slip to fourth in moto two as he and Ford swapped positions back and forth. Ford would earn third in moto two, earning fourth overall on the day. Musick Racing/Déjà vu/Kenda Tire’s Brandon Hoag wouldn’t have the weekend he was hoping for as the rising star went 8-5 for fifth overall.
The AMA Pro class weren’t the only riders affected by the rain and track conditions, as amateur racing was delayed until Sunday in an attempt to allow conditions to improve, the WMX Pro and Pro Sport classes would also run their Saturday motos in the muddy conditions. In WMX, Ellie Roush didn’t let things get in her way as she rode to a 2-1 finish on the day, earning her first-ever overall WMX win. Niamh Shaw also didn’t go down without a fight as she earned second after posting 1-3 finishes. Kinsey Osborn fought back from her fourth place in moto one to take second in moto two handing her a podium spot in third overall. Defending Champion, Andrea Berger came through for fourth overall after going 3-4 on the day.
Pro Sport is another one of the classes that gets a lot of attention as they hit the track and this round would be no different. Brett Musick and Blair Miller swapped moto wins with Musick going 1-2 and Miller earning 3-1 allowing the victory to fall to Musick with Jayden Londerville going 2-3 for the final podium position.

WESTON BEACH RACE IS BACK ON FOR 2021 IN THE UK