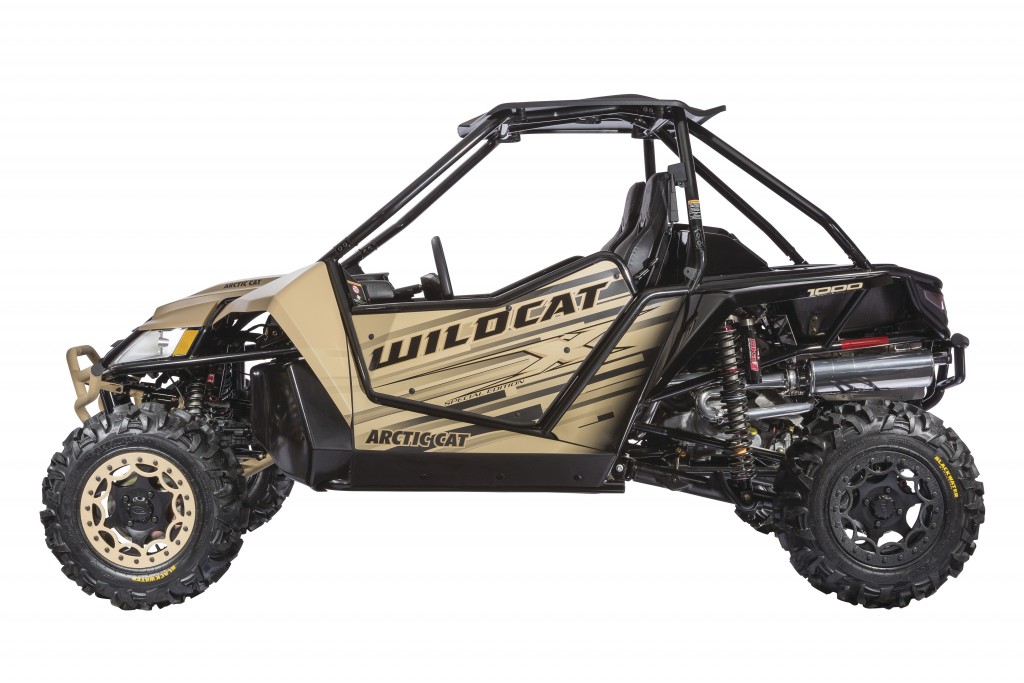 “All of us at Arctic Cat are thrilled to be the title sponsor of the All Star Circuit of Champions in 2016,” said Greg Williamson, Arctic Cat’s Chief Marketing Officer. “Tony Stewart has long been a member of the Arctic Cat family and the association on the grassroots level is a great fit for our brand. Fans can expect to see many of our products on display at a large number of All Star events in 2016.”

The Wildcat™, Arctic Cat’s high-performance side-by-side, will be showcased at numerous All Star events. Riders will participate in Wildcat exhibitions, racing head-to-head on the same racing surface as the All Star Circuit of Champions. Arctic Cat representatives will be in attendance regularly over the course of the season, displaying current and new models, as well as conducting ride-and-drive events for race fans.

“We cannot thank Arctic Cat, Greg Williamson, Mark Miller and their entire team enough for their support of the All Stars,” Stewart said. “We look forward to growing the Arctic Cat All Star Circuit of Champions and promoting the Arctic Cat brand throughout the year. I might even participate in a few ride-and-drive events with the fans.”

The Arctic Cat brand is among the most widely recognized and respected in the recreational vehicle industry. The company designs, engineers, manufactures and markets all-terrain vehicles (ATVs), side-by-sides and snowmobiles, in addition to related parts, garments and accessories under the Arctic Cat® and Motorfist® brand names. Arctic Cat Inc.’s world headquarters is located in Minneapolis, Minnesota. Its common stock is traded on the NASDAQ Global Select Market under the ticker symbol “ACAT.” More information about Arctic Cat and its products is available at www.arcticcat.com.