Dry and dusty conditions made for a tough race on the combined motocross and off-road track, something Baron took into consideration before the gated start. 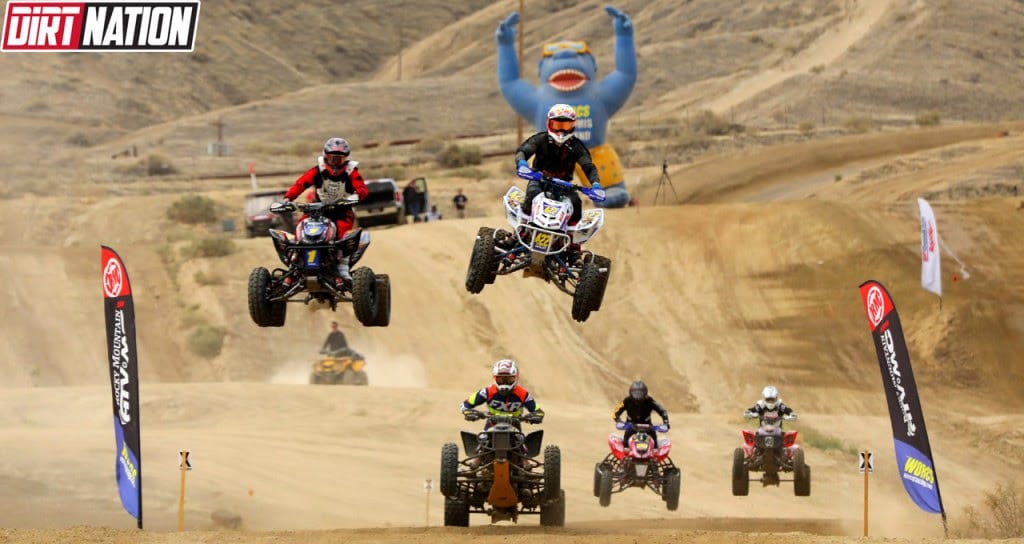 As the gate fell, Baron was running side by side with David Haagsma, who was making his first start on an ATV in five years. Haagsma took the holeshot, but Baron took the lead on the next lap and dominated from there on his Honda. Logan Huff was second on a Yamaha, ahead of the Honda of Travis Damon. Haagsma was fourth on his Honda.

Baron knew getting in front early was key to victory here, though he enjoyed drag racing Haagsma. The nostalgia of the two battling wasn’t lost on either rider. “We took off and it was he and I going down the front straight looking at each other,” said Baron. “I was waiting for him to lift and he was waiting for me to lift. All of a sudden I went wide in the corner and he shot underneath me. After that, it was a drag race to the next corner. He tried to go inside to try to protect his line and I never lifted and went outside on the berm. I got barely ahead of him and that enough for me to get out front and hit my lines in the off-road. I was riding well today. I like this place and my quad was running really well.” 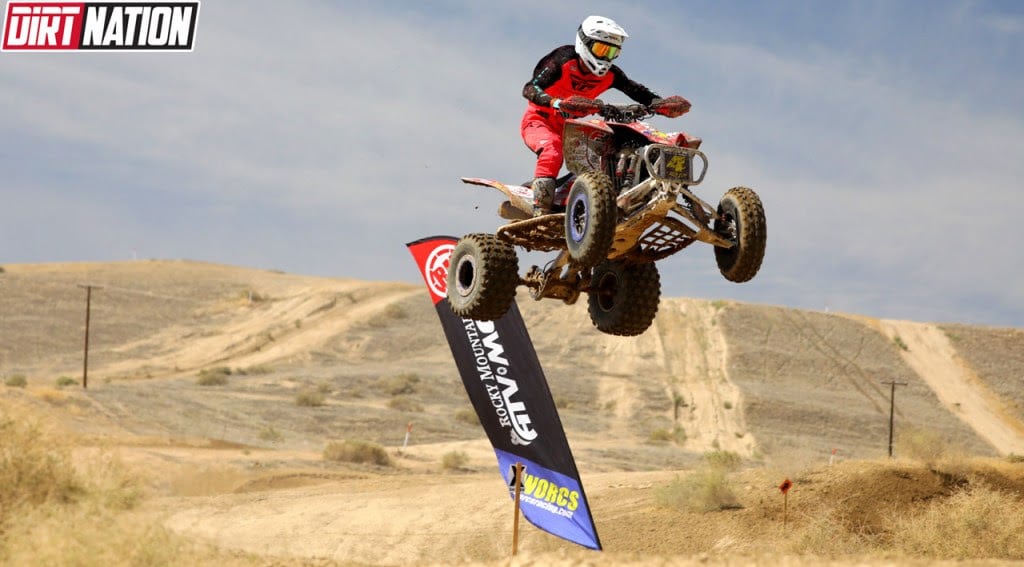 Damon started his career in quad racing at this very same round last season and was battling Huff throughout that race, as well. Damon is a veteran on two wheels, and he picked up a few things over the last year riding on four, as both of their lap times had gone down significantly. “I was stoked to ride with Davy and it was cool to see him out here,” said Damon. “Logan and I always end up battling and it’s pretty cool to see us both progress from last year.” 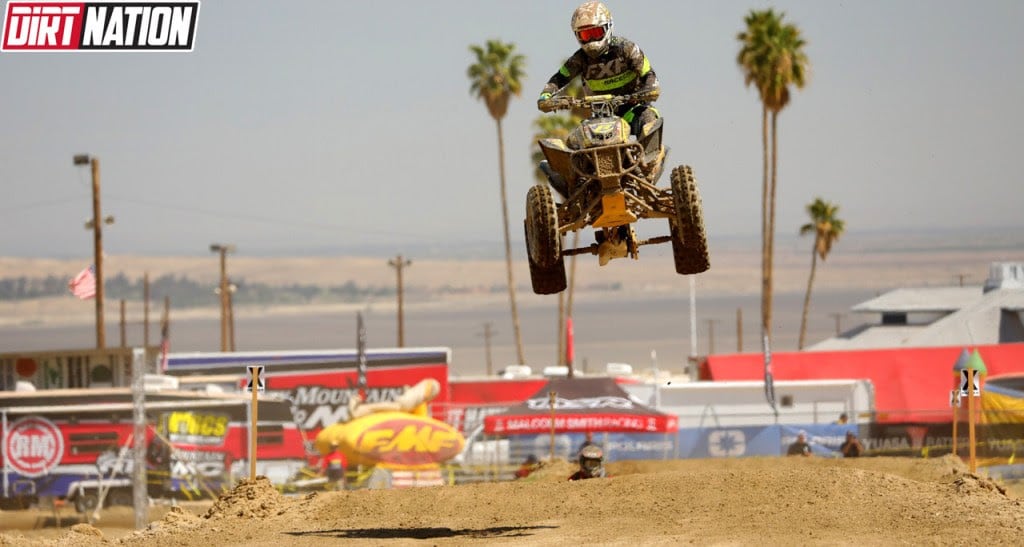 Honolulu Hills is one of Haagsma’s home tracks as he hails from Southern California. So, with all of his friends and family around he elected to bring his quad and see what he could do. He was happy with the fourth-place finish. “It’s been a long time,” explained Haagsma. “I’m here with my family so I brought the quad out to have fun. I wanted a top five, but I haven’t ridden in four or five years.”

In Pro-Am, Grosse snagged the holeshot at the start, but lost the lead to Cody Sanford on the first lap. After following Sanford for a lap or so, Grosse made his move and took the lead for good. He went on to score his fourth consecutive victory. Alex Ortiz was second, ahead of Braden Schoeffel on the all-Yamaha podium.

“I got the holeshot but Cody found a better line on the first lap so I followed him for a lap or so then I got back around him,” said Grosse. “Unfortunately, he broke, but it was a good battle.”

Ortiz decided to ease the pressure on himself and have fun. It worked for him as he scored his second-straight runner-up finish. “I had a ton of fun,” said Ortiz. “I hung it loose over some of the turns and was just having fun with friends.” 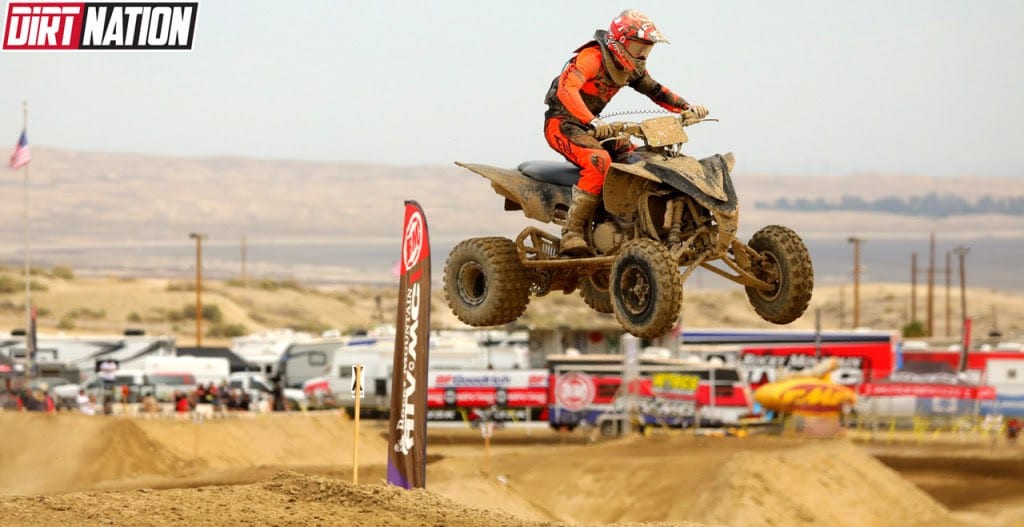 Schoeffel tested his endurance and his training to the nth degree here. His bike quit nearly half a lap from the finish so he pushed—no sprinted—his quad across the line third. He wasn’t giving up his first podium of the season for anything. “I had to push my bike all the way from the infield at a full sprint,” said Schoeffel. “I wasn’t going to let that podium slip away.” 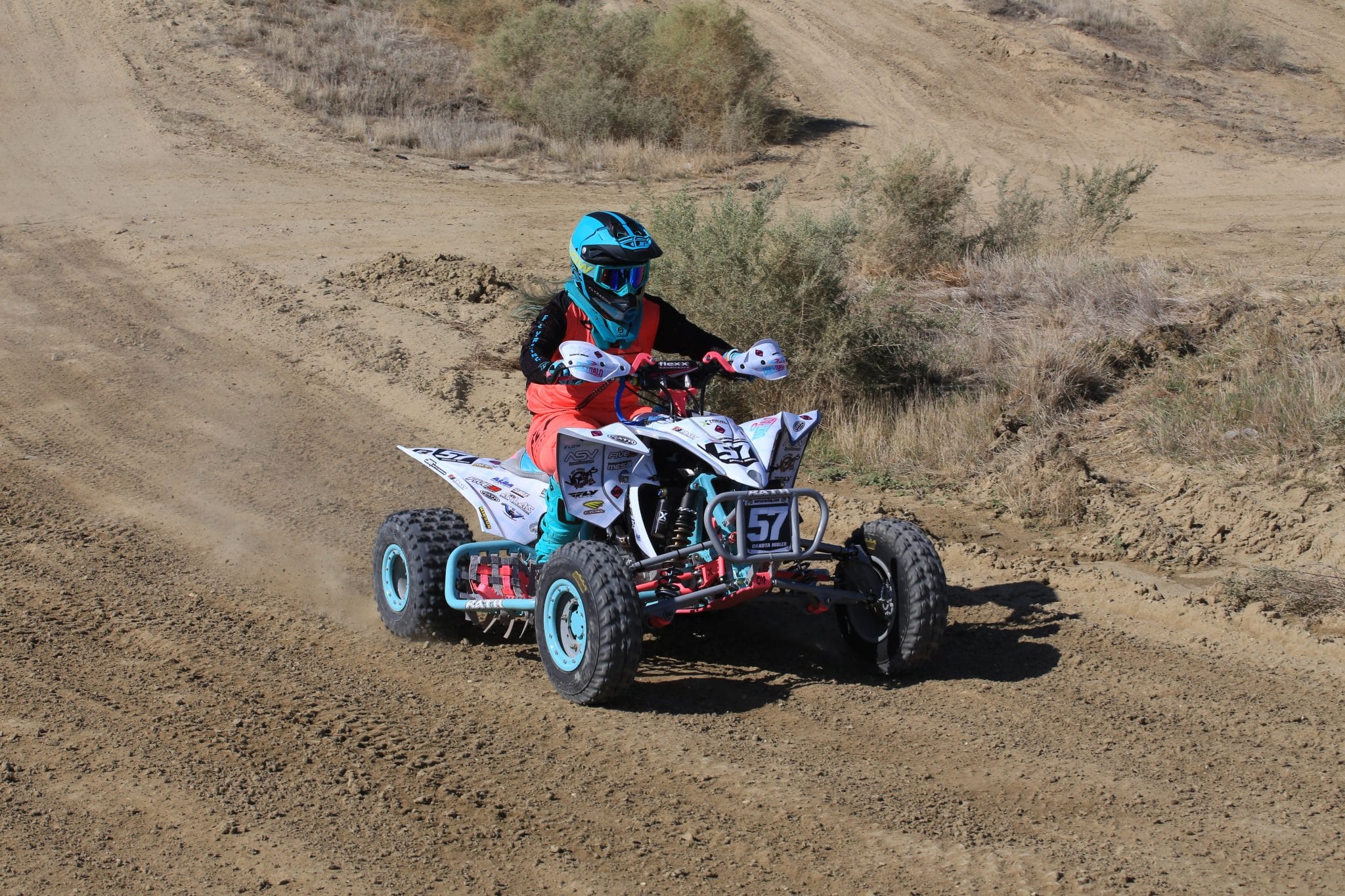 The WORCS ATV classes will be back in action June 4-6 when the series visit’s Idaho’s Cache Valley MX Park.