Beau Baron snagged the lead in one of the pavement sections and then diced his way through traffic to win the Rocky Mountain ATV MC WORCS Series presented by Polaris RZR and Dirt Wheels Pro ATV race at The Orleans Arena. Evan Spooner was second, followed by Logan Huff. Jarrett Curley finished first in Pro-Am and scored his second third-place overall finish.

The event was held on a track that many refer to as the tour’s “wild card.” The tight and technical circuit is set up inside the horse arena, as well as the grounds and parking lots surrounding the facility. The racing surface comprised different types of dirt, as well as pavement and asphalt. Logs, rocks, and tires were among the different obstacles.

Baron used the pavement to his advantage. After starting second behind Mike Sloan, Baron hung back on the pavement in a higher gear and then pulled Sloan out of the corner, executing a perfect slide job. From there, he negotiated his way through traffic to score the victory and extend his lead in the championship to 13 points.  “Once we got the asphalt, I sat back and just pulled him out of the corner,” said Baron. “The track was very slick and it was difficult. I nearly spun a couple of times because I was sliding everywhere. It was cool, though, because it made it technical and you had to use your brakes.” 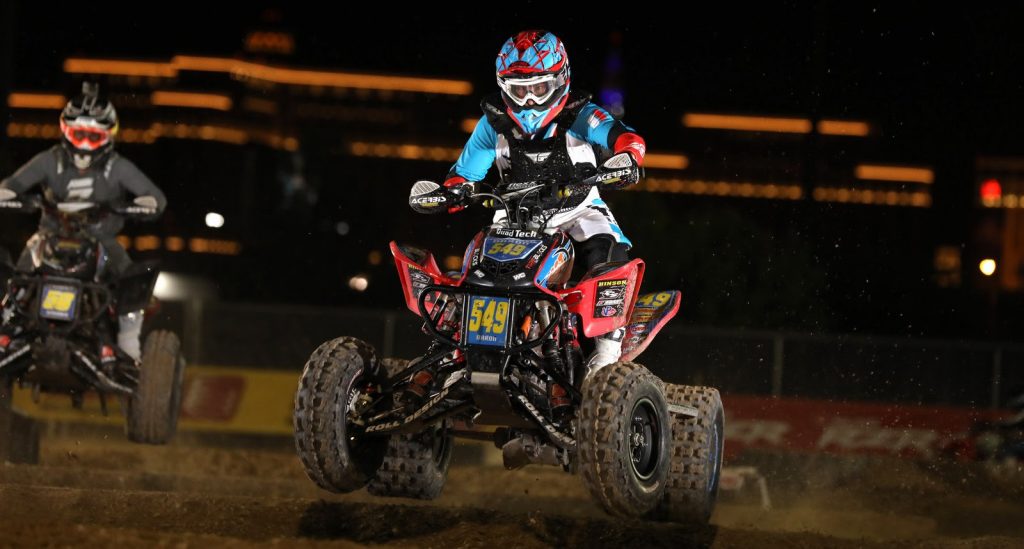 Baron’s consistency is helping him in the points race. He’s won three races this season and finished second once. Baron just lost the title last season to Sloan, so he knows just how important every race can be. “I extended my points lead and this is what I needed,” said Baron. “You never know when you’re going to have an issue. It’s a long season and anything can happen.”

Spooner brought new suspension to the event and came away with his best finish of the season. His second podium of the season, along with a sixth-place finish by Sloan, kept him alive in the points chase. “I made the switch to Roll Design and Elka and that helped us show our true potential for sure,” said Spooner. “I had a great battle with Mike Sloan. On the pavement, we were able to dice it up. To rebound with a second is all I could ask for. It’s hard to beat Beau, but this is something to build off for sure.”

Like Baron, he enjoyed the track’s technical nature. He enjoyed sliding it through the turns, and the varied nature of the different terrain. “It was nice to mix it up and do something different,” said Spooner. “I enjoyed the asphalt out there. It felt like a little supermoto. It was really slick and I had to use throttle control to avoid spinning the tires too hard.” 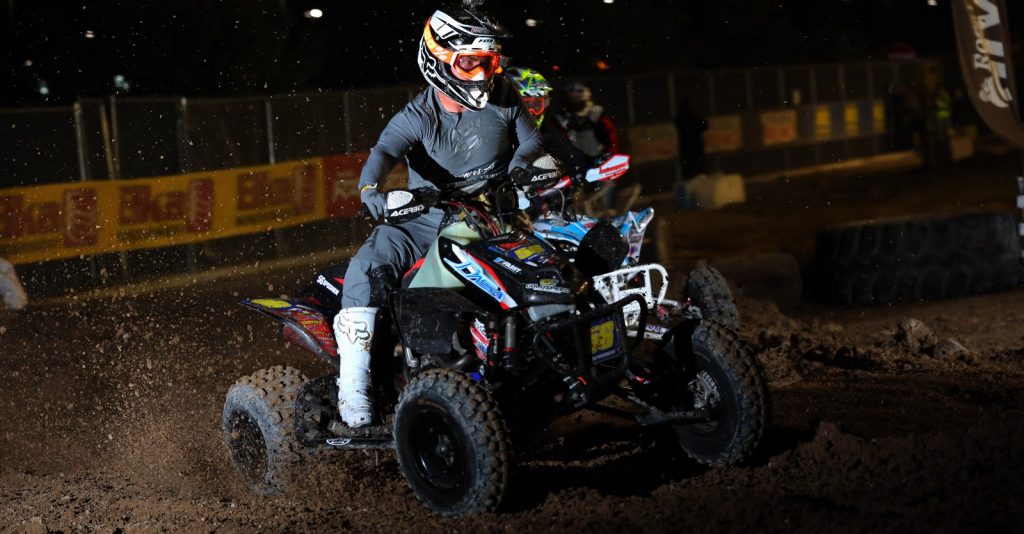 In Pro-Am, Curley won his second race of the year and for the second time, this season finished third overall. Points leader Ricardo Gonzalez was second, ahead of Kenny Sanford. “The track was really rough and you had to ride really smart,” said Curley. “I was pretty surprised about my finish.”

The WORCS ATVs will be back in action May 17-19 at Mesquite MX in Nevada for the round four of the series.