Known for its rocky desert dotted with Saguaro cactus and its motocross track, series officials added a special Pro section for the ATV races and Baron used it to his advantage. After a fifth-place start, Baron noticed that Sloan, leading at the time, had missed the turn off for the section. Baron went for it on his Honda, making up time and jumping ahead of Sloan to take the lead on the first lap.

“I saw Sloan and Spooner in front of me and they went right past the Pro section,” said Baron. “I turned in and took my time through there. There was a drop off and I came out of the Canyon and jumped right in front of Sloan. It was cool to come from fifth and take the lead on the first lap. I put some time on Sloan and it worked out pretty well. My hand was going numb, but I was still able to put down a good lap.”

Baron began gapping ahead of Sloan’s Yamaha, but a miscommunication from the flag stand showed him the white flag. Thinking there was only one lap left, Baron backed it down a notch. Coming around for what he thought was a checkered flag, Baron realized he had another lap. Although miffed at the turn of events, Baron soldiered through and went on to take the victory, his second of the season, and re-take the points lead. 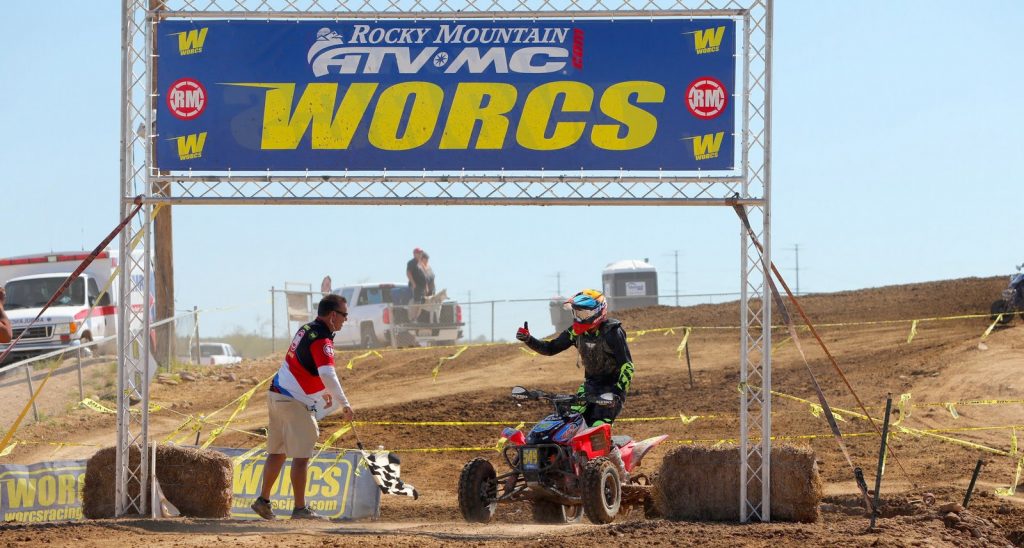 Sloan snagged the holeshot at the start and was moving away from the field when he missed the turn for the Pro section. After losing the lead to Baron, he made several runs, but finished second. The podium finish came after a night spent at the hospital after a crash during practice the day before. Sloan was not seriously injured.

“I missed the Pro section and Beau got out front so I just stayed behind him and kept him honest,” said Sloan. “I tried to catch him, but the old guy was just pulling today. Second is not bad. I crashed yesterday and spent the night in the ER so I’m pumped to come out of here with a podium.”

Huff came out strong at the start, but quickly got pushed out. He fell back through the field during the first lap before finding his pace and making it up to third. It marked Huff’s second podium of the season on his Yamaha. “I got pushed into third at the start,” said Huff. “The corners were so gnarly and it took me a lap or two to get my bearings. Once I got my lines I made my way through.” 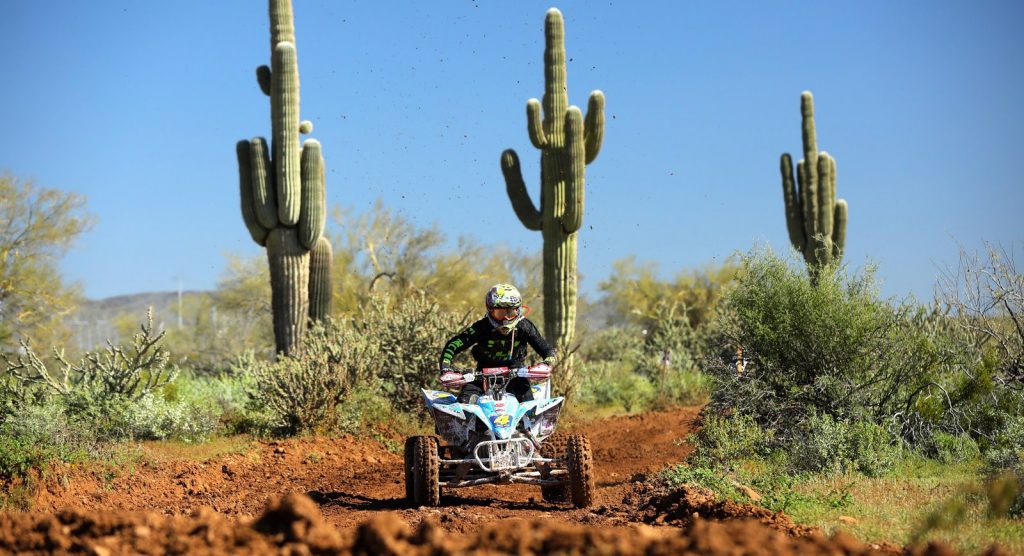 In Pro-am, Gonzalez started fourth on his Yamaha, but was quickly moving up through the field. He took second on lap two and then nearly immediately passed Kenny Sanford for the lead. He wasn’t headed from there and beat out the Honda of Jarrett Curley and the Yamaha of Austen Turner. 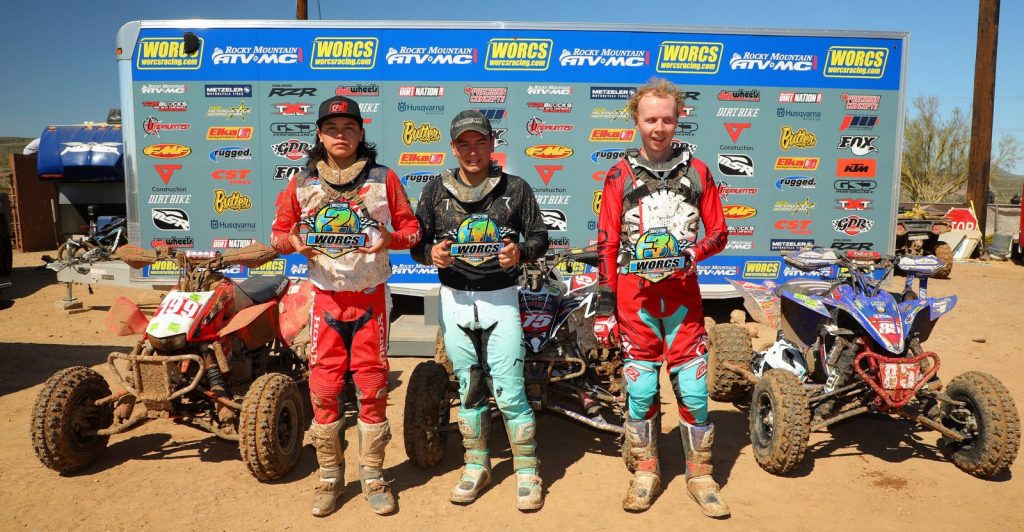 “I just paced myself and rode it until the end,” said Gonzalez, who holds the points lead with his second victory of the season. “I just tried to jump over the rocks instead of bulldozing into them.”

Curley said he needed to find a flow in the course to ensure he didn’t get snagged by the rocks and square edges. After winning the last race, he was pleased to score another podium. “It was all about keeping my flow,” said Curley. “I found my lines, hit my marks, and made sure to save my bike. It was all about riding smart today.”

Turner remarked at how rough the course was. The rocks, in fact, claimed their share of victims, with several riders losing chains in practice and the race. “That was a rough course,” said Turner. “I just tried to pick the smooth lines and avoid hitting the sprocket and router on the rocks. I looked ahead and focused on my race.”

The WORCS ATVs will return to action on the series’ most unique courses at The Orleans Arena in Las Vegas. The indoor-outdoor event is scheduled for April 12-14.