The event was held on the combined motocross and desert off-road course west of Bakersfield. Arid weather and warm temperatures combined to dry out the silty course and make for difficult racing conditions. The jumps and big air of the motocross section and the silt beds, rocks, and holes in the desert made for a challenging and fun race.

Sloan took the holeshot on his Yamaha, but Baron was charging on his Honda. Getting to Sloan’s rear bumper through the dust was a feat in itself, and Baron made the pass for the lead on the first lap. From there he wasn’t headed and is now poised to clinch the championship at the next round. With a 22-point lead, Baron needs only to start the final race to win the title. 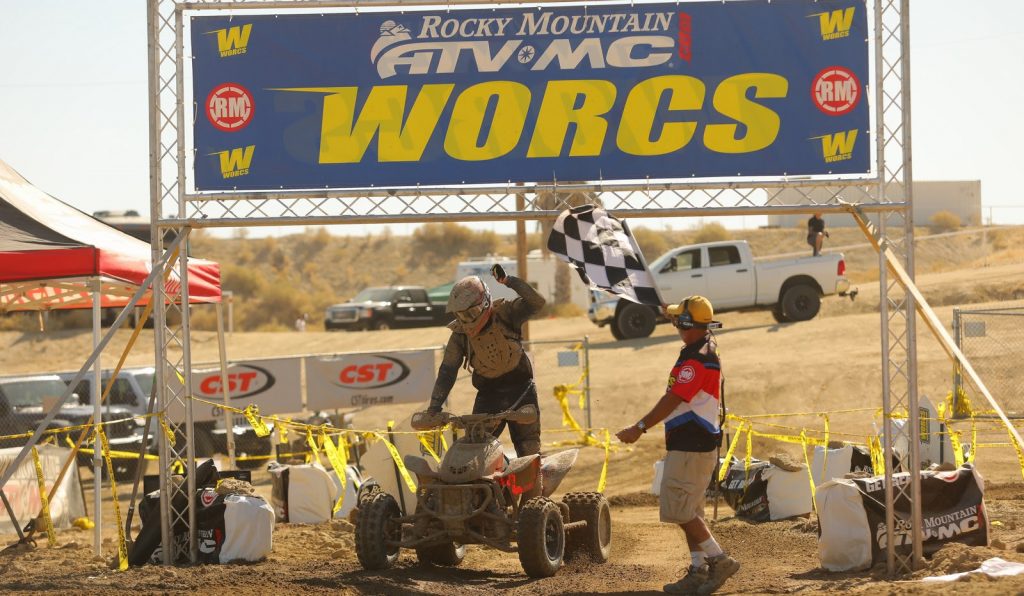 “I was stressing because I didn’t know I was going to be able to do it because the dust was so bad,” said Baron. “I stayed close enough to get through the bad stuff and eventually got around him. Then I just tried to ride solid laps.”

Sloan, who had been fighting clutch issues all weekend, was pleased to get out front at the start, but couldn’t hold off Baron. After falling to second, he followed Baron for the balance of the race and ended up netting his sixth podium of the season. “I couldn’t hold him off, so I just tried to stay behind him,” said Sloan. “This is not what we wanted here, but I put my head down and just kept charging.”

Miranda was competing in just his third race of the season on his self-built Yamaha. He ran consistently throughout the race to finish third and earn his first career Pro ATV podium. “Sometimes having a reliable machine is all that matters,” said Miranda. “I managed to keep it together this weekend, stay on the bike, and got a good finish. I’m not the fastest rider out there, but I have a reliable bike that I built myself.”

In Pro-Am, Sanford led every lap of the event from the holeshot on his Honda and won his first race of the season. Points leader Ricardo Gonzalez finished second on a Yamaha, ahead of the Honda of Jarrett Curley. 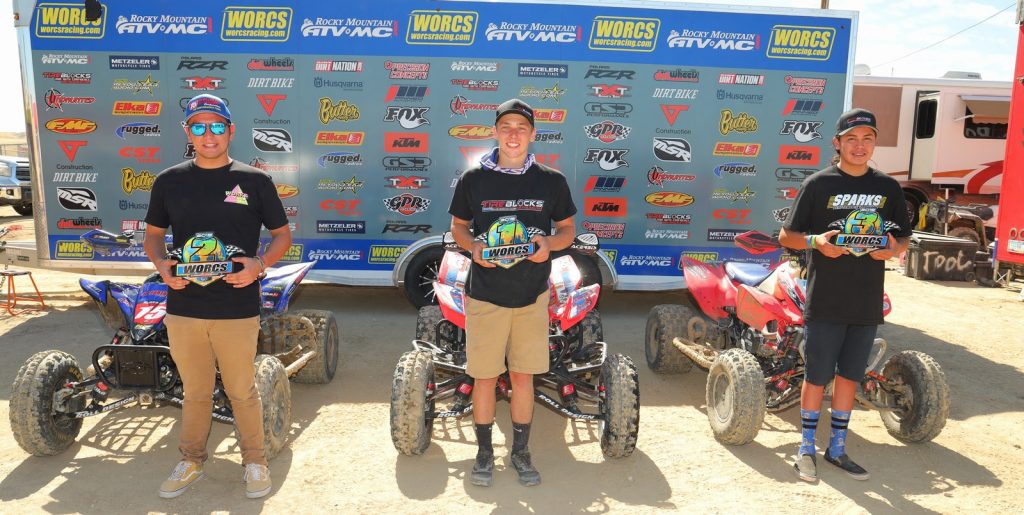 “The holeshot was pretty much the key out here because some sections were muddy, and some were dusty,” said Sanford. “I’m learning the bike and I’m getting faster. Every race is a learning curve.” 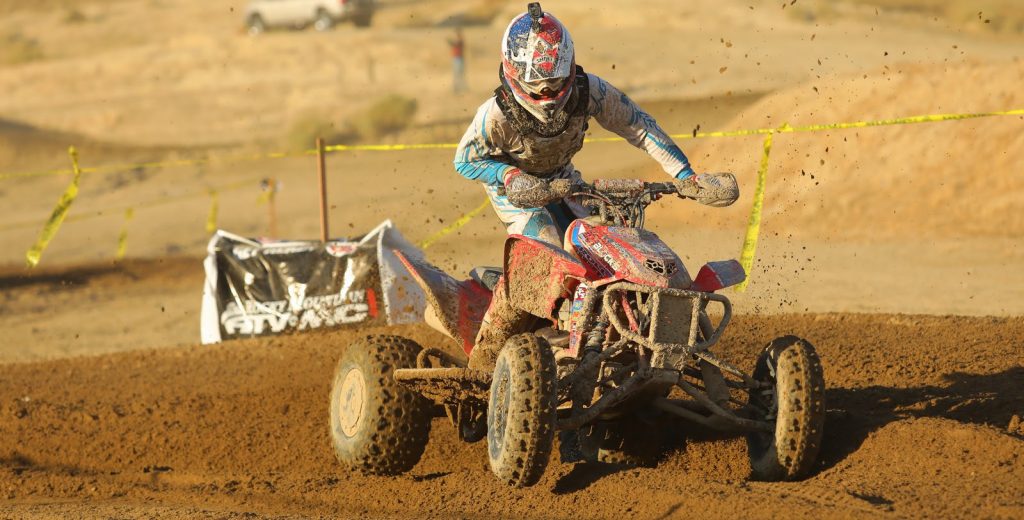 Gonzalez earned his sixth podium of the season with the runner-up finish. Though he was able to get close to Sanford, the dust kept him in check and he wisely ran second. Gonzalez now owns an 11-point lead on Sanford going into the final race of the season. “When I got close to him, we got into the dust,” said Gonzalez. “I wanted a good battle, but I just couldn’t get close enough.”

Curley too was hampered by visibility issues. He started third and finished third. “I left the line third and I just rode my race,” said Curley. “The track had a lot of fun jumps and I watched out for all of the holes and the rocks and made it to the finish.”

The WORCS season finale for the ATV classes is scheduled for November 22-24 at Buffalo Bill’s Resort and Casino in Primm, NV

ATVMX: AT THE FINISH LINE