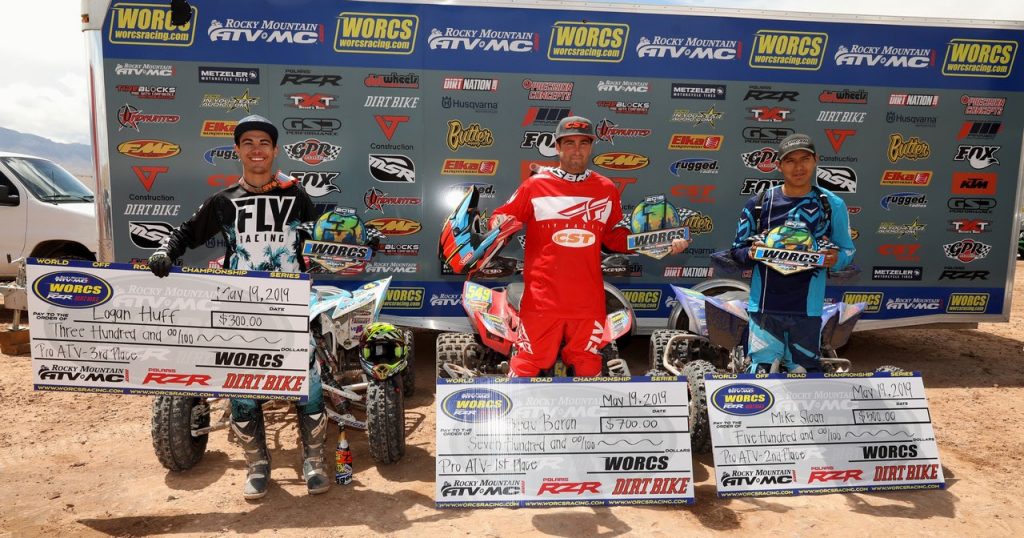 Rain hit the track prior to the ATV event and let up just at the start. The moisture was welcomed as he made for perfect conditions on the sandy desert off-road and motocross circuit.

Baron took the holeshot at the start, but Sloan stayed with him for the first lap. As Baron entered the scoring chute to start lap two, he missed a turn and clobbered a tire, bending his bumper and nearly throwing him off his Honda.

Sloan took advantage of the miscue, taking the lead. Baron was determined, though, and after remounting his quad, he caught Sloan on lap three and then took the lead for good one lap later.

“I just center punched that tire and crippled my bumper under the hood,” said Baron, “so Sloan passed me and got a pretty decent gap. I got back on my bike, rode really hard, and caught up to him that next lap. The lap after that I passed him when he overshot a jump. From there I just tried to stay consistent because I’ve had a real problem with my right arm and hand going numb. I held on just enough to get the win.”

Baron just lost the championship last season to Sloan and for the first time in recent memory, Baron’s red Honda isn’t sporting the #1 plate this season. That’s something that clearly irks Baron and he’s doing everything in his power to ensure he gets it back. “I don’t have the one plate this year, and I miss it, so I’m going to do everything I can to get it back,” exclaimed Baron. “We’ve won the last few races and I couldn’t be more pumped.”

Sloan rebounded from a last-place finish in the last race to get back on the podium here. Though he was pleased with his runner-up finish, working and riding on the weekends has taken its toll on his fitness. “I haven’t been training enough and I started riding tight,” said Sloan. “I just tried to regroup, ride my race, and get some points. It’s hard to work on the road and race quads on the weekend. But I’m having fun and I love it.”

Huff finished third for the third consecutive race and remains third in points behind Sloan. Huff, in his rookie Pro season, said the threes aren’t half bad, but he hopes to move up using consistent riding. “The rain cleared up right as we took the line, the sun came out, and the sand was good,” said Huff. “I’m sitting pretty comfortably in third in points. Consistency will get me there. This is my first year in Pro and I’m third in points so I can’t complain.” 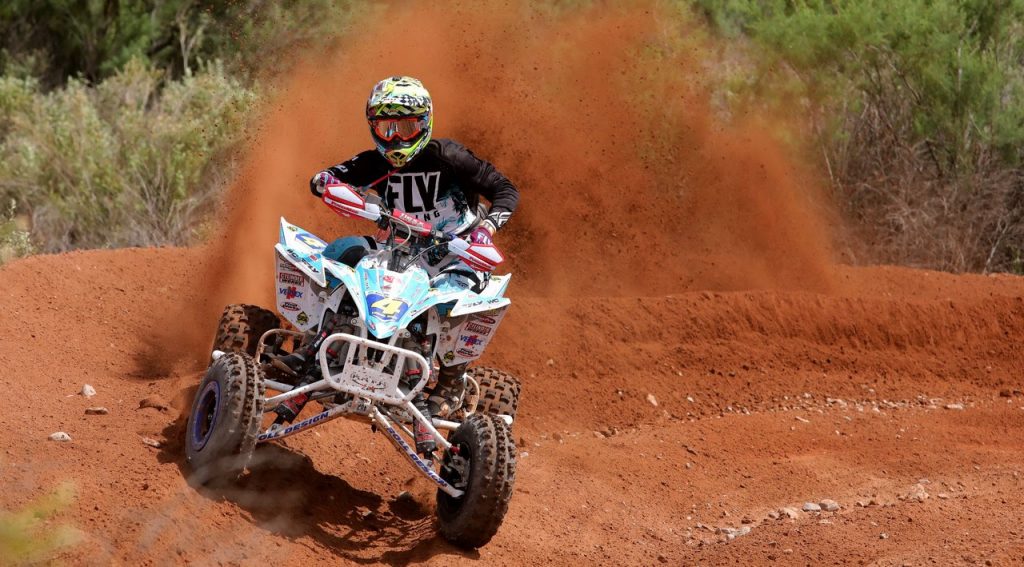 In Pro-Am, Ricardo Gonzalez padded his points lead with his third victory of the season. Kenny Sanford was second, followed by Erin Simmons. 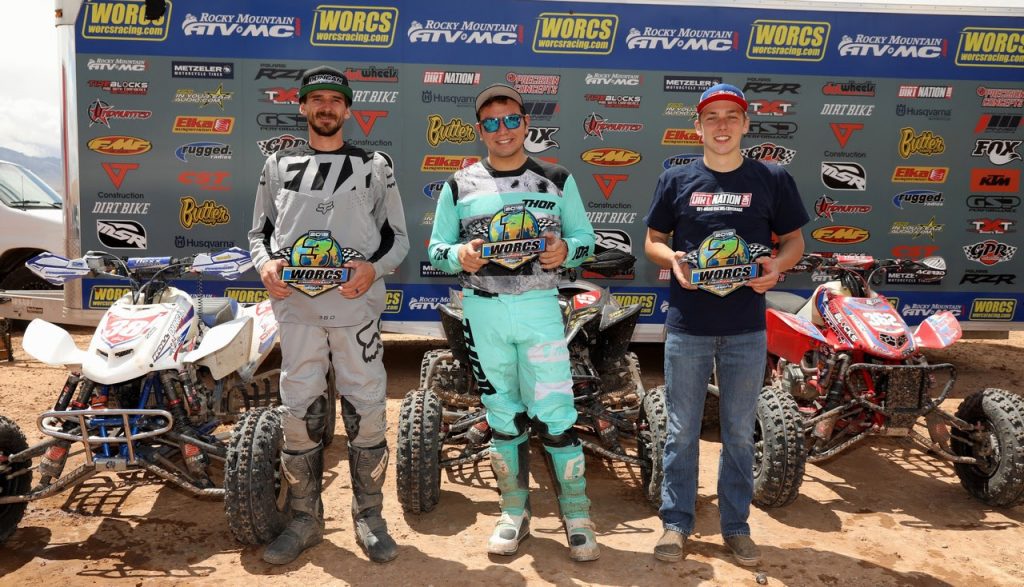 The WORCS ATVs now head into the summer break. The series will return to action September 13-15 at Glen Helen Raceway in Devore, CA.

HOW TO HAUL YOUR MACHINE