Big Wins Across The Board for Can-Am 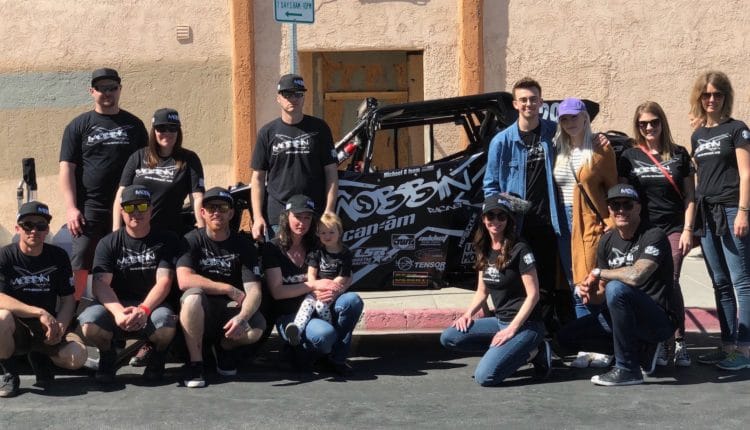 “This was an awesome weekend for Can-Am, because we won several races and continue to showcase the Maverick X3 side-by-side as the ideal platform for rugged off-road racing,” said Jeff Leclerc, Team Leader, Can-Am racing. “But, it’s also huge because we’re all part of the same off-road family, so to see our racers and their entire families on the various podiums is very rewarding for me personally and for Can-Am. When we say, ‘we’re built for this,’ it’s more than a tagline, it’s speak to our devotion to building innovative products that cater to this lifestyle, whether that’s competitive racing or pushing the limits just for fun.”
Four Champs Crowned at 2018 UTV World Championship
Can-Am Maverick X3 side-by-side vehicle racers had a fabulous weekend in the Nevada desert, winning four titles at the 2018 UTV World Championship in Laughlin. Utilizing the industry’s most powerful performance side-by-side vehicle, the teams capturing six of the top 10 finishing spots in the UTV Pro Turbo ranks and sweeping the UTV Unlimited class podium. 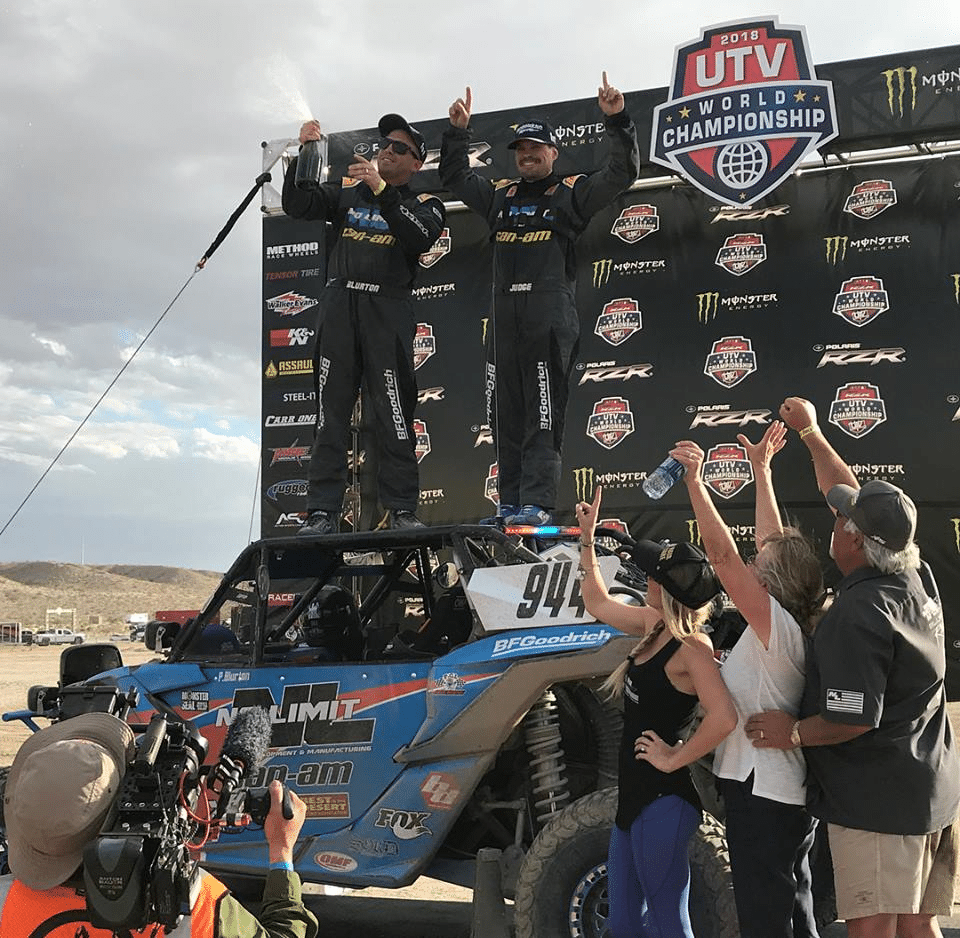 Headliner and reigning BITD UTV Pro Turbo class champion Phil Blurton put in a stellar performance at the UTV World Championship main event, winning his class in his No Limit RD / XRS / Can-Am Maverick X3 side-by-side vehicle. The victory also gave Blurton impressive back-to-back UTV World Championship victories, solidifying the Can-Am Maverick X3 vehicle’s status as the go-to vehicle for desert racing.
“I was raised in the racing world and I am extremely proud to carry the flag that my father gave me,” stated Blurton. “To have him, my mom, my wife and daughter all on stage with me to celebrate my second consecutive UTV World Championship is fabulous. And thanks to Can-Am for building us an awesome platform to achieve this victory.” 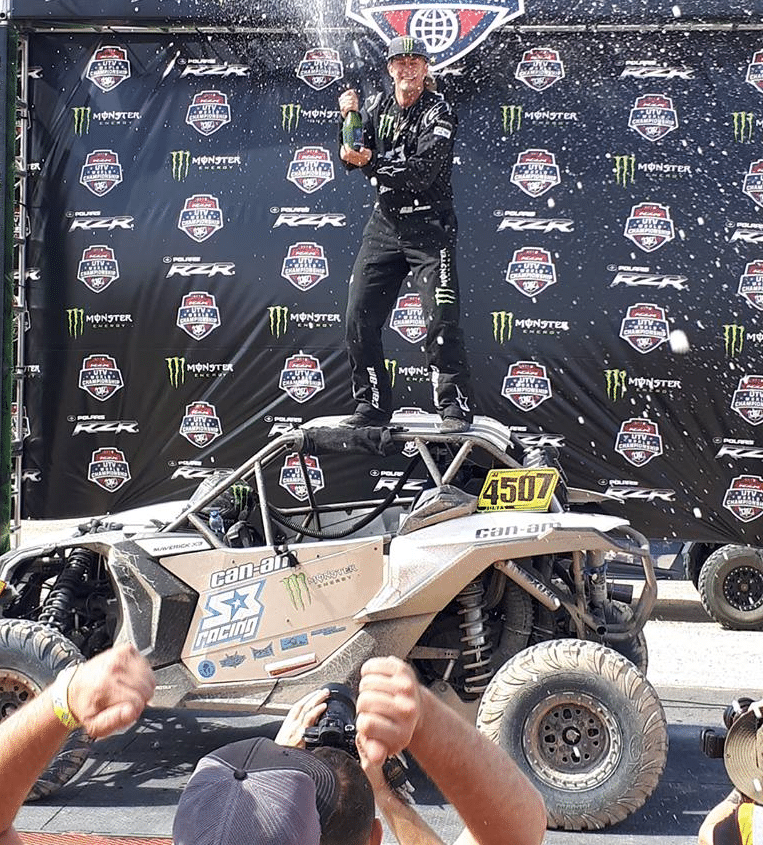 S3 Racing / Can-Am driver Dustin “Battle Axe” Jones, who finished third in the UTV Pro Turbo class rankings also took home a victory in Nevada. Jones finished the FOX Short Course race in under an hour, winning by more than two minutes of the runner-up finisher. He then quickly got in another S3 Racing / Can-Am desert vehicle to compete for the UTV Pro Turbo class win. Fellow S3 / Can-Am racer Logan Brezina took third place in the Short Course competition.
“This was one of the roughest races we have had in a long time. The short course was especially demanding, because I was driving at nearly full capacity to outrun the fastest guys in the country,” stated Jones. “I fully believe that running a superior machine in the X3 was a huge advantage for this type of race and no doubt attributed to being able to put over two minutes on my closest competitor. This was truly a great weekend to be racing a Can-Am!
“It is an amazing feeling to travel roughly 1,500 miles across the country to join an incredible group of passionate teammates,” added Jones. “To come up on top of the box with this Maverick X3 makes everything greater. The beauty in this is that I am also doing all this with my closest friends. I’m having the time of my life.” 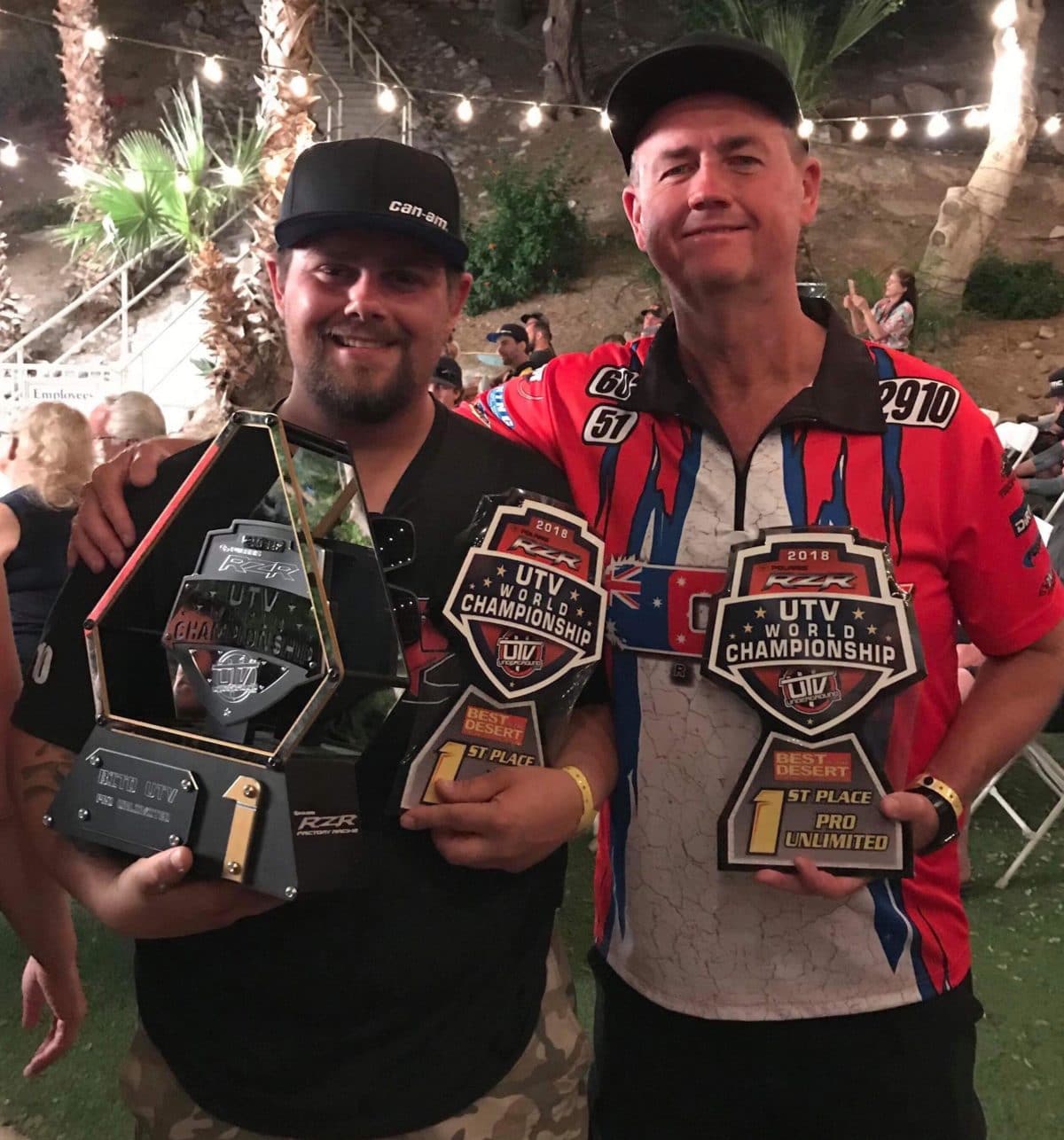 Not to be outdone by his fellow Maverick X3 side-by-side vehicle racers, Australian Brett Comiskey drove his Lonestar Racing-backed Can-Am to an easy victory in the UTV Unlimited class, winning by more than 30 minutes. Fellow Can-Am Maverick X3 side-by-side vehicle pilots Michael Isom and Randy Raschein also completed all nine laps and joined Comiskey on the class podium for the sweep. The Can-Am team earned two additional podiums with the 172hp Maverick X3 platform, as Garrick Lastra and Casey Currie finished in second and third, respectively, in the Stock Rally Class (Desert Race). 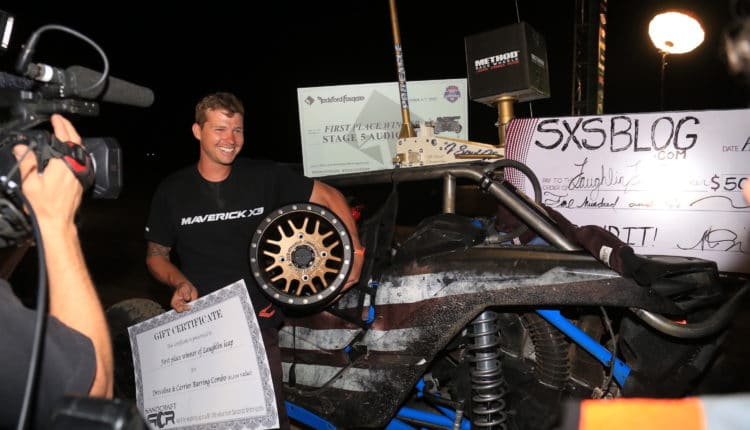 Cole Freiday started things off smoothly Thursday evening for Can-Am, as the Arizona driver outdistanced the competition at the Method Wheels Laughlin Leap jump contest, which officially kicked off UTV World Championship weekend. In his first UTV event behind the wheel of his personal Maverick X3 X rc, which features a class leading suspension from the factory, bought in November of last year, he dazzled under the lights, leaping 117.9 feet to grab the win and roughly $10,000 in cash and prizes.
Untouchable at Steele Creek GNCC
Two-time defending 4×4 Pro class champion Kevin Cunningham has been on a roll in 2018, having won all three GNCC events this season aboard his Can-Am Renegade X xc 1000 ATV. Cunningham, who didn’t disappoint at Steele Creek in North Carolina, notching another convincing victory on his way to a perfect 4-for-4 output this year. In fact, dating back to 2017, Cunningham has won 13 of the last 17 rounds and recorded 15 podium finishes. Can-Am 4×4 ATV racers notched full podium sweeps in four classes and won a total of five classes this past Saturday in North Carolina, showcasing the Can-Am 4×4 ATV’s dominance in the national series. 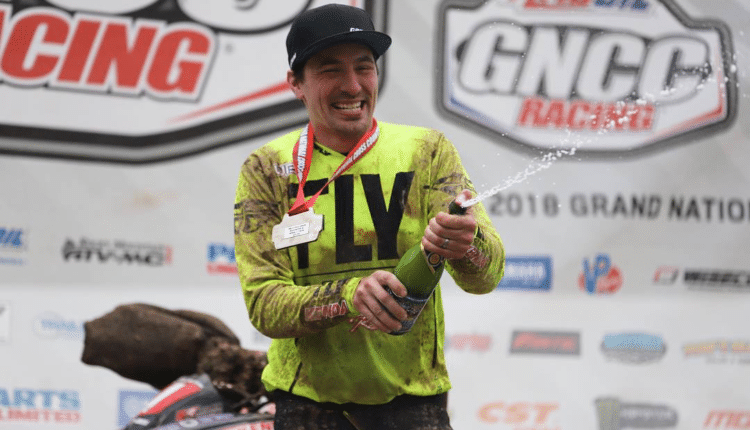 SCORE San Felipe 250 Podiums
The SCORE International San Felipe 250 on the Baja Peninsula ran on the same weekend as the UTVWC, but the Can-Am Maverick X3 side-by-side racing teams did outstanding in the Mexican desert as well. Lonestar Racing / Chapo Racing / XPS / Can-Am pilot Justin Elenburg was the first side-by-side vehicle to physically finish the race, but ended up with the runner-up spot in the UTV Pro Forced Induction class after time and penalty adjustments were made. Can-Am Maverick driver Jesus Mendez Jr. won the Pro UTV Unlimited class at the San Felipe 250. 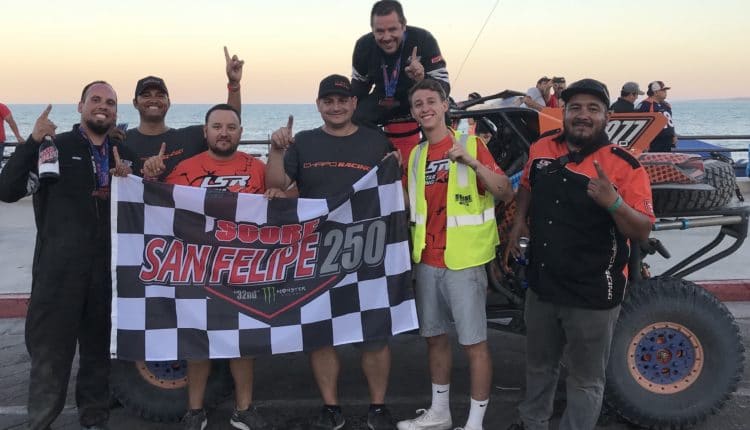