For a number of years now, camouflage has been introduced on many models from ATV/UTV manufacturers. Hunters mainly use camo to hide their machines from the eyes of their prey. Camouflage is made of different colors or materials that are collaborated into a pattern to help conceal or make objects hard to see.

Traversing landscapes on a brightly colored vehicle scares game away by distracting them from the natural habitat in which they reside. There are many ways to disguise your ATV or UTV other than purchasing a machine that comes with the color choice in stock form, but for hunters or camouflage enthusiasts, the best way to have camo incorporated on your machine is out of the factory. In this buyer’s guide we have taken the work out of finding the right ride for you with the disguise you need to keep the animals’ attention off of your machine. 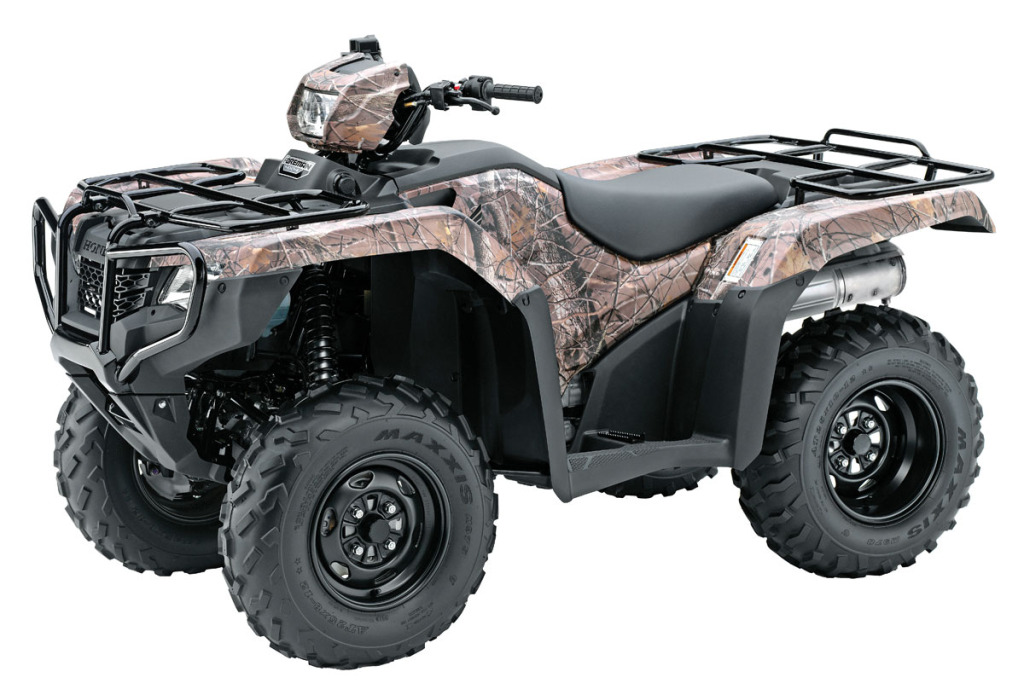 HONDA
Honda uses one main type of camouflage called Phantom Camo. For 2014, the R&D department of Honda spent a lot of time traveling to different environments around the states to find a combination of colors and materials that they combined to be effective in many types of environments. They wanted the most natural-looking patterns to be utilized on their ATVs and UTVs. Honda took the time to create a large enough camouflage pattern that rarely repeats on the machine. For a Honda ATV with the camo upgrade it’s on average $400 more than standard colors, and for a UTV it’s an average $600 more. 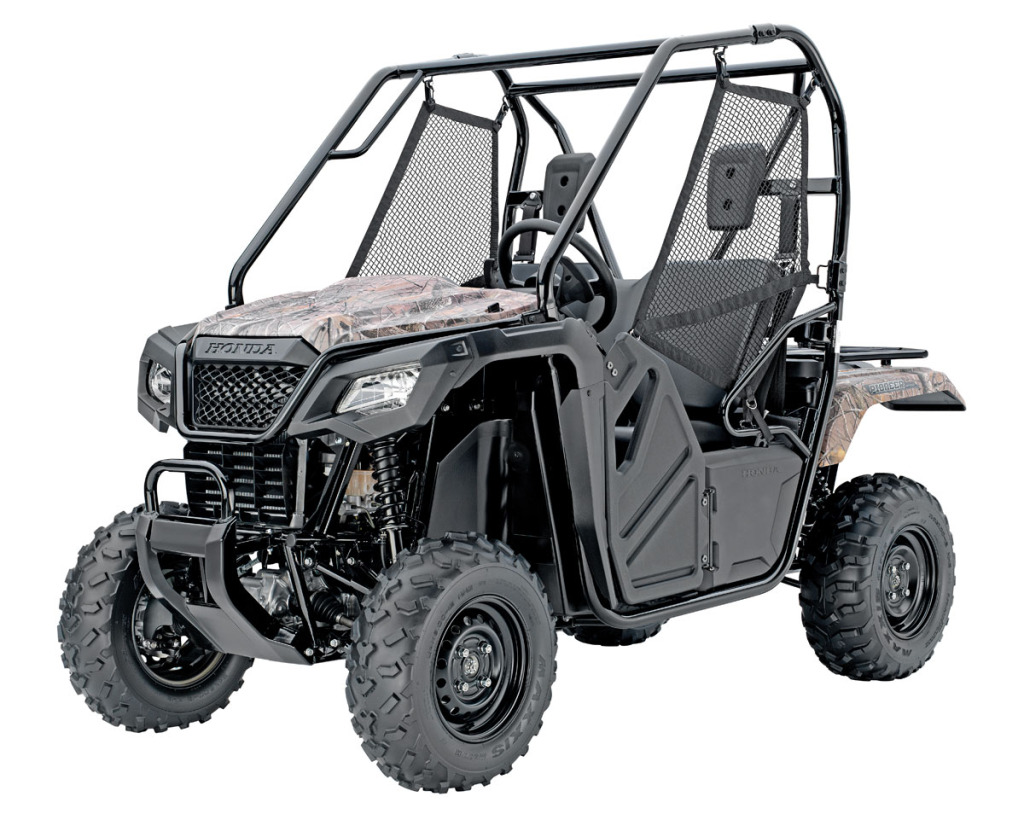 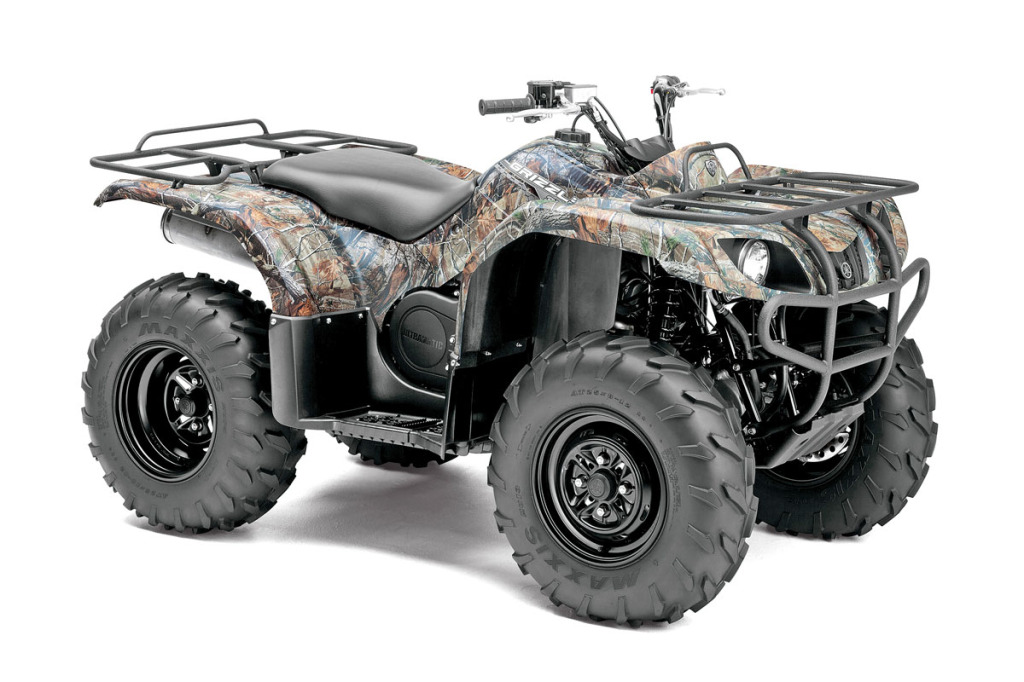 YAMAHA
Yamaha has incorporated their RealTree AP Camouflage on their 2014 line of machines. Realtree AP is neutral, open and a very realistic-looking form of camouflage. Yamaha chose to sell their machines with the option of Realtree AP Camouflage because they believe that it is everything a hunting camo needs to make it versatile and effective. The camo version of a Yamaha ATV comes at an additional price of around $450, while their UTVs include camo for an extra cost of around $700. 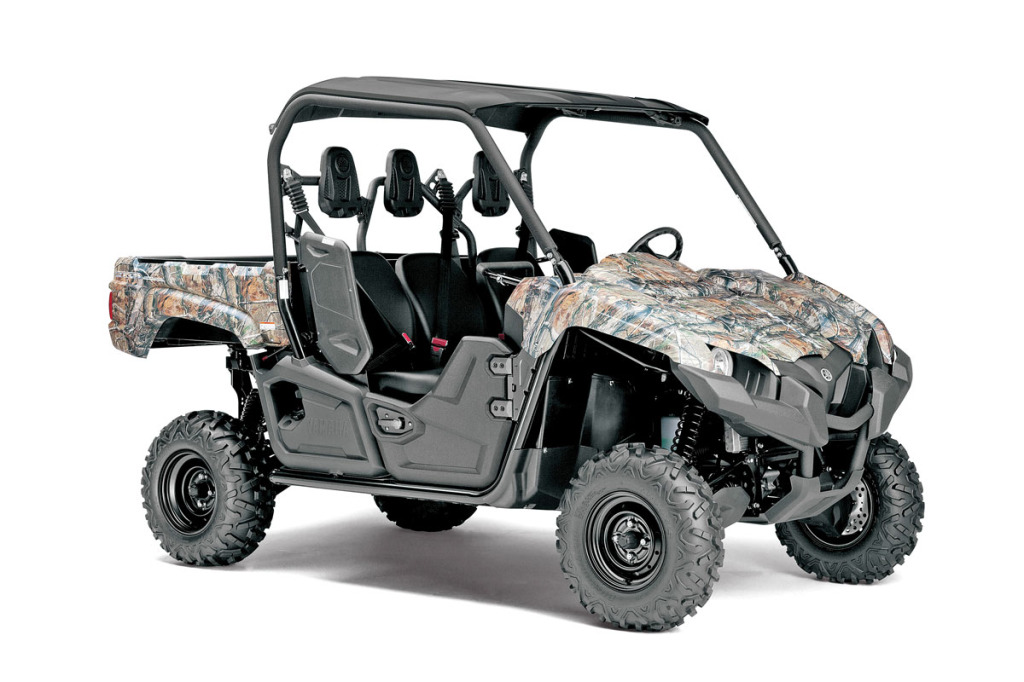 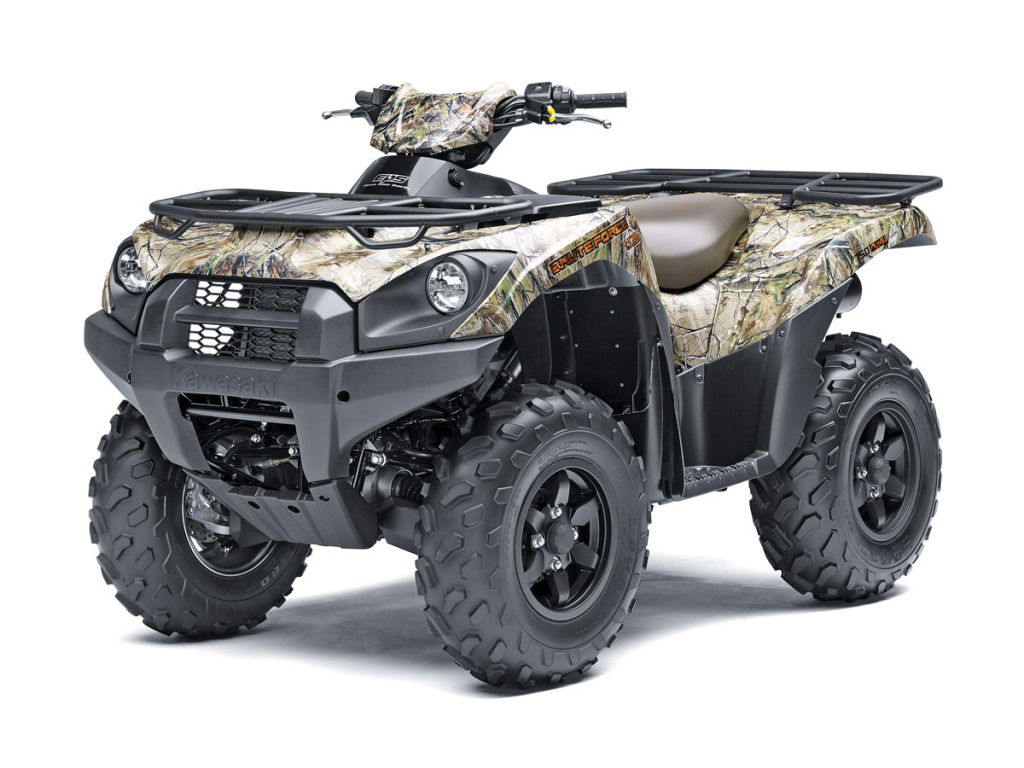 KAWASAKI
The color design team at Kawasaki shares a similar form of camouflage that Yamaha uses on their vehicles. It’s called Realtree APG HD and is similarly realistic to Realtree AP with its open, contrasting and versatile design. Their design is very effective all over the United States’ differing natural environments. Kawasaki tacks on camouflage to their ATVs for around an extra $600, and their UTVs get the camo upgrade for an extra $1200. 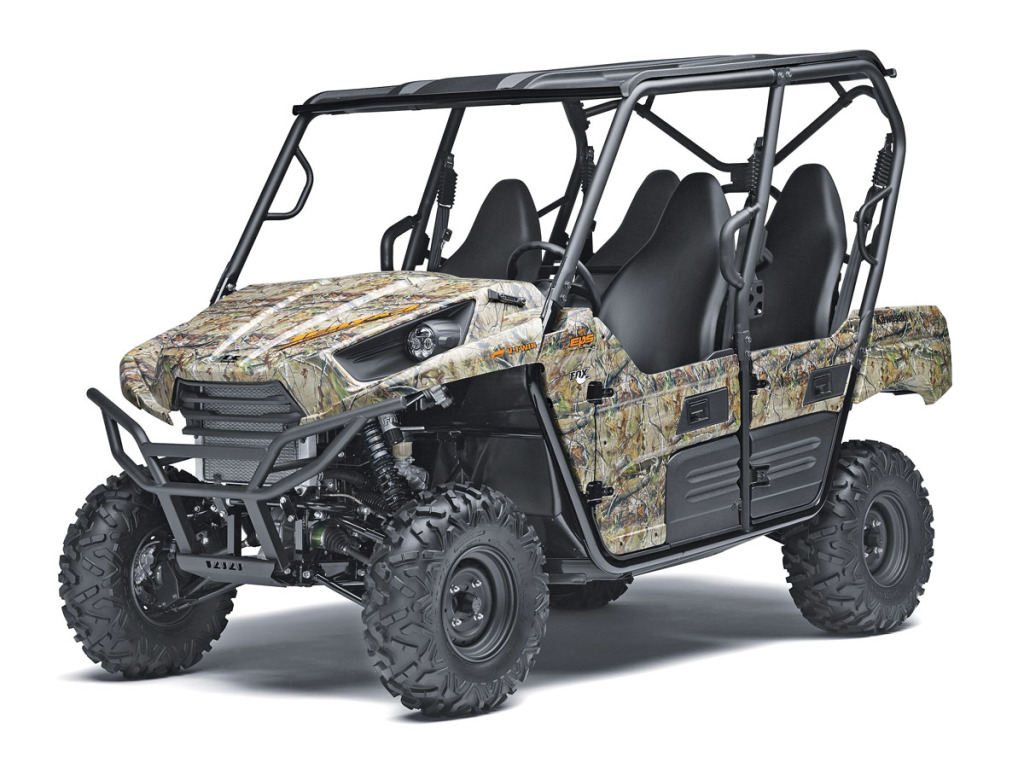 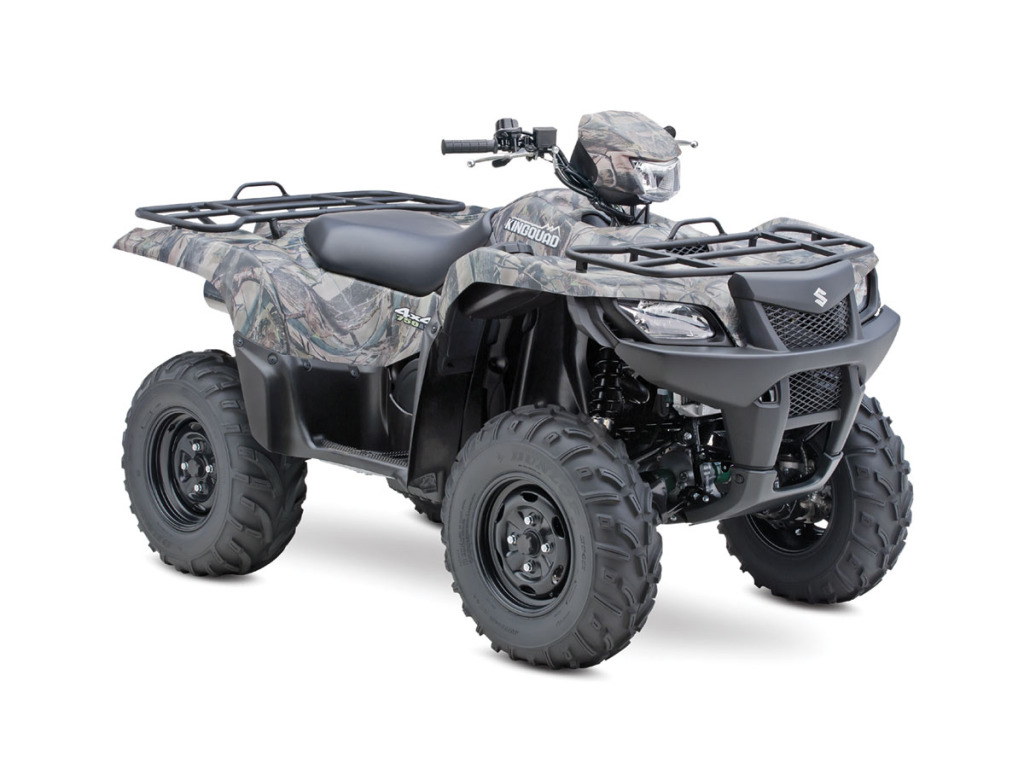 SUZUKI
True Timber XD3 is the name of the camouflage utilized on Suzuki’s machines. True Timber XD3 was designed with hardwoods, hints of green on a gray background with overlapping branches to give the camo a very natural look. It fits into many different environments around the United States and is great for hunting. The addition of a camo color choice on Suzuki’s ATVs will run you around $400 extra. 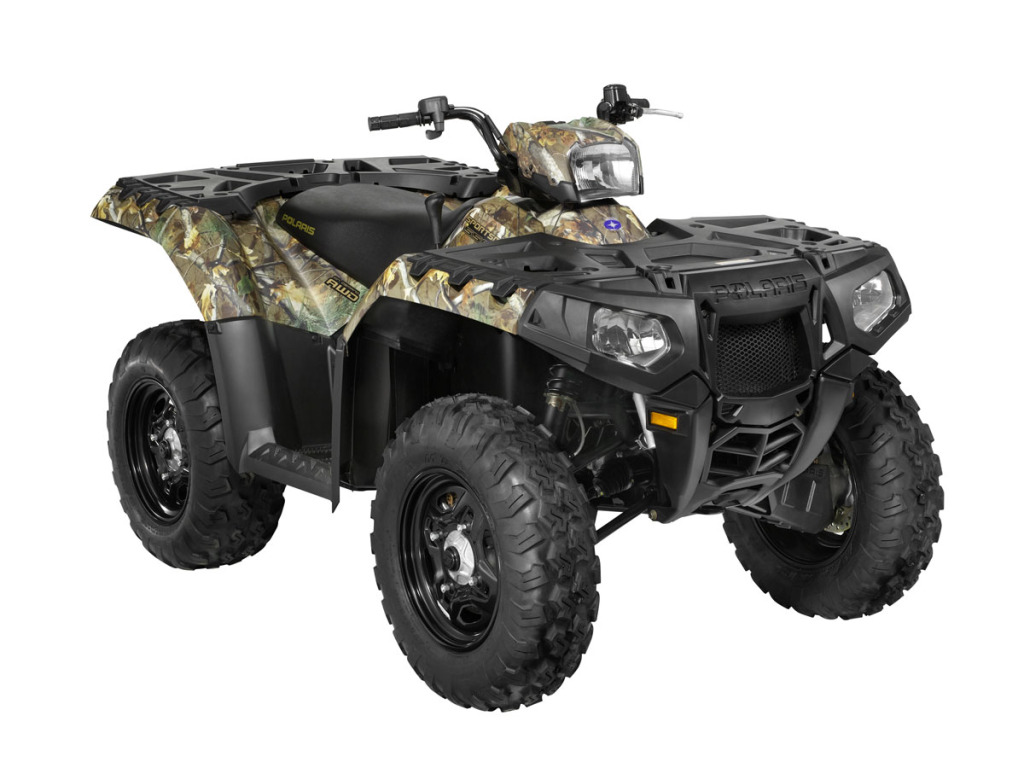 POLARIS
Polaris has two different camo options in their lineup of machines— Pursuit Camo and Browning Camo. The Pursuit Camo has a lot of rich browns and tans mixed in with patches of green that works well in many environments. Browning Camo is similar to the Pursuit Camo, but the greens are not quite as vibrant as they are in the Pursuit Camo. Both forms of camouflage are great for hunting applications. For Polaris ATVs, an upgrade to camo will run you an extra $400 and their UTV camo upgrade will run you another $700 above the price of the machine in a standard color choice. 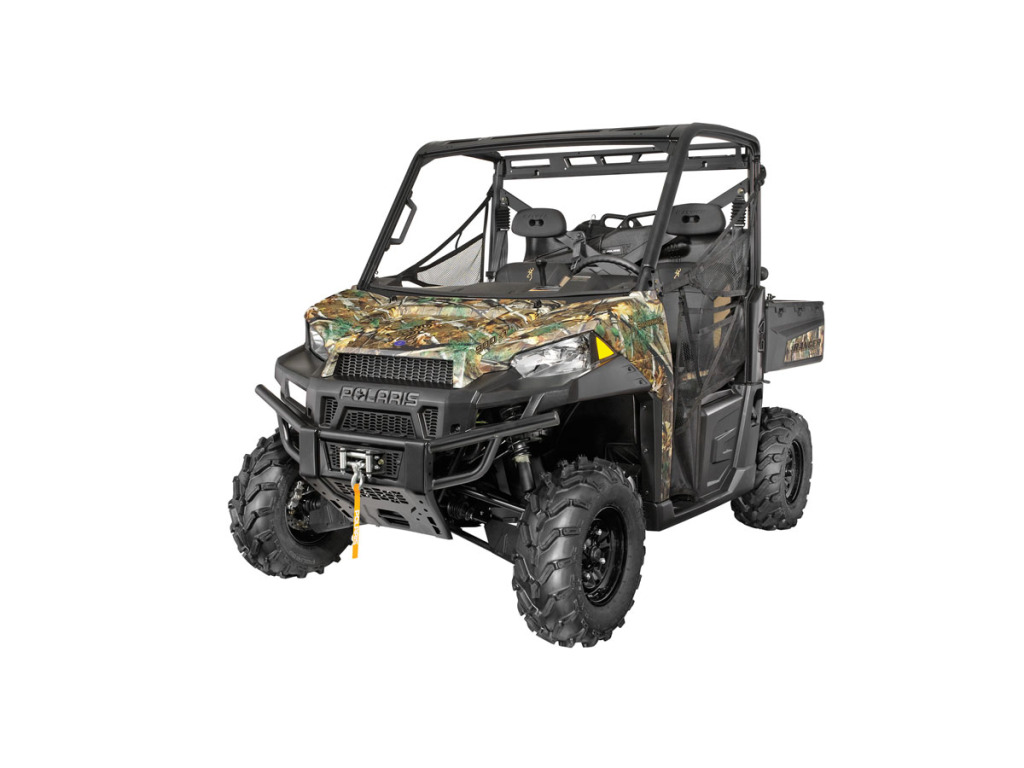 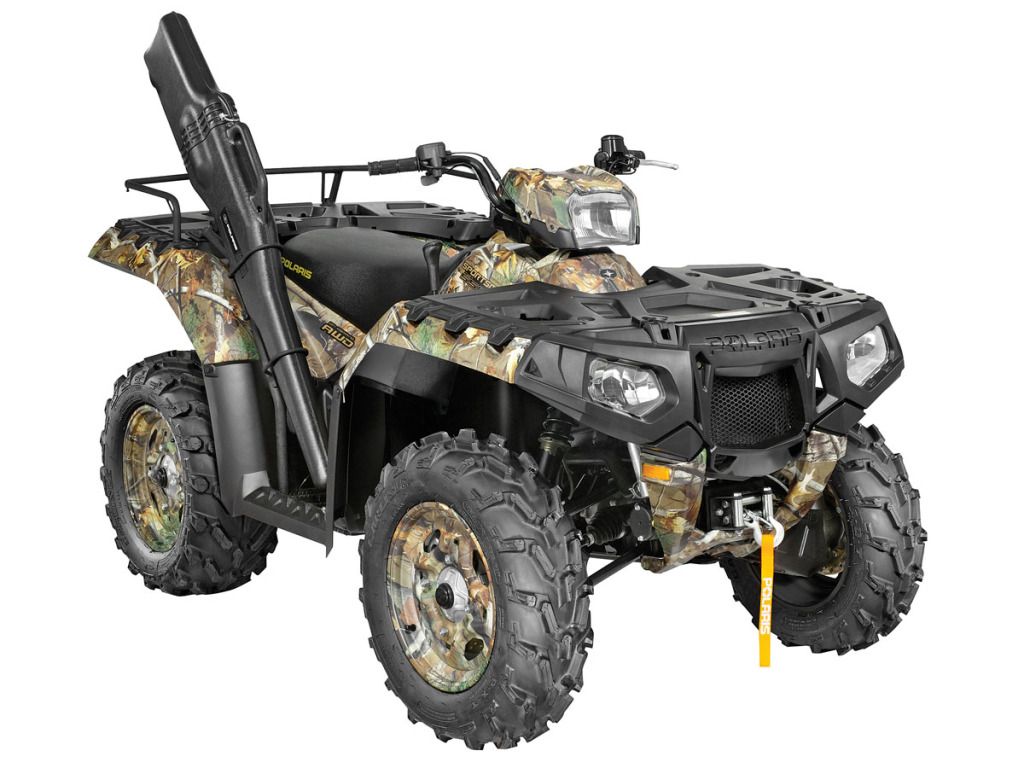 ARCTIC CAT
Arctic Cat makes different machines for different riding purposes. Hunters often require ATVs and UTVs that can traverse harsh and rough trails. Adding camouflage to their vehicles is a big plus for people who love to hunt or just enjoy the camo look. Arctic Cat’s camo fits in with many environments around the world and only costs an additional $300–$500 on average to include on their machines that have the camo option. 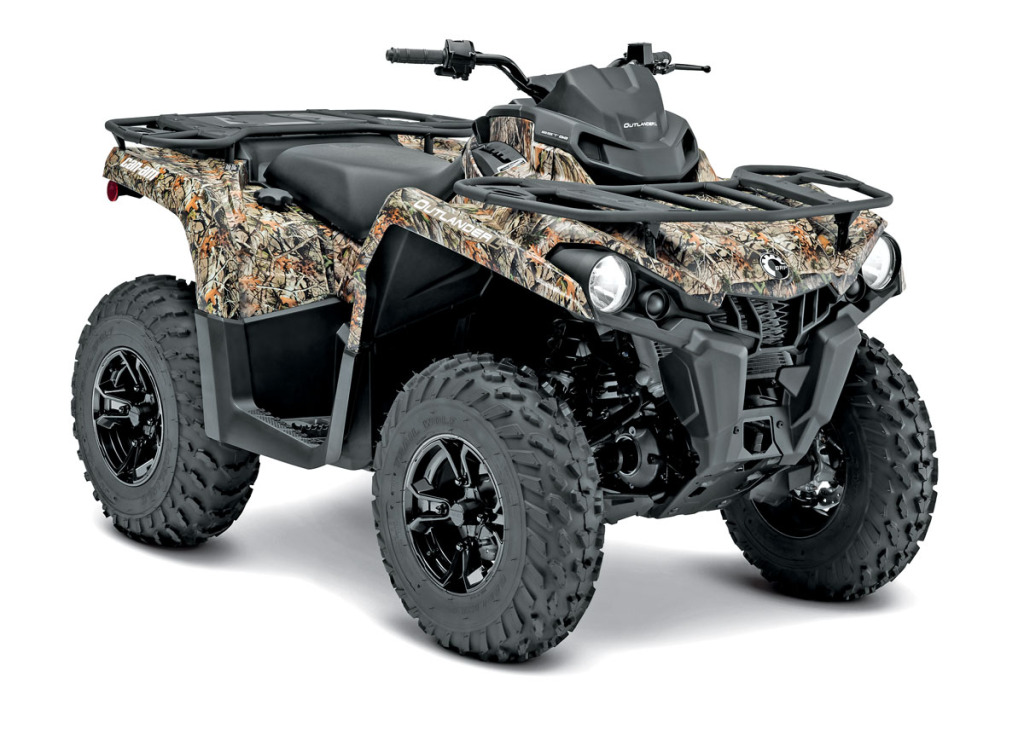 CAN-AM
The Next G1 Vista Camo comes on Can-Am’s machines. It has a very woodsy pattern that also works well in multiple types of environments and is perfect for the hunter in mind. Can-Am also has a new digital camo option with Manta Green, but that is more for the recreational rider not looking to go hunting with their machine. On average Can-Am’s camo for their UTVs is $850 more expensive than the other color options, and for their ATVs they have a $500 average price difference to have a camouflaged machine. 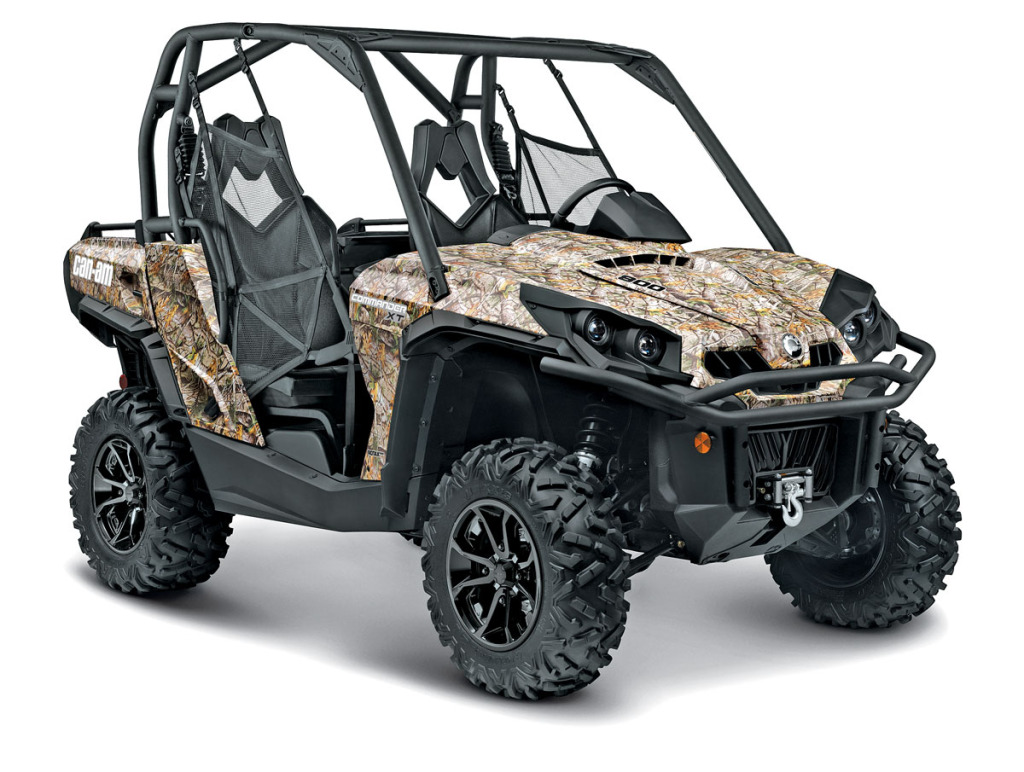 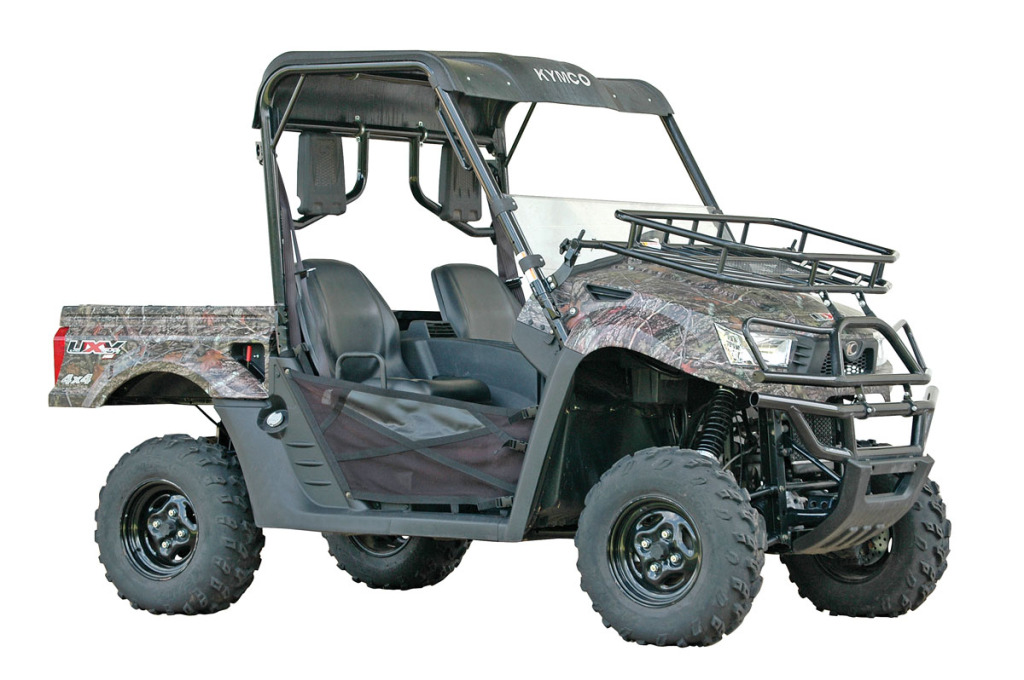 KYMCO
For Kymco’s 2014 lineup of machines, only two vehicles come with a camouflaged exterior. True Timber Conceal Camo is utilized on two of their UTVs. The camo is very open, earthy and will fit into many different types of environments. Hunters and enthusiasts can all be pleased with Kymco’s choice of camo. Instead of having an additional price tag to have camouflage on your Kymco UXV, they install other items like a front rack to be a part of the increased package price.