The highly anticipated ATV Supercross (ATVSX) at Daytona International Speedway provided the fans in attendance a spectacular glimpse at the 2020 season as round one for the AMA Pro ATV class kicked the season off in a grand fashion.  The speedway celebrated its 50th year of supercross with throwbacks to years gone by throughout bike week and the vast myriad of racing that takes place at the legendary facility during the week. 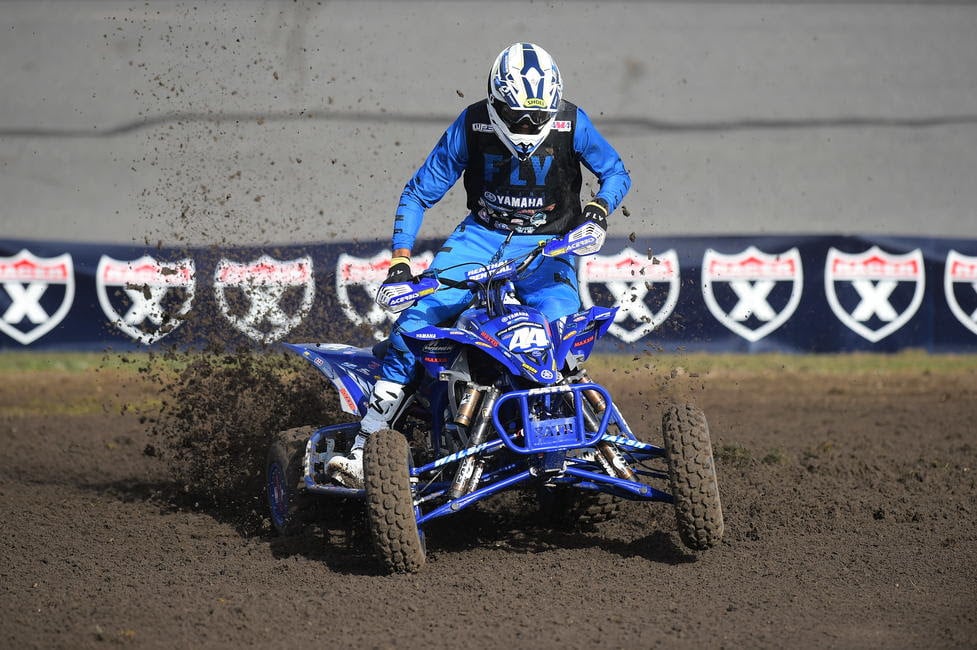 Wienen Motorsports/Yamaha/Maxxis’ Chad Wienen would once again rise to the occasion by taking his fourth win here at the speedway as fans witnessed the main event clogged with excitement! The win would not come easy as Tbrown84 Training/CST Tires’ Thomas Brown pulled out to an early lead with Wienen and a hard-charging Phoenix Honda Racing/Maxxis/Elka’s Joel Hetrick giving chase.

These top three riders picked up where they closed out the 2019 season, however, there was a noticeable difference as both Brown and Wienen appeared to be a touch more polished and ready to take the fight to Hetrick who has been all but unstoppable. 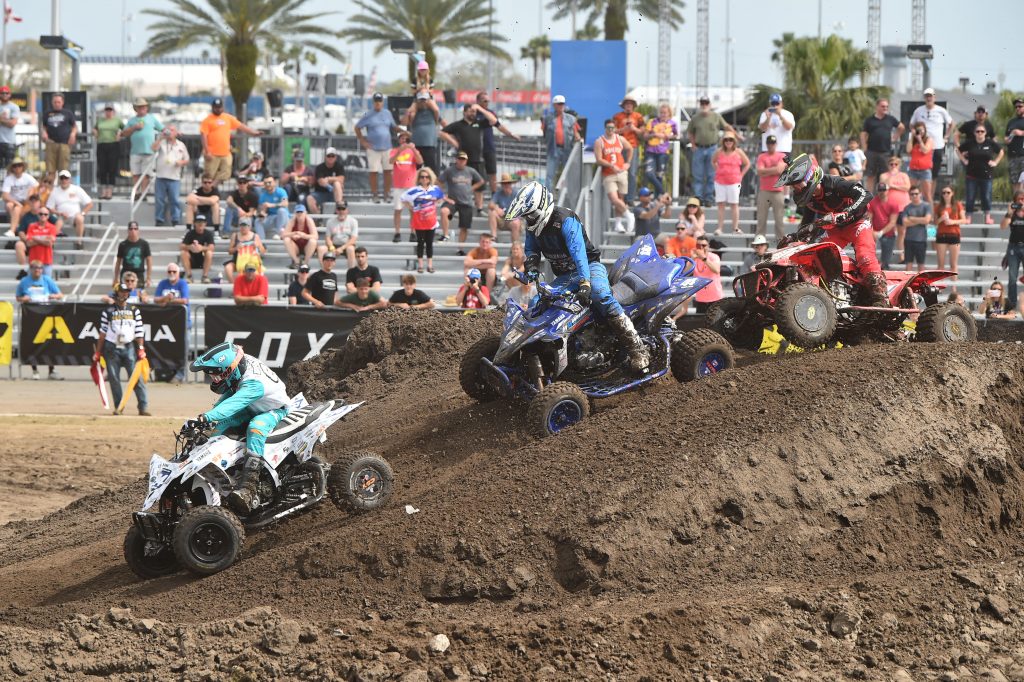 The battle in the main took shape quickly with Brown showing the world he had put in the work in the offseason. After setting an incredible pace, Wienen would grind it out and make the pass for the lead leaving Brown to fend off Hetrick, who was still feeling the sting from a heat race crash. Uninjured and looking for a win, Hetrick and Brown would be one of the hottest races to watch as the field separated. Hetrick would force a pass as he moved into second, but time was quickly running out as the race neared its end.

The checkered flag waved high as Wienen crossed the finish line unchallenged and secured the win far removed from any on-track controversies. Hetrick would claim second but Brown was missing as Nine6Nine/Barker’s Exhaust/Walsh Race Craft’s Alan Myers swept in to claim the final podium position! Brown and Hetrick had gotten together pushing Brown out of a podium spot and back to a heartbreaking eighth-place finish. 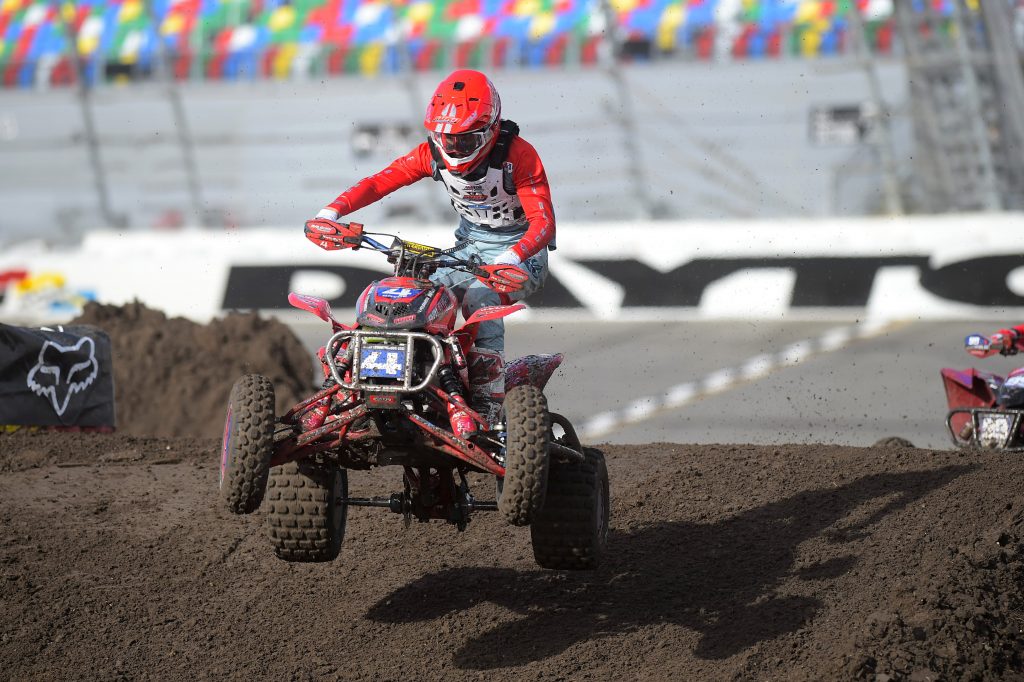 While the big names of the series were in play, it was two riders coming off their rookie year and absolutely exploding into the top tier of who’s who that had fans on their feet during the two heat races. Corrosion Specialities/Londerville Steel/Maxxis’ Brandon Hoag would fire off the gate in his heat race and power to the holeshot and run a clean heat claiming the win and would earn fifth on the day.

Not to be outdone, Myer’s effort answered any questions as to if he could build on his rookie season and he did just that as he too claimed a heat win. Myers would have his hands full in the main but was able to capitalize on Brown’s misfortune and take the final podium position highlighting an excellent day for his team. 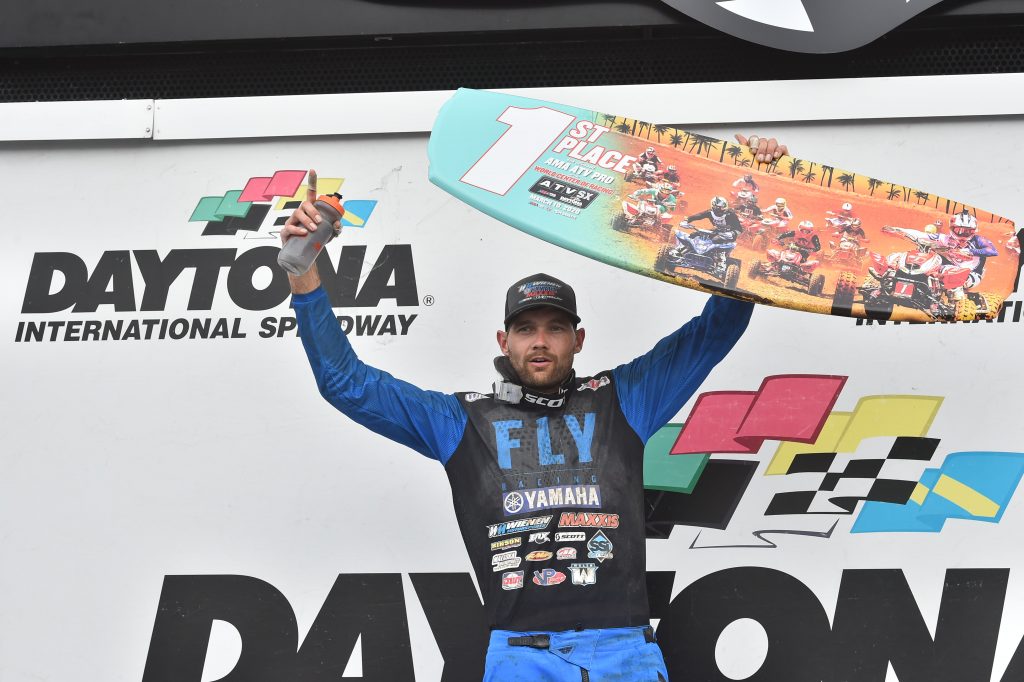 Rookie Ford Brothers Racing/Fly/Maxxis/Impact Solutions’ Brycen Ford was one racer that had everyone’s attention as he prepared to race his first pro event here at Daytona. Ford rode a smart race and left the questions answered as he rolled to a solid fourth-place finish.

For more information on the 2020 ATV Motocross National Championship, visit the series official website at www.atvmotocross.com or call (304) 284-0101. Join the conversation on the series social media channels, along with receiving the most up-to-date news and exclusive content.

To get the latest ATV Motocross clothing and merchandise visit https://www.mototees.com/atvmx/.