Wienen has the points By the staff of Dirt Wheels

For the past few seasons, fans of ATV/MX have been treated to a superb battle as two of the best to ever grab handlebars remained locked in an all-out war for the championship. Joel Hetrick and Chad Wienen have been the main story at every round with the race outcome never a sure thing.

On one hand, Hetrick has been clawing his way to the championship and is a huge fan favorite. Coming into the class, reigning champion Hetrick made his mistakes and had successes. Wienen always seemed to come out on top even when qualifying against Hetrick, who was fastest by the numbers. These days the torch has been passed, and Hetrick knows he is the man to beat. For a warrior at the highest level, that doesn’t sit well with Wienen.

The pair both had moments in the past two seasons that cost them the number-one plate. At round five, Hetrick again failed to finish the first moto, but even so, he is only seven points behind Wienen.

The prelude to the season looked like the outline to a suspense novel. Hetrick with the championship and Wienen wanting fiercely to get it back, plus a brand rivalry pitting half-hearted Honda versus a bold and dedicated Yamaha, as well as the old guard being challenged by the new breed. The racers know that every little detail counts in the world they live in.

The first race back was a new track layout at Aonia Pass MX. The rough track-tested endurance, but several optional lines allowed for passing. It was almost surreal, with everyone wearing masks and doing their best to observe social distancing, but none of the racers cared about distancing on the track!

In the end, Hetrick was reeling from a pair of moto wins that gave him the day’s victory.

With the first round (after COVID) out of the way, it seemed to bring back some normalcy to the racing world. The opening round in Florida, the Daytona ATV/SX, had shown that some young stars were rising, but not on the podium at Aonia.

The next round was a muddy one at aptly named Muddy Creek where passing was tough. Hetrick was able to push himself into the lead, with Thomas Brown second and Wienen third in the first moto. Hetrick won start to finish in the second moto, Wienen grabbed second, and a late electrical issue for Brown put up-and-comer, Brandon Hoag, on the box. Hoag, Alan Meyers, and Bryce Ford are all first- or second-year pros that are showing speed and style but not always consistency. Hoag is the steadiest of the three, and he left Tennessee with third in points.

At round four in Illinois, considered Wienen’s home track, Hetrick and Wienen split moto wins. While Wienen was credited with the overall, the point gap stayed equal. Hetrick had 11 points in hand, but misfortune could sweep that gap away with ease, so both riders needed to stay on their game. Brown went 3-3 for third and tied in points with Hoag. Rookie Bryce Ford led much of the first moto and earned fourth for the day.

At this point in the series, the racing had been strong. The top six were evenly distributed between Honda and Yamaha riders and between veterans and new or recent pros. That is a mix that promises a great season and strong seasons to come.

At fateful round five in Pennsylvania, Hetrick did indeed have his 11-point lead demolished and lost the lead, though he came back and won the second moto. Wienen capitalized and snapped up the points lead. For Brown being on the second step of the podium was a step in the right direction as far as he was concerned. Brown is 42 points out of the lead, so he would need a big move to be a title threat at this point. Bryce Ford also got to stand on the podium. It is looking like another wheel-to-wheel finish. 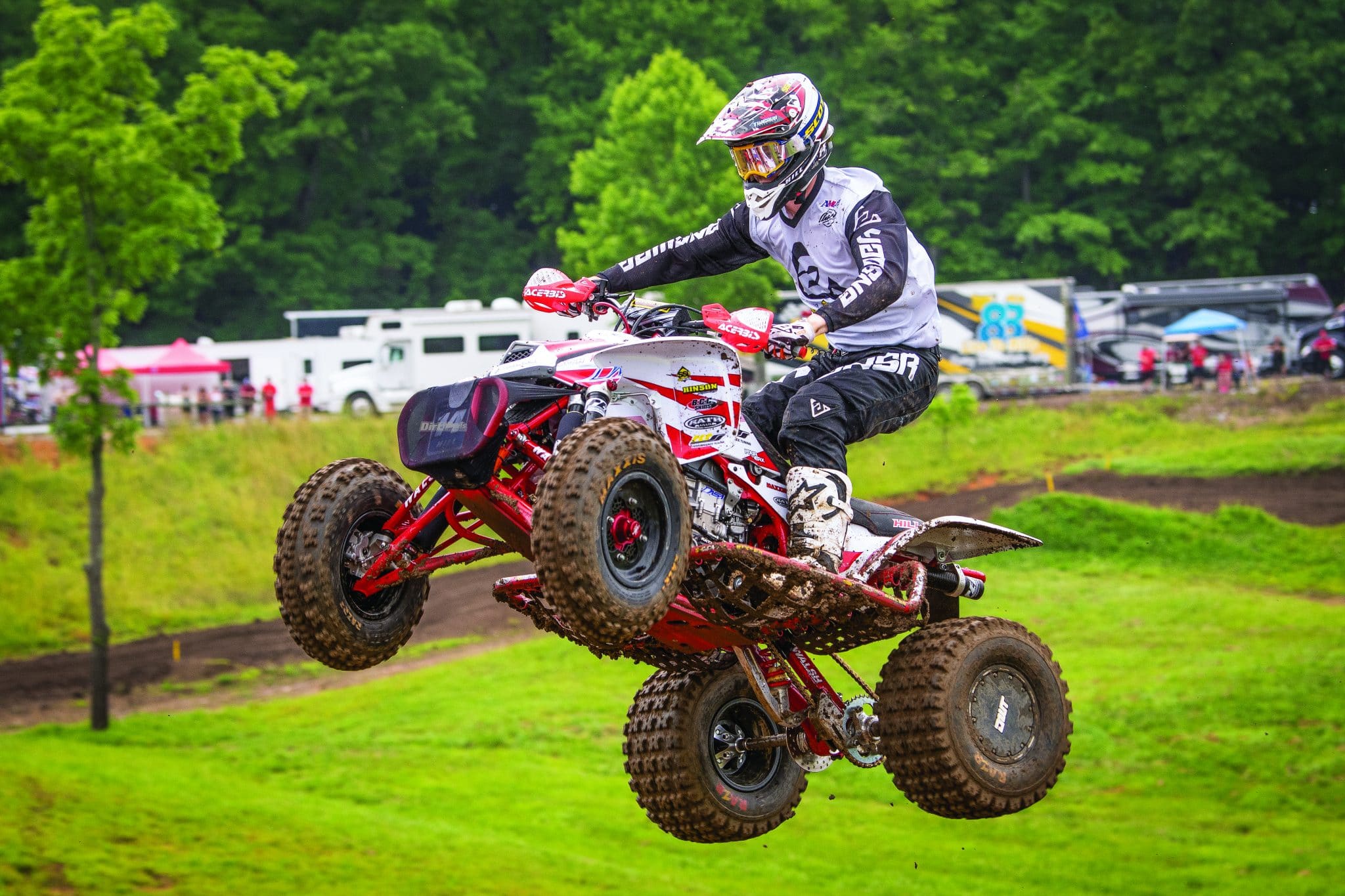