The 2020 season finale of the General Tire Sand Outlaw Series brought racing back to Glamis at Oldsmobile Hill after a 10-year gap. Previous rounds at Glamis have run on the relative flats alongside famed Gecko Road. With the drags returning to iconic Oldsmobile Hill, it seemed like crowd control and spectating locations were much improved. There was a good turnout, and the Sand Outlaw crew was careful to keep the hill groomed to keep things safe and fair for the racers.

The Sand Outlaw Series has become the place to make a name in the UTV drag racing scene, with the biggest and best builders in the world going head-to-head on the hill, with names like DW Performance, Evolution Powersports, K&T, LaRue Performance, Pace Offroad, Packard, Phoenix Speed Industries and SS Fab to name a few. With three classes—Stock Turbo, Mod Turbo and Outlaw—they have everything from mild dune cars running for fun to full-tilt drag cars. Glamis was the wrap-up of the six-race series. It started in February 2020 in Glamis and traveled to Sand Mountain, Utah; Winchester Bay, Oregon; and St. Anthony, Idaho, throughout the year. 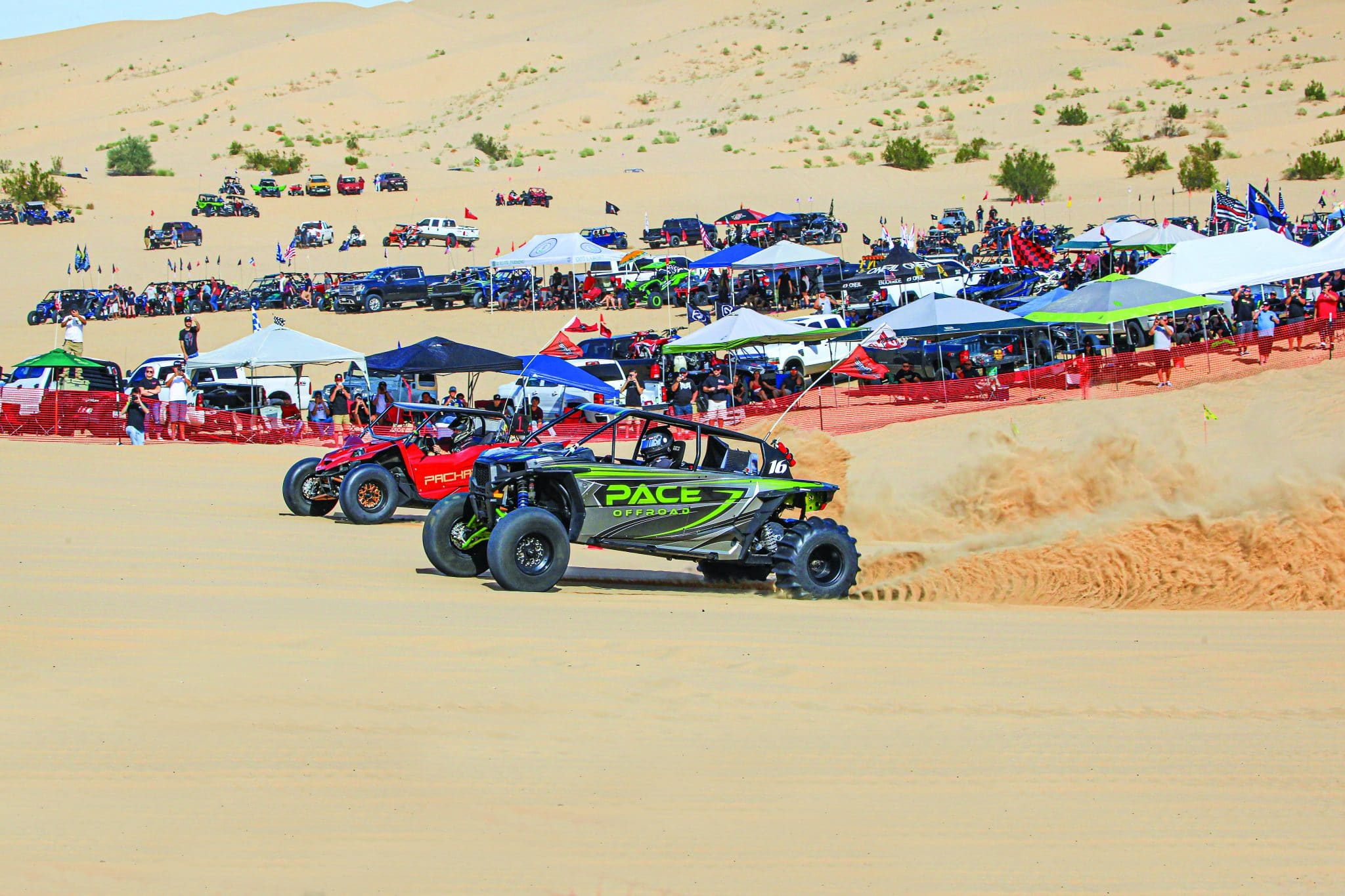 The final Outlaw race of the season came down to the wire, with a final shootout between Jedd Packard with Packard Performance and Scott Hughes with Pace Off-Road. Both cars had great reaction times and ripped up the hill with 100-foot sand roosts behind them. The finish was so tight that the finish-line camera had to be consulted! Packard’s Yamaha took the win, but the season championship went to Hughes in his Pace #12 car.

2020’s Mod Turbo-class season champion was Dan Picht with an Evolution Powersports Can-Am. He did double duty, picking up 10th in the Outlaw class in a different Can-Am. The 2020 Stock Turbo-class season champion was Allen Adams from Texas. Adams wasn’t there for the final event, and that left the door open. At this final race, the class went to Best in the Desert Pro Turbo competitor Billy Long from Alaska! It was Long’s first time competing in sand drags. It looked to us like the desert and ice racer won every race on reaction time.