When I first pulled into the Midstate Motocross Park, in Litchfield, Kentucky, I knew I was in for a treat. We had heard ahead of time, that this was one of the most scenic motocross tracks in the entire country.

However, I never would have guessed just how cool it could be.

You see, I have spent my entire rac­ing ca­reer on the mostly burned-out, hardpack tracks of Southern Cal­i­fornia. Ev­ery once in a while, we get a nice moist race track, or a loamy, sandy course. For the most part, though, I would not say So­Cal quad tracks are primo.

Also, un­fortunately, the quad en­tries in South­ern California—especially in the Pro class—aren’t anything compared to what they used to be. Then again, a lot of folks are telling me that the place where quad rac­ing is still happenin’ is in the heart­land of America.

My job was to report on the ‘Big Bucks Quad Shootout’ at Midstate Motocross Park, which was a late afternoon/evening affair, run in con­junction with a full schedule of mo­tocross motorcycle races in America’s Heartland of Kentucky, USA.

The race re­ceived major support from Rocky Ridge Racing and Krank-It Racing and boasted a $2000 purse for the quads. I was told by the promoter, Danny Geary,  that at any given weekly MX race at Midstate, there are around 75 quad entries along with the bikes.

This is with 700–1200 fans watching! The ‘Big Bucks Shootout’ should attract a few more pros, as well as all the reg­ulars. What I was really im­pressed with was the variety of classes for the quads—everything from minis, to the Four-Stroke Money class, and, of course, the 250 Pros.

Before the races even began, I took a close look at the track. The 35-acre parcel of land is highlighted by a pond in the middle. There are lots of deep, green grass and neatly manicured trees.

It was obviously designed, with both quads and motorcycles, in mind. It featured big, wide turns, and smooth-faced jumps. The track reminded me of an oversized BMX course since ev­ery detail appeared so perfect-(this is, of course, before practice began!).

The jumps themselves were all packed with a mixture of moist clay and sawdust. One of the jumps—an awesome downhill ski jump—looked like it could leave the riders’ stomachs in their throats.

At this point, I wished I had my quad with me rather than my camera! The track even featured underground sprinklers.

The hot buzz in the pits was that 250 Pro rider Joe Byrd, specifically had his sights set on fellow National racer Doug Gust. Doug had hauled his FMF/Nac’s Racing blue Honda FourTrax down from Wisconsin.

As long as these two have been racing each other, Joe has yet to beat Doug outright. At every race where Joe did finish in front of Doug, Gusty had incurred some sort of mechanical failure. Or he was in­volved in a crash or a tangle. To top it all off, Midstate is Joe’s home track. He was in top form, and ready to go.

The race would be a typical, two-moto format, to determine the winner of the $600 first-place 250 Pro money as well as a $50 holeshot award for each moto.

At the start of the first moto, Smok­in’ Joe got the holeshot but had Gust right on his tail. The two riders ran like a freight train for several laps with no more than half a quad length between them.

However, Joe once again missed a chance to beat Gusty, when Doug’s #3 had a major malfunction in the tranny, putting him on the trailer for the night.

The second moto started with a bang. Kentucky’s Jeremiah Jones stole the $50 Holeshot money from Joe Byrd, and led half a lap, before being reeled in by the two-time MTGP main event winner.

From there, that was all she wrote, as Joe held a comfortable lead to the checkers, acing the overall, with a 1-1 finish. Jones got second-place money, with Josh Starrett finishing third overall.

The Four-Stroke Money class (that’s what they call it in these here parts) was especially exciting. Kevin Corn­wel,l on his Rocky Ridge 250RX, and Randy Hurst battled back and forth for the overall win in the second mo­to. They were even doing the big doubles!

National Women’s class ace, Heath­er Rose, put in a great showing in the 250B class, pulling the holeshot and leading for a lap. The class win was eventually taken by Jesse Nixon, with Rose in third. 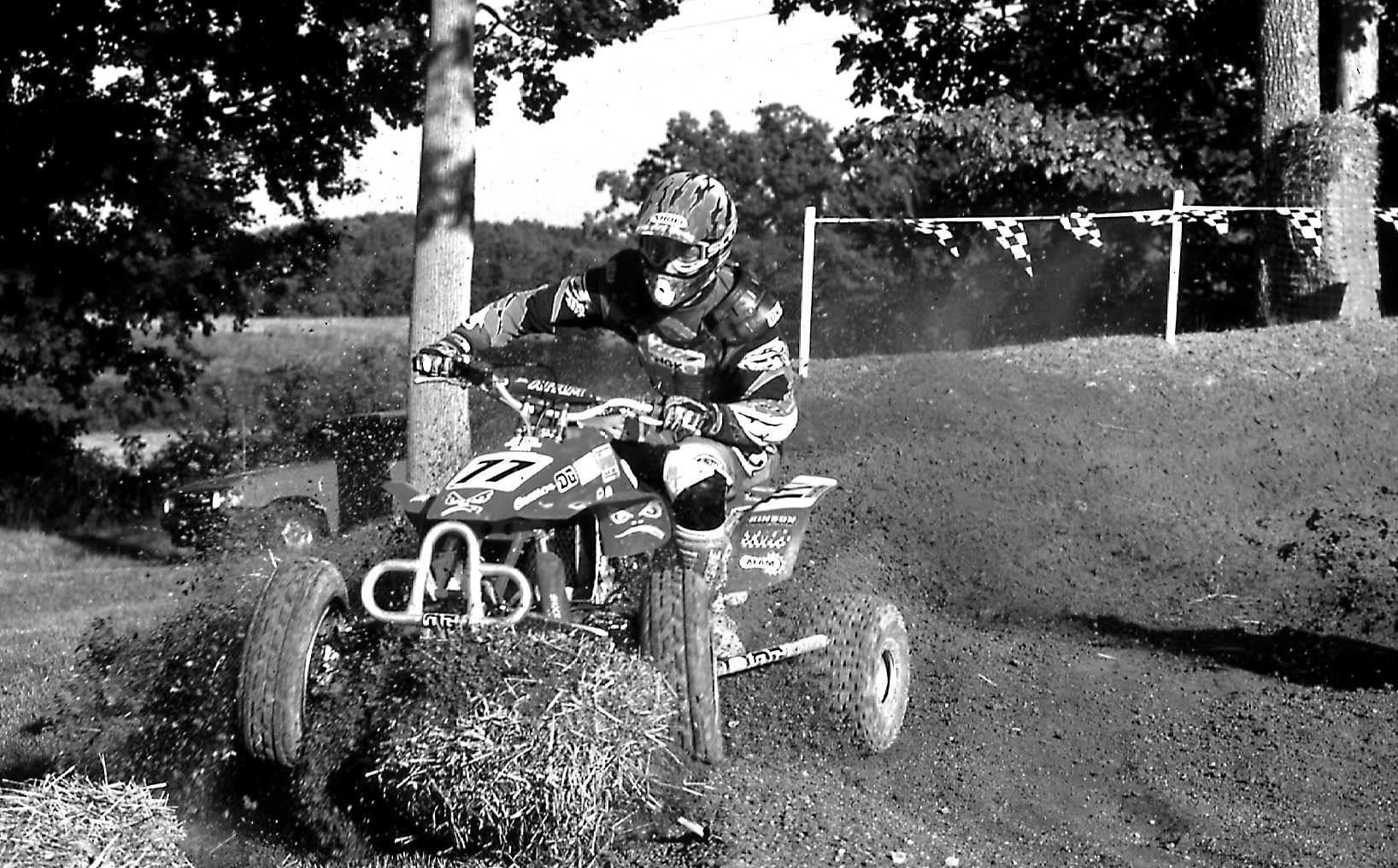 While I have never traveled the Na­tional circuit or anything, from what I saw at Litchfield, Kentucky,  it is the Coolest MX Track ever! Scoop it out with a gi­ant earthmover, pack it up, and send that track out to Southern Cal­i­fornia right now!

Wait, maybe on second thought, that might not be such a great idea. I am sure there will probably be a bunch of fightin’ Kentuckians, out to get me for stealing their favorite track!