Beau Baron is a jack of all trades in the off-road world, but he is never average. Everyone knows that if it has wheels and can be raced, Beau will take it all the way to the podium. But take away the championships and trophies and you’d still find him out riding every single day, just to get the rush you can only find off-road.

Beau began his racing career at the age of 12 on a 1989 YZ80 at Huron Cycle Park. He placed last in the beginner class but it kick-started a career of wins beginning in 2007 on quads and UTV’s in 2011. Although Beau rides hard in competition he still takes time to have fun.

“I love competition and going to so many different tracks. I really do just like to go ride with my friends also. I would definitely still ride for fun if I wasn’t able to do it for a living.” 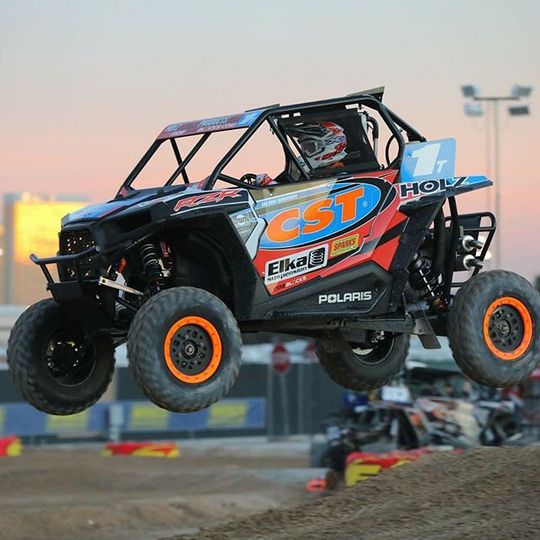 With Beau being a man of many talents, he has had the privilege of riding more tracks than most of us can imagine. He told us here at dirt wheels all about which tracks he loves to conquer.

“My favorite (track) is Honeylake. I really like the more technical tracks and the ones that take more skill than motor to do well. Havasu is by far the hardest. It has a short lap time so the whoops get so deep, and they span the entire track width so there is no way around them. It I literally constant, deep, sand whoops with no real straight-aways to rest. It’s hardd on your bike and your body.” 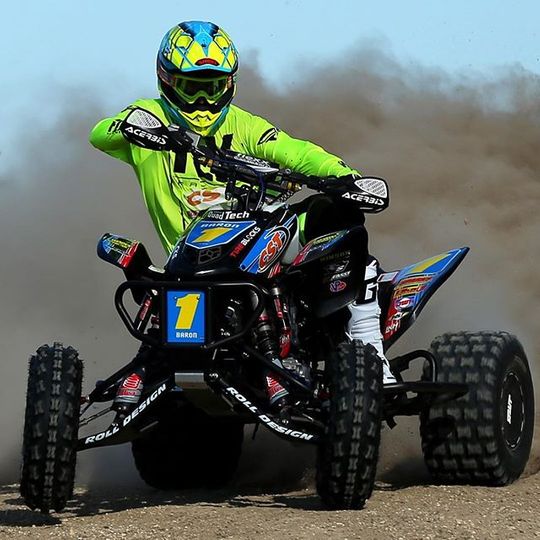 As a CST athlete with such a wide skill set, Beau has had his fair share of tires over the years. “On the ATV I use the Pulse HT for off-road, and on the SxS I use Dingos. The wrong tire choice can definitely ruin your race.”

Racing is mentally and physically straining, no matter what field it may be. So, we asked Beau how he preps himself to be race ready. 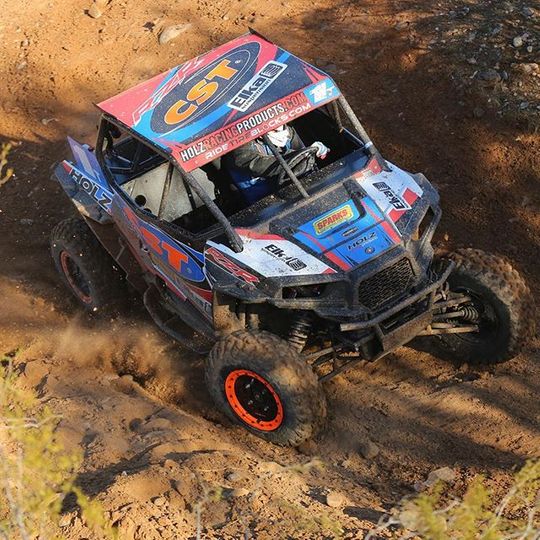 “Between races, I tear down my SxS after every single race. The ATV gets torn down every three rounds. I inspect every single thing for wear and either replace or clean and re-grease everything. Physically, I try to ride as much as possible and do other cardio/strength workouts when I can’t. Mentally, I don’t need to prep so much because I have been doing this for so long and so often it’s all normal to me. I do get nervous, especially on the line for a SxS race, because all the work I put in for that round could literally be thrown away and my race ended in the first turn.” 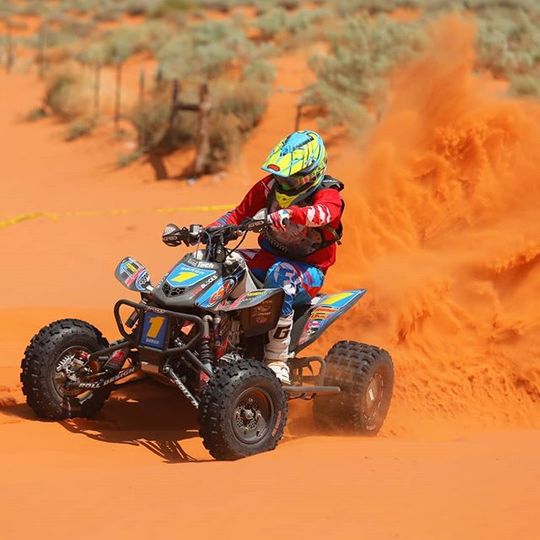 Baron took the podium in all three of his races this past weekend at round seven of the WORCS series.  Keep your eyes on #549 as he chases championships in the WORCS and Big 6 Series.

Find out more about Beau and his races on the CST website.

MUD RACING IN THE MIDWEST