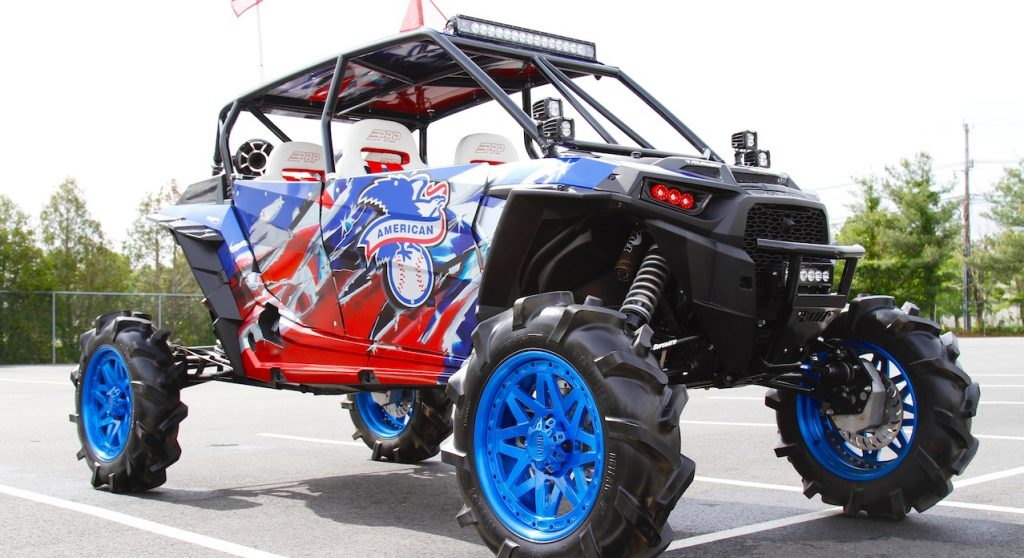 For the American League they built this 2017 Polaris RZR 4 Turbo. 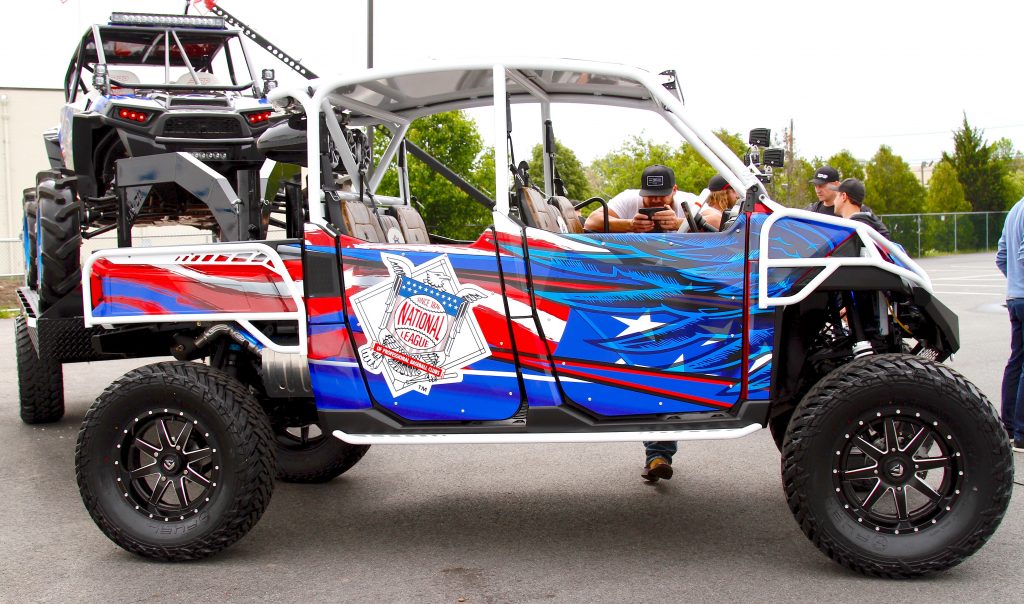 For the National League they built this Polaris Ranger Crew 1000.