Imagine you’re out in a remote section of woods you’ve never been to before. You go between some bushes and accidentally discover the opening of a cave. Out of curiosity, you wander in to check it out. After a few twists and turns, your flashlight beam focuses on something shiny. Your heart suddenly starts beating frantically as you exclaim, “GOLD!”

Well, that’s kind of what happened to Dirt Wheels reader, Hunter Lovelace, up in Ontario, Canada. He was rummaging around in a back warehouse of an old dealership and stumbled upon two Cannondale quads that were still brand new. 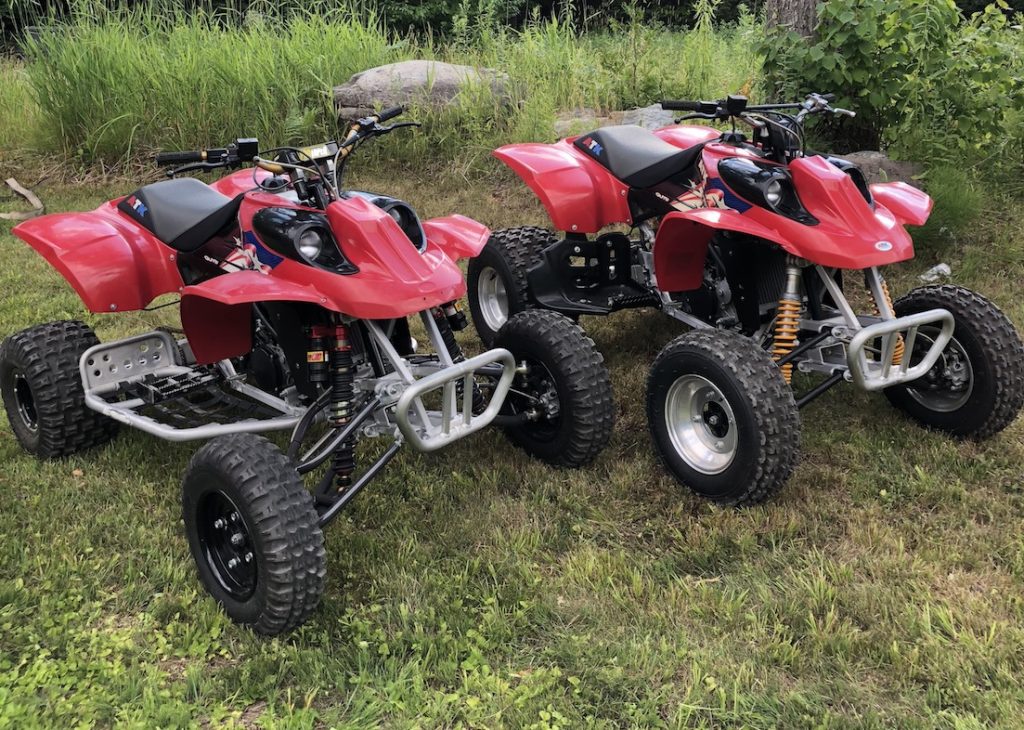 As it turned out, the dealership used to carry ATKs, which is the company that bought all of Cannondale’s stock when it went bankrupt in 2004. ATK did a good job of updating and fixing any of the problems some Cannondales were having at the time. These were actually very good reliable machines when they were sold new with the ATK logo on the gas tank. 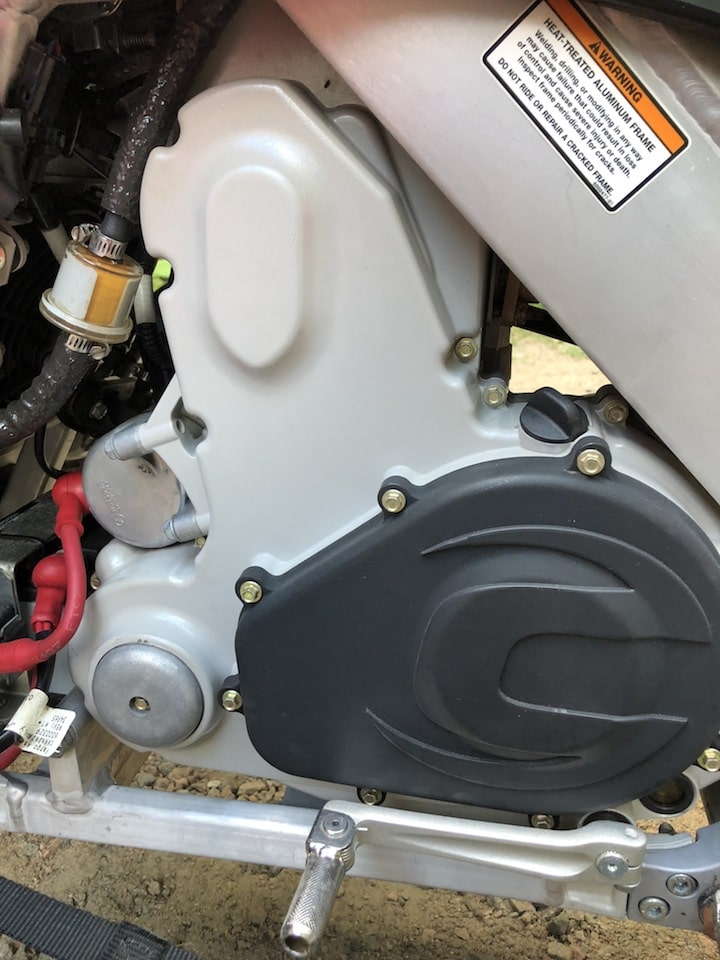 Hunter is an avid race quad fanatic and collector and he already had an original 2003 Cannondale in his collection. So, you can imagine his excitement as he began investigating the story of these two new Cannondales. The ATK VR trail model was so new it never had a tank of gas in it. The MX model was used only as a backup quad in case problems happened with another one the guy was racing. From its new appearance, it looks like it just sat parked somewhere. 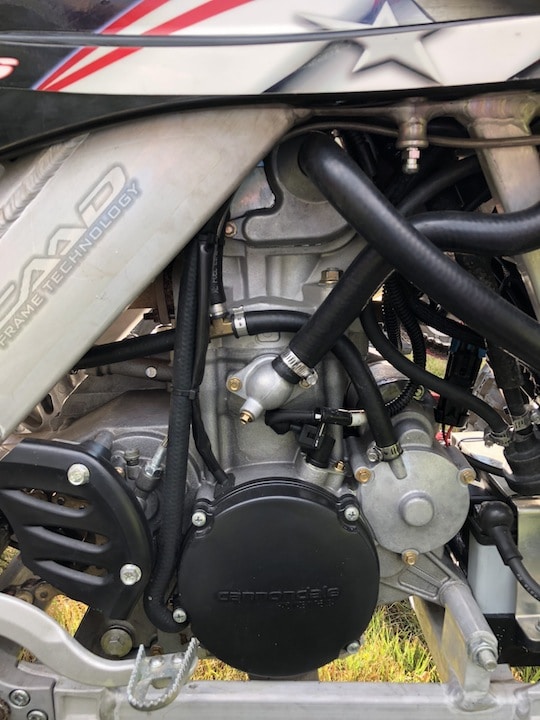 Hunter was quite delighted when he bought these two Cannondales and received all of their original documents. It’s possible that he might just be the owner of the two newest Cannondales in the world. Or, are there still more hidden gems buried away in the back of a dealership somewhere? 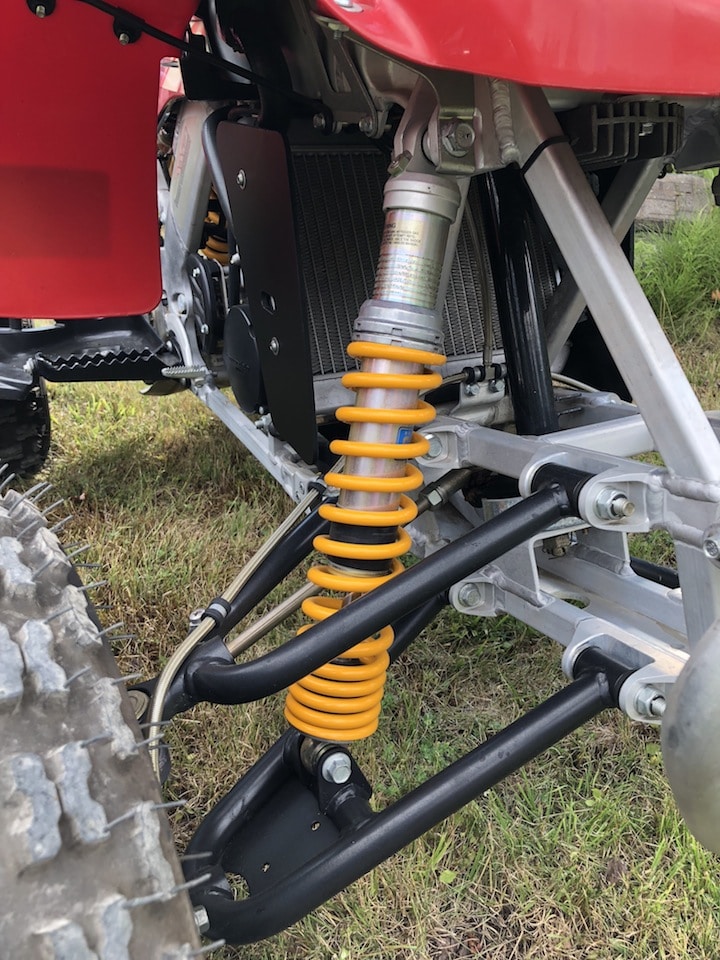 His VR model has Ohlins shocks, while the MX model has Elkas. The MX also came with wider A-arms and rear axle, nerf bars, and 20″ and 18″ ITP tires mounted on ITP wheels. Both models have all of the new innovations that Cannondale was known for. 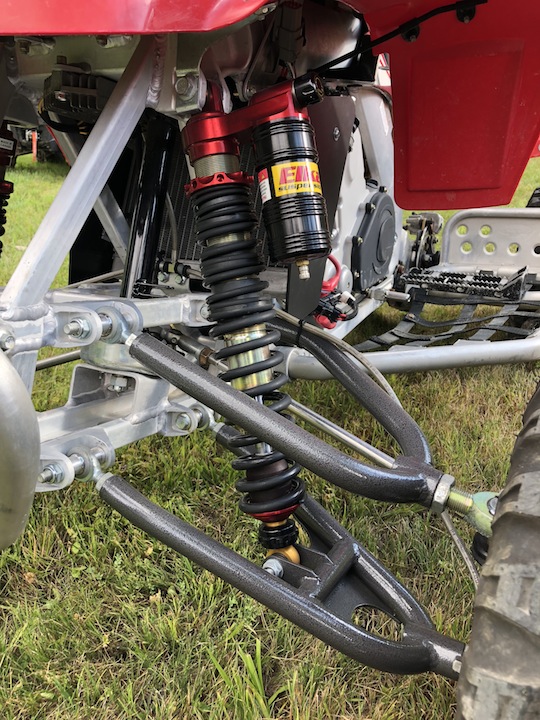 One can say that Cannondale sparked Yamaha, Honda, Kawasaki, and Suzuki to bump up the development of their 450 performance quads. Based on their significant mark in ATV history, there should be a collection of these machines kept in pristine condition and running in their original condition.

It’s a good thing for guys like Hunter Lovelace to see the value in that as well. We thank him for sending us photos and information on his two new Cannondale quads. He gets a thumbs up from the Dirt Wheels crew.

Below are photos of the two Cannondale quads as Hunter first discovered them in the back warehouse of an old dealership. He felt like the guy who uncovered King Tut’s tomb. 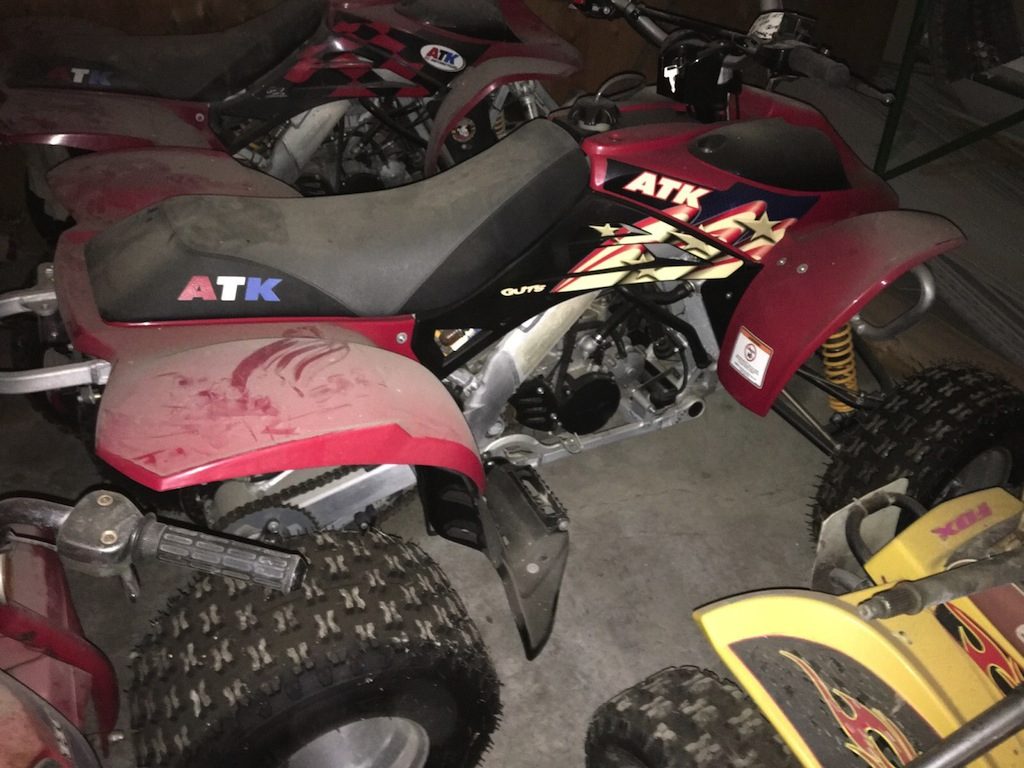 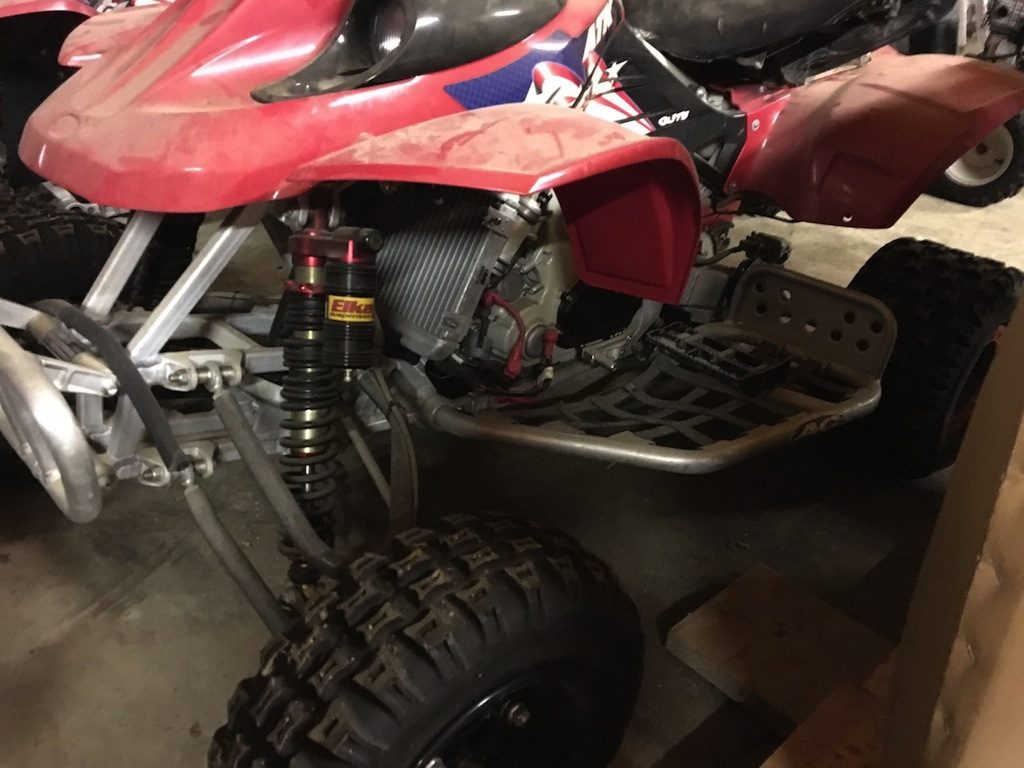 Check out these wild machines below:

25 YEARS AGO IN DIRT WHEELS