On Jul 27, 2017
Share
Engine Ice Hi-Performance Coolant, the premier choice for powersports coolant and antifreeze, has presented Forrest Butler, of Butler Brothers MX, the owner of the Rocky Mountain ATV MC-WPS-KTM team with an Engine Ice Champion’s Chip. Butler was awarded the chip at his home in Florida by Engine Ice President Dave Kimmey in recognition for his leadership, vision and drive to create a successful private racing team. Engine Ice awarded Butler with the chip after team rider Blake Baggett scored the team’s first 450MX class win in Colorado and earned Engine Ice’s first red plate as the points leader of the class. 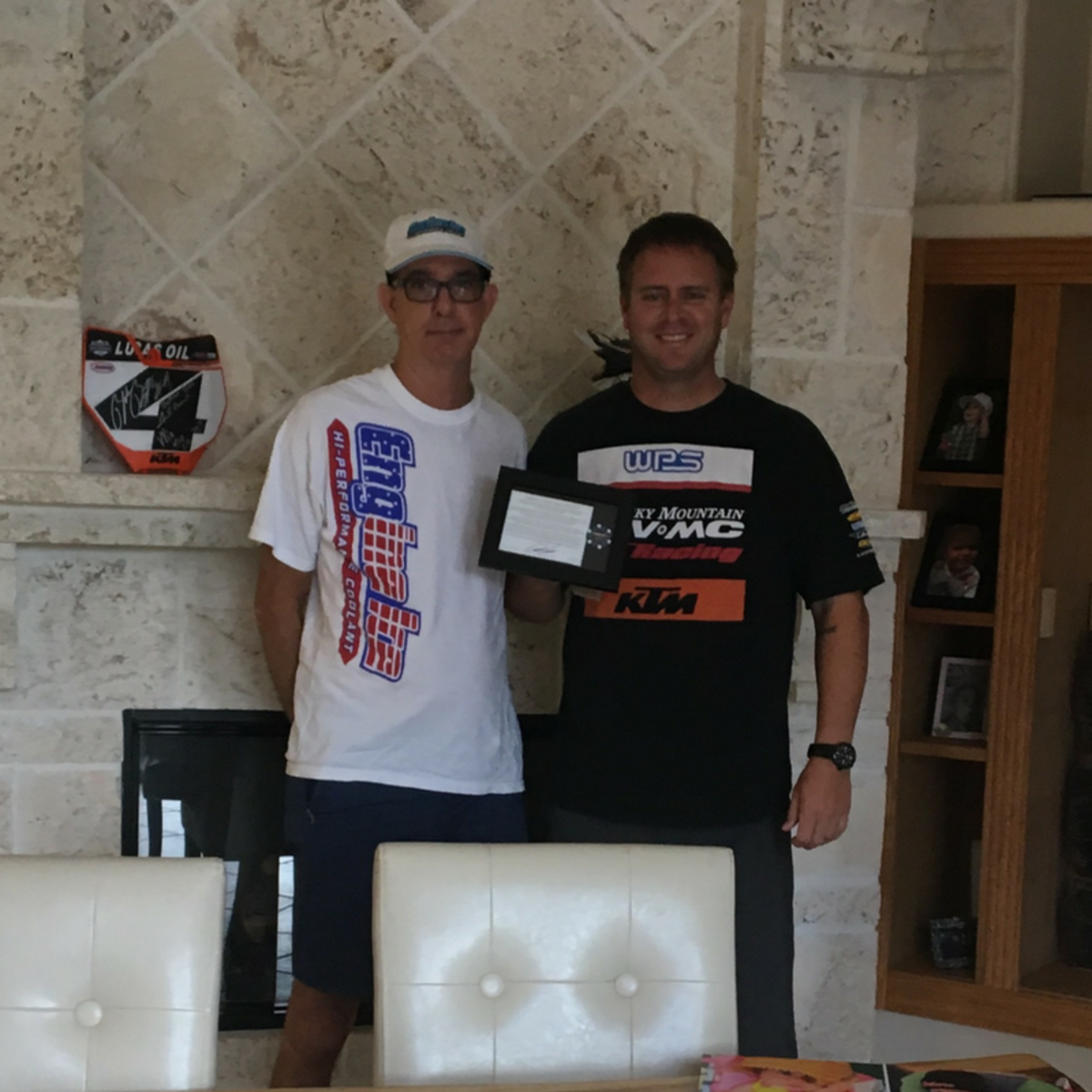 Based upon the long-standing military tradition of “Challenge Coins” that date back as far as the Roman era.  David Kimmey, the owner of CycleLogic Products, the producer of Engine Ice Hi-Performance Coolant, developed an award suitable for the athletes that take place in the various sports where Engine Ice participate.
Soldiers who showed extraordinary efforts or heroic acts received a specially struck coin in recognition for their efforts. That tradition continues to this day in our US Armed Forces. Kimmey felt there was a need to recognize athletes for their extraordinary efforts on and off the track and came up with his version of the coin, the “Engine Ice Hi-Performance Coolant Champions Chip.” 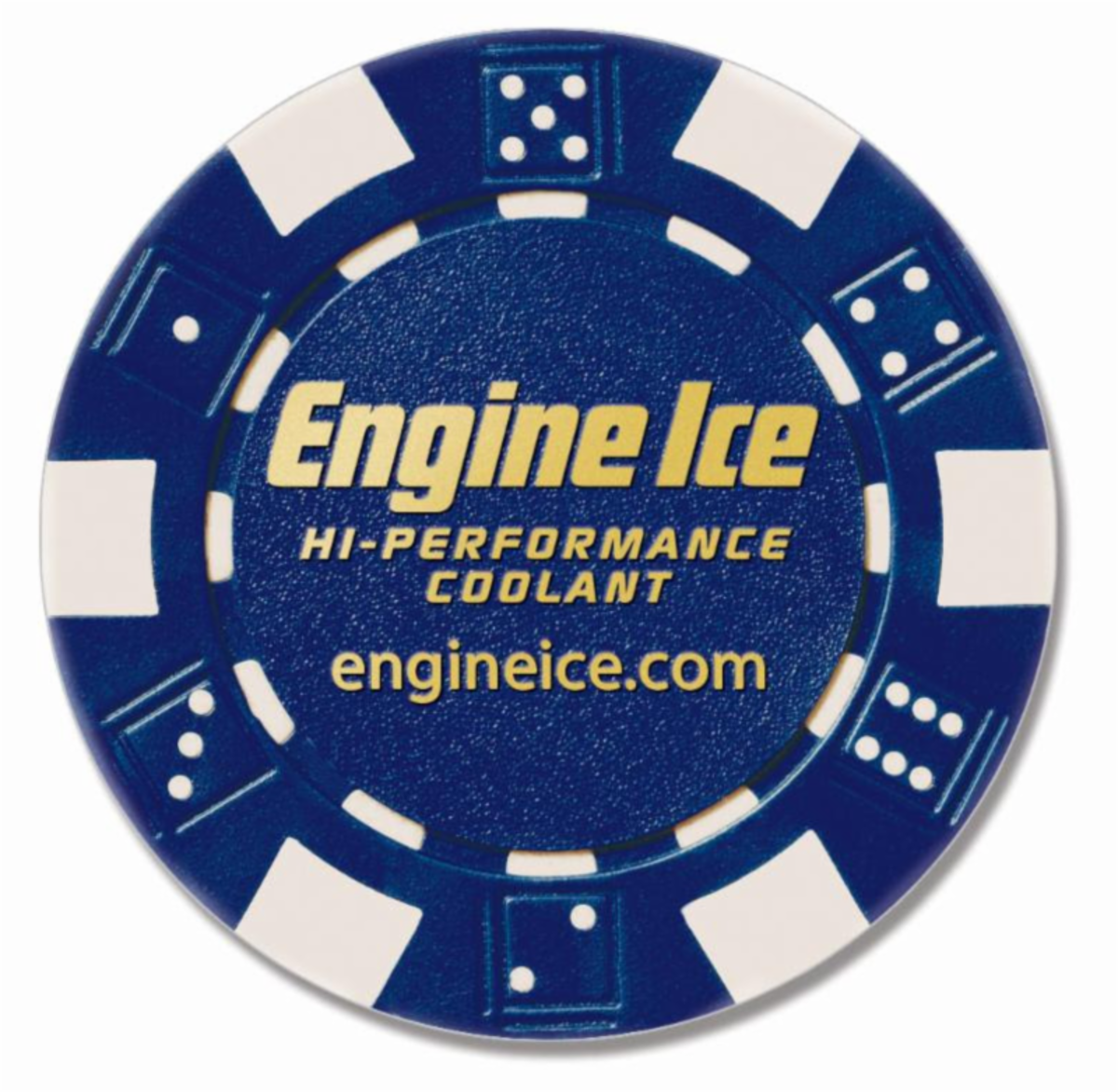 “Engine Ice has worked with Forrest as a sponsor since the team’s inception and to see them achieve their goals has been a great experience,” said Kimmey. He continued, “I am not only a sponsor but a friend, and to see a friend succeed is nothing short of spectacular. I am honored and privileged to be able to present Forrest with a “Champions Chip”.”
“Right out of the bottle” Engine Ice Hi-Performance Coolant is ready to provide dependable horsepower and is proven to reduce operating temperatures. The key to horsepower is not losing it, and Engine Ice Hi-Performance Coolant is engineered to maintain optimum operating temperature and reduce power loss from excess heat.
Engine Ice Hi-Performance Coolant is biodegradable, phosphate free, non-toxic, and typically reduces operating race temperatures, effectively keeping boil-over temperatures to 256°F or less and freeze-up protection to -26° F. Factory or privateer, highly modified or stock, all machines benefit from using Engine Ice. 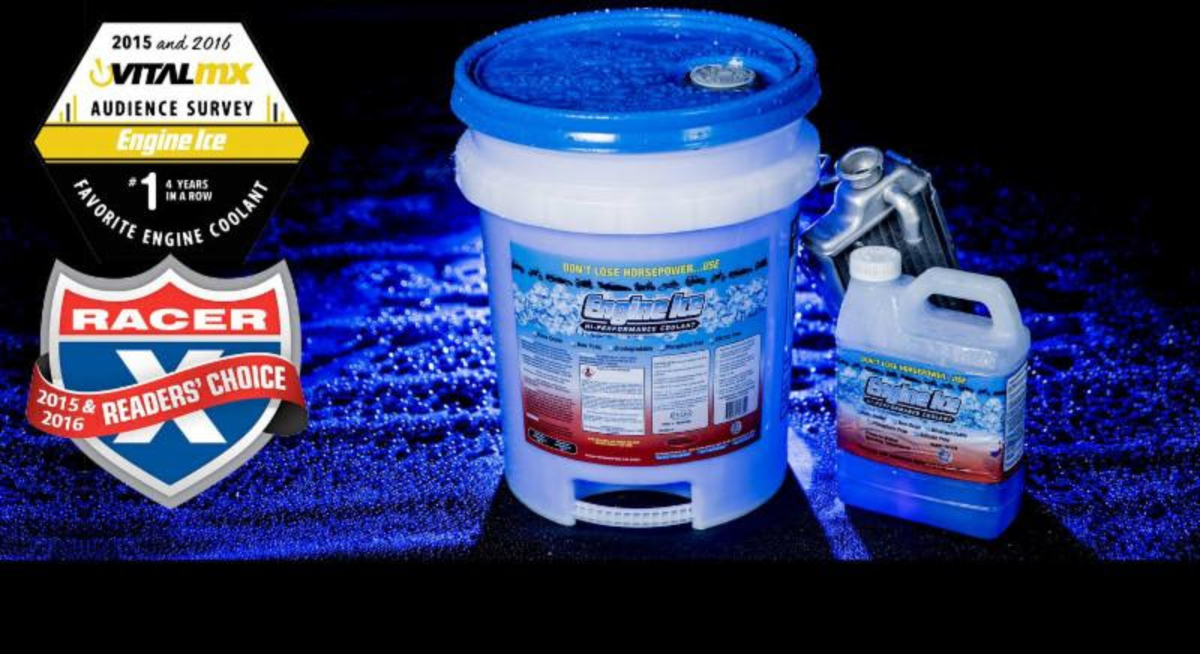