Walker Fowler, start to finish By the staff of Dirt Wheels Photos by Ken Hill 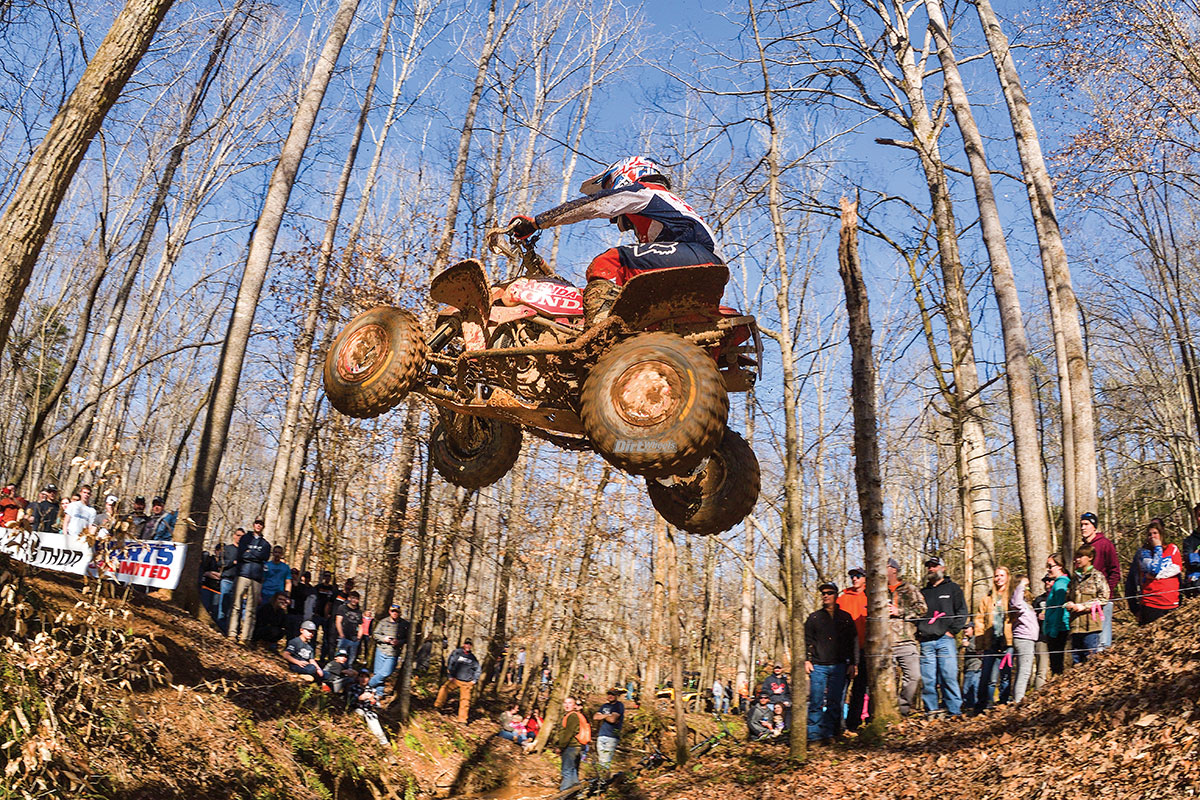 The 2020 Grand National Cross-Country (GNCC) Series presented by Specialized kicked off in South Carolina with the 23rd Annual VP Racing Fuels Big Buck GNCC. It would have been the 24th running, but flooding in 2019 forced the complete cancellation of the event.

WFR/GBC/Fly Racing/Yamaha’s Walker Fowler looks set to extend his run of championships into 2020. He began the season grabbing the $100 All Balls Racing XC1 holeshot. He was the only rider happy about that start. He immediately went to work building a gap between his Yamaha and the rest of class. Two hours later, Fowler collected the checkered flag one minute ahead of the pack.

HHR/Maxxis/Fly Racing/Ithaca Recreation Sports’ Hunter Hart ran second for most of the day. However, Action Off-Road/Tely Energy Racing/Kenda’s Cole Richardson started in eighth, but he battled forward. Richardson was on a mission to start the season out strong. He came through timing and scoring third on the second lap, and as the pack emerged from the woods on lap three, it was Richardson holding onto second. After a disappointing start to the season last year, JMR/GBC/Elka/Moose Racing’s Jarrod McClure battled inside the top five for the duration of the race, making his way to third as he rounded the corner and headed to the finish line on the fourth and final lap. After many years and championships on a Suzuki with one year on a Yamaha thrown in, Chris Borich was aboard a Phoenix Racing Honda. Borich swapped back and forth between fourth and fifth. As the white flag waved, Borich made a last-lap push to regain fourth place. Hart would remain inside the top five.

Last year’s XC2 Pro-Am-class runner-up Drew Landers (LanMills XC/WFR/Magna1 Lubricants) took the first win of the season. Action Offroad/Maxxis/Blud Lubricants’ Austin Abney made his way back to GNCC racing this season. He led the opening lap of racing in the XC2 class, but fell back to second and stayed there. Jordan Poplaskie fought his way back from a fifth-place start to a podium finish.

As the morning race kicked off, it was no surprise that a Can-Am was out front of the 4×4 Pro race. The brand filled the first five places at the finish! Can-Am/Kenda/Lucas Oil/BNR’s Jordan Phillips grabbed the $100 BNR Motorsports 4×4 Pro holeshot award. However, current champ OBOR/Can-Am/DeRisi Racing/Action Sports’ Landon Wolfe was right behind him, and he grabbed the lead on the first lap. Wolfe had Pierce Performance/Moose Racing/Spider Graphix’s Cody Collier hot on his heels. Wolfe put a 5-second gap on the field for his first win of the 2020 season. Collier would nab second overall and in 4×4 Pro.

The WXC women racers put on an exciting race, as Ryland Johnson Racing/Precision Racing/Tireballs’ Hannah Hunter took the opening round victory. Hunter jumped off to a great start. She battled multi-time champ Traci Pickens, but regained the lead before the checkered flag flew. Fly Racing/GBC Motorsports/Yamaha Racing’s Pickens finished second. After a fifth-place start, Pierce Performance/560 Graphics/Maxxis’ Sadiee Gorrell made her way back to the front of the pack, rounding out the WXC top three riders.