A fresh blanket of snow graced the ground of Twisted Trails Off-Road Park in northern Michigan’s Upper Peninsula for the inaugural Red Bull Snow Scramble. The starting line was a mix of 35 pro racers and local newbies spread between two classes—SxS Pro for the more experienced drivers, and SxS Sportsman for the amateur off-road hot shots.

The day started off with qualifier laps on the in-field short course, followed by a five-lap all-out brawl on the four-mile loop. Fresh powder didn’t soften the race one bit. The twisted backwoods, rutted short course and frozen hills were brutal on the cars, and the far-below freezing temperatures were rough on the drivers. One wrong move in the technical sections and you’d be crashing into trees or tumbling down snowy banks.

Red Bull team member Mitch Guthrie is a born and raised southern California boy, yet somehow he managed the Pro-class win in under 45 minutes with no prior snow experience. When we asked how a SoCal boy practices for snow, he replied, “You don’t.” It probably helps to be so familiar with his Red Bull Polaris RZR Pro XP. It was the same largely production car that he used to win the Red Bull Sand Scramble earlier at the Glamis Sand Dunes.

Local warriors were able to navigate through the mayhem and dominate the snowy track. Jacob Kehoe took first in the Sportsman class, which earned him a new set of BFGoodrich tires, $500 and one of the coolest trophies we have ever seen. The stoke was real for Kehoe who said the race was a dream come true, “The race was amazing. The most challenging part was staying composed and calm.” 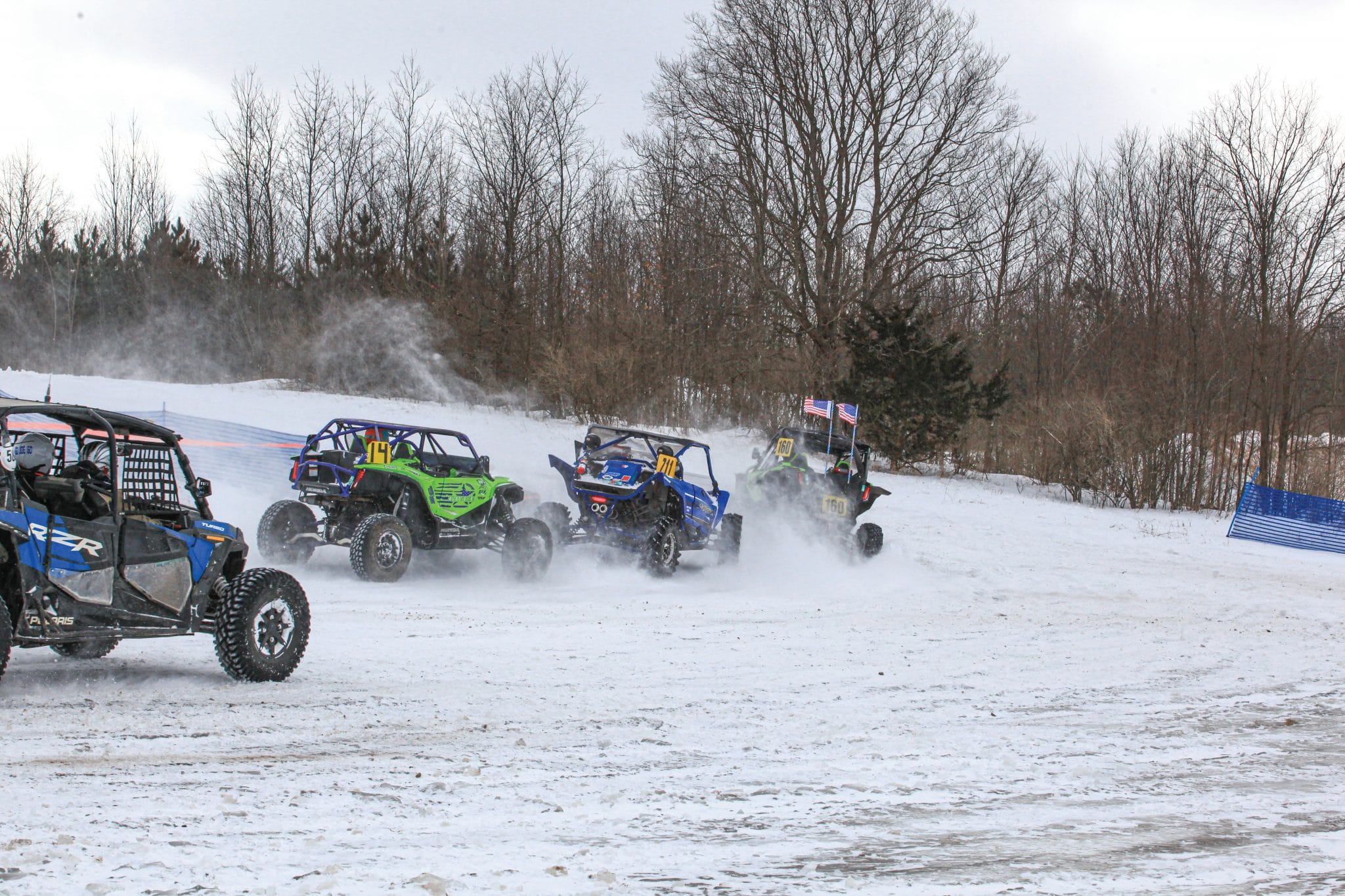 The Red Bull Scramble series has given regular riders a chance to have the “Red Bull experience” on a local level with regional races that are attainable to participate in. A few of the podium speeches really put into perspective that this series isn’t about big names and big money. One finisher thanked his wife for letting him race her machine and another his roommate for helping stud his tires. A refreshing change from the rattled-off list of promotional pro sponsors.

EVENT: BEST IN THE DESERT PARKER 250