Our first ride in the all new Polaris RzR RS1

The world has finally seen the RS1…sort of. Press release photos and information of the new Polaris single seat vehicle have spread like wildfire but very few people have actually seen this vehicle in person. At the 2018 King of the Hammers event, many UTV manufacturers had booths set up to give demo rides to spectators, and as we pulled in to Hammertown we couldn’t believe that we were seeing real life RS1 models pulling onto the road in front of us. We took the first chance we could to sign up for some seat time in this highly anticipated machine. 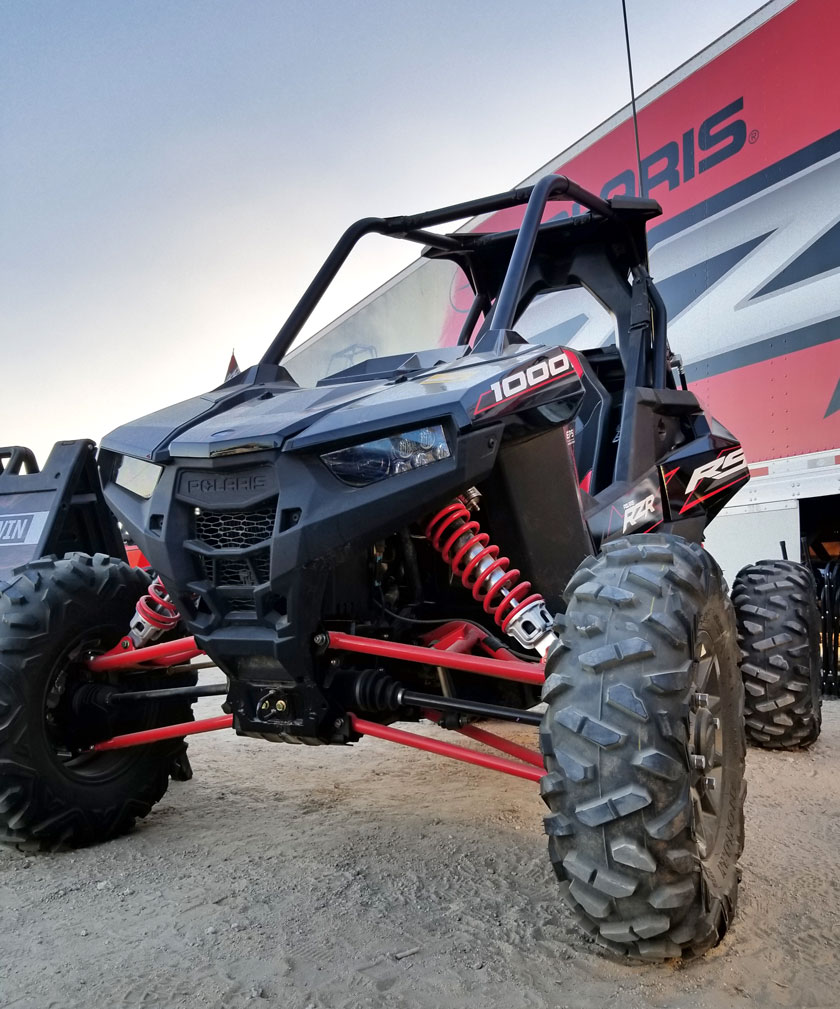 Unlike the other family of single seat vehicles from Polaris, the RS1 is a RZR not an ACE. The ACE900xc was meant to be a single seat car that still gave you the fun and power of other UTV models, however, the short wheelbase along with the powerful motor can make it a bit of a handful to drive. The smaller ACE models are short, low to the ground, and not super powerful. That makes them great for younger drivers with less experience who won’t be out pounding whoops and bombing hills. 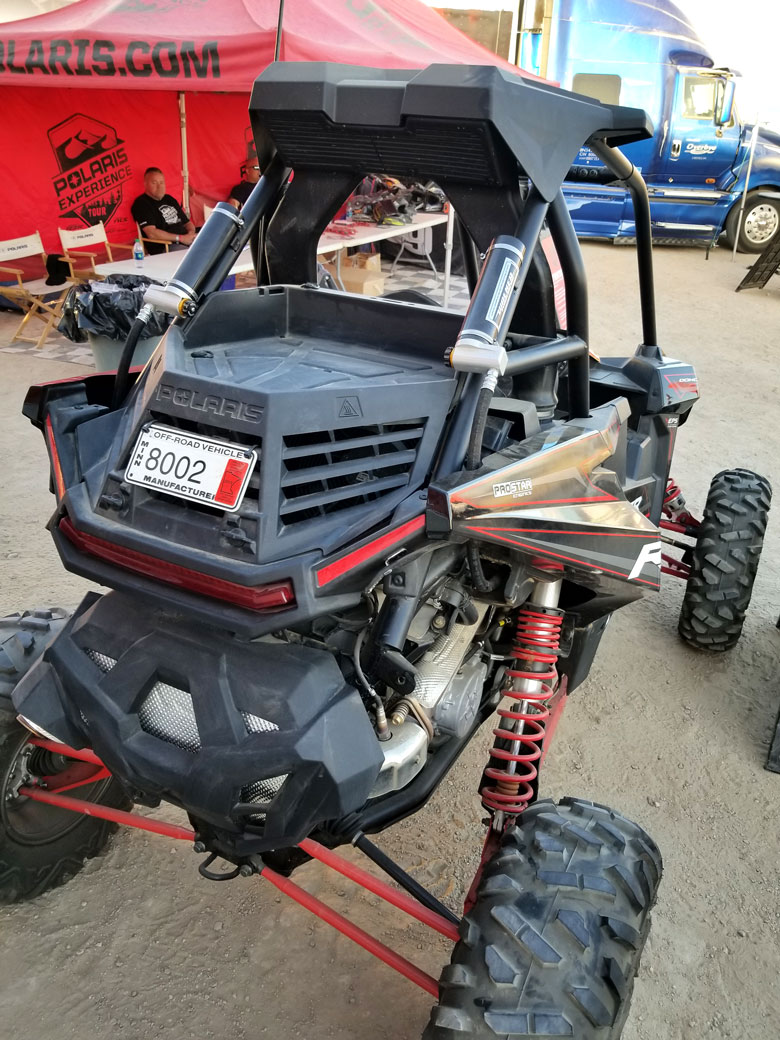 Best of Both Worlds

Built to mimic the body styling and mechanical performance of a RZR, this machine is still a single seater, so it ended up being the best of both worlds. Although it almost felt like we were driving something that would be found in a Star Wars movie. The 16 inch front and 18 inch rear suspension components partnered with the longer wheelbase and center mass driving position make for a smoother more controlled ride. Unlike the ACE, the RS1 has the same power as an XP1000 but with an upgraded drivetrain. 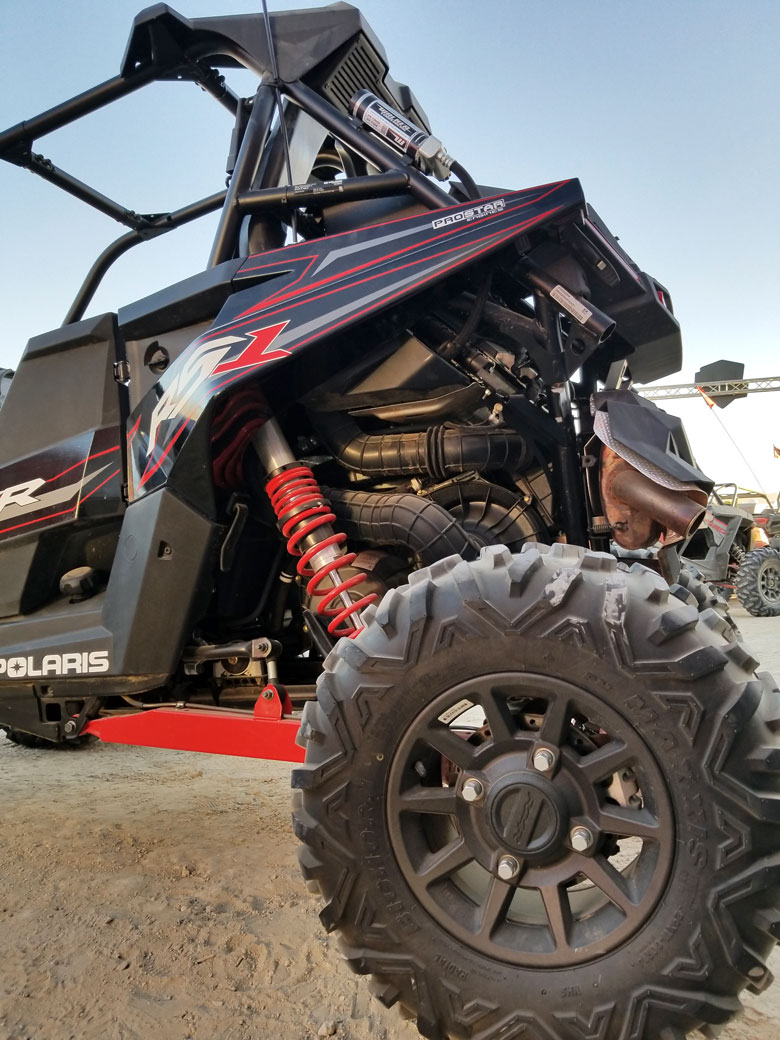 Off the bottom the ACE has plenty of power, but it tends to feel more like the ACE is driving you rather than the other way around. The powerband of the RS1 was pretty smooth and consistent throughout, however the steering was a little light and didn’t always handle as well as a RZR two or four seat would at higher speeds. Even with the somewhat light steering, we never felt like we were losing control. One of the more unique, but probably overlooked features of this vehicle was the brake pedal. The pedal is extended so that drivers can either right foot brake, or they can easily “race car pedal” it and brake with the left foot. 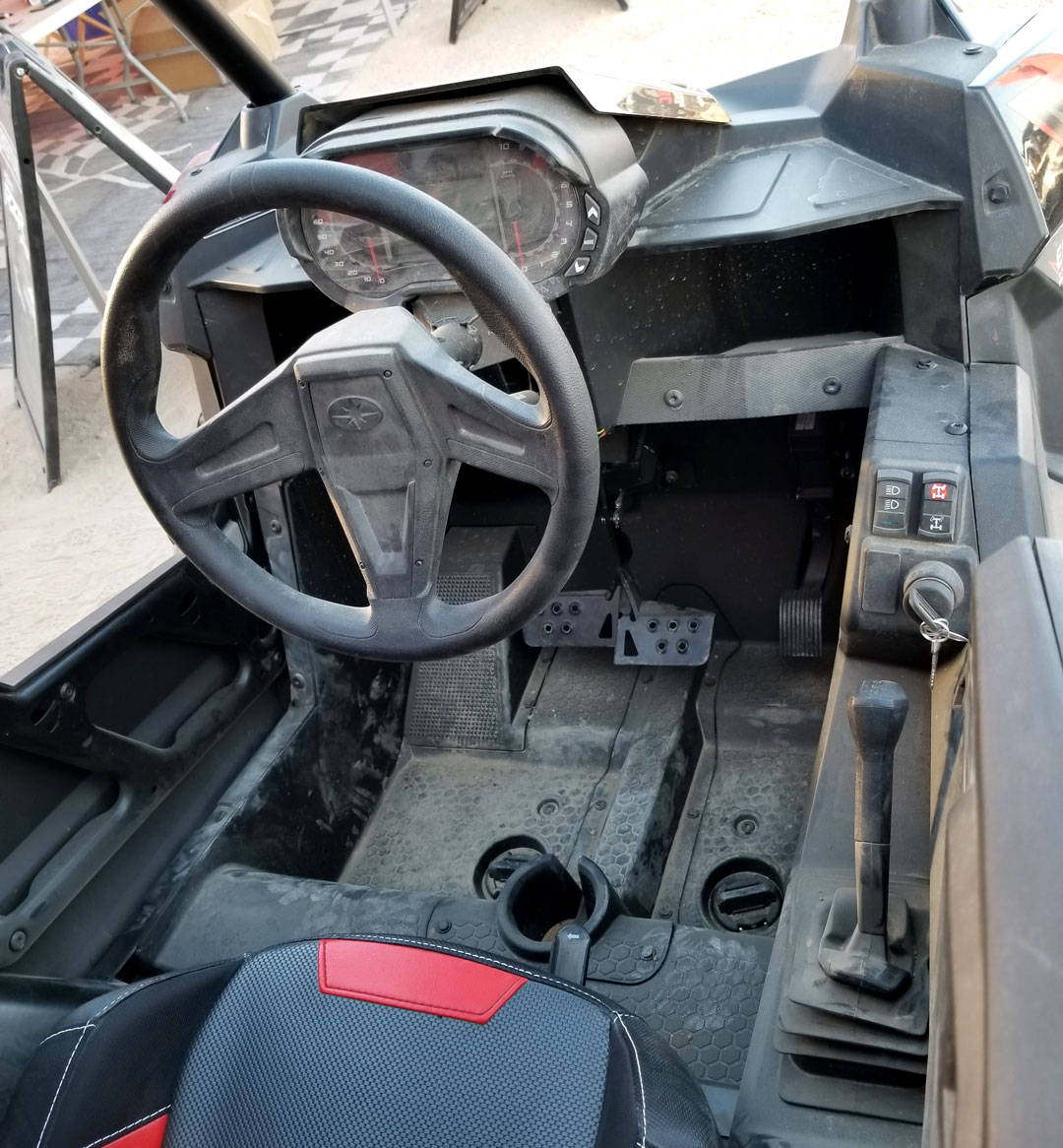 Overall, the RS1 is basically just an XP1000 squished into a smaller package. That certainly does not mean that any of the cab comfort was compromised for the size. The seating position is tall enough for a clear view but an angled seat and spaced cockpit give you the “racing” feel. We can’t wait to do more extensive testing to see what this machine can really do, but it has impressed us so far. 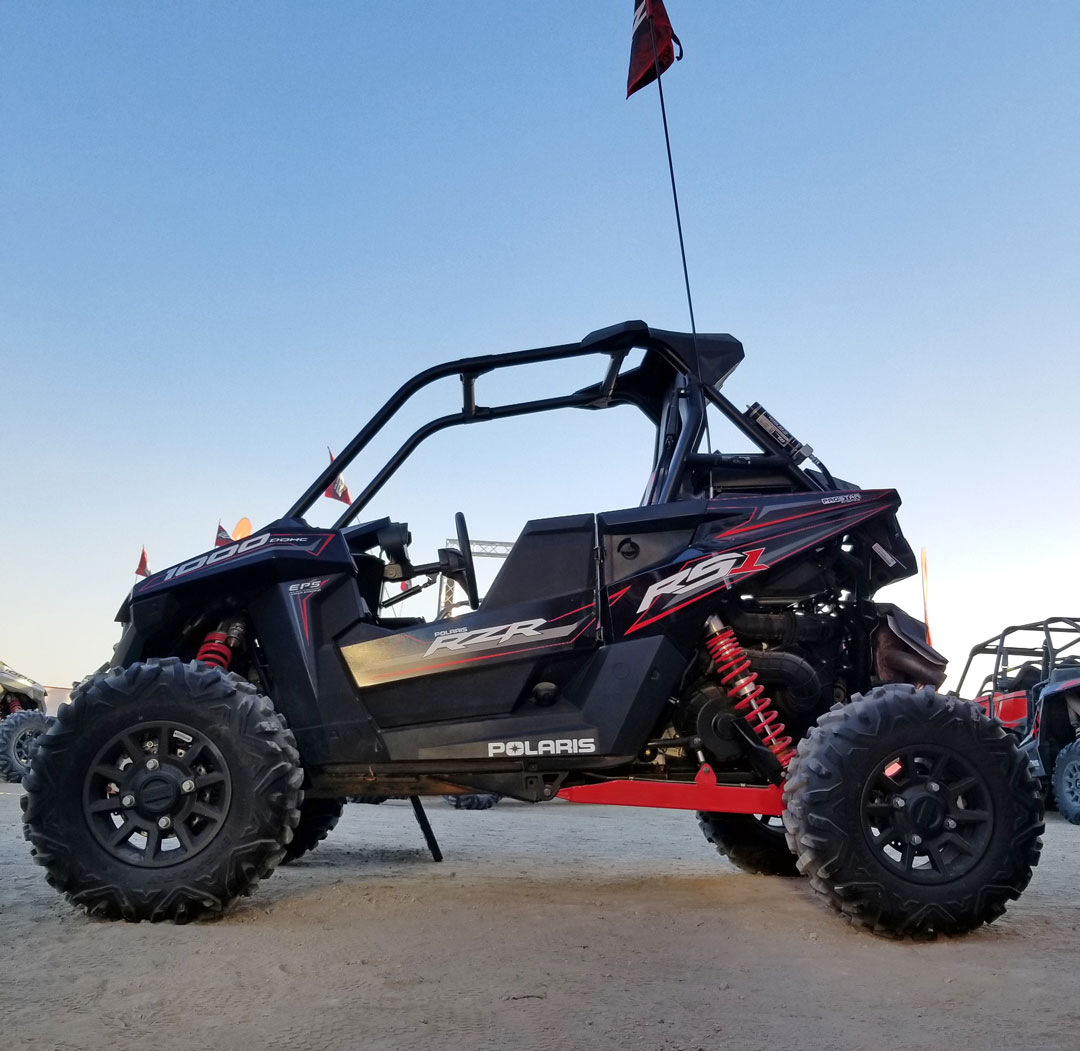