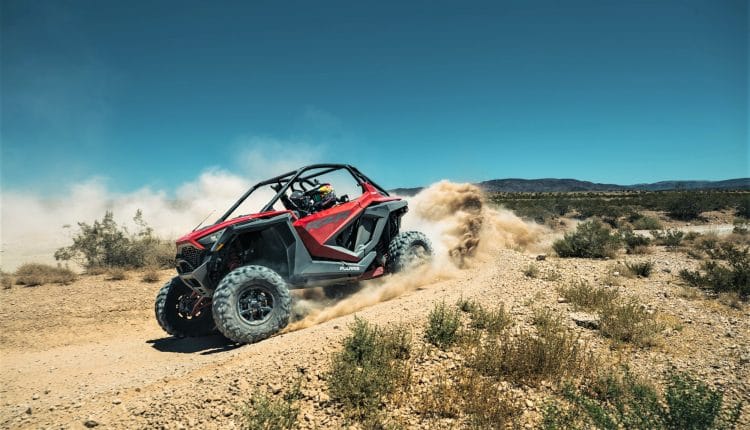 Our first ride impressions of the all new class of RZR, the Pro XP

A NEW CLASS OF RZR

A giant step in the right direction was made by the impressive OHV major manufacturer known as Polaris. We give them credit for shaping the sport performance UTV industry through their RZR line for over a decade now. They didn’t pull any punches for 2020, and brought us the all-new Polaris RZR Pro XP. More power, enhanced performance, all new styling and design, and it comes in three flavors that start at $22,999: RZR Pro XP, RZR Pro XP Premium, and RZR Pro XP Ultimate. We took the opportunity to test this mighty new 181-horsepower machine in the Nevada desert. 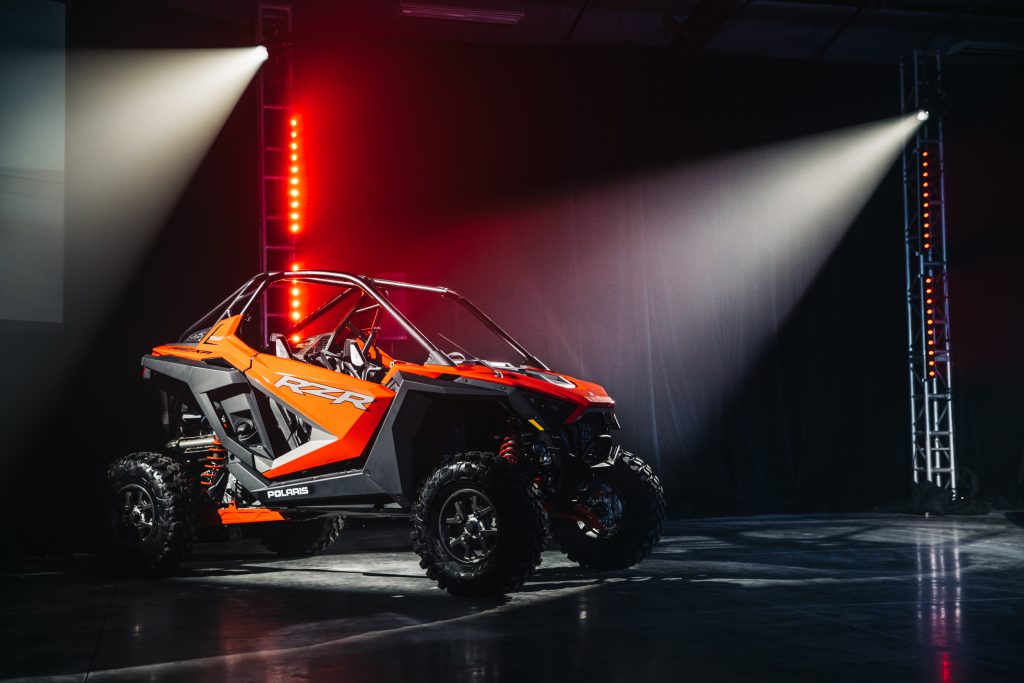 Polaris built the RZR Pro XP new from the ground up. The wheels are new, the Maxxis Carnivore tire is a fresh addition, the suspension, frame, and all of the styling has never been seen until now. If you pit this machine up against the RZR XP Turbo S line, it isn’t 72 inches wide, instead it sits at 64 inches in width but it has a lower center of gravity that provides impressive stability. The suspension travel numbers surpass the XP 1000 by an inch or more, the wheel base is 6-inches longer than any 2-seat RZR previously produced at 96-inches, and the cockpit is more immersive than most UTVs on the market. 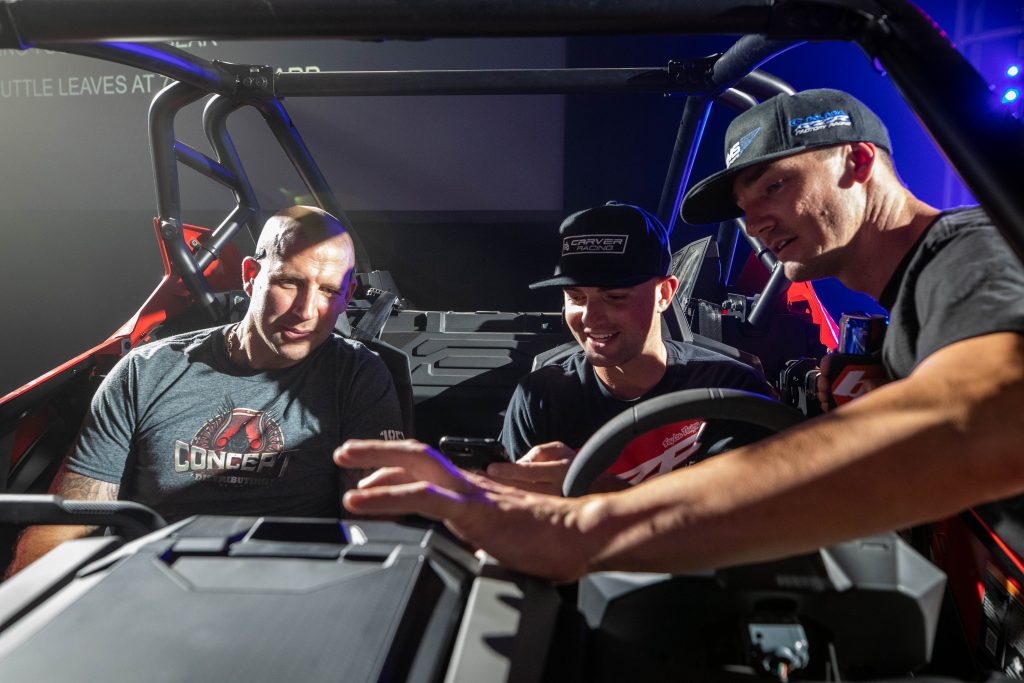 Polaris took the tried and trusted ProStar 925cc engine from their XP Turbo line and updated it. The horsepower number jumped up from 168 to 181 through engine tuning, a larger turbo that is water cooled and improved heat dissipation and cooling of the engine. The cooling system now has a purge point at the radiator and at the engine. The continuously variable transmission is claimed to be 39% stronger and was redesigned to offer a much cooler running system, which aids in longer belt life. 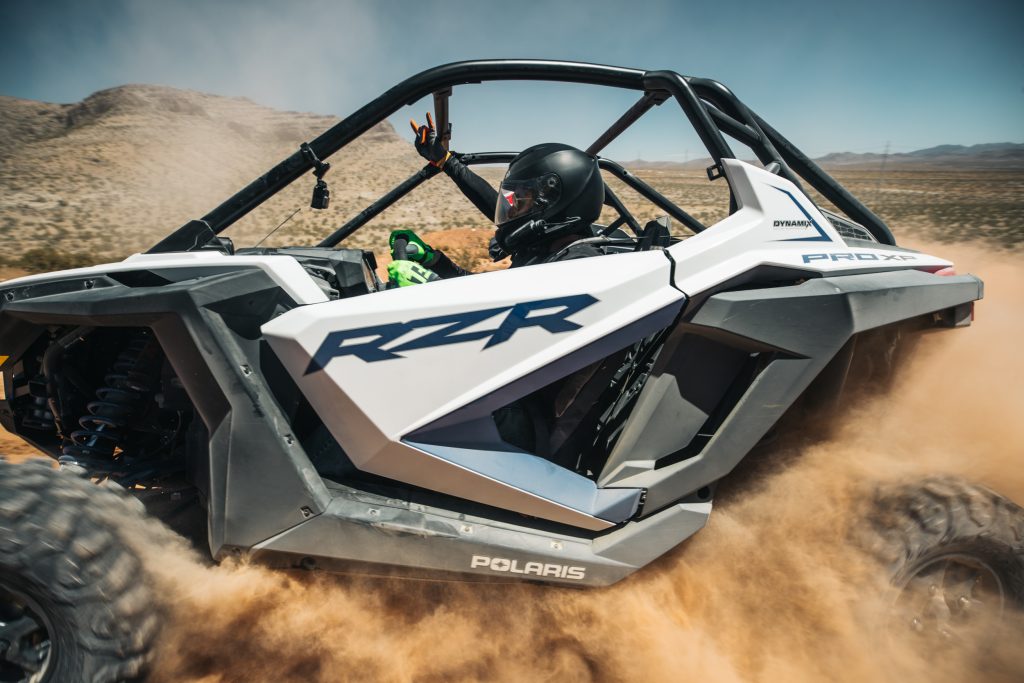 Polaris built the Pro XP line with the intention of providing a UTV that can handle hard and abusive drive while being comfortable as needed. The Dynamix 2.0 version of the Pro XP comes with FOX Podium 2.5 Live Valve shocks that are electronically compression controlled. The driver can choose stiffer or softer modes through steering wheel mounted controls. The Firm mode was reduced in stiffness to be more usable, but the “X” button on the wheel can be pressed that will temporarily stiffen the shocks past what the firm mode allows to suck up a big hit coming up on the trail. 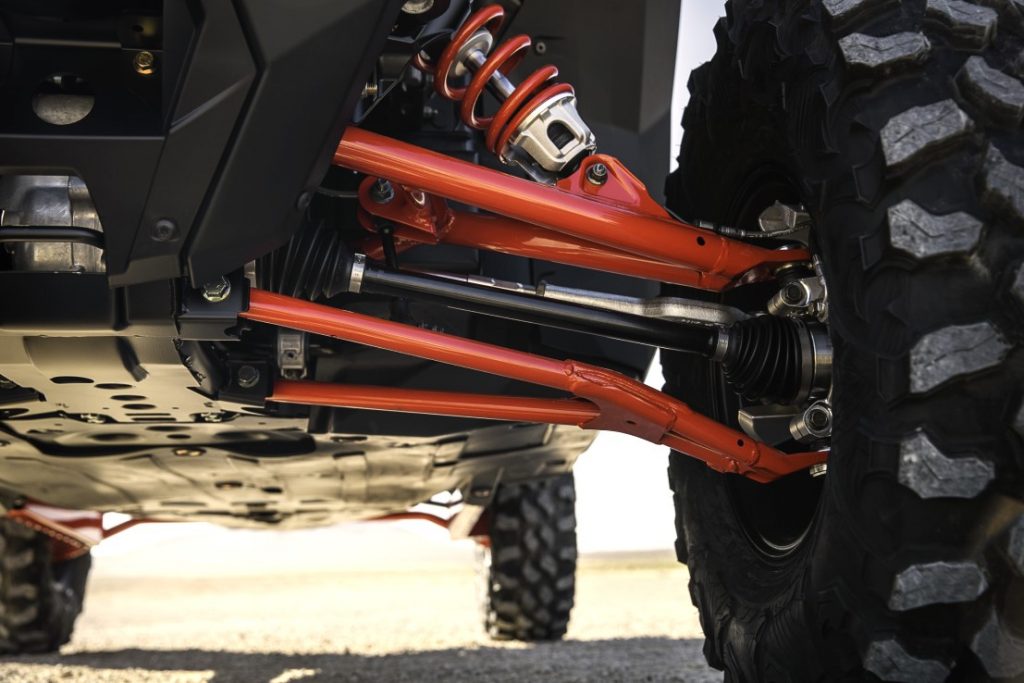 Dual A-arm style suspension is utilized up front with 20-inches of usable travel, while 22-inches of usable travel are derived through rear trailing arms on the Pro. The axles are claimed to be much stronger than previous models, and the drive system is three-times stronger. The front differential was borrowed from the Turbo S line, and is much more stout that the companies older differentials.

The cockpit of the RZR XP Pro line is immersive, and gives the driver a more connected feel than ever before with a Polaris RZR. The seating position is lower to the ground, the seats are all-new, the harness system is more comfortable that previous versions, and the steering wheel tilts and telescopes for a better fitment. The cockpit delivers six inches more leg room, there are three storage locations, the small details like better working cup holders all add to the impressive inside of the Pro XP. 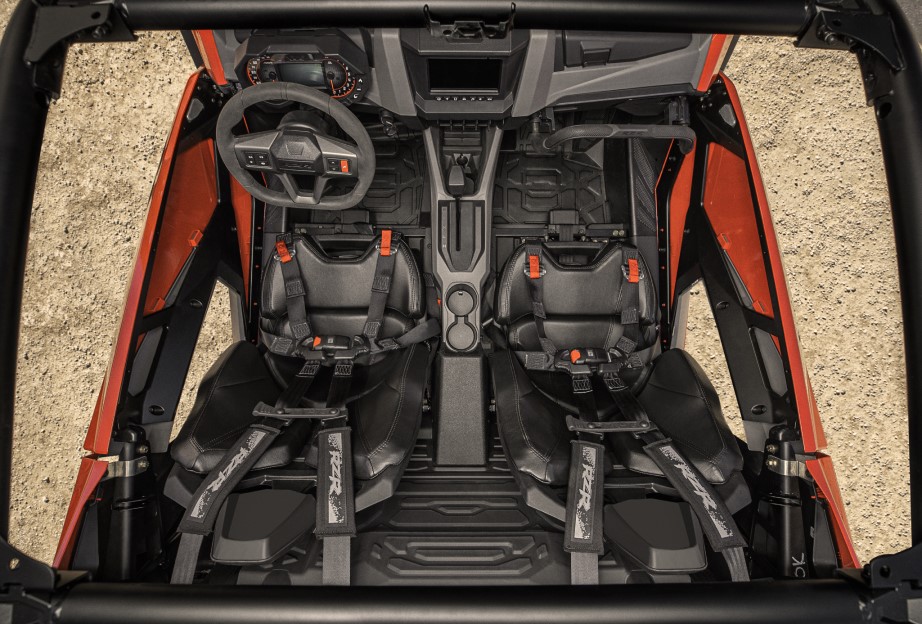 The top of the line Ultimate version of the Pro comes with a 400-watt Rockford Fosgate audio system that can be controlled through the touch screen and steering wheel controls. Polaris claims that the roll cage of this machine is the strongest stock version available on the market, but we wouldn’t mind pitting it against the Arctic Cat Wildcat XX roll cage to see if that is true. The tubes on the new Polaris are 2-inches in diameter which is larger and stronger than before.

This UTV is FAST, smooth and stable. We love how powerful and well tuned the ProStar turbo inducted engine is, but we also believe that no one really needs that much power. It is tuned to work best between the 20-50 mile per hour range. When you plant your foot down hard on the acceleration pedal, the power pulls you back into your seat and things start getting a little blurry. The feeling is exhilarating! 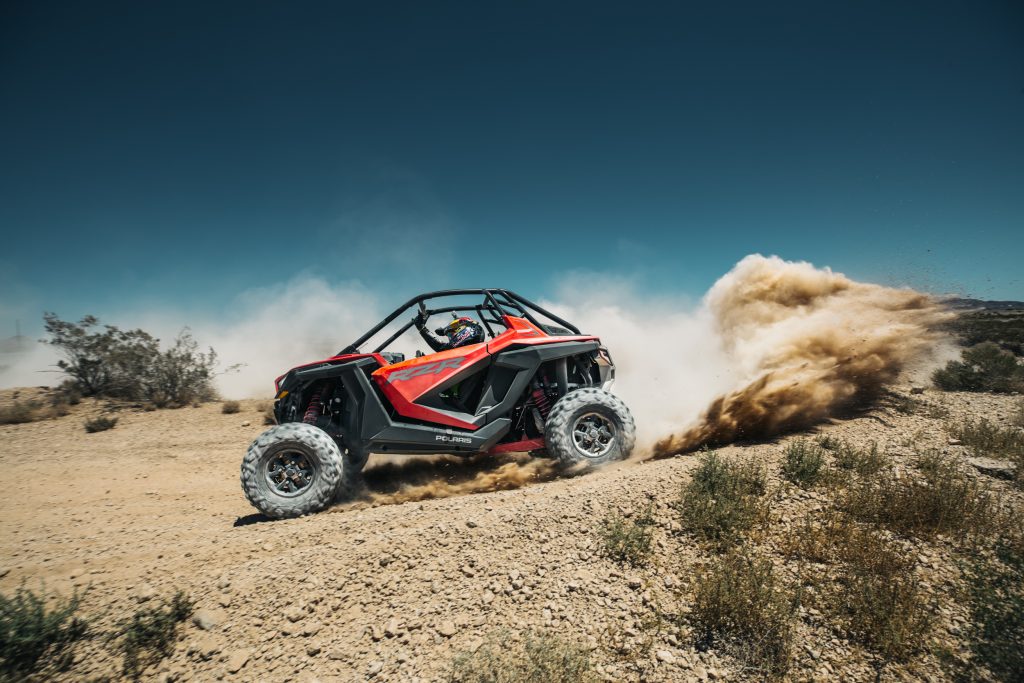 The suspension is supple and surprised us with how well it worked through chop and hard hits for being a 64-inch wide offering. The 72-inch wide Turbo S and the Pro XP feel similar in control and suspension feel which makes the Pro XP more impressive feeling. We spent our time in the Pro XP Ultimate version that has the DYNAMIX 2.0 FOX shock system. The comfort mode is our favored mode in the rocks and small slow speed chop. Once the speeds picked up, Sport mode was chosen and the Pro XP performed admirably. We did notice the rear end tended to bottom out on some sections of the Nevada desert trails. A bit of shock tuning should be able to straighten that out. The longer wheel base of 96-inches helped the RZR ride smooth, yet Polaris designed the turning radius to be very sharp and still have agile cornering. 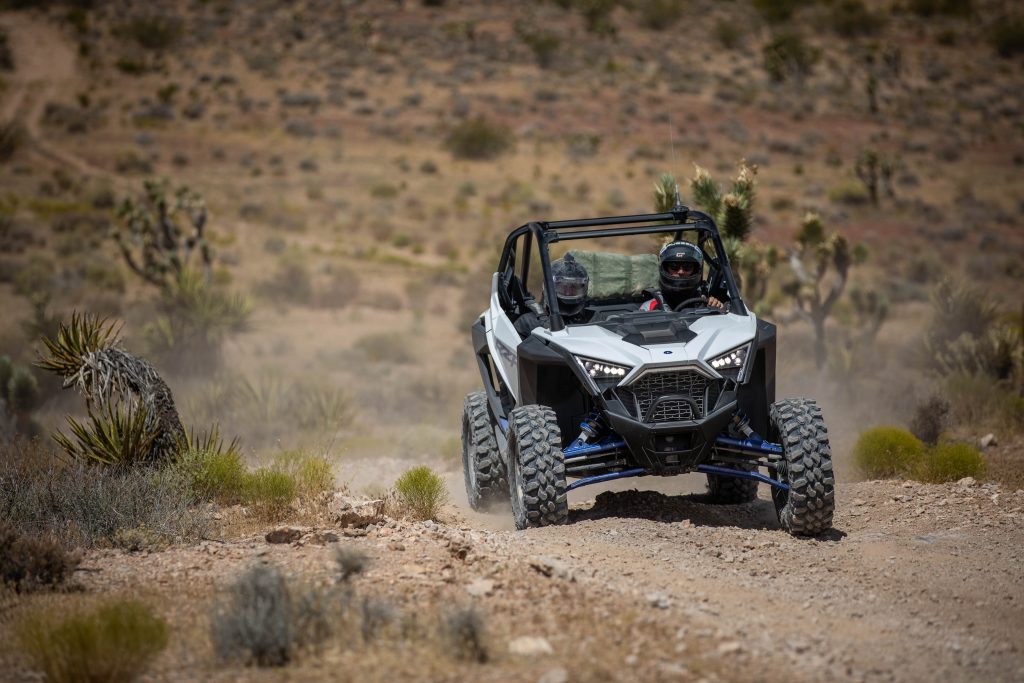 We pushed the RZR hard over whoops, natural jumps, rock gardens and tracked out sand washes. The cornering stability was very surprising. The lower center of gravity and lower seating made us feel very comfortable while throwing the machine hard into rutted corners, and the Polaris rarely lifted the inside wheels. 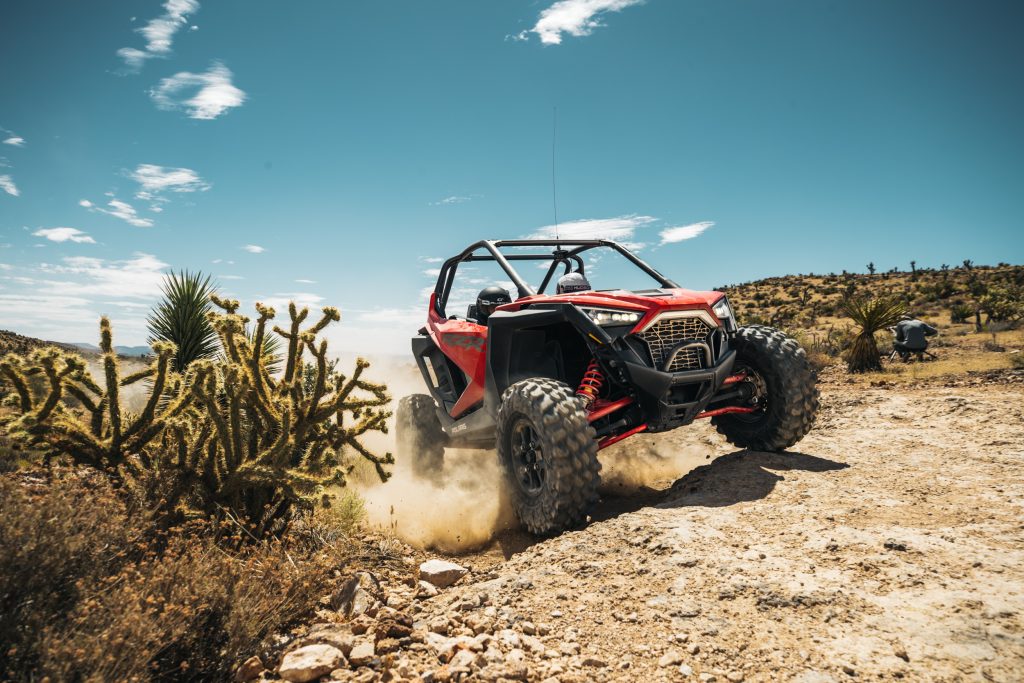 Inside the cockpit, you have a much safer feeling atmosphere than previous RZR’s. The doors go up higher which adds a greater sense of protection. A stronger and larger tube diameter roll cage adds to that sense. The interior feels far better built than a lot of Polaris’ older machines, and you can tell that they took a lot of R&D time to get this model right. We are excited for the public to get their chance at driving the all-new Polaris RZR Pro XP.

JESSE HAINES WINS KING OF THE HAMMERS WITH HIS ROXOR