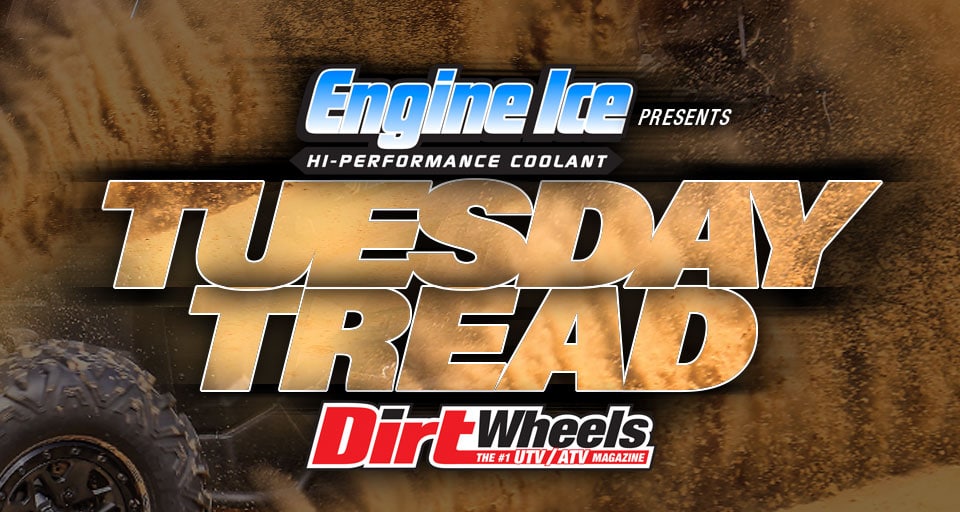 A match for sand, mud or snow By the staff of Dirt Wheels

Stock UTV tires are a necessary compromise. A company can’t very well supply different tires for machines heading to different parts of the country. Most brands sell the same machine in California, Washington, Maine and Florida, even though the terrain and tire needs are wildly different. Most production UTVs have tires that offer very good traction in our area, but they may not be the best at preventing flats in the relatively fast and rocky terrain that is common here. Normally, we look for tires that have closely spaced tread blocks to combat cuts to the tire. In this case, though, we chose the GBC Grim Reaper tires that are designed with more open tread.

GBC’s Grim Reaper is an aggressive-looking, eight-ply-rated, all-terrain radial tire. When evaluating a potential tire purchase, the ply rating gives you some idea of sidewall toughness, and an eight-ply rating should provide reasonable peace of mind regarding impact flats. As a general rule, radial tires offer a supple ride, so they are the overwhelming choice for passenger car tires, as well as many production UTVs. Like many UTV tires expected to perform on a wide variety of terrain surfaces, the Grim Reapers use large, deep tread blocks to dig into soft dirt, but those blocks have grooves in the top surfaces to provide more traction-grabbing edges. In addition to details like those in-mold traction edges, GBC includes a little grim reaper cartoon guy on the sidewall and raised-letter “Grim Reaper” molded onto the tire carcass between every other side knob. GBC grouped the tread blocks a little more tightly along the center of the tread area to minimize block rumble on hard surfaces. Even though the construction is typical, the tread wraps around the sidewall, both for traction in ruts and to protect the sidewalls. GBC currently starts the Grim Reaper line at 23×8-12 and it goes up to 27×11-14. Tires in 28, 30 and 32 inches are coming soon.

Compared to the GBC Dirt Commander tires we tested on the same machine in the March 2017 issue, the GBC website claims the Grim Reaper has better crossover for wet terrain. The GBC purpose and performance chart rates both the Dirt Commander and the Grim Reaper excellent for rocky trail or desert and excellent for general trail riding, but the Dirt Commander is very good for soft terrain. The Grim Reaper is rated as excellent for soft terrain. Amazingly, we got plenty of rain and even snow in California while testing the Reapers. We had expected that the ride would be chunky at low speed on hard terrain, but the grouping of the center knobs actually provided a pretty smooth ride on packed dirt and rock. We did a little rock crawling where we were on large slabs of grippy rock; drove in loose, jumbled rock; and pounded sand in the desert. Traction with the large, deep tread blocks was extremely good. Next, we hit an area with more clay in the dirt and packed, engineered trail systems. It was very wet and snow-covered, and where other machines were sliding around, the Reapers clung to the dirt. Acceleration, braking and steering traction were all impressive.

We feared that the deep tread blocks would hurt the traction on packed and rocky terrain, but we were pleasantly surprised. With 100 miles on the tires, they look almost like new, with just the slightest rounding of the edges on the rear. Traction is much better than some tires we have driven with that appeared to have similar tread depth and knob arrangement. We did pick up a little weight going from the six-ply stock tires to the eight-ply GBCs, but we also went with narrower rear tires, so the suspension action is still good. Visit GBC’s website for more information: www.gbcmotorsports.com.