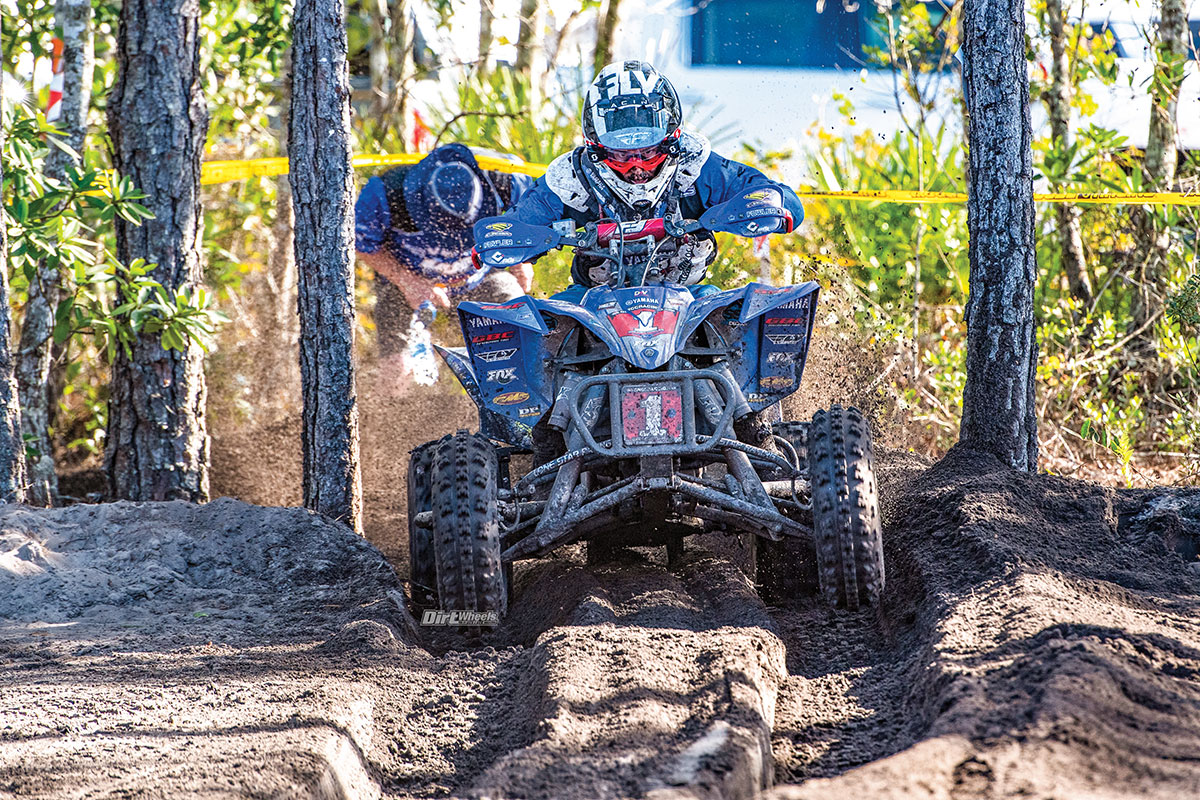 1  Exiting the woods in this photo, it appears to be mid-race or late in the race. A single set of deep ruts has developed between the two tight trees, and there’s no option to go anywhere but in the ruts. This is where the saying “momentum is your friend” comes into play. When you can see polished-off spots in the center, it means skid plates are dragging. Choose a gear that won’t bog the engine down but that won’t immediately over-rev the engine. You won’t have much entry speed. In this instance I would guess I’m in second gear and looking to click third shortly after exiting the trees. Moving my weight to the rear tires puts all possible traction to the ground but doesn’t let the machine wheelie. 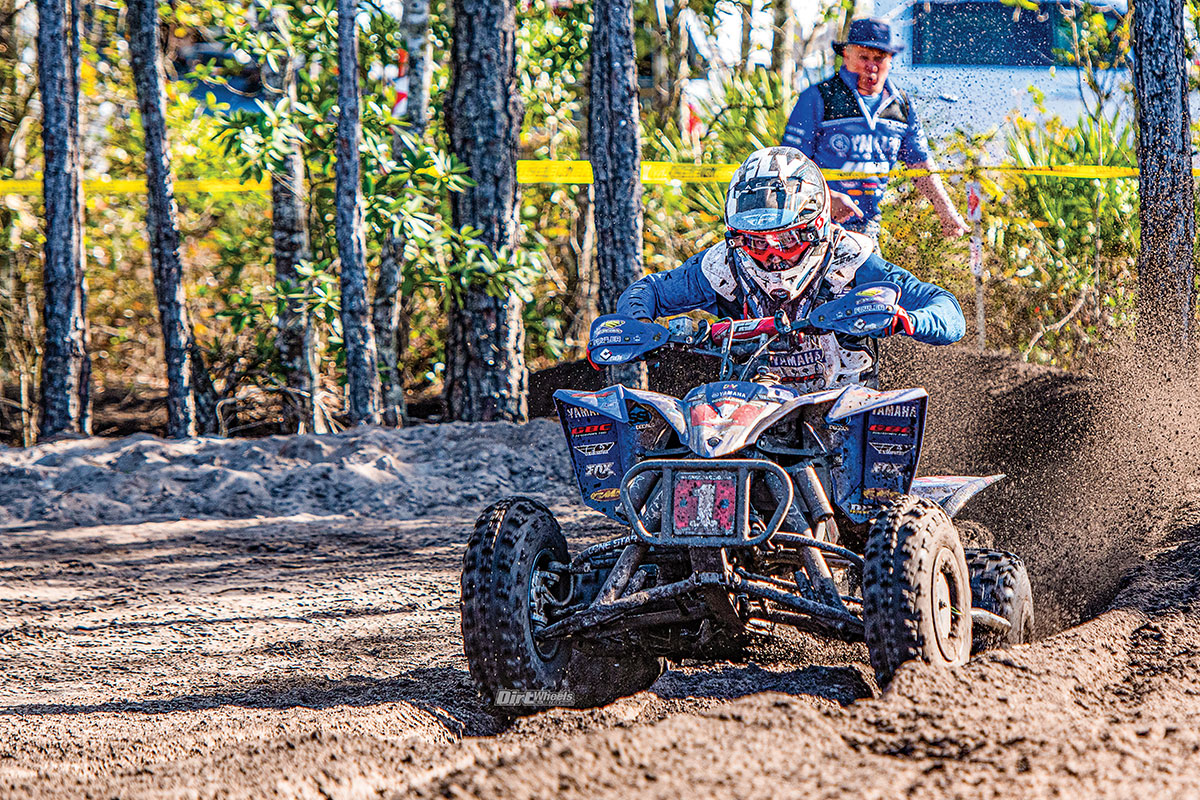 2  We always drive hard out of turns in the Pro class, but especially so in this case. It is likely that the skid plates for the sprocket and rear disc can drag, and I want them to groove the dirt if need be but not hang up and stop me. The front is light but still allowing me to steer. I’m also looking ahead into the next turn and seeing that it continues to be deep ruts through the turn. 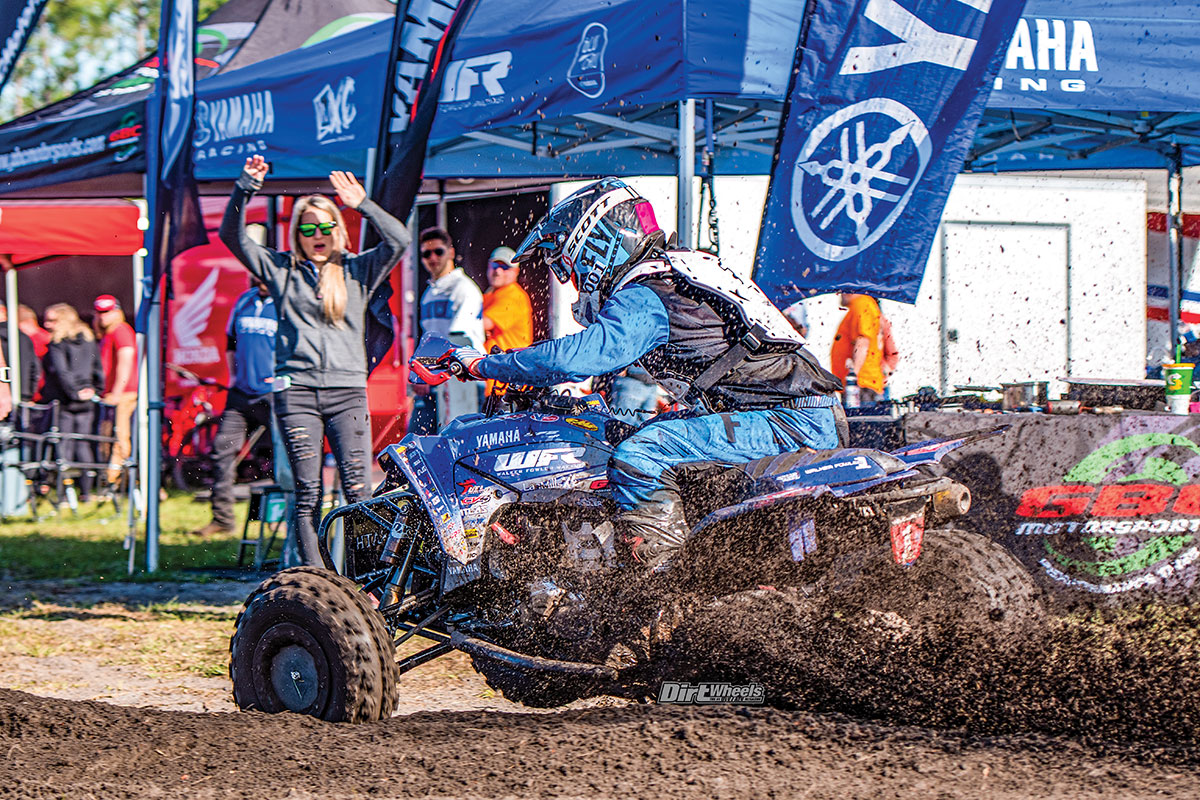 3  My pit area is on the inside of this turn, and for whatever reason, if I need to pull in or my crew has something for me, I want pulling in to at least be an option. I enter the corner as wide as the ruts allow. Almost always in a turn the entry will have a mound coming in where riders stayed on the brakes too long. That drags the sand or dirt into the corner, filling in the ruts for a brief space. That’s your exit strategy. I brake a little early before the mound and get on the throttle again early and turn sharply, hopping my front tires out of the berm and head to the smooth line to the inside of the corner. 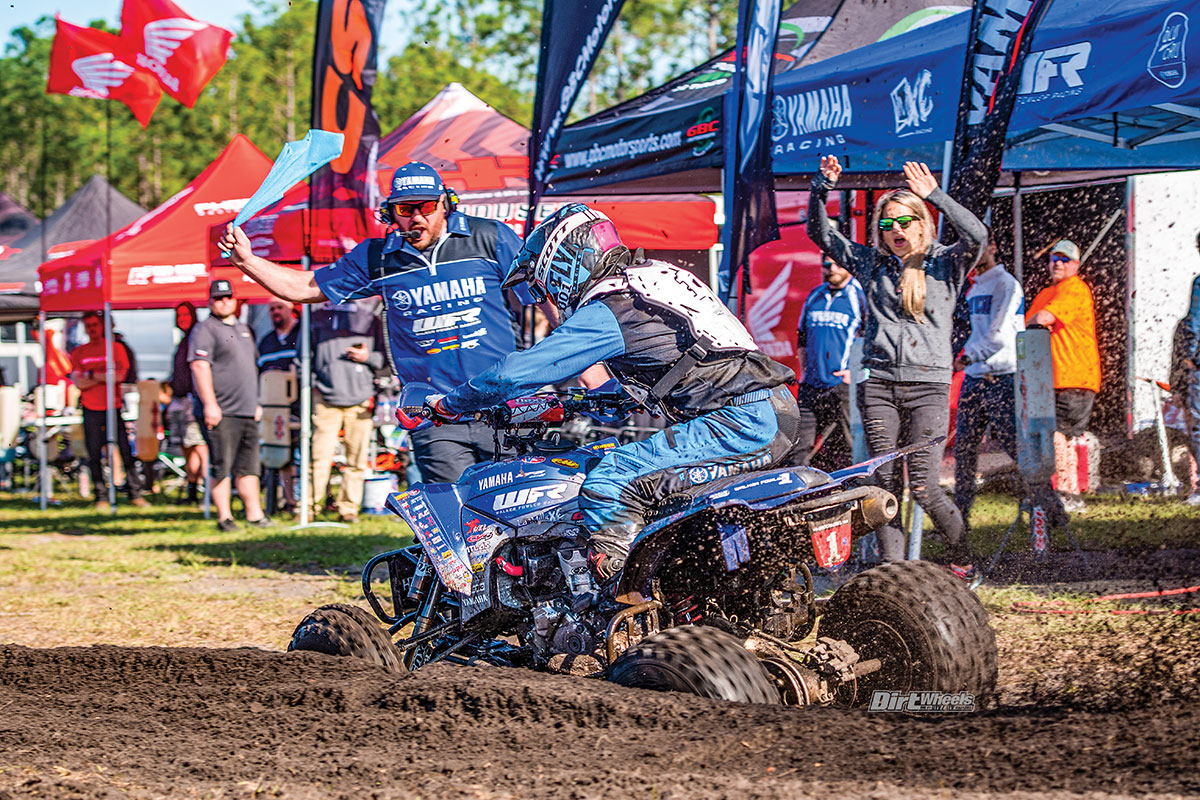 4  I guess I didn’t need anything, and everyone looks pretty happy, so I assume this was the final lap. I had just gone back into the lead, and it’s about 1.5 miles to the finish! Because I made that move to the inside in case I needed to stop, I have smooth terrain and good traction to accelerate down the straight section through the pits.