It seems like 3-wheelers have been gaining in popularity the past few years. So much so that all of the manufacturers have a bunch of new 3-wheelers in their showrooms now. Okay, we’re making a joke. In case you didn’t know, 1986 was the last model year for new 3-wheelers. Thus the case for the HONDA ATC450RF.

However, that doesn’t stop enthusiasts from getting a new 3-wheeler. Well, at least the configuration is new. You see, the hottest 3-wheelers today are converted from dirt bikes. 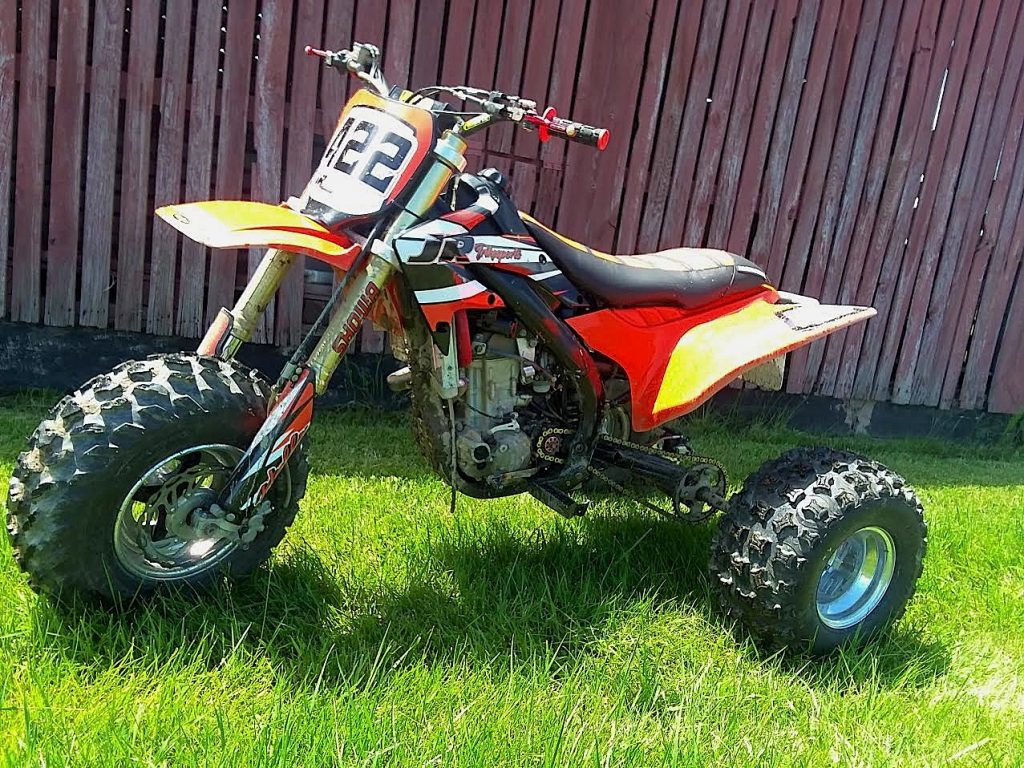 That is what Greg Armbruster in Ohio did here. He began with a 2008 Honda CRF450 2-wheeler and modified it to be a trike. The basic formula for this starts with wider triple clamps for the front forks. Then you modify or switch the swing arm to one that will accept a bearing carrier for the wide rear axle. There are some other odds and ends to detail out as well as getting some new plastic fenders to go with the fat tires. 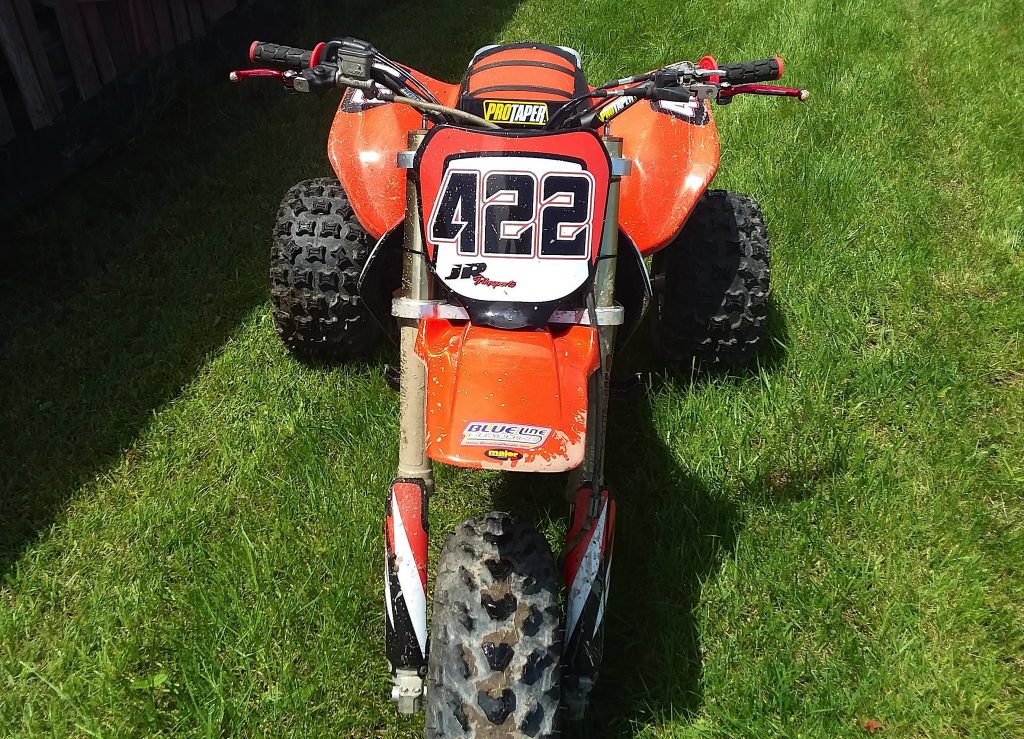 Greg says his machine here maintains the proper geometry for the best handling. He got some help from Jason Hall. who he says is the godfather of modern trike builders. “I didn’t do a mix match of other brands’ parts. They’re all Honda or custom made,” says Greg. 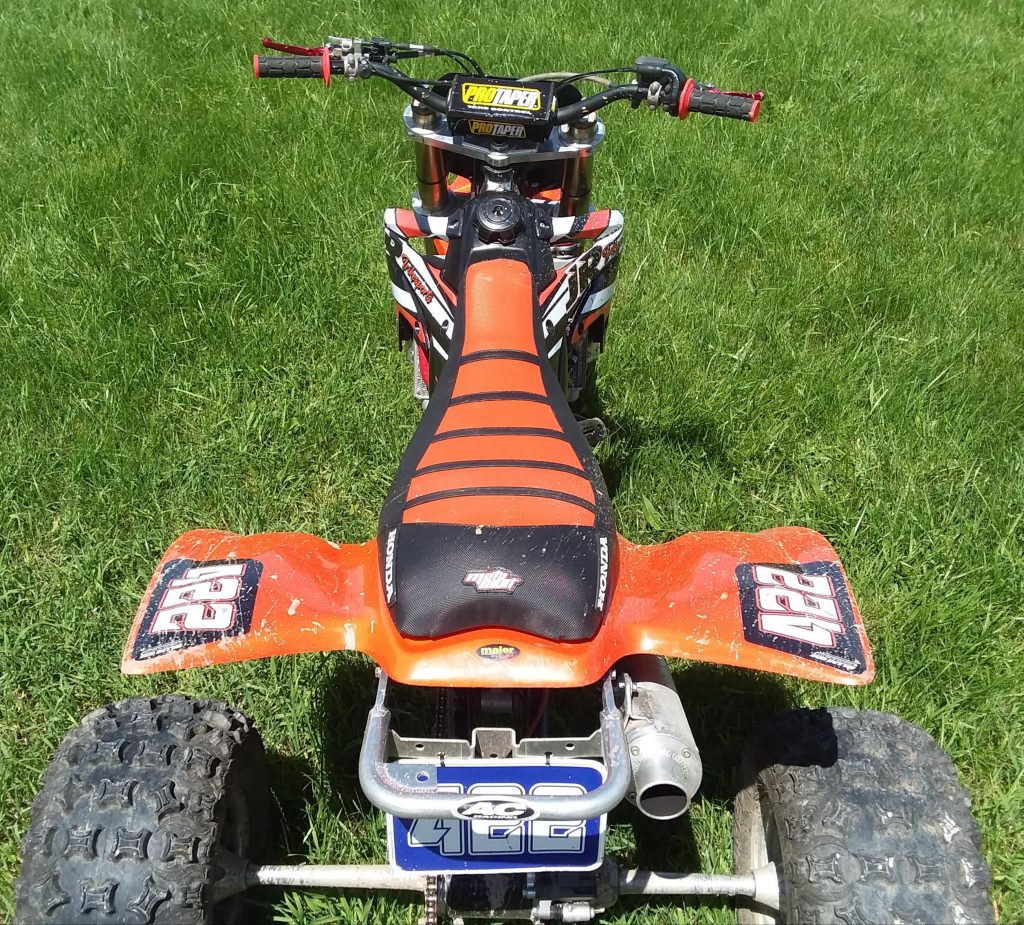 Greg and his ATC450R won first place at the 2019 Trikefest drag races. His ATC450RF has the same ground clearance as a TRX450R and Greg says it’s an absolute blast to ride out on the trails.

Send us photos and info on your ATV or UTV. You must include your name, city, and state.