Erik Dunshee has been with Honda R&D America since 2009, which is based in the Torrance, California, office. He was responsible for developing the look of the Talon and he gave us some insight on that process with our interview. 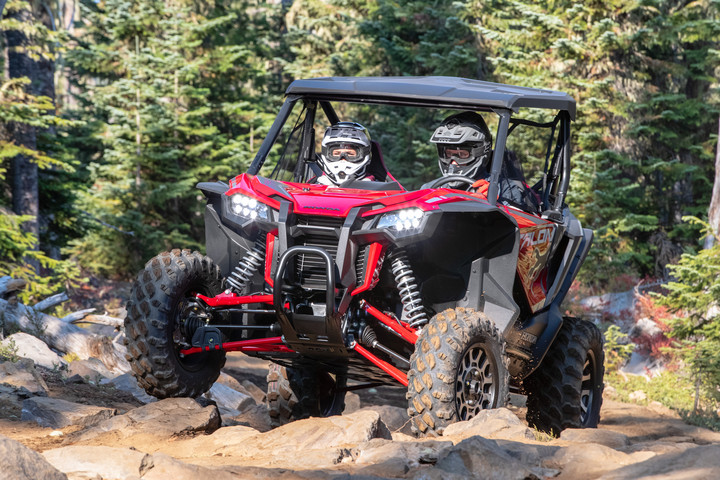 What word would you use to describe what you were going for with the Talon’s look?

“Capable.” When you looked at this vehicle, we wanted you to know that it’s able to take any terrain. Mud, trail, open—the actual capabilities of it were really what we wanted to emphasize. You look at this vehicle, and you know it can go anywhere. 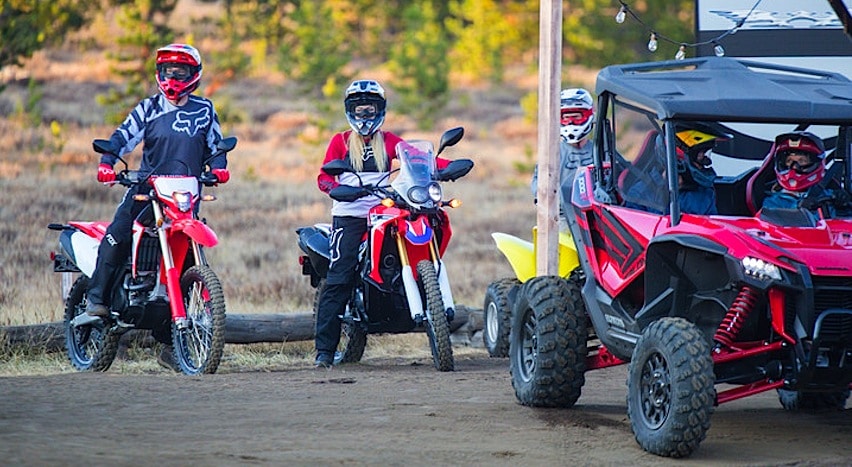 Where did you draw your inspiration for the Talon?

Honda has so much experience and so much success on our off-road dirt bikes, the CRF line, and that’s a highly capable, performance-based vehicle. We wondered what it would it look like if you took something as nimble and capable as the CRF and applied the visual elements to something like a four-wheel Sport side-by-side product.

In what ways did the CRF line inform the design?

The Talon’s high bodyline, from a visual standpoint on the exterior, is to create a continuous, cohesive body side from front to rear. Without that, a vehicle can appear kind of primitive and broken, so we wanted a front-to-rear communication in this vehicle—one gesture. That high-bodyline exterior was inspired by the CRF, that top line of the motorcycle and that visual dynamic that it conveys. The interior also becomes more secure feeling for the driver and passenger, so that high bodyline is something that’s functional as well as visually impactful. 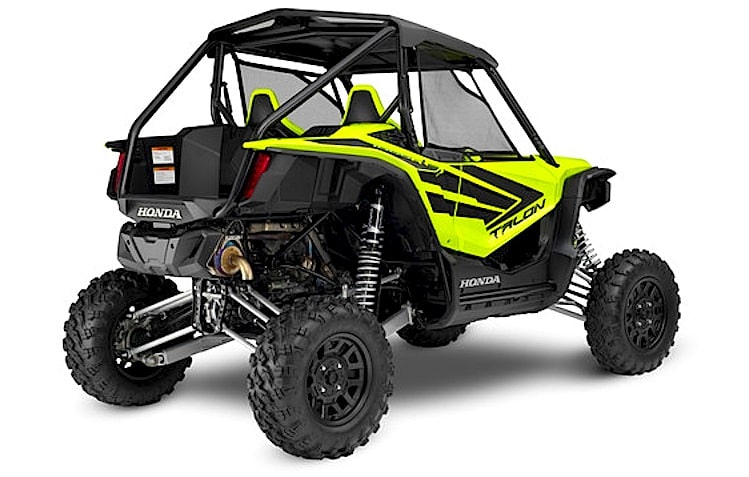 How did the design evolve?

Initially, we research the product, then it goes to sketching, and that sketching is reviewed by multiple disciplines to understand feasibility, cost, outlooks, those types of things. Once a certain overall image is selected—that’s an internal, global effort to reach that consensus as to a fixed 2D image of what we’re going to achieve—then we move to 3D, and that 3D process includes clay, previsualization in CAD, and from there we move forward. The final output is CAD, and we work from there. 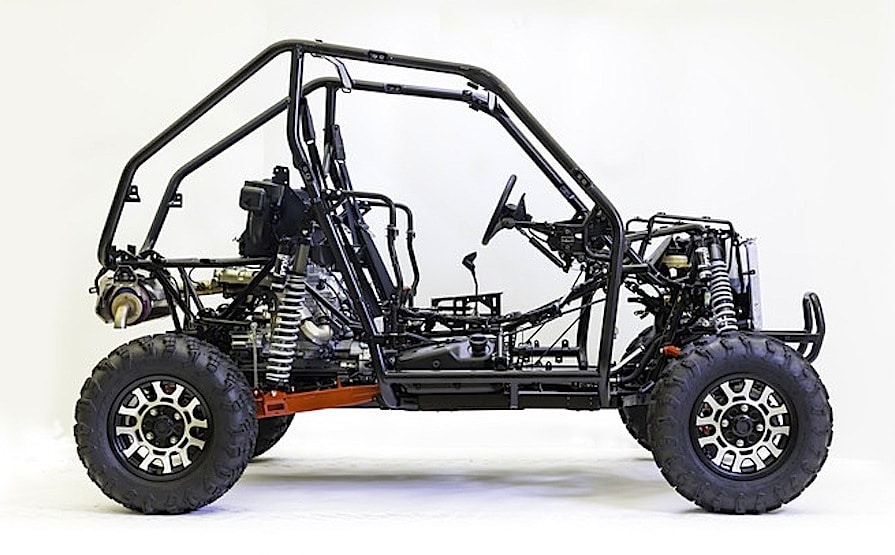 For sure there’s excitement from the design side in dealing with the sport/performance category, but at the same time we’re trying to field a family image based on representing Honda’s durability, quality and reliability. We push to achieve something that’s a coherent part of the product family. I think it’s pretty clear that Honda vehicles are class leading when it comes to reliability and dependability, and I constantly have to support that. We go through immense amounts of testing and back-and-forth to ensure the quality of the product. 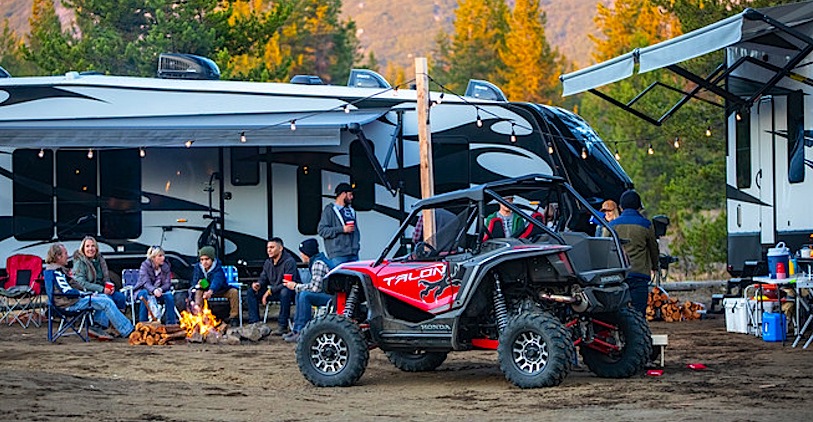 How did the design objectives adjust as the project progressed?

The objective never changed, but of course there’s an incredible amount of maturing that takes place when you’re dealing with a ground-up build like this. I’m constantly addressing that and basically adapting that initial design to how the project continually grows.

Were there any notable design departures that made it into the final version?

One thing that we really wanted to address was efficient cooling, and we put in motorcycle-inspired shrouds, as well as side vents. Those are unique to our side-by-side vehicles, to ensure proper cooling. 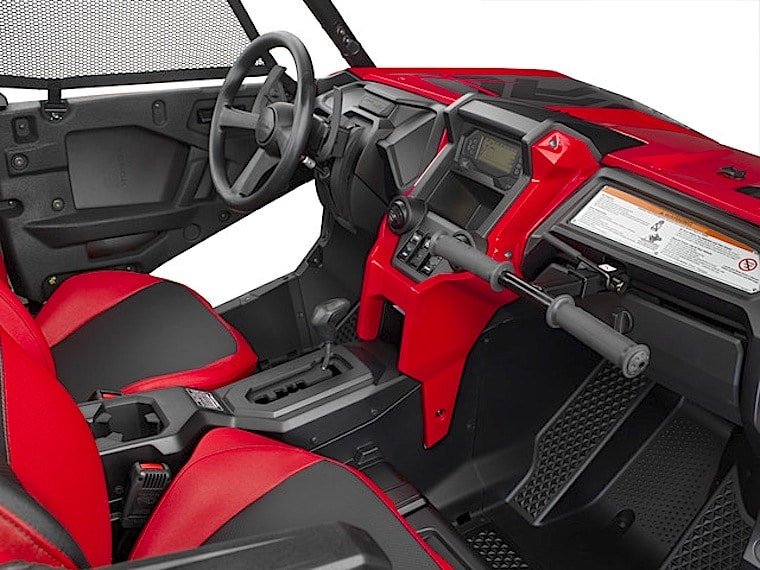 In what ways did you try to facilitate the visceral experience through the design?

We definitely want to capture that emotion, and we spent quite a bit of time on the interior to facilitate a great experience for the driver and passenger. We wanted to make sure to go after those human factors that will help support the customers’ emotional experience—the enclosed, safe feeling, and more of an advanced look. 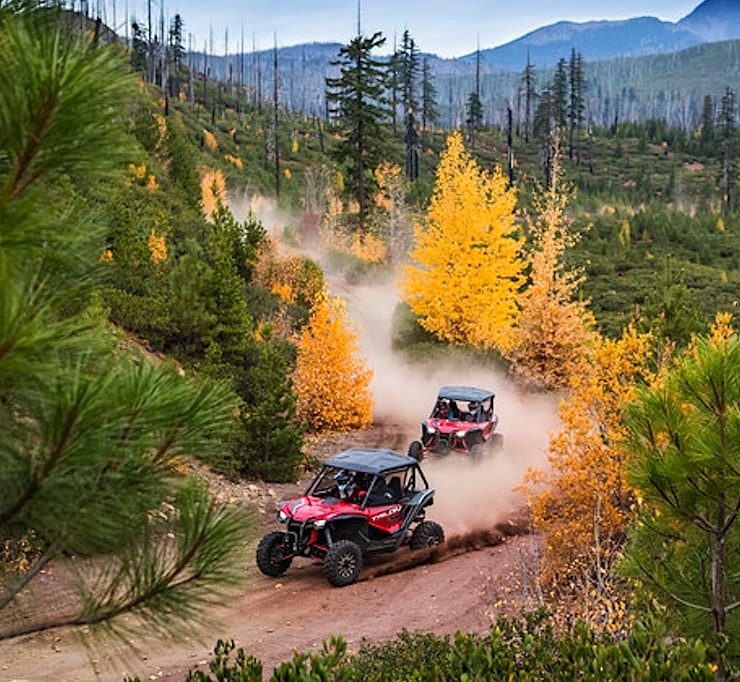 Did you get to drive the prototypes?

Even at the beginning of the project, before pen was put to paper, we’re experiencing these vehicles. Once we start working with actual test vehicles, I’m supporting those teams at all times, so I’m in the vehicle. I get to feel it, understand what we’re trying to achieve and if we’re successful or not from a design point of view. 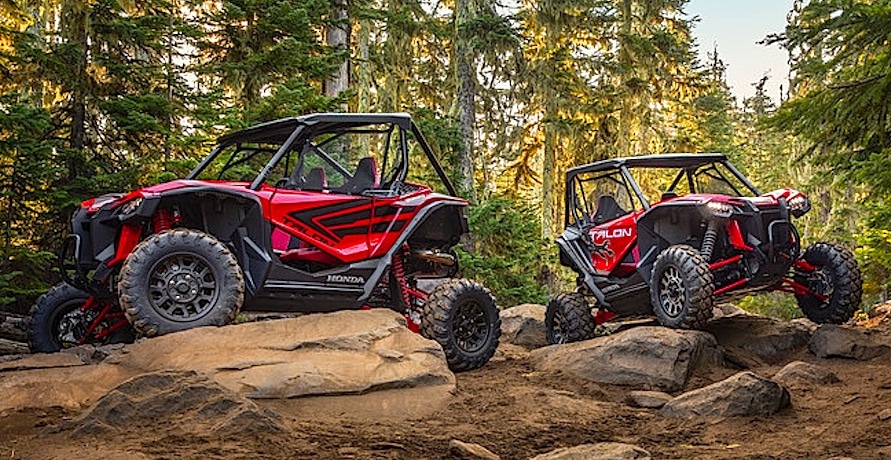 Were there any “aha” moments?

Other than the shrouds and the body side venting, another kind of aha moment was when we were completing the roof. We wanted to incorporate some downforce on the roof, because it’s surprising how air becomes an element of performance. However, we knew that the vehicle was going to get trailered—possibly while facing backward—so we had to create a roof that would be fine for that. We were innovative in the sense that we were able to achieve the spoiler but with a rearward flow-through, in case it was ever to be trailered facing backward.

What was considered in the color-selection process?

I think we all felt that there was a need for something a little bit more impactful than a multipurpose side-by-side. Again we’re coming to market with our first Sport side-by-side, so we wanted to make a statement. 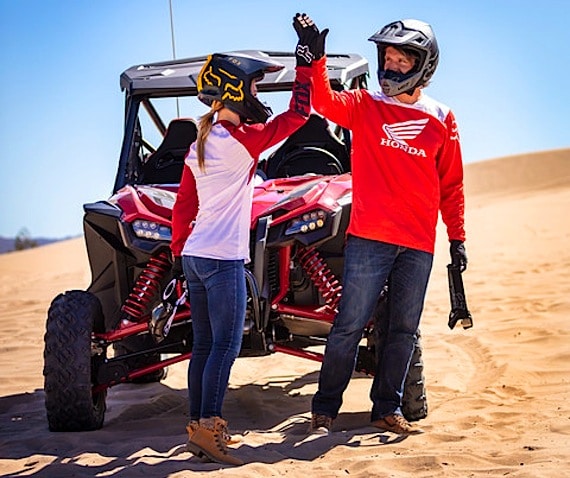 How do you feel about the finished product?

I’m 100% confident that we went after this project and this platform in an aggressive manner, and I think we’re all really proud of the end result.