Once upon a time, two-stroke ATVs ruled the market for many years. Honda’s 250R was the staple of the industry, and from its success the Honda TRX400 was born. This air cooled four-stroke machine helped revolutionize the racing and trail-riding world of ATVs. Consumers soon moved further away from the snappy, occasionally untamed power of machines like the Yamaha Banshee and seated themselves with the smooth yet torquey power of fourstroke machines. Eventually, the 400EX helped pave the way for the sportier TRX450R that is a major staple in the racing world. Instead of finding a pricier used 450, we found a Honda TRX400 on Craigslist for $1200 that was perfect for this budget build. 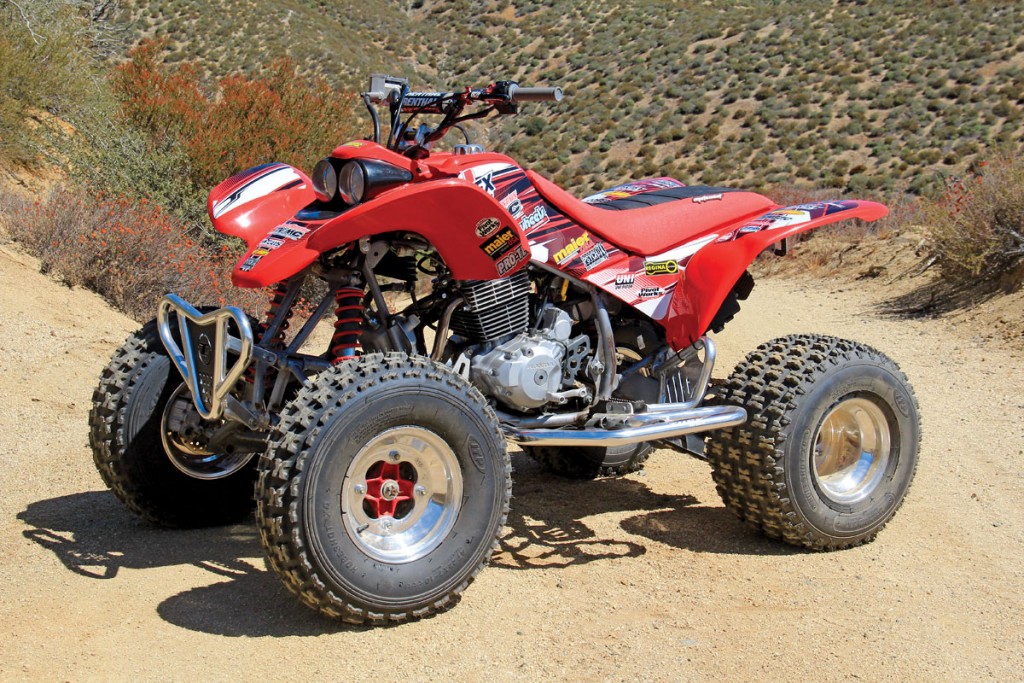 BRING ON THE POWER
To start off this project, we connected with Rocky Mountain ATV/MC for most of the parts on the build. The TRX400EX is a very simple machine that is great for longevity and decent in performance aspects, which makes upgrading the power easy. We started with a new Vertex .5mm over-piston for $135, and Pro-Tec was able to bore the cylinder for us. A Stage 2 cam from Hot Cams finished off the engine’s internal upgrades. A FMF header costing $251 and a muffler for $296 were added. As for jetting, we went with a DynoJet kit for $48. A 170 main jet was installed, the needle clip moved to the third spot down from the top, a 45 pilot jet and then the fuel screw was turned out by three turns. Now the TRX400 felt like a revitalized machine, and power was broadened through every range. Honda tends to make their motor’s output a decent amount of torque, and the upgrades enhanced that fact. 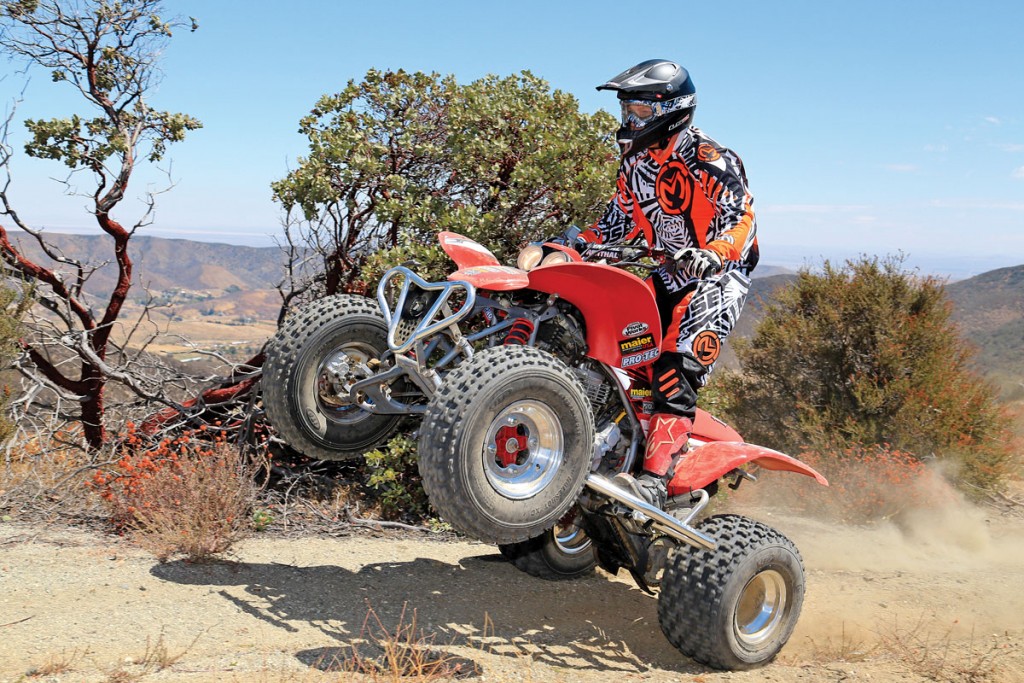 PROTECTION AND HANDLING
Nerf bars are a must for safety, and Tusk has simple, inexpensive bolt-on nerf bars for the Honda. Tusk also helped us with a front bumper for $65, a rear grab bar for $40, and finally a front brake-cap cover and throttle cover. After installing some protective bolt-on parts, we then wanted to give the handling a better feel. It’s no surprise that simply changing the handlebars will help, so we went with a Renthal bar with a 7/8 bend, Renthal grips and even put a R-1 Works chain on it. After those were installed, we decided to incorporate a Works Connection Elite clutch perch for $156. The operation of the new lever and perch is a lot smoother and better feeling on your fingers than the stock setup.

With the addition of more power output from the TRX400’s engine upgrades, traction is the next important step. ITP tires are now on all four corners of the ATV. The rears are 20-inch tires, while the fronts are 21-inch tires, costing the build about $582 for tires and wheels together. 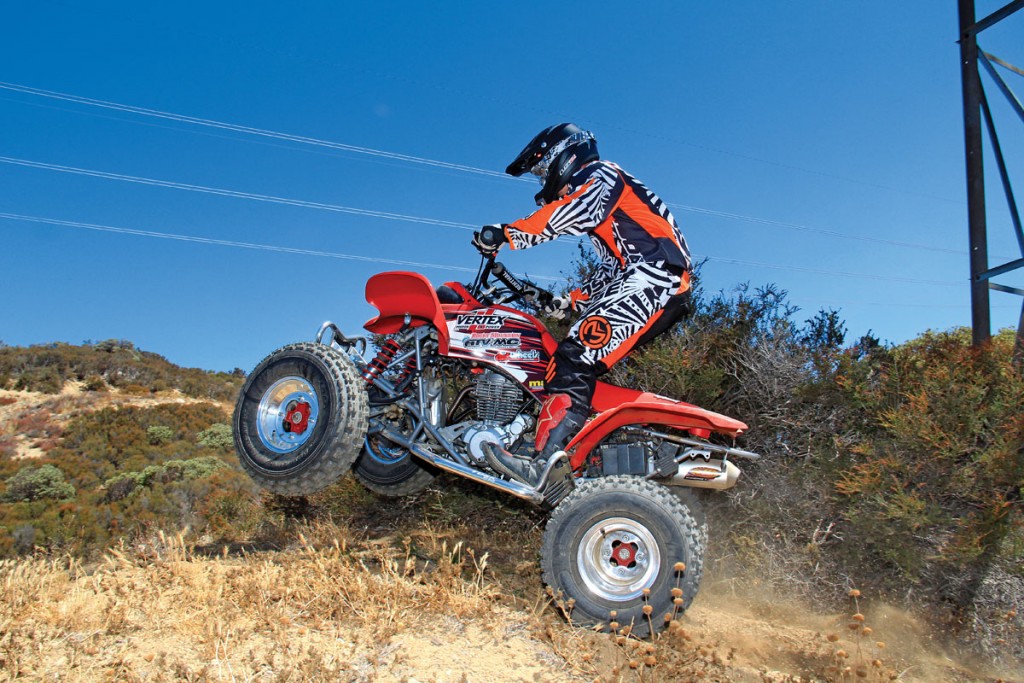 FINAL STEP
The next stop was to enhance the overall look of the ATV by throwing on a new set of graphics by Psych MX Graphix that were custom made for this project. With the addition of all the performance and handling upgrades to the Honda TRX400EX, it now feels and looks like it rolled off the showroom floor with fresh mods just yesterday. If you want to build up your own project, go to the guys at Rocky Mountain ATV/MC and they will steer you in the right direction. They can be reached at (800) 336- 5437, or go to www.rockymountain atvmc.com.