On Jul 29, 2015
Share
ITP Motocross Racers Post 14 Podiums at Red Bud
Six Riders Earn Class Victories at Round Nine in Michigan
Ontario, California, July 29, 2015 – ITP racers earned six class wins and a total of 14 podiums at round nine of the 2015 Mtn. Dew ATV Motocross National Championship Series held this past weekend in Buchanan, Mich. Also at the Red Bud ATV National Presented by Concept Haulers, Jeffrey Rastrelli scored another top-five finish in the Pro class to continue his climb in the rankings. 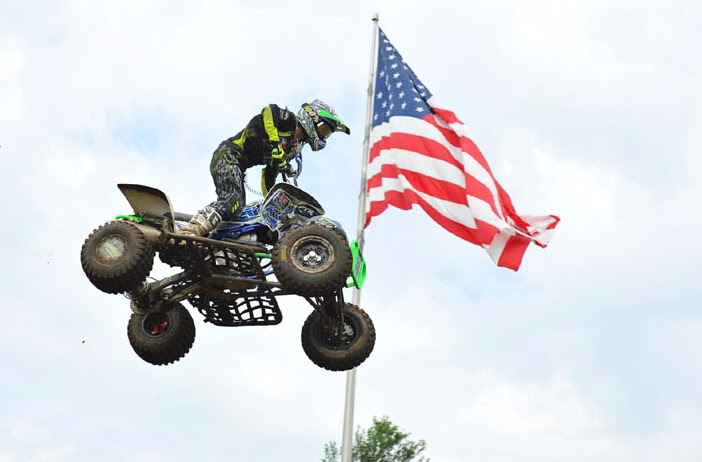 Our racers had a good showing at Red Bud, which is one of the most picturesque and demanding motocross tracks in the nation. Pro Jeffrey Rastrelli continues to impress since his return after round five and our amateur racers constantly prove ITP tires will put you on the podium,” said Pat McGuire, Public Relations / Race Support. “We have one round remaining on the season and our team is committed to finishing on a high note and capturing as many championships as possible.”
The team traveled to southwest corner of Michigan for round 10 of the 2015 Mtn. Dew ATV MX National Championship series, sanctioned by AMA Pro Racing. Red Bud MX, located outside the small town of Buchanan, Mich., is highlighted by its many challenging natural-terrain jumps, difficult whoops and high-speed starting line. Team ITP had six individual racers earn class wins and scored eight other podium finishes at Red Bud. 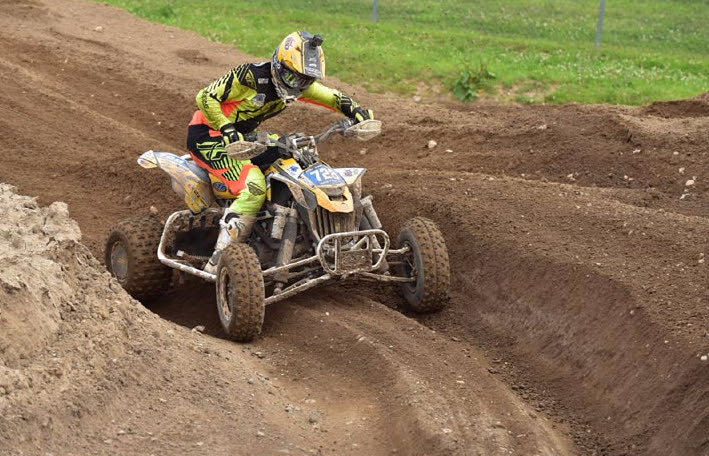 Rastrelli earned his seventh top-five finish of the season to climb to within two points of fourth place in the overall standings. The JB Racing / Can-Am / ITP Pro racer, who runs ITP QuadCross MX tires on his DS 450 ATV, has one round remaining in his chase for fourth place.
ITP had six amateur class racers earn victories in Michigan. “Factory” Sam Rowe had a great showing on his No. 38 Root River Racing / Rage / Pepsi-backed Honda, earning the win in the Pro Sport (Pro-Am / A) class. It was Rowe’s second overall in the class and fifth podium. Rowe also took second in the Pro-Am class with a 4-2 moto scorecard. ITP pilot Dylan Tremellen joined Rowe on the Pro Sport podium, earning third.
Westley Wolfe won the Production A class for ITP, posting a 3-1 moto tally. Wolfe is the current points leader in both the Production A and 450 A classes heading into the finale. Dalton “Bubba” Hicks, who competes in the same exact classes, notched second in the Production A class and was fifth in 450 A in Michigan. ITP contingency racer Parker Wewerka, who also took fourth in the Pro Sport class, won the 450 A class. Wewerka’s victory moved him to sixth in the 450 A class standings, where just 10 points separate third place from sixth place. 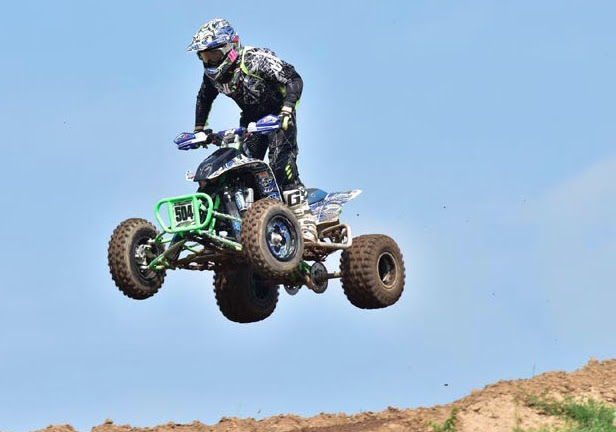 Megan Manshack has won all seven of the Women’s class events that she has attended this season. Despite missing the opener and Unadilla, Manshack has posted seven 1-1 moto scorecards to dominate the competition this year using ITP QuadCross MX tires on her No. 1 Root River Racing-backed Honda.
Since making his return to the series at round five, ITP racer Mike Barnhardt has progressively returned to form on his No. 19 Honda ATV. After gathering his bearings at round five, Barnhardt has posted six podiums in the three rounds he’s attended. He notched his second win of the year at Red Bud, taking the overall in the Junior 25+ ranks.
Brandon O’Neill competed in three classes at round nine and came away the overall winner in the 90 Shifter (12-15) class. Peyton Zimmerman finished second in two classes (Youth All-Star 13-15, Super Mini 12-15) in Michigan. Grayson Eller also tallied a second-place run in the Schoolboy Jr. (13-15) ranks. Third-place finishes were also earned by Haedyn Mickelson (450 A) and Tyler Mack (450 B).
The Mtn. Dew ATV MX National Championship Series finale is slated for Aug. 7-9, at Loretta Lynn’s Ranch and motocross facility in Hurricane Mills, Tenn.
About ITP

In business for more than 30 years, ITP has become the world’s #1 ATV/UTV aftermarket tire and wheel source. ITP utilizes its experienced staff of engineers, designers and technicians at its two American tire facilities in Clinton, Tenn., and Jackson, Tenn., to develop award-winning tire-and-wheel designs for virtually all ATVs and side-by-side vehicles. Numerous outlets distribute ITP tires across the United States and in more than 25 countries worldwide. For a full-color ITP catalog, call toll-free: 1-800-889-7367. www.itptires.com
ATV MXITP TiresRED BUD
Share FacebookTwitterReddItEmailWhatsAppPinterestGoogle+