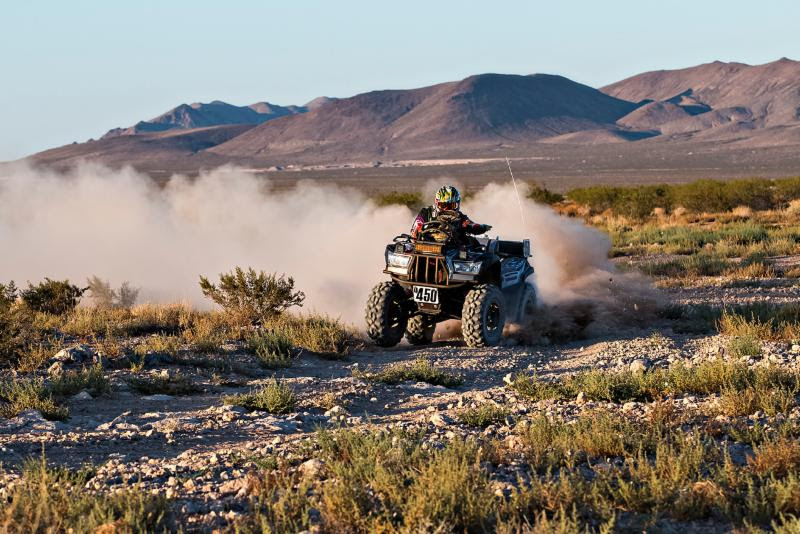 Halfway between Vegas and Reno, Nevada: Team KYMCO KEP (KYMCO Extended Protection) WARP Offroad Factory Racing began the best test of off road endurance agility and ability, known as the Best in the Desert General Tire Vegas to Reno Presented by FOX, with great expectations. Nearly to the halfway point of the race, the team was beaming with sun-burnt enthusiasm built on its strong second-place running in the Expert Quad Class. But, you know, if it were easy the traffic would be impossible, and the team’s expectations were lowered when one KYMCO rider and another race vehicle collided on course nearing the race’s halfway mark. 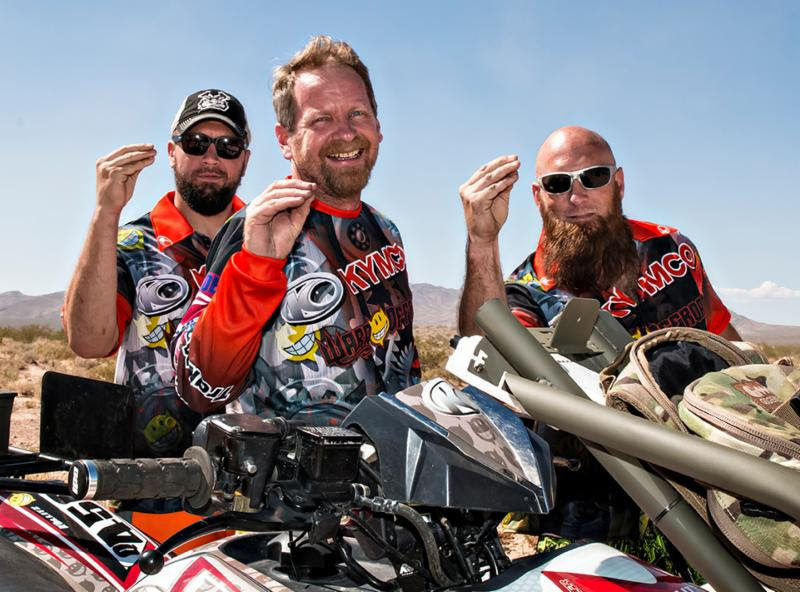 The first three rider stints earned the team a front running position, despite a deteriorating aftermarket muffler in the first leg of the race with Alex Kollitz piloting the KYMCO MXU 700i. Kollitz maintained the pace well enough for the next rider, Justin “Billy Goat” Wood, to pick up a couple positions in the long section between Pit 2 and Pit 4. Wood did though experience a clogging air filter and a bent heim joint on a lower A-arm, which was the result of an unwelcome rock while battling with the class leader.

At Pit 4, professional GNCC racer Adam “Gator” McGill took over as pilot. He later reported issues mentioned by Justin, relating to a potential vapor lock, or other heat-related concerns due to the modified-on-the-fly exhaust system. Even so, Adam chased down riders, but had to stop periodically to cool the MXU 700i. McGill stayed on the MXU until he reached Pit 7, where the Team decided to make repairs. 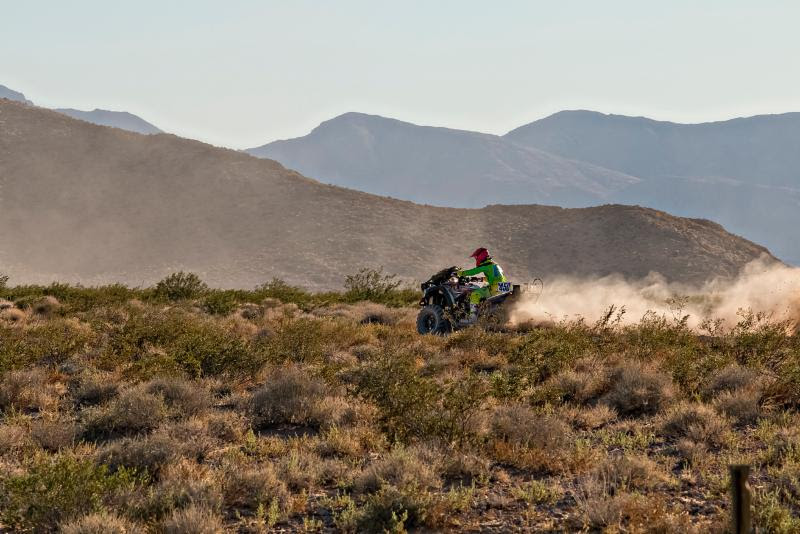 Kollitz took over at the controls again, with the plan of riding to pit 9. En route, Kollitz and another racer collided. Kollitz suffered numerous injuries but, thankfully, none of them of permanent consequences. The machine was damaged beyond rideable, so the Team KYMCO KEP (KYMCO Extended Protection) WARP Offroad Factory Racing’s day ended just short of the race’s halfway mark. We all wish Alex Kollitz the best on his road to recovery, and thank him for his many and innumerable efforts for this project.

KYMCO USA offers it’s many thanks to all who followed our live reports during this Best in the Desert General Tire Vegas to Reno Presented by FOX race. We are particularly honored to have had the highly rated professional ATV racer Adam “Gator” McGill as a rider along with his faithful followers, the McGill Mafia cheering the team on through various social channels. We’d also like to extend a big thank you to our own KYMCO-sponsored and newly crowned GNCC 4X4 Lites champion Justin “Billy Goat” Wood. Last but certainly not least, we appreciate Alex Kollitiz of WARP Offroad and multiple WROCS championship rider for KYMCO for his many contributions to Team KYMCO. Our thanks to the great news coverage shared by our media friends at Dirt Toys dirttoysmag.com, ATV Illustrated atvillustrated.com, ATV Rideratvrider.com and ATVPT atvpt.com. Their contributions were of the utmost value to the team in every way possible. 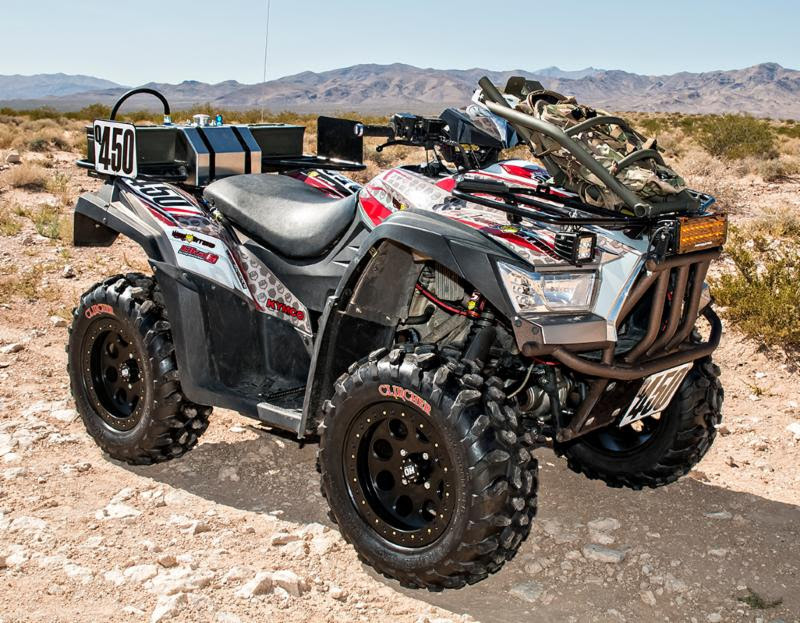 Special thanks to Caryn Lee (Alex’s wife) for her endless work on the logistics and planning for the entire race. Without her organizational skills, we would not have gotten as far as we did. We also thank her for showing true grace under pressure while dealing with Alex’s injuries along with his brother Ron and his cousin Erik.