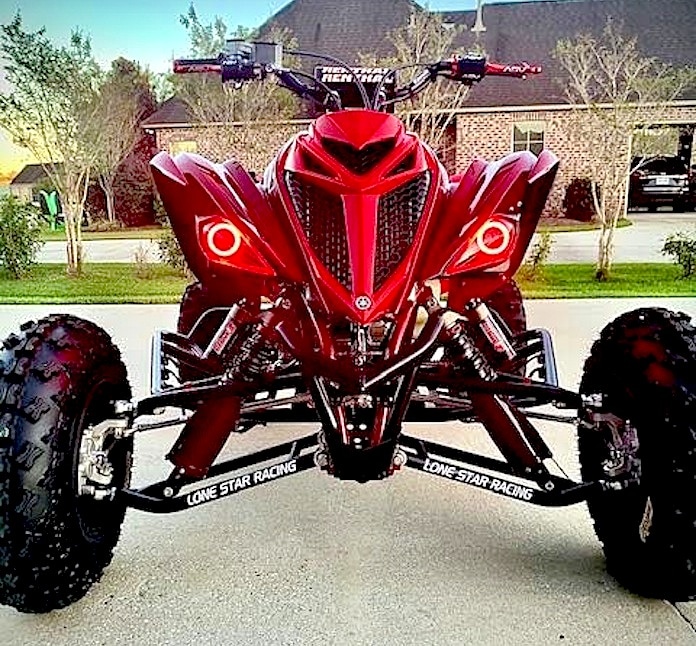 Travis Heltz has been reading Dirt Wheels and riding quads down in southern Louisiana for many years. His first quad was a 1993 Yamaha Blaster and then he moved up to a 1996 Yamaha Banshee. From there he graduated to a newer 1999 Banshee and then a 2011 Raptor 700R SE. 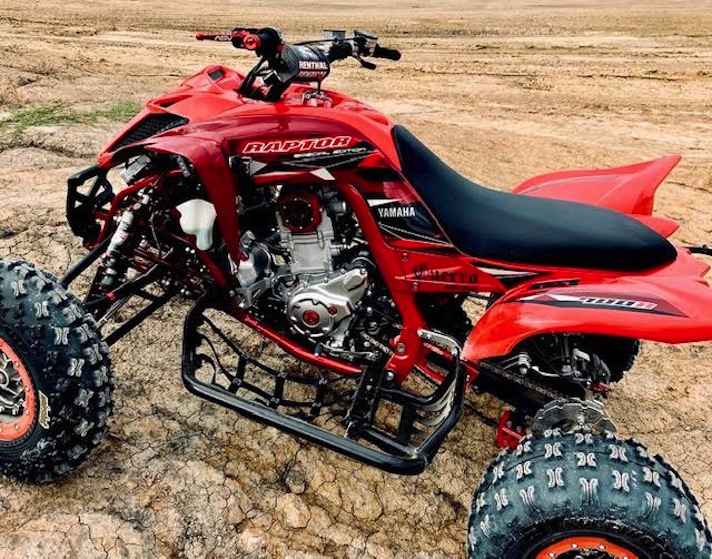 So, for this year Travis bought a new 2019 Raptor 700R and then he decided to do something he always wanted to. His previous quads had all remained mostly stock, but for his new Raptor he went to work tricking it out with  performance parts. He also spent some time and effort on giving it a custom appearance. 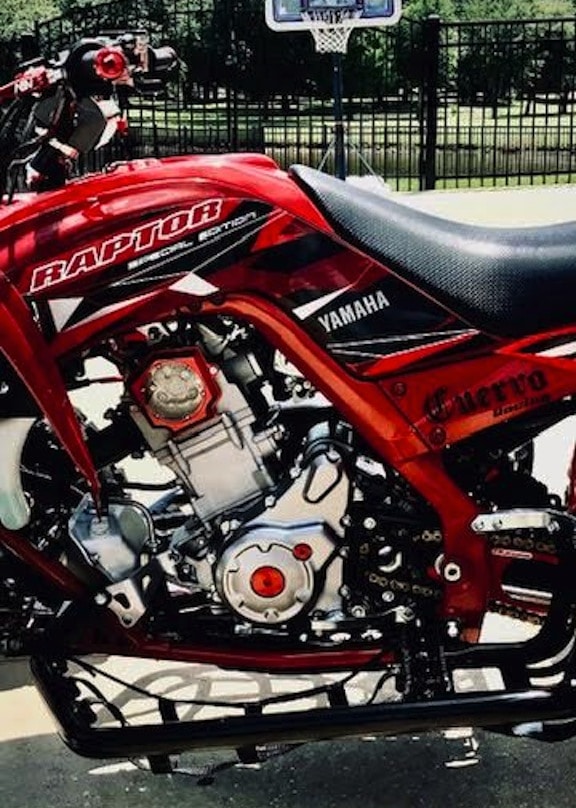 Along with improving the handling and suspension, Travis put quite a bit of work in the motor. All of the “Go-Fast” components added up to giving the engine 70 horsepower at the rear wheels. That gets him down the trails at a very quick pace. 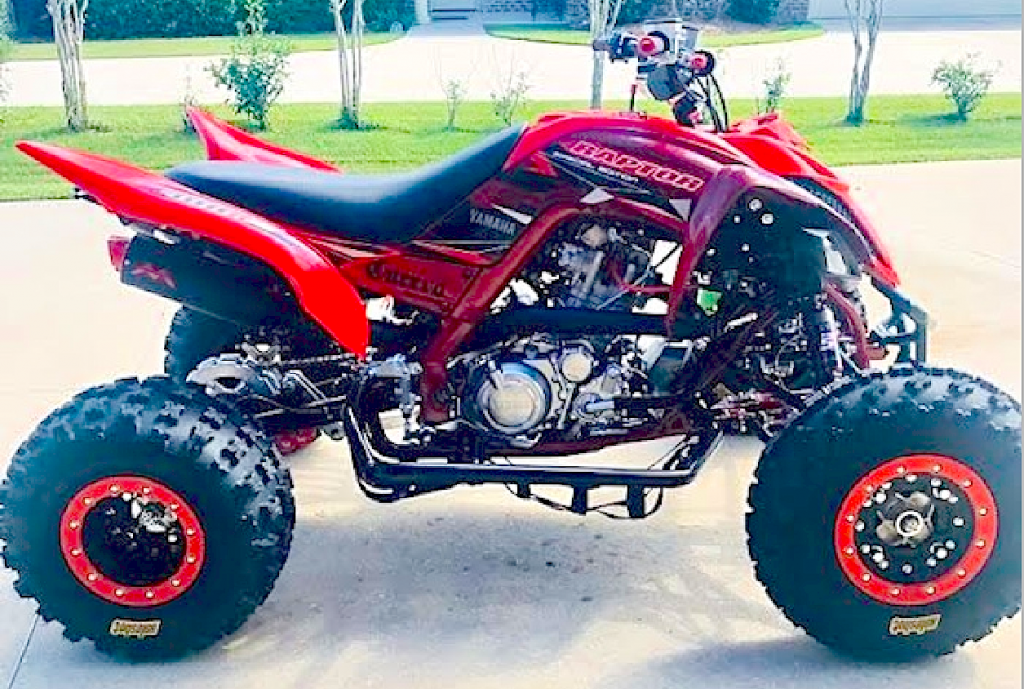 Travis put together this list below of every part his Ragin’ Cajun Raptor has: 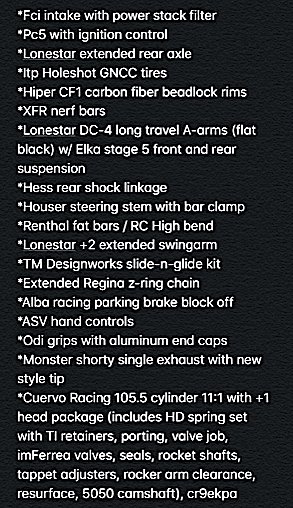 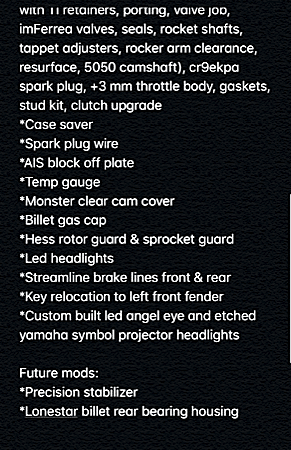 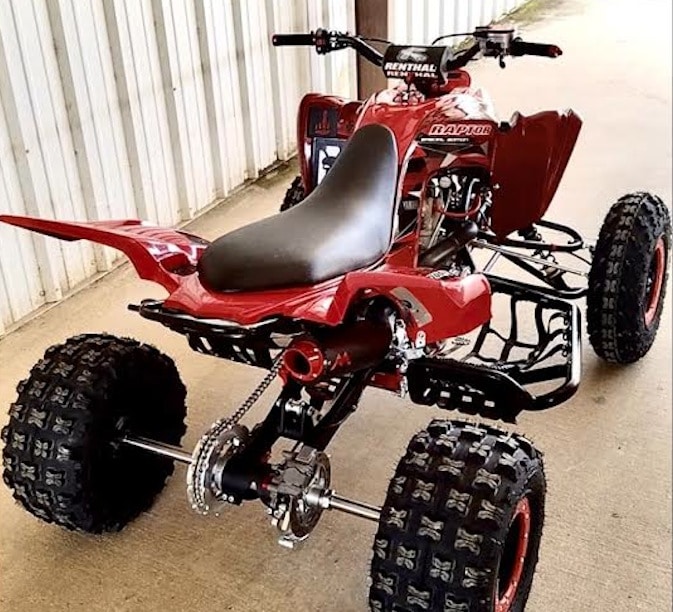 Do you have an ATV or UTV that you want to share with the Dirt Wheels world? Well, all you have to do is send us some good photos and info on it. Make sure to include your name, city & state. 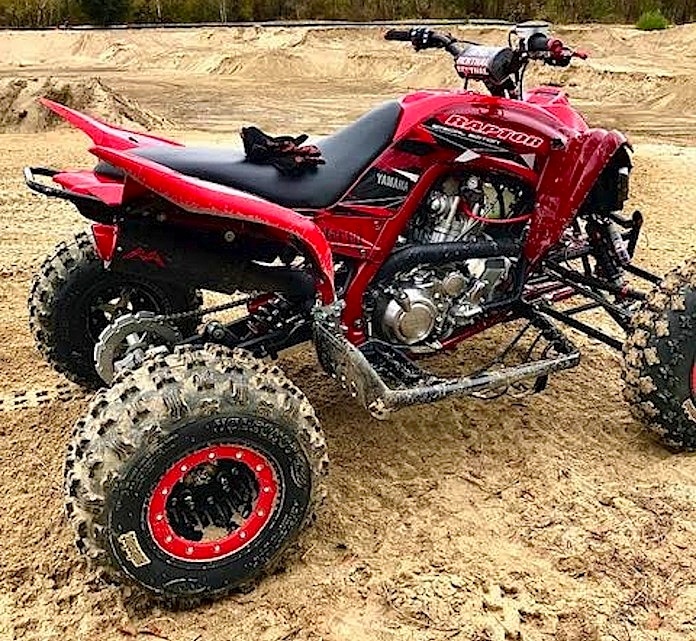