Fifty years ago, mankind accomplished the ultimate off-road odyssey when they landed on the moon.

To honor and celebrate the legends of the Apollo 11 mission, Polaris Industries collaborated with the US Space and Rocket Center (USSRC) in Huntsville, Alabama to create a working replica of the Lunar Rover. As the No. 1 in off-road vehicles, this was the ultimate off-road project for Polaris. 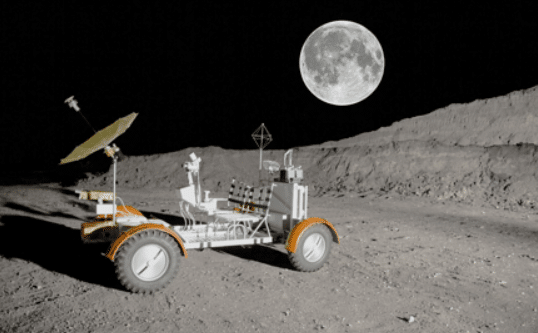 The new Polaris Lunar Rover Replica made its first public debut in Huntsville, Alabama at the USSRC Apollo Celebration Car Show on July 13. The replica brakes accelerate, and have four-wheel Ackermann steering, like the original NASA Lunar Rover Vehicle (LRV). The fenders were fiberglass molded using the original 50-year old molds that produced the parts that are on the moon. The replica, however, is much faster than the original.

The Polaris Lunar Rover Replica encompasses Polaris’ 65-year history through its use of parts from each line of Polaris vehicles: snowmobiles, motorcycles, Slingshots, ATVs, side-by-sides, Electric GEM’s and military vehicles. 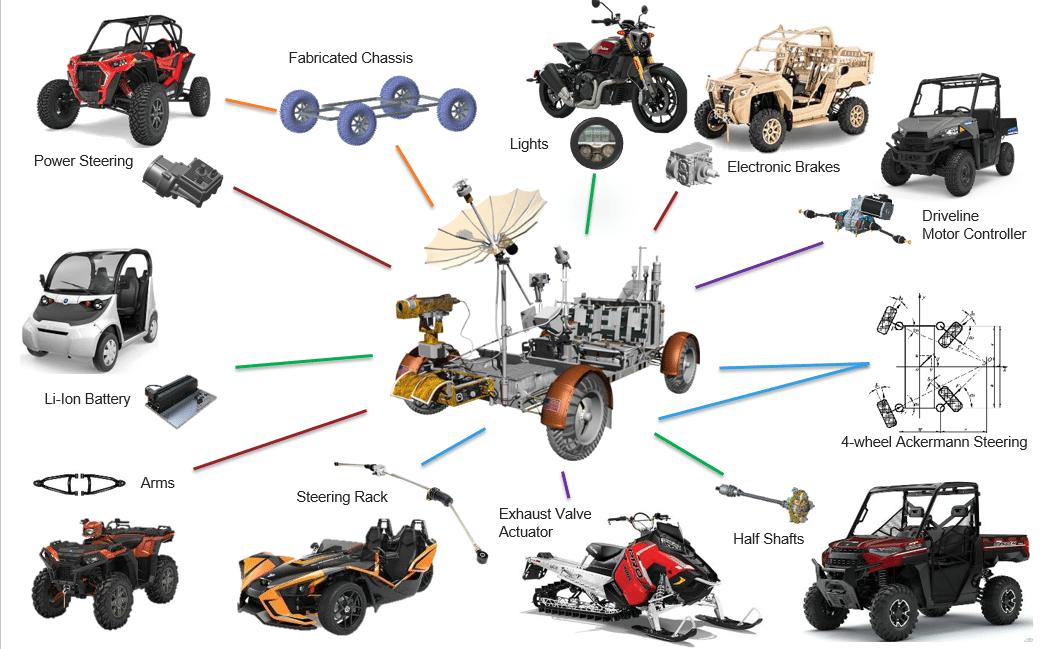 As the nation celebrates the 50-year anniversary of the Apollo 11 mission, the Polaris Lunar Rover Replica is appearing at many events, including: 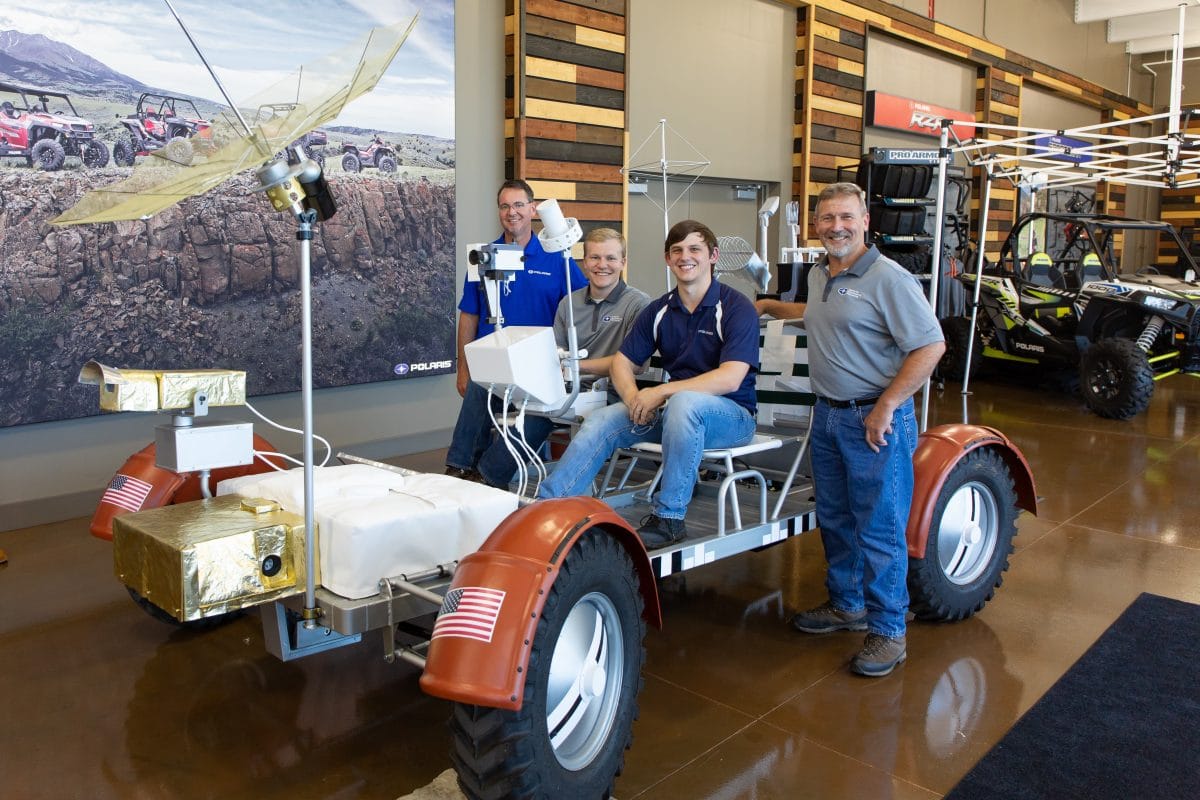 Members from the original LRV crew and a NASA astronaut worked with the Polaris Lunar Rover Replica team on the project from start to finish. Polaris employees volunteered their time to work on the development of the near-exact LRV replica.

“Having the opportunity to honor legends, work with members of the original crew and lend our expertise and technologies to build this Replica has been incredible,” said Bryan Ogle, manager of manufacturing at Polaris. “One of the coolest things was being able to mold the fiberglass fenders using the original 50-year-old molds. And now seeing it in action, riding it, it’s amazing.” 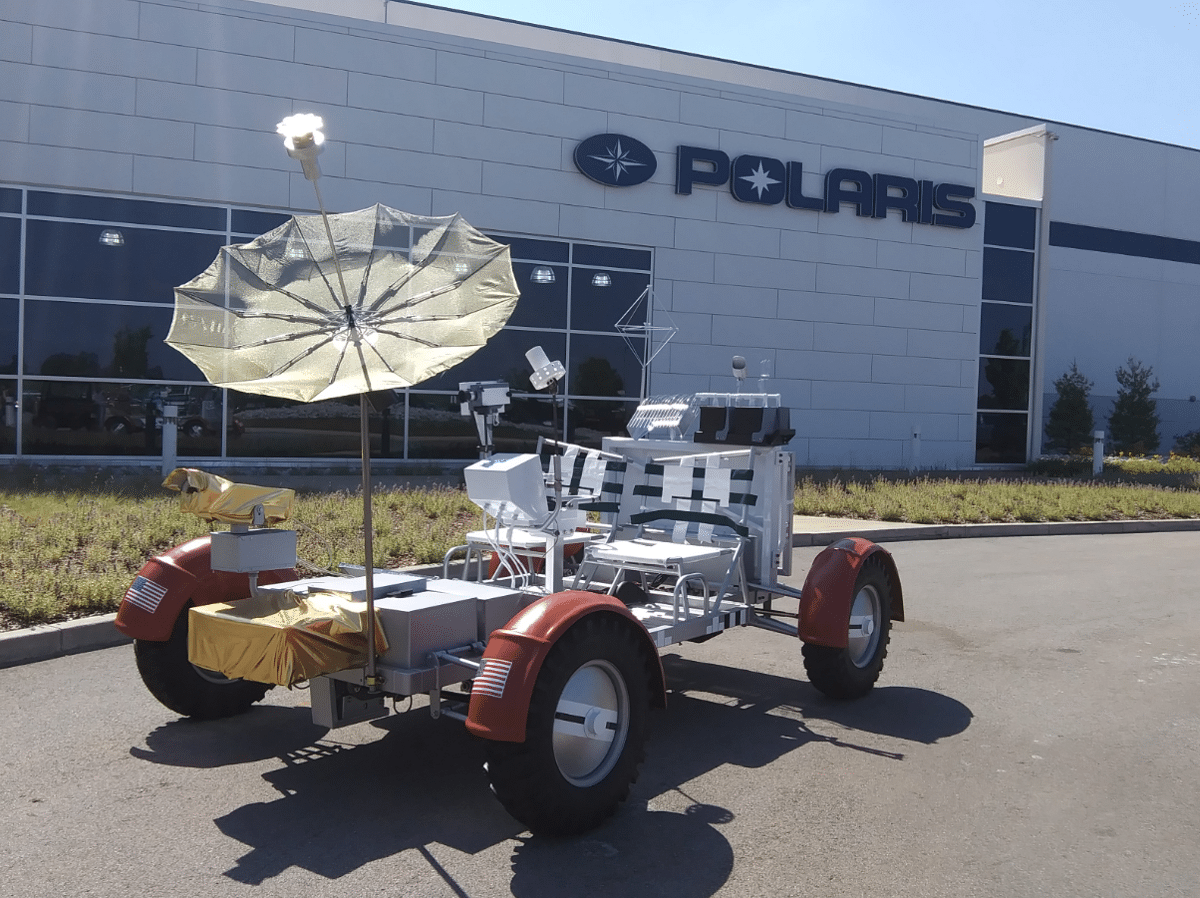 BLAST FROM THE PAST