The event was held at the combined motocross and off-road course southwest of Bakersfield, CA. The track is known for its high speeds as well as its world-class motocross section. The big air and the high speeds were on point as the Pros took on a special section that made for even more fun.

Defending champion Beau Baron took the holeshot and looked to have another victory in hand. However, after he pitted on lap four, Baron pulled onto the motocross section and his bike quit. Sloan, who elected to stay out one more lap found out he had a decent lead and he cruised to the finish. “I was on Beau the whole time just trying to keep him honest,” explained Sloan. “Once I saw him get a little tired, I started pushing. He pitted and I kept going until my pit told me I had a huge lead. So, I put on cruise control from there and avoided any stupid mistakes.” 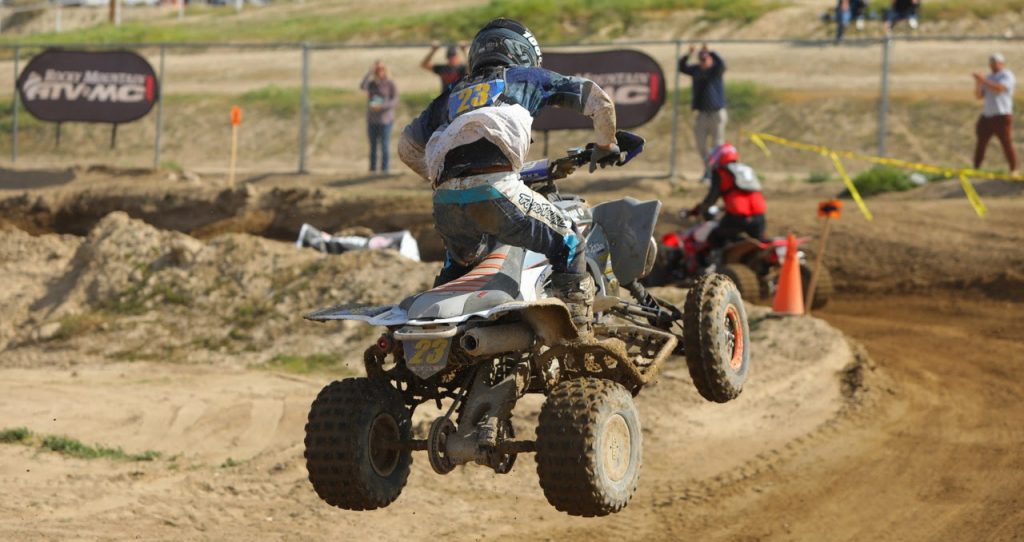 Baron, who won the opening round, was left with his first engine failure in several years. He finished 10th. “I took off out of the motocross section and all of the sudden my bike locked up,” said Baron. “The rod snapped and went through the case. I’ve had really good luck with engines over the last few years and this my first failure in a long time. I’m not sure why it happened so we’ll just try to recover and keep moving.”

Huff used the areas before and after the course’s large step-up to snag second during the race and cruise in for runner-up honors. Huff had a hard crash at this facility last season, so it felt good to get back on the podium. “I had a bad get-off the last time we were here, so it was nice to get some redemption and claim the second spot,” said Huff. “I made a couple of passes going into and coming out of the big step up so there was a lot of action there and it was a lot of fun.”

Damon is better known for his exploits in the dirt bike pro ranks. The WORCS motorcycle regular had heard a lot of trash talk among the two-wheelers, so he decided to see what riding a four-wheeler was all about. Not only did he school himself, but he also ended up snagging the final spot on the podium. “Dirt bikers always think quads are easy and they are definitely gnarly,” said Damon. “I got off to a good start behind Beau and tried to stay with him. I had to watch the people in front of me and I had to learn as I went.” 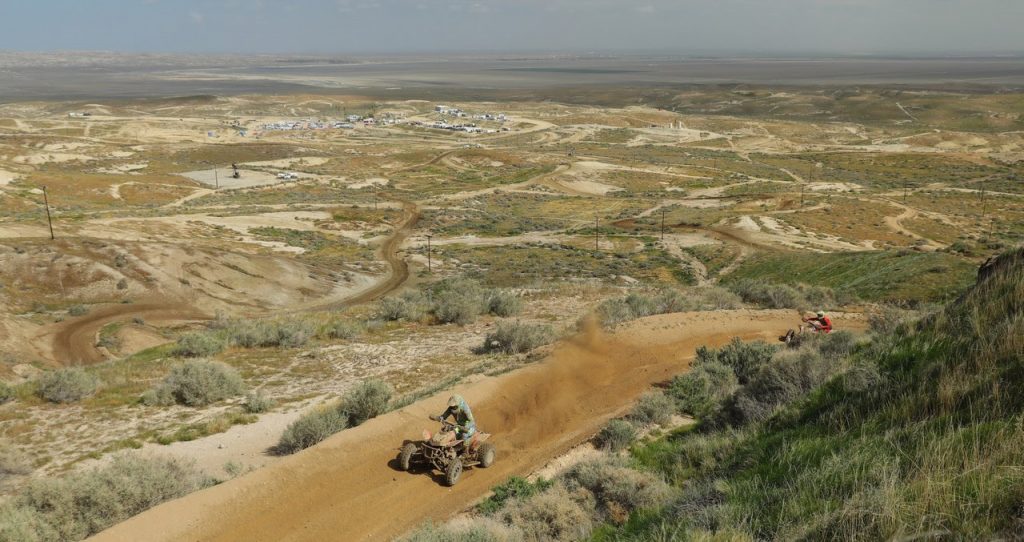 In Pro-Am, 13-year-old Brian Jackson snagged the holeshot and was charging hard early in the race, while Sanford spun at the start. Sanford began his charge from the back and took the lead early, never to surrender it, earning his second consecutive victory in as many races. Tavion Graham was second, ahead of Jared Middlebrooks.

“I spun off the line and I was pretty far back,” said Sanford. “I put my head down and made quick work of it. The Pro section was fun, and it was definitely different.”

Graham was last to make his gate pick and started on the far outside. Proving that reaction time sometimes beats position, he snagged second at the start. Sanford passed him early as did Jackson. Jackson crashed handing the runner-up honors to Graham. “At first I wasn’t sure if I could get a good start because I got the last gate pick,” said Graham. “I was all the way outside and I came out second. I held second until Kenny came flying by. Brian Jackson flew past me and I stuck with him until he had a little get-off and held second to the end.” 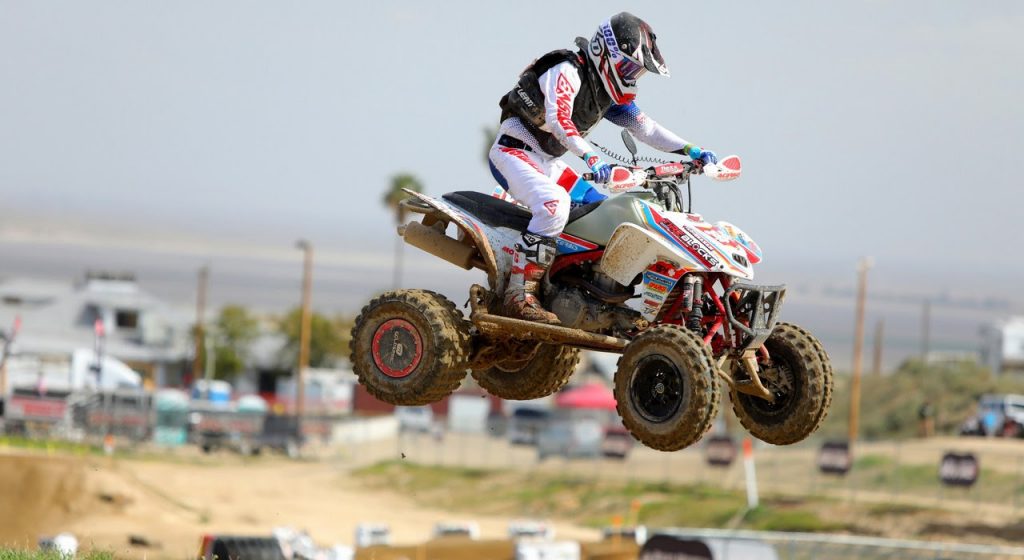 Middlebrooks had a slow start and then crashed on the first lap. Getting it back together, he rebounded and ran fourth for most of the race. He took third on the final lap and cruised it in for his second consecutive podium. “I had a horrible start, so I just put my head down and kept pushing,” said Middlebrooks. “I didn’t make any mistakes at the end and ran past some people that went off the track. I’m definitely excited about it.” 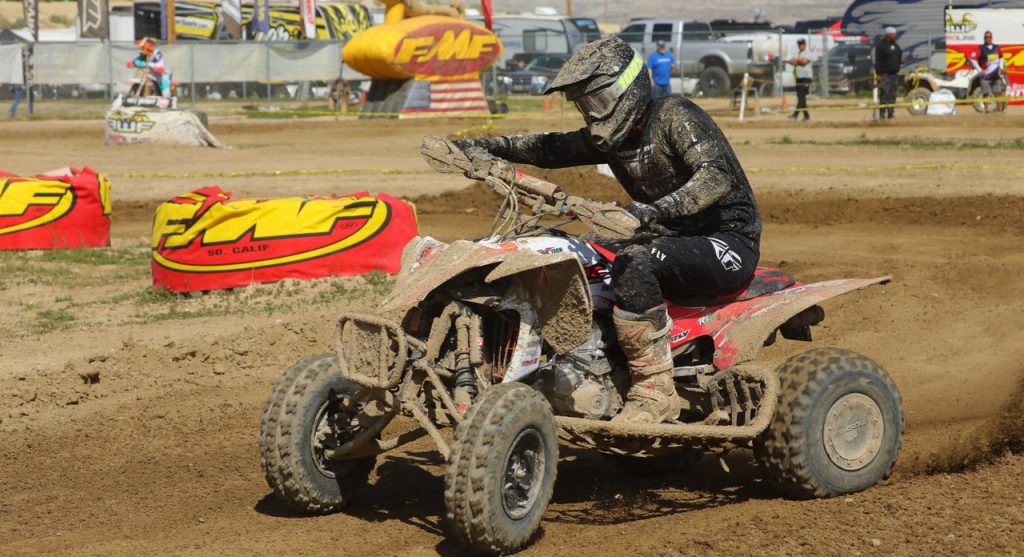 The WORCS ATVs next head to one of WORCS’ most challenging and exciting courses around Lake Havasu in Arizona. That race, a doubleheader, is scheduled for March 13-15

Why the Future of ATVs May Be Electric