Take our 2021 readers survey for a chance to fin free tires and wheels.

We can’t hide the truth. Our beloved sport ATV market has been taken over by roll cage-equipped machines. Do we want to stick our noses up at the UTV market? Of course not! Those machines are a blast to drive and get more people included in our favorite hobby: off-roading.

But, if we are honest, we are very bummed out that the sport ATV market has fallen off the radar of most major manufacturers. In fact, Yamaha is the only remaining major manufacturer that offers a race-ready 450 and a trail-ready 700R straight axle sport quad on the dealer floors today. Honda, Kawasaki, Suzuki, KTM, Can-Am, and Polaris have disbanded their awesome 450 offerings, and you can’t purchase a two-stroke sport ATV anywhere. 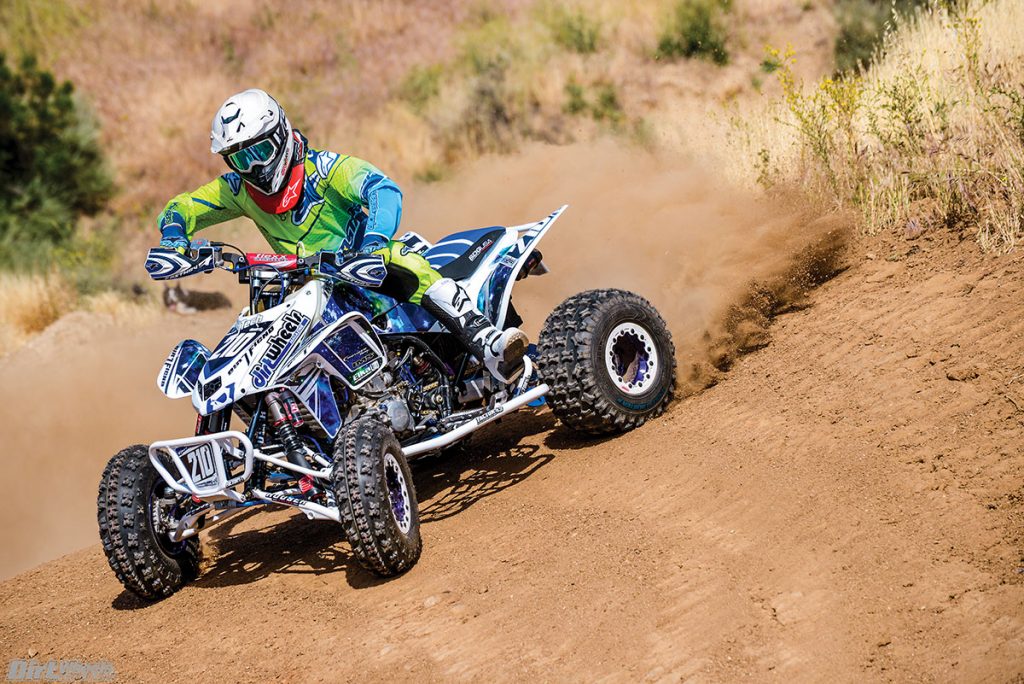 If you take a look at the dirt bike market, two-strokes took a strong back seat to four-strokes when the new technology surpassed the old. However, two-strokes are on the rise again through companies like KTM, Beta, Husky, and Yamaha. Trends tend to travel in circles. This gives us hope that we will get to see some new sport quads grace dealerships in the coming years! It all comes back around right? Let’s just leave ATC’s out of this conversation though. There is far too much red tape involved in off-road trikes to ever see their return.

Back to the Honda TRX450R. Since its inception in 2004, the TRX has sold very well. The iconic TRX250R sold similarly well in the 80s. To this day, the Honda 450 stands on top of podiums around the world with a steel frame and carbureted engine.

Its competition is the Yamaha YFZ450R that is fuel-injected and has an aluminum/steel frame construction. The technology of the Yamaha is certainly more advanced, yet the Honda is still extremely popular. So why hasn’t Honda released a new version in over a decade? 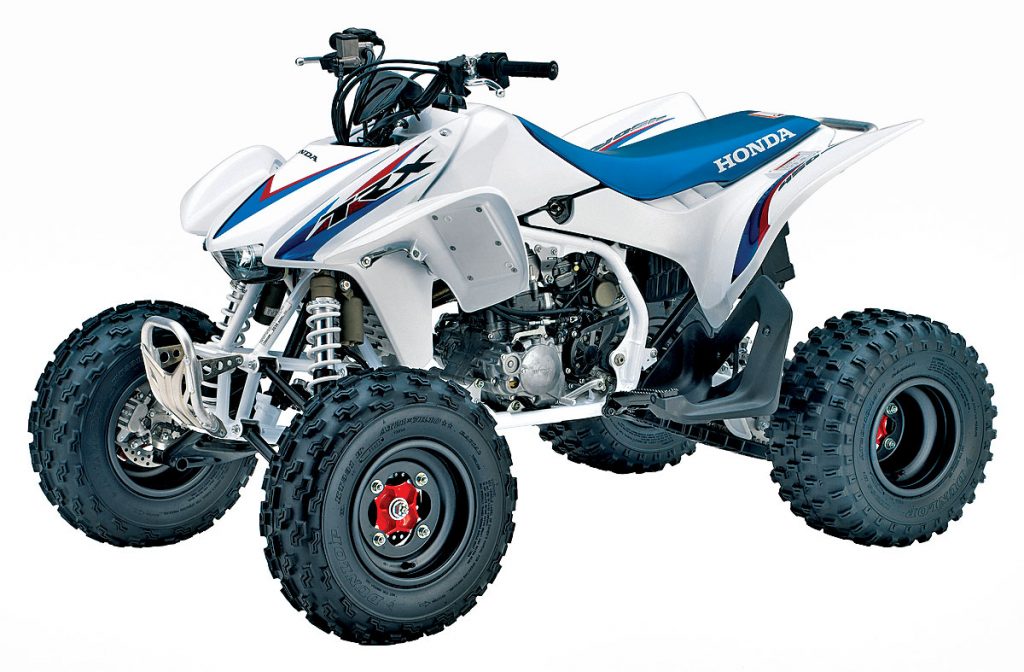 We don’t quite know the answer to that. We have heard rumors that they built prototypes and tested them a few years ago. More recently we heard a rumor that a new sport 450 was to be released with the Honda Talon 1000X and R models, but it never showed. Their TRX400EX line sold very well, as did their TRX250X, and as we stated before, hundreds of thousands of 450s found new homes. What’s the deal Honda?!

We imagine that a new TRX450R would most likely look similar to the 2008 and up Honda TRX400X. Click HERE for the History of the Honda TRX400! They implemented a plastics restyling that remained until its final production run in 2015. It remained on dealer floors longer than the 450R. The plastics are sharp and aggressive looking, and we assume that’s what a new R would look similar to.

Would it come as wide as Yamaha’s current YFZ450R or the Suzuki LT450R? Who knows. It isn’t like Honda doesn’t have worthy fuel-injected power plants to choose from either. In fact, if they stick to their common trail-first worthy characteristics, an engine from the 2020 Honda CRF450L dual-sport dirt bike could be utilized.

Of course, a six-speed transmission might not be a good fit, so that leaves the dual-exhaust CRF450R engine. You could give the quad Selectable Torque Control through fuel-injection mapping changes that give you three power options. The compression ratio would hop up to 13.5:1 compared to the 2015 TRX450R’s 12:1 for more torque which turns into more horsepower. Honda could get away with designing in a larger radiator with a more powerful fan to tackle the extra heat.

We would like to see more suspension travel on a new version. A stock fat bar handlebar with a sweet designed for more aggressive riding would be great, and if Honda would slim the quad in-between the legs that would be welcome. Changing the spindles to a setup that doesn’t push as hard in corners would make a lot of die-hard Honda fans quite happy too.

Unfortunately, we have to leave this all to speculation. We don’t want to be a broken record anymore Honda! Let’s see a new TRX450R!