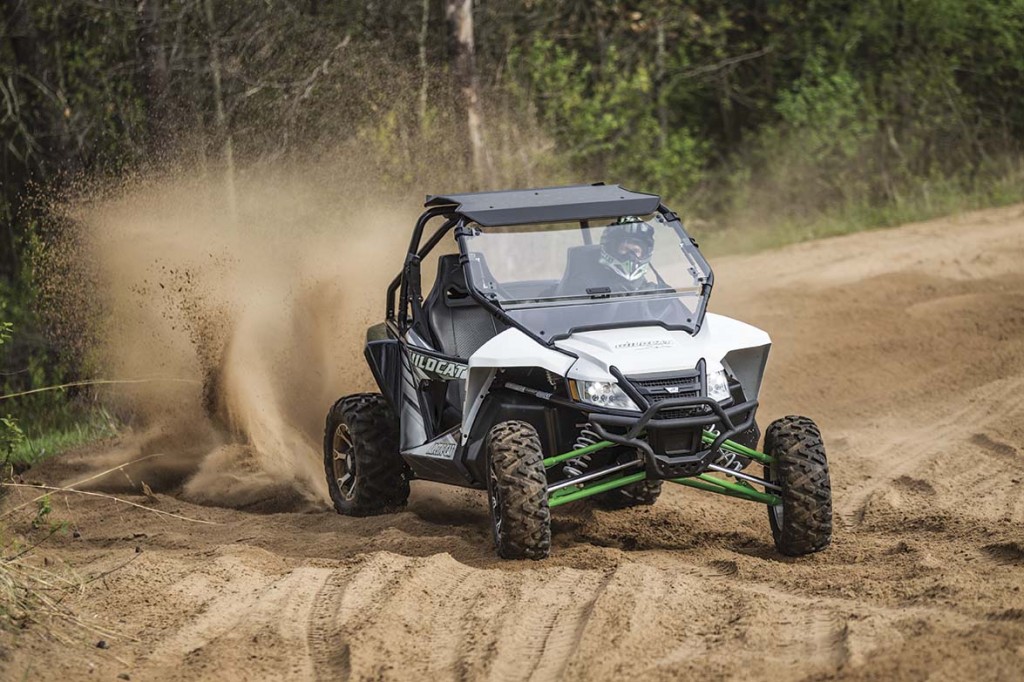 Commented Arctic Cat Chief Marketing Officer Greg Williamson: “Our Stadium Wildcat Side-by-Side Series is a result of our partnership with Robby Gordon and our efforts to solidify Arctic Cat as a major sponsor of racing. Our brand stands for exceptional performance and this series reflects Arctic Cat’s commitment to delivering the ultimate off-road riding experience.”

The first Arctic Cat Stadium SXS Series race will debut at the Sands Sports Super Show in Costa Mesa, Calif., on September 18-20, 2015. The second and final round for 2015 will be held at the Las Vegas Convention Center on November 3-6 during the SEMA show, which is the world’s premier automotive specialty products trade event.

In addition, Arctic Cat will be the proud sponsor of the #29 Team Wildcat Racing Stadium Super Truck for the remainder of this season, and will continue the sponsorship into the 2016 season. Wildcat branding in an eye-catching black and Arctic Cat green color scheme will adorn the #29 Stadium Super Truck.

SPEED Energy Formula Off-Road features identically prepared, high-horsepower trucks that can race on virtually any surface generating speeds of up to 130 mph. Races feature man-made ramps set in strategic locations throughout the course to provide high-flying excitement for thousands of spectators at IndyCar, X Games and other large events. The racing series is televised on NBC and the NBC Sports Network and concludes its 11-race, 2015 season in November at the SEMA Show in Las Vegas.

The Arctic Cat brand is among the most widely recognized and respected in the recreational vehicle industry. The company designs, engineers, manufactures and markets all-terrain vehicles (ATVs), side-by-sides and snowmobiles, in addition to related parts, garments and accessories under the Arctic Cat® and Motorfist® brand names. Arctic Cat Inc. is headquartered in Minneapolis, Minnesota. Its common stock is traded on the NASDAQ Global Select Market under the ticker symbol “ACAT.” More information about Arctic Cat and its products is available at www.arcticcat.com.

The Heat of WORCS Racing Round 6!