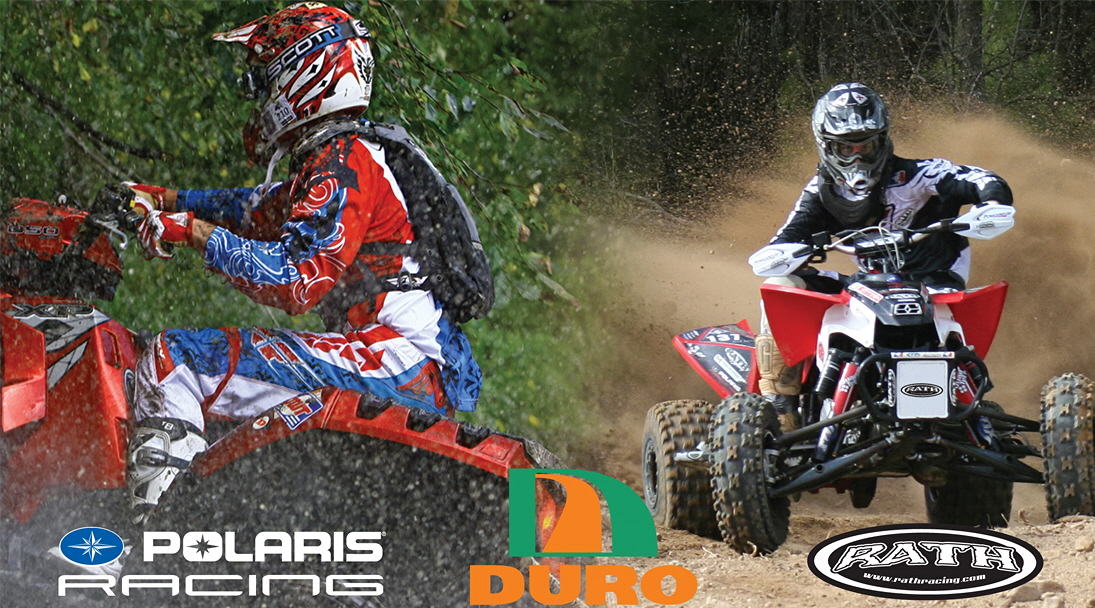 April 9, 2009 Hutchinson MN – When Polaris decided they wanted to go racing, it was agreed to go racing! On any given weekend, you will find the Polaris/Rath team successfully tearing up multiple race tracks, in multiple locations.  This past weekend was spent racing the GNCC in South Carolina, the ATVA MX National in Kentucky, and the Southern ATVA TT in North Carolina. 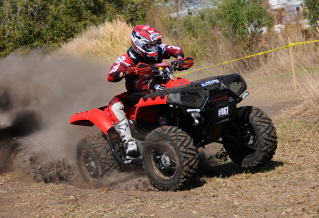 The weekend started off Saturday morning with the cross country team at the Rd 4 Big Buck GNCC Event in Union SC. Daryl Rath, Frank Batista and Cody Anderson have been working hard putting the new Sportsman 850XP in front of the pack. The Sportsman 850XP may be new to the circuit this season but it has shown it is right at home in the highly competitive Utility 4×4 Class. Riding on the momentum Rath and Batista continued to finish in the top five of the class. Anderson had some impressive lap times and was eyeing a top spot as well when an unfortunate mishap set him back to a sixth place finish. This was the fourth round in the GNCC Series and all three teammates find themselves in the top five of their respective classes in the overall points standings.

Saturday afternoon, the Motocross team hit the track for practice at Ballance MX Park in Bowling Green, KY. Mitch Reynolds #137 and Landon Hurst #179 are piloting the all-new Polaris Outlaw 450MXR in the Pro and the Pro Am classes. Both riders have been working at getting comfortable on the new machine, along with doing some adjustments to set-up to suit their riding styles. Hurst commented, “I am very happy with how the bike is responding to some of the changes the team has made. The improved cornering and handling in rough terrain has allowed me to run some pretty fast lap times.  I am really looking forward to Birch Creek.” 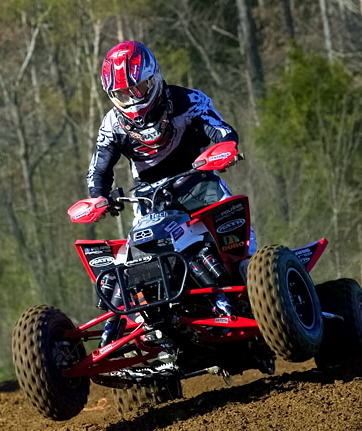 In Pro –Am Production Hurst was able to claim a ninth place finish and Moto 1 and was anxious to make a few changes and head back to the line. As he charged from the starting pad he was busy working his way through traffic and had settled into a fifth place position. Two laps to go and a minor crash with another rider caused Hurst to be knocked from the bike, shaking the dirt off and remounting his ride he pushed on to the finish line.

Mitch Reynolds qualified for the main for the first time is his rookie season as a Pro rider. The weekend turned Mitch upside down when an extremely rough spot on the track sent him tumbling in Moto 1. With determination and guts, Mitch headed back to the starting gate for Moto 2 and rode a flawless race from start to checkers. The challenges of being a rookie rider on a brand new bike has been testing Reynolds, but his talent and skills will drive him to continue to work hard.

Rath and Batista who were both absent from the ATVA Extreme Dirt Track Series last season have been busy building Outlaw “Rockets” as they are anxious to return to this fast paced thrilling form of racing. Batista was the first to unveil his machine this past weekend at the Southern ATVA TT Series. With a successful first outing, it looks as though they will be ready when the Nationals start at the end of May. Batista claimed second place in both Pro classes, at Robbins Ridge Raceway, NC.

WANT TO IMPROVE YOUR RIDING SKILLS?