“On the heels of a very successful San Felipe 250 it was really important for our team to continue to reiterate the dominance of the RZR platform when it comes to racing,” said Brett Carpenter, Manager of RZR Factory Racing. “We’re so happy to have Branden Sims back down in Baja proving yet again what he’s capable of. Just an incredible effort by Branden and the entire Factory RZR team.”

Cayden MacCachren of Jagged X Racing came off of the starting first after their win in San Felipe, followed by Wes Miller in 3rd, Jamie Kirkpatrick in 5th, and 27 other races ready to chase them to the finish. Cayden maintained a strong pace before handing driving duties over to Brandon Schueler to drive the last 200 miles. Schueler would take the #2919 to the finish capturing a 3rd place and the team’s second consecutive podium finish.

Starting in the 28th position in the Pro UTV Forced Induction class was Branden Sims, who returned to Baja for the first time in over two years. He would have his work cut out for him with nearly the entire class starting ahead of him. Sims would pass his way up to the 3rd position physically with 100 miles remaining. 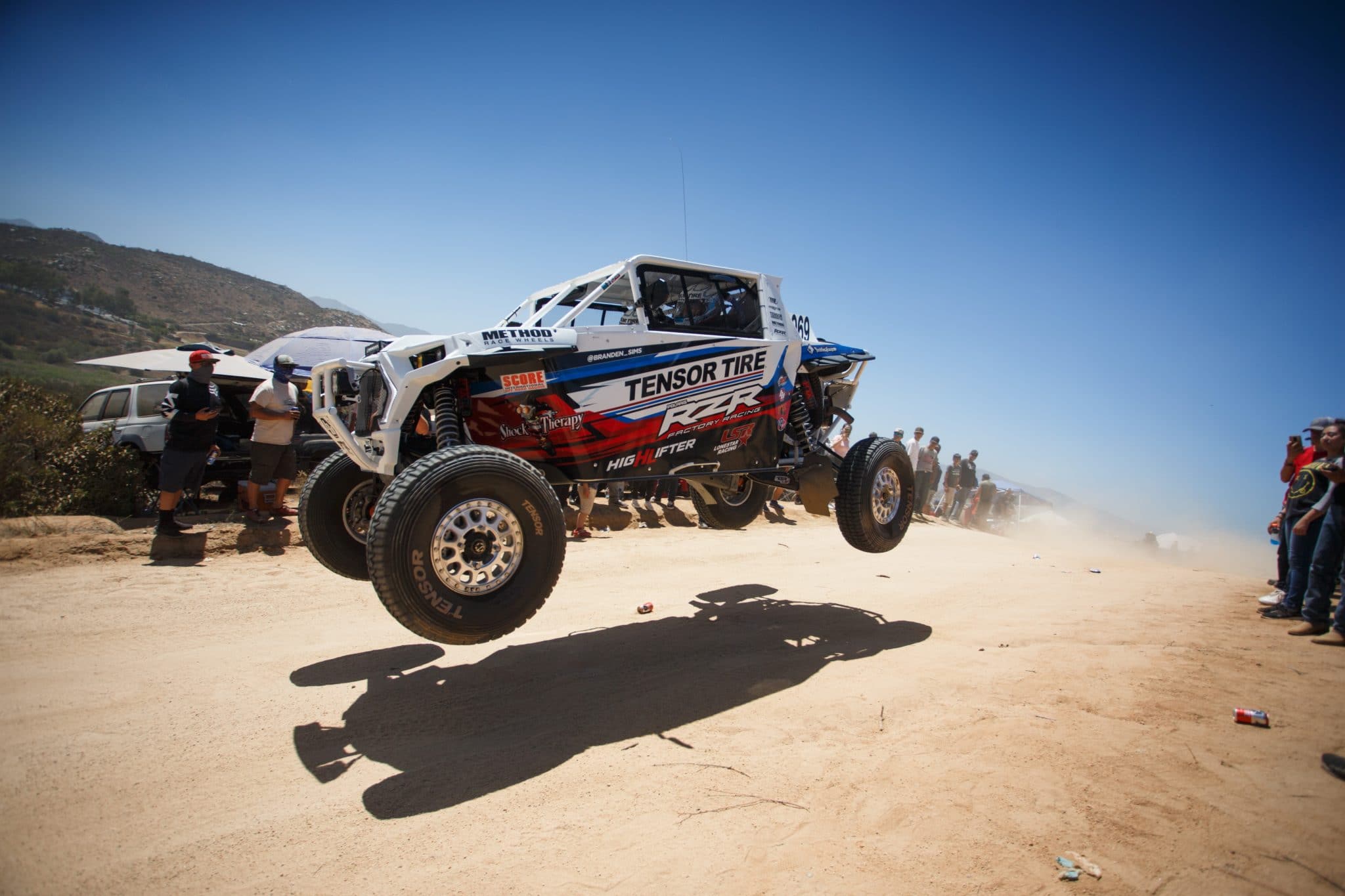 After battling the toughest terrain in Baja, miles of silt bed, and bottlenecks of stuck and broken race vehicles scattered throughout the course, Branden Sims and co-driver, Skyler Howell, made a race saving repair after a minor setback only 30 miles from the finish, and were able to hold the third spot physically and take the Pro Forced Induction and Overall UTV win on a corrected time of 12:53:15, winning by nearly 4 minutes.

Kristen Matlock returned to defend her 2020 Pro UTV Naturally Aspirated and Overall UTV win, alongside Kaden Wells, the perennial podium contender. Dodge Poelman started the race on the pole, with Wells in second, and Matlock in the 10th position. It didn’t take long for the positions to shuffle as the carnage unfolded on the race course. Unfortunately for Poelman and Matlock, Baja wouldn’t be so easy this time around.

Kaden Wells was able to move into 1st place physically at RM70. Working through his own setbacks, Wells would push through the logjam bottleneck which collected a number of competitors in-class. However, a double flat tire at RM 235 in the middle of a battle with 2nd and 3rd place made things interesting. Wells would hold 1st position physically all the way to the finish and captured the class win with a time of 13:24:53. Adrian Orellana would take 3rd place in his RZR XP1000. 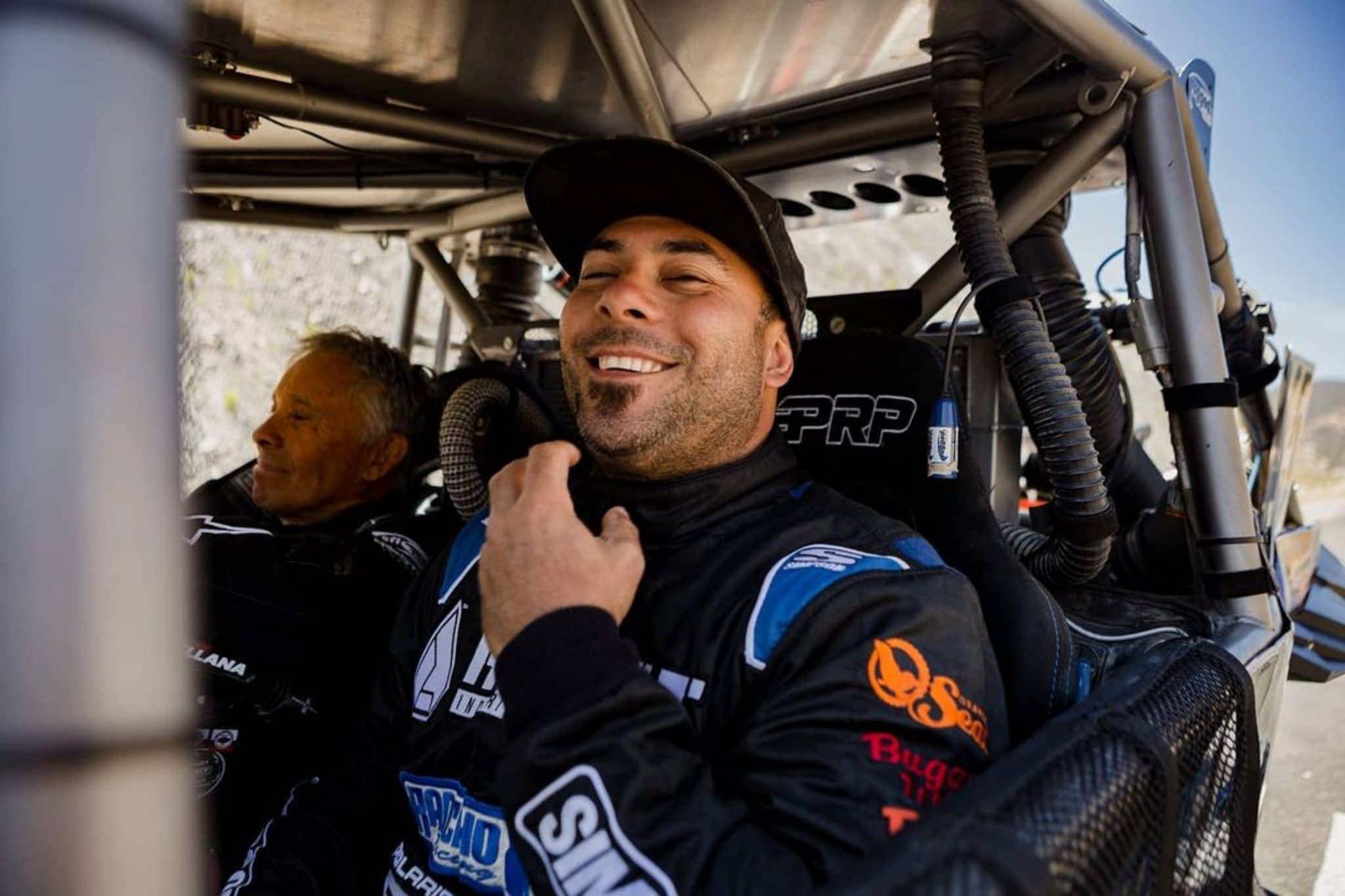 Coming off a San Felipe 250 win in the Pro Stock class, Mike Cafro was ready to go for a repeat. The Blackhills UTV-prepped Turbo S4 was on rails all day. Battling with fellow RZR racers Scott Trafton and James Hill throughout the 460 miles, Cafro was able to maintain the lead throughout the entire race to take his second consecutive Pro Stock class win and an impressive 10th place overall UTV. Scott Trafton would finish in 3rd place.

Polaris RZR Factory Racing will be back in action at Crandon International Raceway for rounds 3-4 of the Championship Off-Road series, held in Crandon, Wisconsin on June 26-27.

POLARIS TELLS YOU WHAT TOOLS & SUPPLIES TO CARRY ON THE TRAIL