The patents on the 2 and 3 ton big wheel jacks have been approved. Improvements are new seals, improved bearings, all steel extension and extension mount for improved strength. We have seen some of the aluminum extension mounts bend on the 3 ton so we have switched that part to steel on ALL jacks. The 3 ton gets a steel extension as well. In addition to improving the performance, we also listened to our customers and made the jack a little sleeker looking by switching to a gloss black powder coat and gunmetal gray accents. Most importantly we updated the wheel color to all black as well. This is our best design yet! 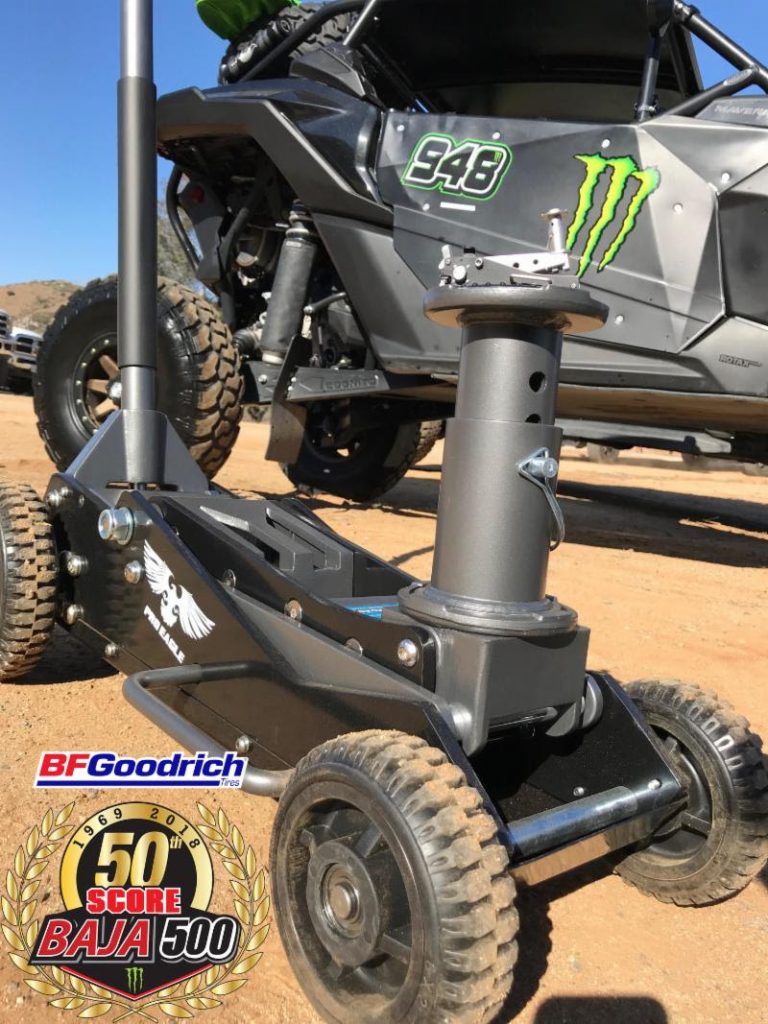 The past few months we have been busy! We have been travelling all over America to all the major Motorsports events and races. Not only are we committed to exposing our products to the industries that will benefit most from them, but also seeing our product in action. Races give us the chance to see our jacks put to the test in the most extreme conditions. From Florida to Baja, our jacks have been put to the test the last few months!

The 50th anniversary of the Baja 500 was nothing short of epic. It was the longest Baja 500 to date and saw a finishing ratio of only 58%. Vehicles from Trophy Trucks to stock VW Beatles lined up on the start line to take their chance at making history by winning or finishing this historic event. Many of those race vehicles were equipped with Pro Eagle jacks and as well as thousands of support vehicles and crews equipped with Pro Eagles’. It is always bitter sweet being at events like this and seeing our jacks being put to use. We would love to see teams and racers have huge success and never have a need for our jacks, however in off road racing a trouble free race is a rarity. When problems arise, we remain the tool of choice.

The Silver State 300 was an epic event for Pro Eagle as it was the first event following the new improvements on the 3 ton jacks. Many teams had ordered the 3 ton and were waiting for the new improved versions to arrive on their doorsteps just in time to head out to be put to work in the dirt. The new colors were a huge hit and the jacks performed flawless for those teams that needed to put them to work. We always hate to see broken vehicles that need our jacks to aid in repairs but we pride ourselves in being the go to product that teams trust. 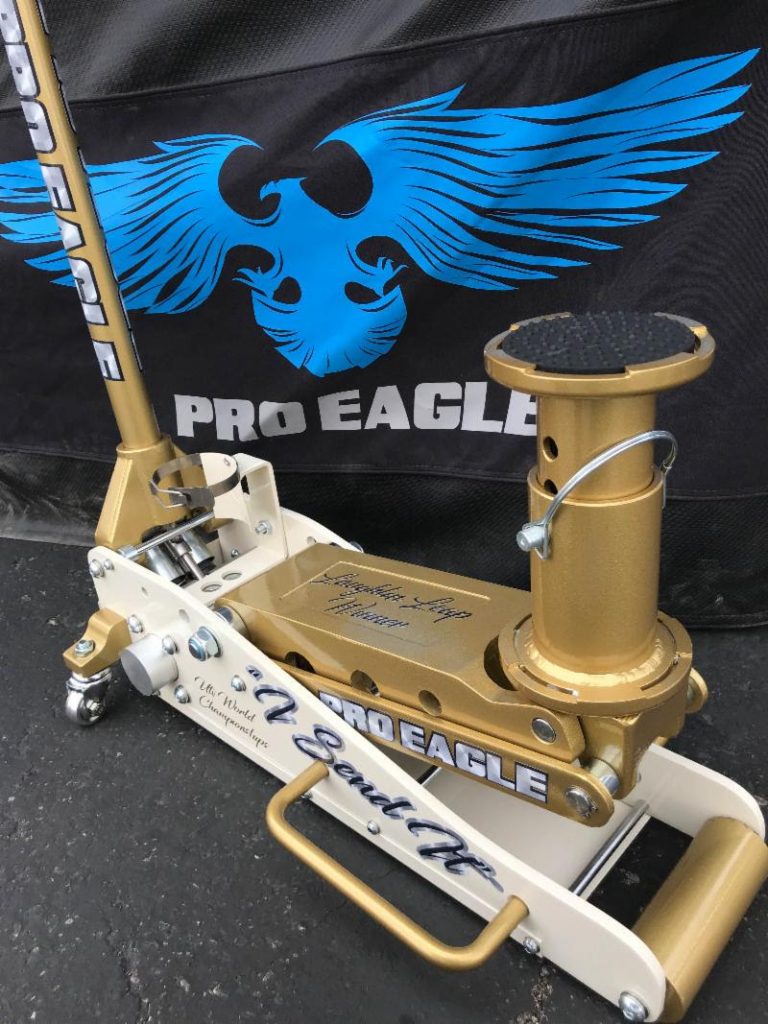 Pro Eagle was asked by Joey D from UTV Underground to provide jacks for the Pit Crew Competition as well as a custom jack for the winner of the Laughlin Leap. 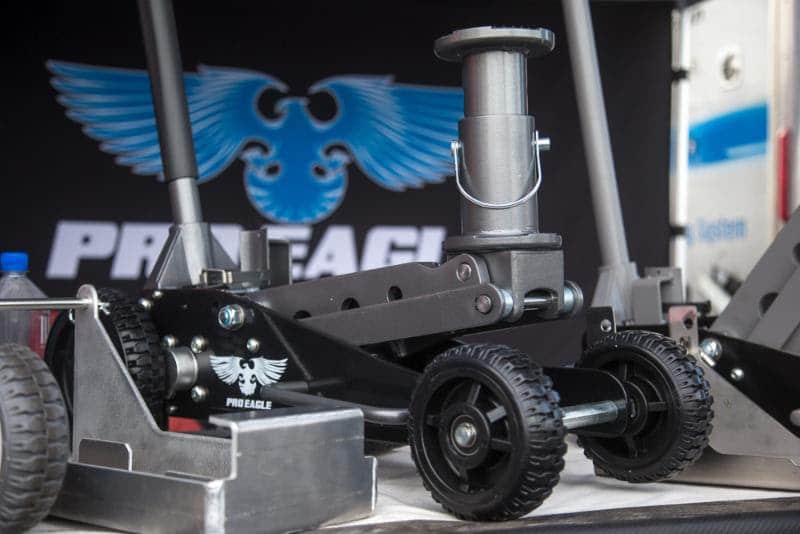 Check Out The New Design!