New shape and DOT-rated By the staff of Dirt Wheels 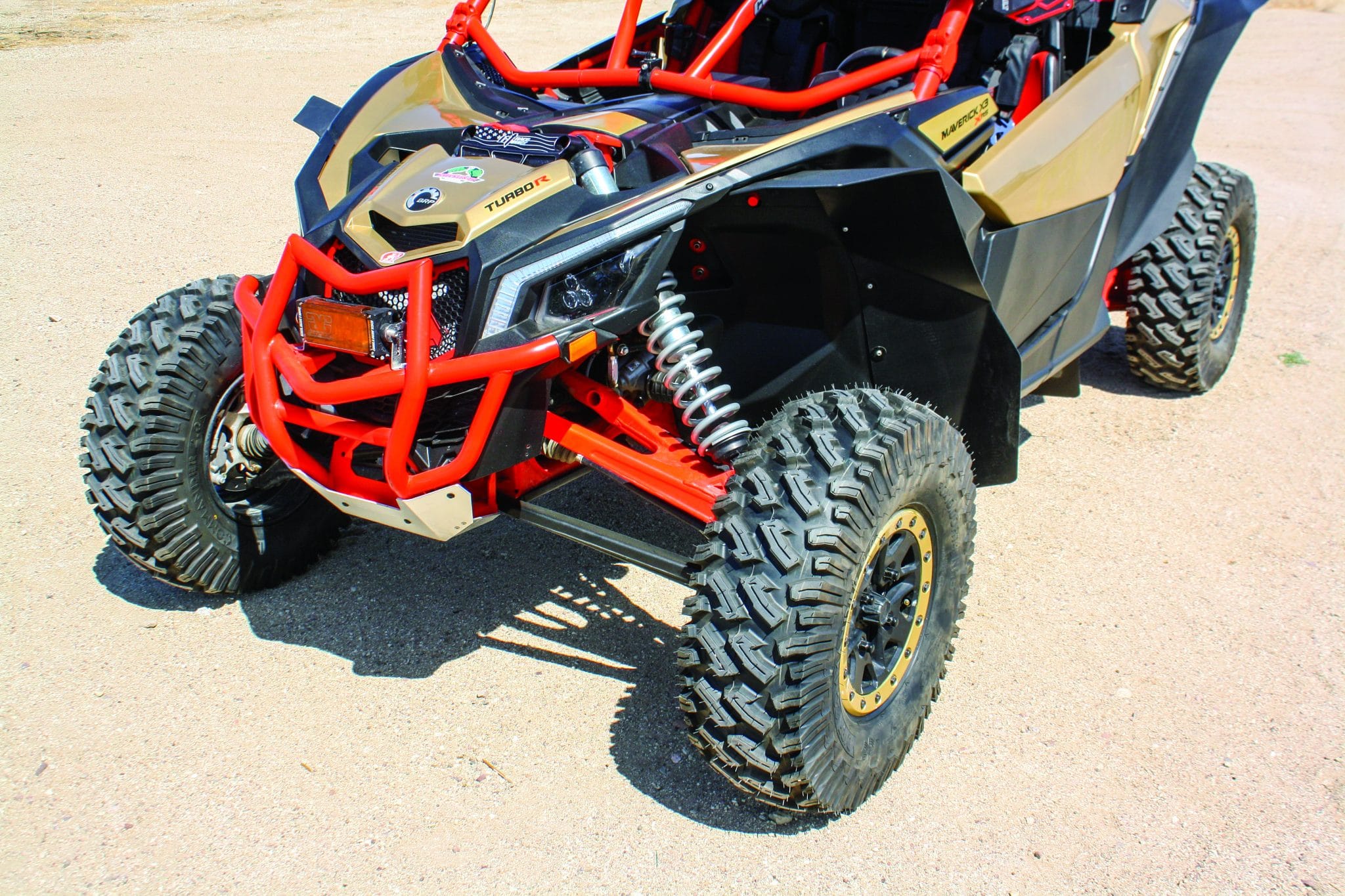 We first took note of the Dirt Commander on the Polaris General, and we liked the performance. It shared many traits with our favorite sorts of 4×4 tires, but with added load capacity and 8-ply flat resistance. Now that the Dirt Commander 2.0 is here, we were eager to see how it stacks up. We tested the 30×10-14 radial tires on an early Can-Am Maverick X3 with long travel and the 72-inch track width. We mounted the tires on the stock Can-Am rims. This car came stock with 30-inch tires.

Radial tires offer a supple ride character, so a lot of UTV owners shop for them specifically. Rather than merely relying on large, solid tread blocks, the Dirt Commander has grooves in the top surface of the tread lugs that supply additional traction-grabbing edges. Like many popular UTV tires, the tread blocks wrap around the side of the tire to both protect the sidewalls and provide traction in ruts. GBC’s Dirt Commander 2.0 line currently starts at 28X10-14 tires and extends to 35×10-15. Our 30-inch Dirt Commander 2.0s run $284.95.

The testing area was in the high desert of Southern California. The terrain was average for desert consisting of the usual sand washes, hard-packed trails with loose top-soil and some nasty, rocky trails with sharp-edged rocks that love to eat sidewalls for lunch. We had no wet dirt to work with. We ran 17 psi in the front tires and 18 psi in the rear.

In every category of tire performance we felt the tires worked at least well, but in most cases they were excellent. They turn, stop and accelerate well in sand or on hardpack. They were better on clean, hard surfaces than on hard surfaces with loose soil on top. It was nice to have a tire that cooperated in the sand and on hardpack. Ride quality at low speeds isn’t perfect, but at higher speeds and a better pace they felt fine. Lower tire pressures would have helped, but we never questioned the tire’s ability to take an impact at the pressure we used.

For any general use we are most impressed with the Dirt Commander 2.0 and would recommend them. Despite tough terrain we didn’t see even a hint of a cut or punctured tire. Judging by the sizes, it seems that the 2.0 was developed for fast, heavy cars that benefit from the increased load capacity. We always liked the way the rounded profile of the original Dirt Commander worked, and we worried that the 2.0’s square edges might catch and try to stand the X3 up, but that didn’t happen. The toughness and performance make these tires worth the cost. Visit their website at www.gbcmotorsports.com for more info.