— A sport quad tire from the traction company, By the staff of Dirt Wheels —

When you think of drag racing, TT racing or flat track, there is one company that has stood out for many years—Hoosier Racing Tire. Hoosier’s roots go back to the early 1950s when Bob Newton started to re-tread street tires with softer rubber compounds so his car would hook up better on the asphalt tracks he raced on. The business started in an abandoned horse barn in South Bend, Indiana, selling tires to local racers. The name Hoosier reflects Bob’s racing roots on Midwest short tracks.

Flash-forward to today and Hoosier is one of the most used tires in racing, and that includes the ATV segment. TT racers in general have a huge Hoosier following, because they have intense blue-groove dirt-track traction.

Now, Hoosier has come out with the MX150 ATV motocross tire. With the MX150’s growing success, they knew they needed an answer for the XC riders, and XC200 tires were born.

The XC200 is a brainchild with DNA from both the popular TT tires and the MX150 motocross tire. The XC200 is offered in the favored OEM direct-replacement sizes of the 21×7-10 front and 20×11-9 rear. They are made with a propriety blend of soft rubber compounds. The lugs are cut down the center on the front and rear tires to provide clean-outs on muddy trails. The lug placement was designed for the best traction possible in any terrain. 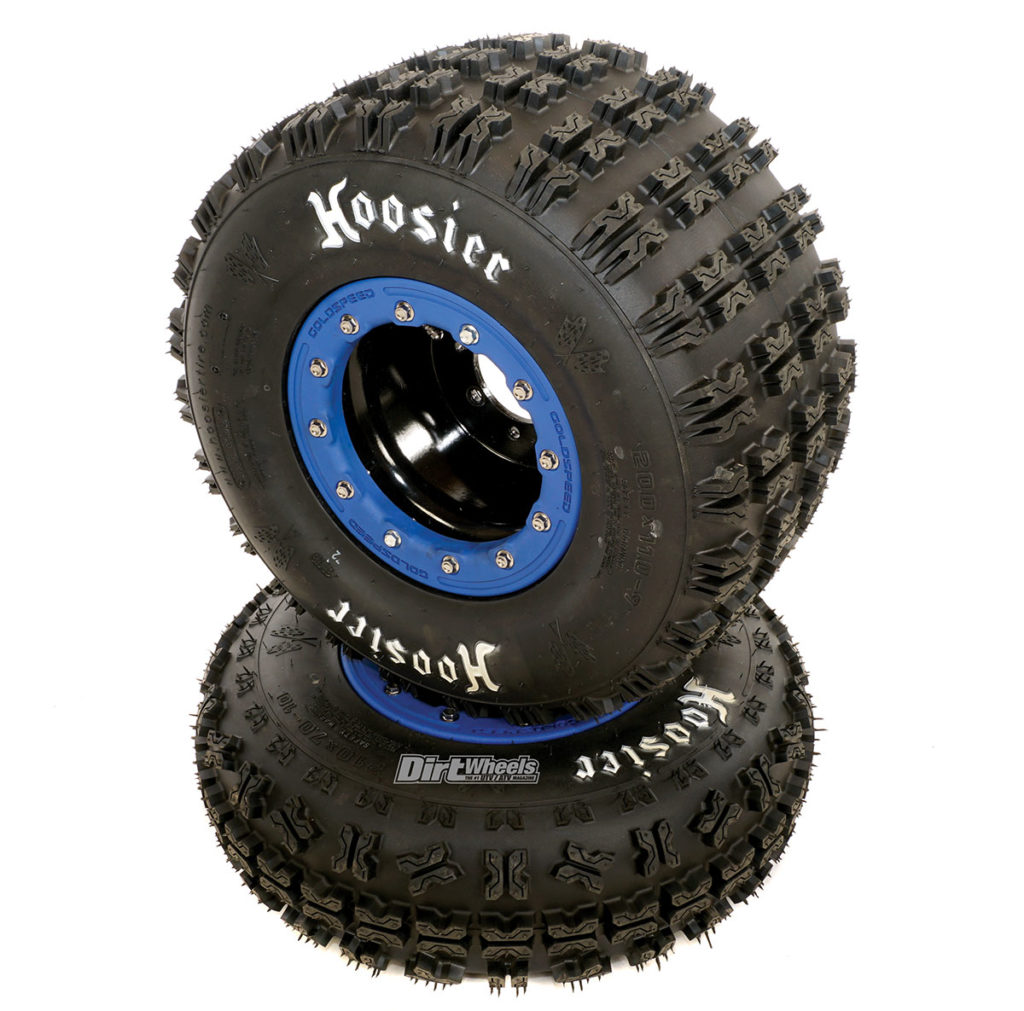 We mounted the XC200 tires on a set of Goldspeed beadlock wheels. We were immediately blown away how light the setup was. They felt more like the weight of a two-ply MX tire and wheel setup! This made us a bit worried about punctures at first. We could also easily manipulate the lugs by grabbing them and moving them around like a piece of gum. That’s not a bad thing; we knew we were in for some great traction.

The XC200 gave the Honda TRX450R test machine immense acceleration traction. We became very confident with the tires on treacherous switchback roads at speed.
The soft compound allowed the tires to flex properly in the corners and regain grip upon exit. Hoosier’s extra traction helped us hasten our path through rocks and on uphill jaunts.

In the initial testing, we rode for roughly five hours on the XC200 tires. The traction is unreal, and we didn’t have one flat. One thing we would like to see changed is a stiffer lug option. After five hours, the lugs were starting to wear. However, these tires are for anyone looking to get the most traction. Racers, you will absolutely love the XC200s! To give them a shot, visit www.hoosiertire.com or call (574) 784-3152.

In Case You Missed It: KoH