q In the past few years oil companies have been adding corn-based, environmentally friendly ethanol into the gasoline we buy at the pump. Typically, the final mixture is 10 percent ethanol and 90 percent gasoline. There is also a fuel known as E85 or “flex fuel.” This product has 85 percent ethanol and 15 percent gasoline. Major automakers are even building entire lines of cars and trucks specifically designed to run on this fuel.

On the good side, ethanol produces more power than standard pump gas. We have tested several high-performance quads that run on E85 and they are fast. In fact, it is getting so popular now that every team in NASCAR uses ethanol-based race fuel.

On the downside, ethanol can cause problems in your fuel system. Ethanol doesn’t have the same water-dissipating properties as standard gasoline, so this means that corrosion occurs more frequently in your fuel system—especially if you ride or live in wet or humid climates. If you don’t ride your machine on a regular basis, corrosion can build up and then circulate through your fuel system and clog tiny passageways in your carburetor or EFI system. Furthermore, when fuel sits at the bottom of your tank, fuel line or float bowl, it slowly gels or thickens, further reducing the efficency of your machine. We have found that the smaller the vehicle you have, the bigger the problems that can occur.

To try and combat any problems in our fleet of new and used ATVs, we have been testing a fuel-treatment product by Star Tron. Star Tron claims that their enzyme-based liquid treatment modifies how gasoline and diesel fuels burn, resulting in a more complete and uniform combustion with reduced engine emissions. This same enzyme package breaks down fuel sludge and allows water to be dispersed throughout the fuel, as the sub-micron-sized droplets can be eliminated as the engine operates, while also cleaning the entire fuel-delivery system.

According to Star Tron, contaminants are either safely burned off or filtered out, and fuel chemistry is stabilized for long-term storage. Furthermore, Star Tron can be mixed with any fuel treatment that may already be in use; there is no possibility of any negative chemical interaction. Because Star Tron is pure fuel, it cannot be overdosed. It is formulated for use in all two- and four-cycle gasoline engines and in all diesel engines.

We do have a huge fleet of test quads, and unfortunately we can’t ride them all on a regular basis, so some do sit unused for a long period of time. For the past six months or so we have been putting Star Tron in some of those machines to see how it works. It only takes about an ounce of Start Tron to treat 5 gallons. You simply dump the bottle in the fuel tank and you’re done. For the best results, you want to let your engine run for a few minutes with the treatment in before beginning long-term storage. Star Tron is packaged in bottles as small as 1 ounce ($2) all the way up to 1 gallon ($99), or even a 5-gallon jug for the diesel treatment.

The two engines we have the most problems with are an old utility quad that we used to tow a mower behind and the generator in our toy hauler. We put a dose of Star Tron in the mower engine as well. These engines sit and don’t get much use during the cold winter months, so from time to time we have to clean their carburetors and occasionally change the clogged fuel lines.

A 1-ounce bottle treated them all before we stored them at the beginning of last winter. This spring we were able to put Star Tron to the test and were very impressed with the results. So far, since these engines have been up and running, we have not had any issues. All of them started up this spring easily and have been running strong all season. In fact, the generator actually seems to start quicker and doesn’t suffer from a rough idle anymore.

If the Star Tron fuel stabilizer keeps working this well, we will consider it cheap insurance. Nothing ruins our day faster than a machine that won’t start when we need it to. We have now ordered up 2 gallons of Star Tron so we can add it to all of our ATVs and tow vehicles. If you are considering doing the same, Star Tron can be purchased at big-box stores like Walmart and Gander Mountain, or at most local ATV and boat accessory shops. Go online to www.startron.com to find your closest dealer. q 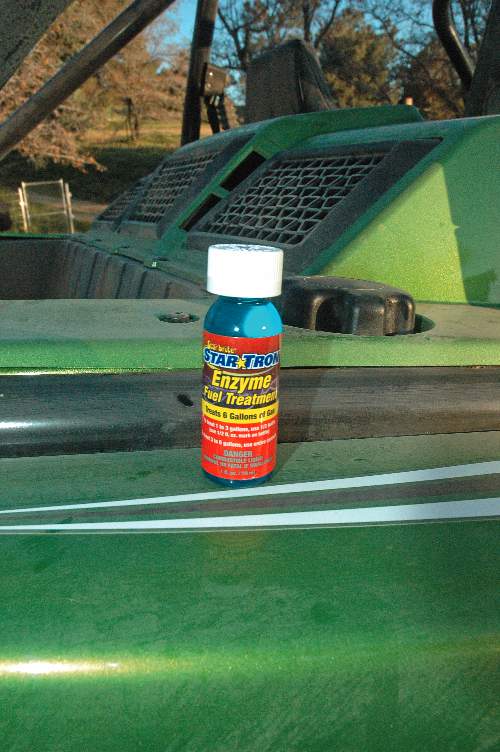 Star Tron fuel treatment is available in 1-ounce bottles as a two-pack. We carry them on long rides, especially if we think we are stopping for gas. Some stations in the middle of nowhere may have old gas that is questionable. 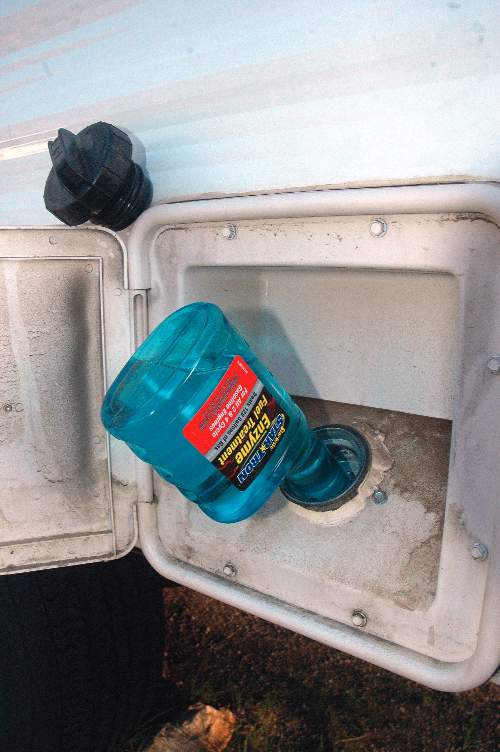 The Dirt Wheels Rage’N toy hauler has a 40-gallon fuel station that we regularly use to fill test quads from. If we treat the gas when we fill it up, there are no worries of the gas being contaminated when we get around to using it later.
Share FacebookTwitterReddItEmailWhatsAppPinterestGoogle+