Sit or stand in corners By the staff of Dirt Wheels 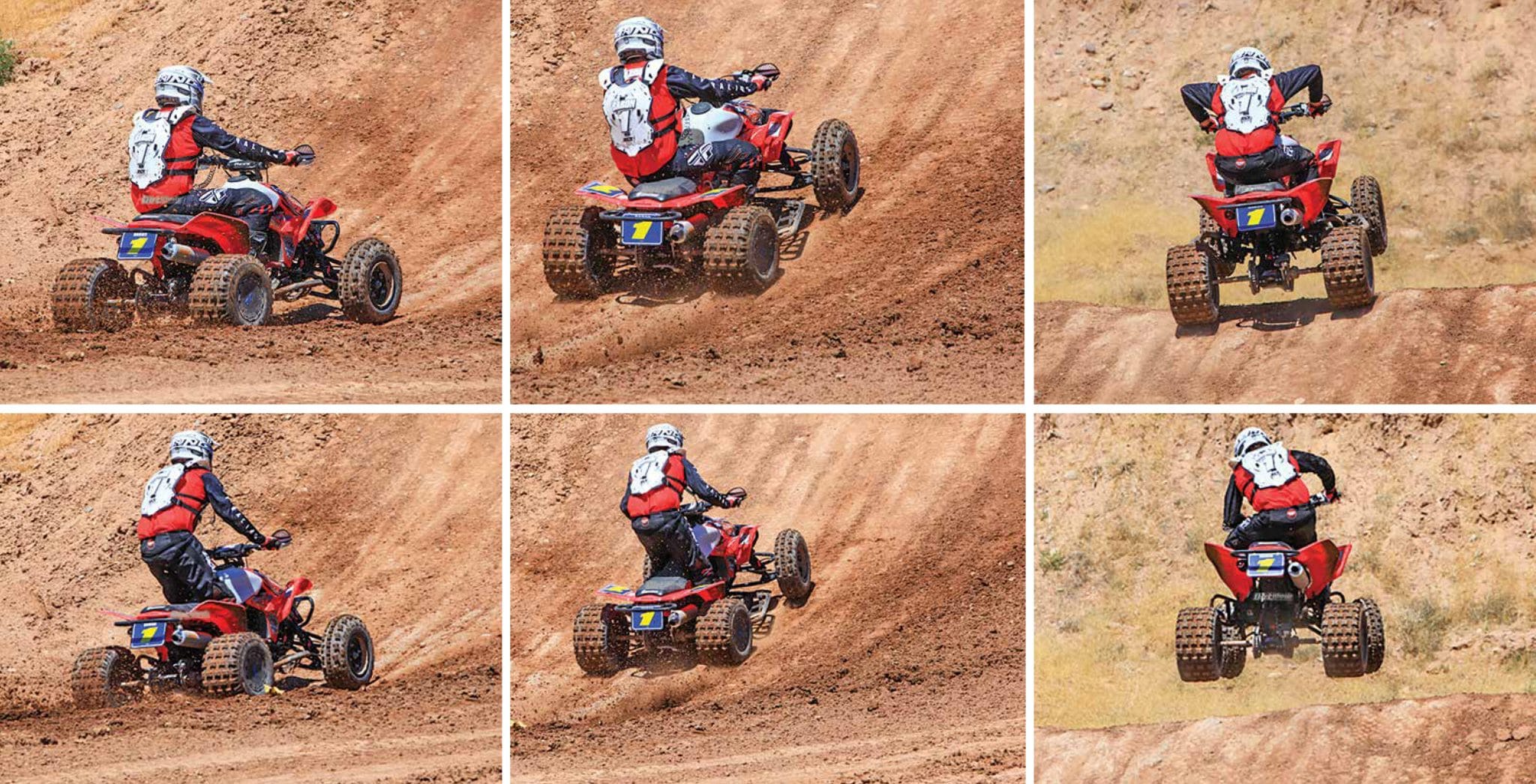 While looking at our photos of the Mesquite round of WORCS, Pro ATV champ and race winner Beau Baron hit one corner standing and sitting on different laps. We were curious and asked how he chooses whether to sit or stand in a corner. He was happy to explain it for Dirt Wheels readers.

“Typically, I will decide to stand up though a corner if I feel like I am losing too much traction to the rear wheels, and the back of the ATV is stepping-out. I will stand up so that I can apply more pressure to the outside foot-peg to prevent the rear from steping out and keep more traction through the corner. When you sit, you lean more to the inside and you can’t put the pressure on the outside peg like you can if you stand up. Standing, obviously, takes more energy, so you do not want to do it if you don’t have to.

“For this particular corner, I had enough traction in the rear that I could have stayed in the seated position and not used the energy to stand. Ultimately, I was trying to see what the best way to go through the turn was. Not so much for the turn itself, but in preparation for standing to hit the jump that immediately followed the turn.

The Best ATV Trails on the Planet