SEPT 24–BEHIND THE SCENES WITH MSR’S DAVE CASELLA

Dave Casella is one of those happening cool people that you could hang out with all day and go bench racing. Just ask any of the MSR team riders, who talk to him on a regular basis. Dave wasn’t always the life of a party though. Only a year ago Casella stepped into his current role at MSR, and from there the company took on a completely different look. After the recorder tape broke the first time we interviewed Dave (sorry again!), we caught up with him again to ask about the revamped MSR, Malcolm Smith, and signed riders. 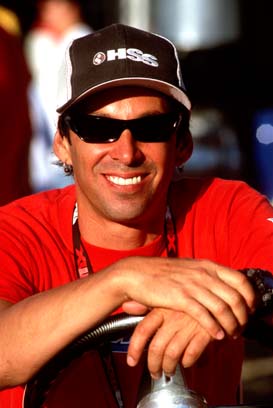 Let the party begin. What?s your role at MSR?
I am the Marketing Manager for the entire MSR brand. That includes the motocross, off-road, and hard parts division.

It sounds like you have quite a few responsibilities. Give us a day in the life of Dave Casella.
Well, I work with the design team on all of the designs, then I go over some marketing issues, and then I connect with all of the team riders and make sure that they have enough gear as well as just seeing what they?re up to.

For 2005, MSR has completely revamped their line of gear. How big of a part did you play in the restructuring of the brand?
I think that I just brought a fresh idea and look to the brand this year. The designs here were awesome and were some of the best in the industry, but I think that MSR was stuck in somewhat of a rut. When I came to work at this position, MSR was ready to move on and really tackle a new project. I gave everyone a direction of where I wanted the gear to go, and everyone just grabbed the bull by the horns and came up with some of the best gear out there.

SEPT 20–RACING IN THE NORTH WEST

OCT 1-BORICH BESTS BALLANCE IN BATTLE, BUT NOT WAR