According to Webster’s Dictionary, an addiction is a compulsive need and habit-forming behavior or activity causing well-defined symptoms. Thankfully, for all the other ATC-addicted people in the country, Dave Wylie’s ATC Addiction shop operates so you can get your fix. 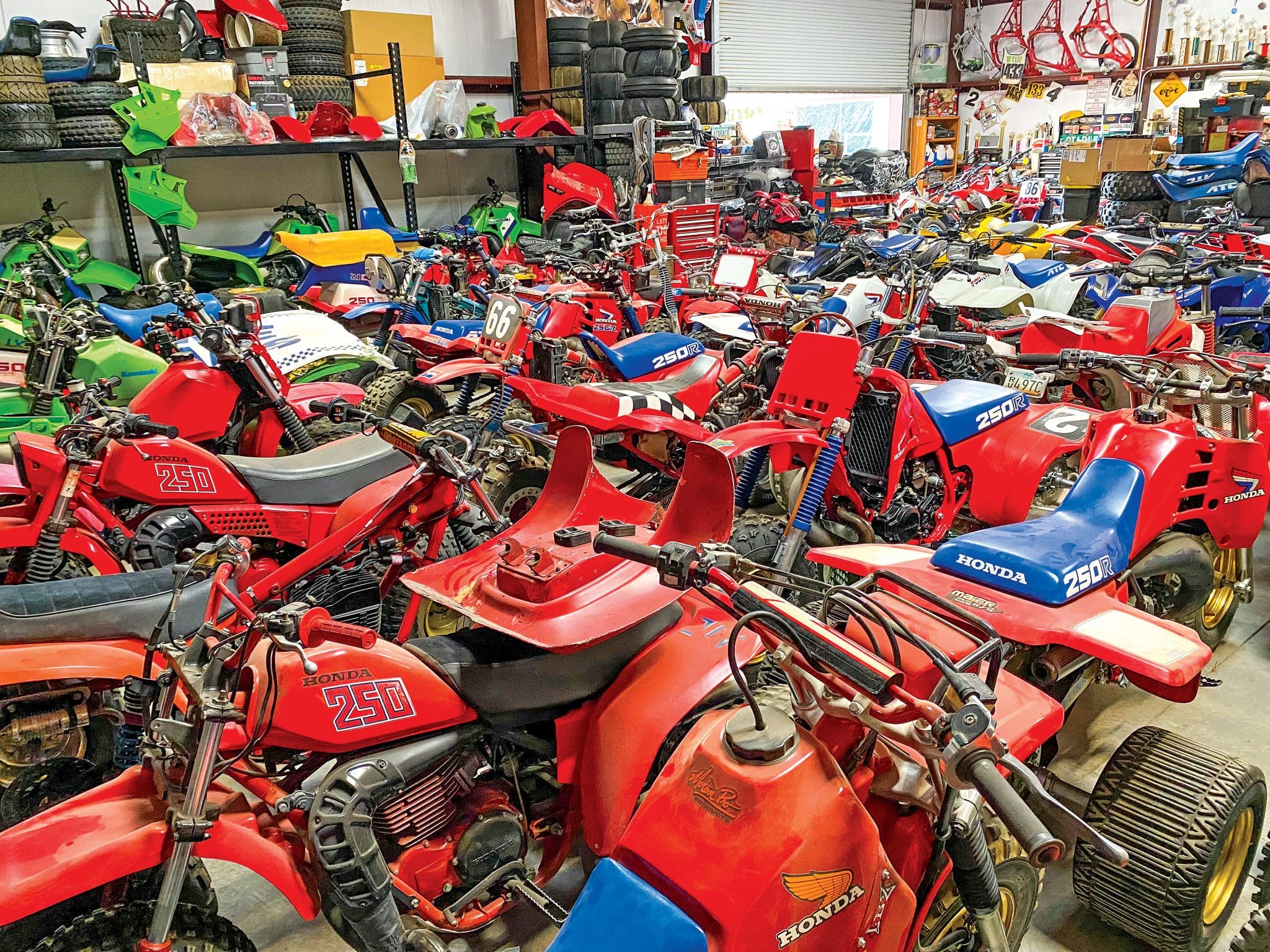 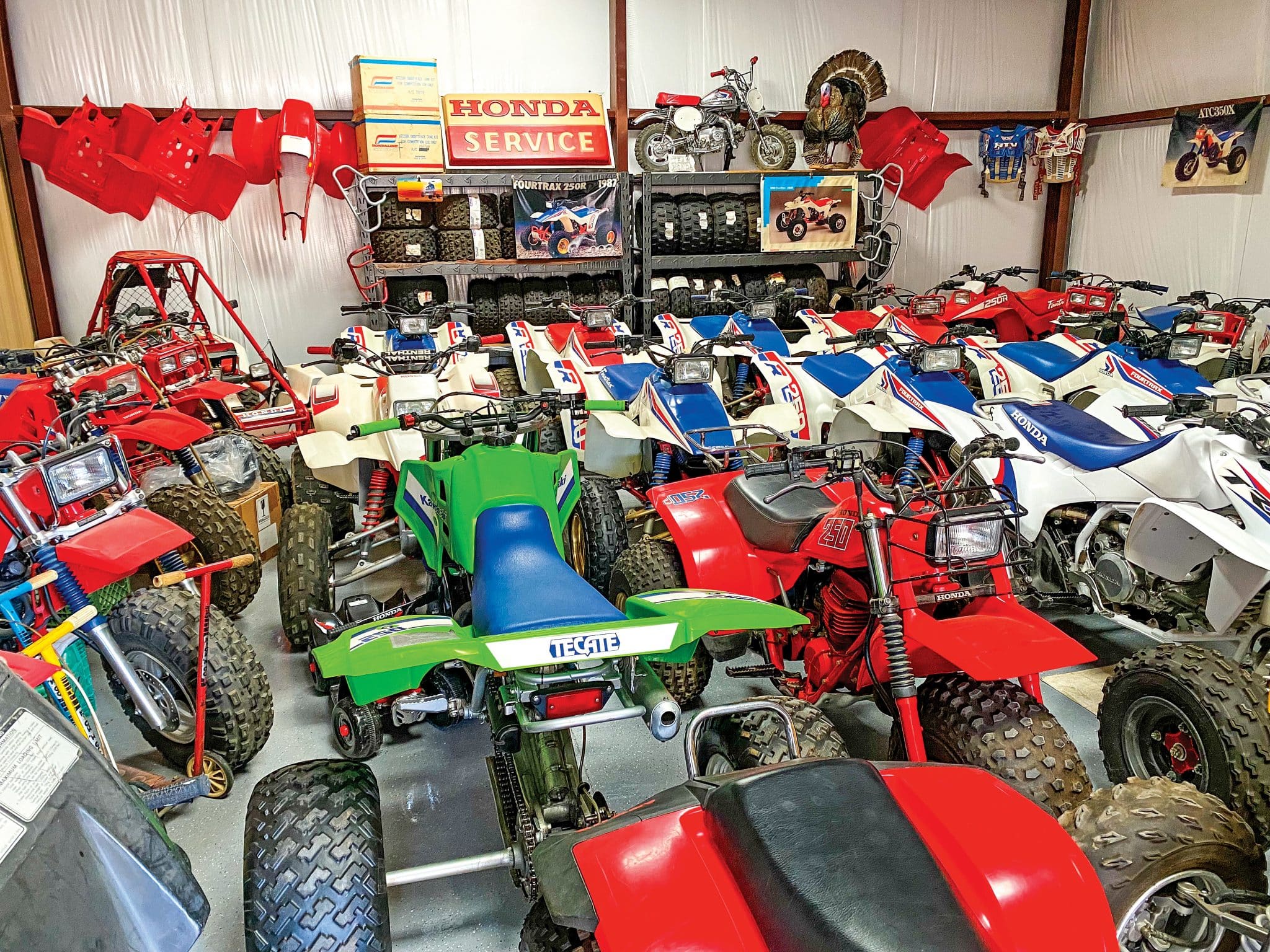 This is the room Wylie wants to turn into a reproduction of a 1980s showroom and eventually have it open to the public. He has enough machines to open the doors now.

Recently, we stopped by the Wylie compound in Arizona to take the nickel tour and see what his company offers and what he just can’t let go of. Now you know where to go to find that perfect seat you have been looking for. There are a lot here in perfect shape.

The shop is not necessarily open to the public, but you can give him a call at (480) 241-1228 if you are looking to buy, or sell a rare part or a complete machine. He has over 100 machines at any given time that we completely drooled over. Some are complete showpieces, some need restoring, and some are parts bikes. If you need something, chances are he’s got it. David competes in the WORCS, AZOP and Best in the Desert series. For some events, he likes his trusty old 350X; in others, he will ride an ATC 250R, and in some, he will ride one of his modern machines.

Some of his rare three-wheelers include Steve Mendenhall’s Kawasaki Tecate 3 racer, and a couple of Doug Roll’s Baja-winning ATC 250Rs. A prize possession includes a TRX200X four-wheeler that Dave says the Honda factory built out of the discontinued ATC200Xs back in 1987 and were only sold in South America.

David not only collects and sells three-wheeler parts and memorabilia, but he also races trikes, too. You can see him competing on a variety of new and old builds in WORCS, AZOP or in the Best in the Desert series teamed up with another ATC enthusiast, David Ham. No matter if you are looking for a stock or modified part, chances are ATC Addiction has what you need. If they don’t, they will help you find it. Many Honda ATC70s and Yamaha Tri-Zinger 50s were turned into coin-operated rides that you might find out in front of a grocery store. It was mom’s ammo with the kids. She could tell them to be good in the store and they can take a ride on the way out.

Over the years Wylie has worked with different companies to develop parts that are nearly impossible to get on the used market. To start off, he partnered with a graphics company to do decal reproductions for most ATCs. He has also worked with Maier Mfg. to make his own line of plastic products, like disc brake guards and number plates in a variety of colors. He is now working with Zipper tire to make and sell period-correct rubber.

So, if you cannot find it through ATC Addiction or anywhere else, and Dave feels there’s a large need for a particular part, give him time; he may just build it himself. For everything else, you can reach Dave Wylie at [email protected], (480) 241-1228 or www.ebay.com/str/atc-addiction. 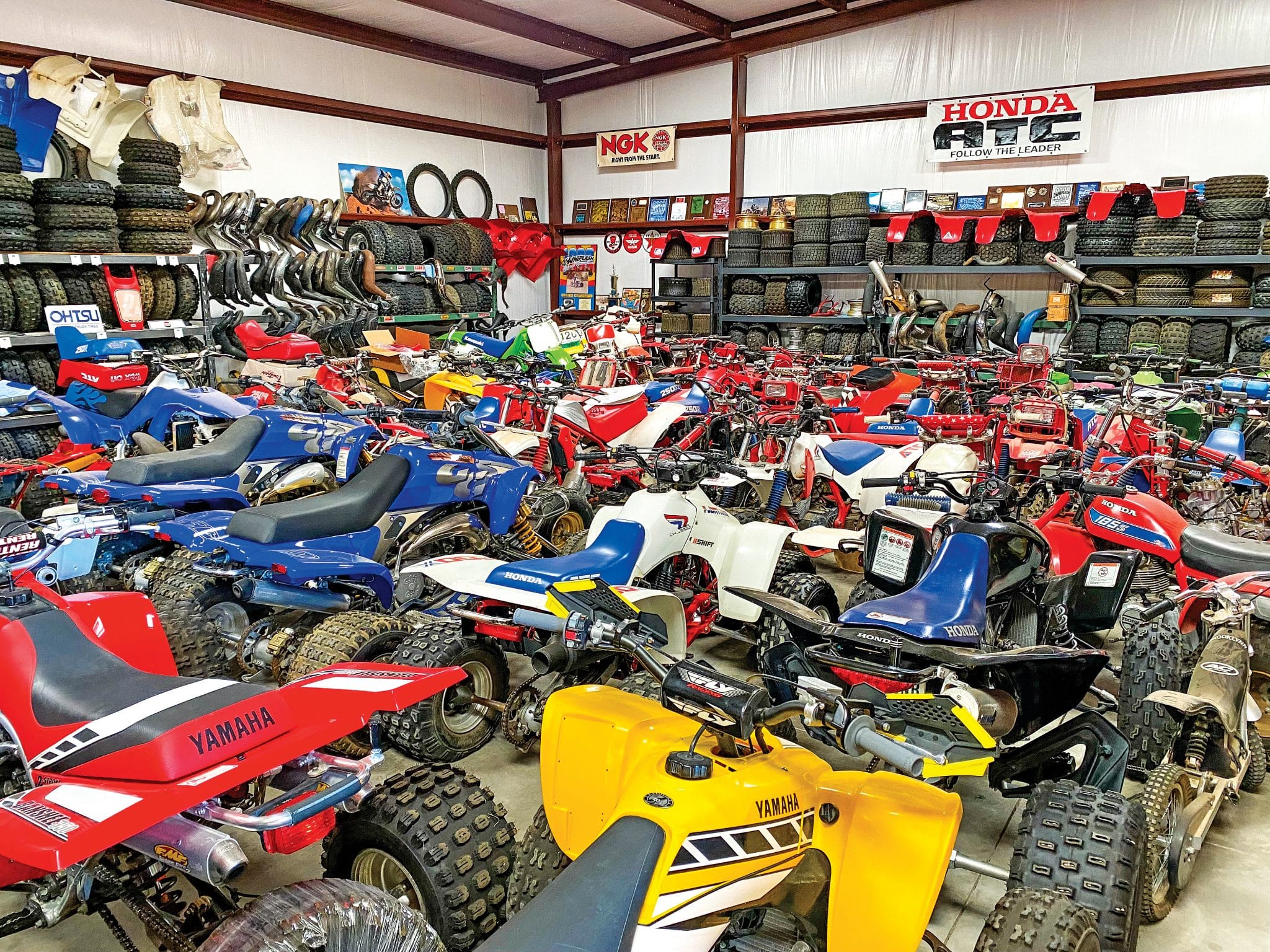 In this shot you can see a few of Wylie’s rarest vehicles; a pair of GasGas 300s and the TRX200X built and only sold in South America parked right next to them. Dave’s collection of ATC tires was very interesting. He has grooved race tires that may never have been offered to the public. The early race teams were trying everything they could to get the advantage on the competition. Here’s a nice example of an early ATC 250R Missile two-wheeler that must be a blast to ride in the sand. Dave repurposed a skateboard rack into an axle holder. That reminds us of an axle buyer’s guide we did 20 years ago where we displayed them on a rear-window rifle rack.

Inventory, memorabilia and keepsakes all co-exist in Wylie’s shop. Dave has been racing and riding three-wheelers and quads since he was a kid. For the past 20 years he’s added collecting to that list. Another collection of gear nicely arranged. This time it was the wildly popular 1980s chest protector from JT. Nowadays, JT sells protective gear for pain-ball enthusiasts. 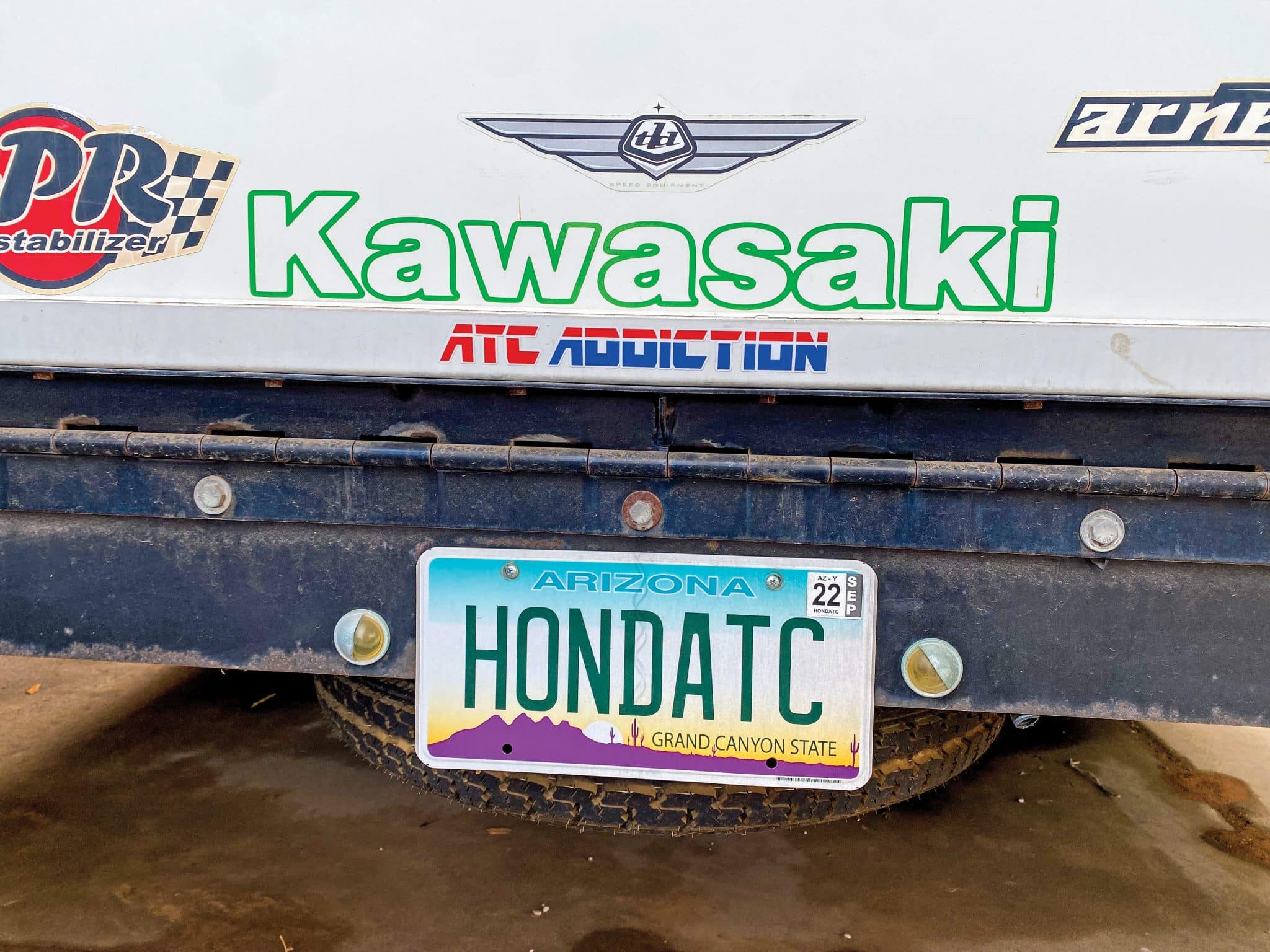 If you see one of these plates on the highway, you can bet Dave is inside heading to a race or going to pick up a load of ATCs he saved from the scrapyard and, yes, feeding his ATC Addiction.